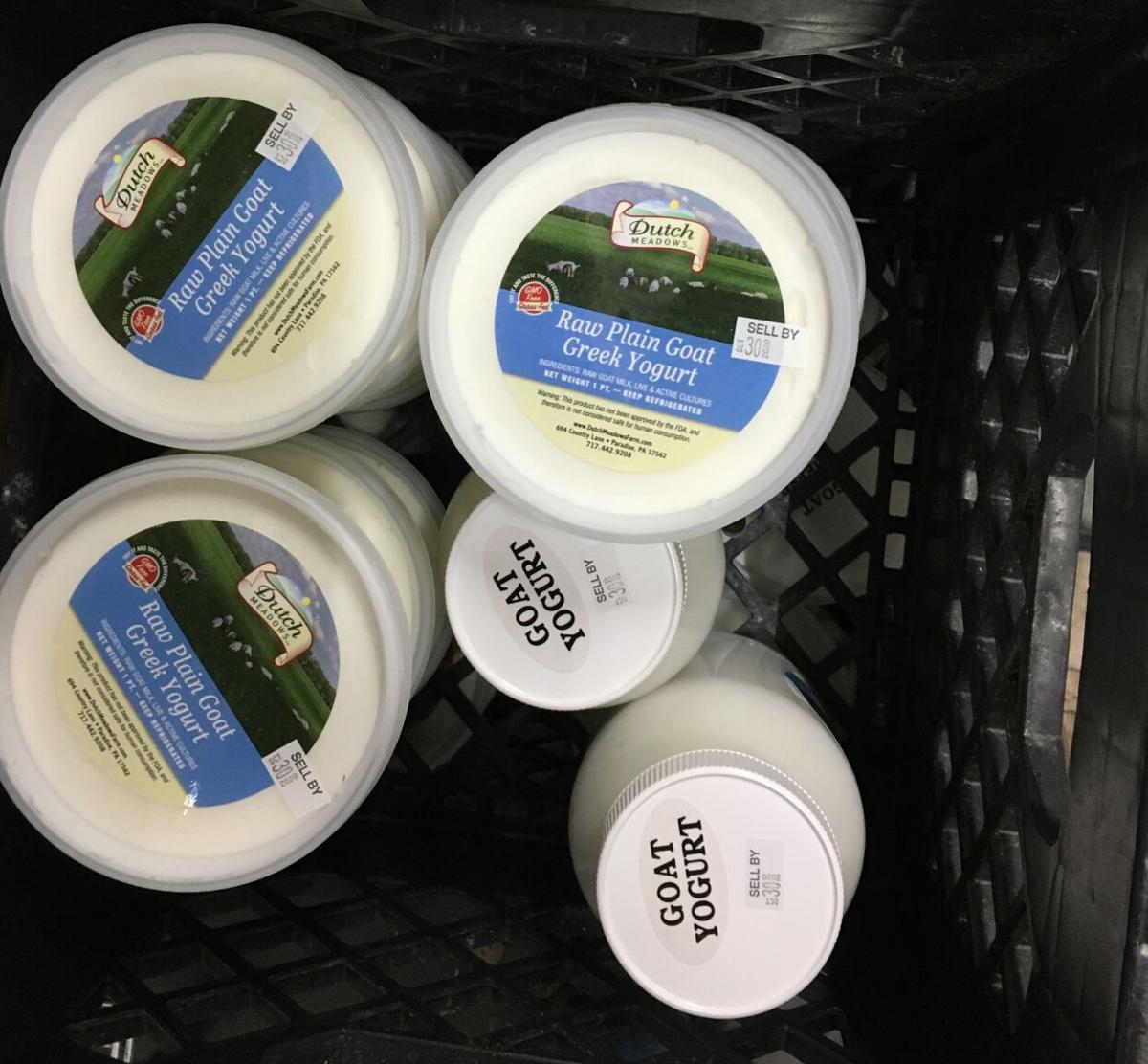 This image shared by officials at the state Department of Agriculture shows yogurt made with raw goat milk, which may be contaminated with E. Coli. The yogurt, produced at Crystal Brook Farm, was sold at the on-farm store at 3568 Scenic Road in Gordonville and the Dutch Meadow retail store at 694 Country Lane in Paradise. It also may have been distributed further, officials said. 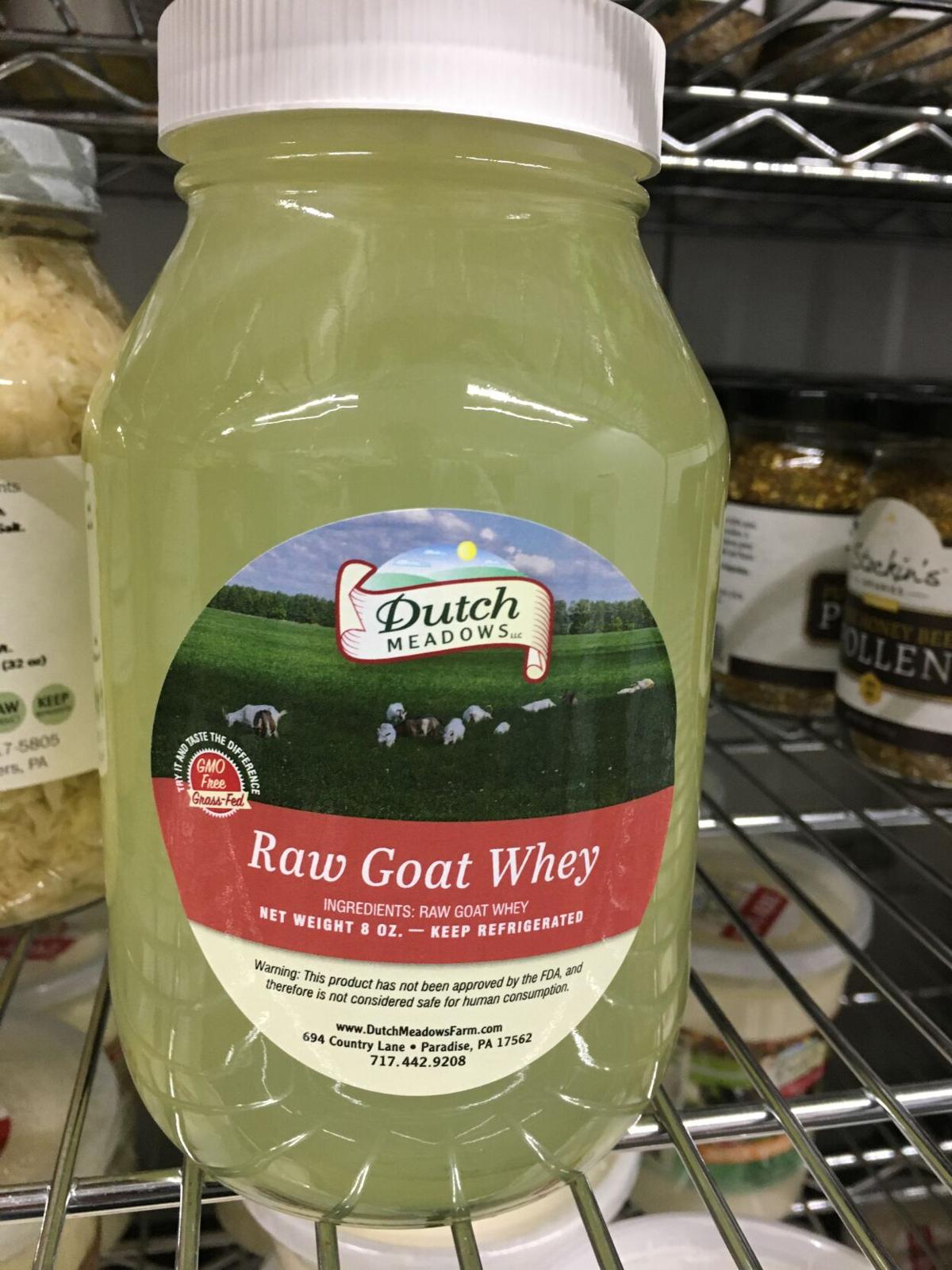 This image shared by officials at the state Department of Agriculture shows whey made with raw goat milk, which may be contaminated with E. Coli. The whey, produced at Crystal Brook Farm, was sold at the on-farm store at 3568 Scenic Road in Gordonville and the Dutch Meadow retail store at 694 Country Lane in Paradise. It also may have been distributed further, officials said. 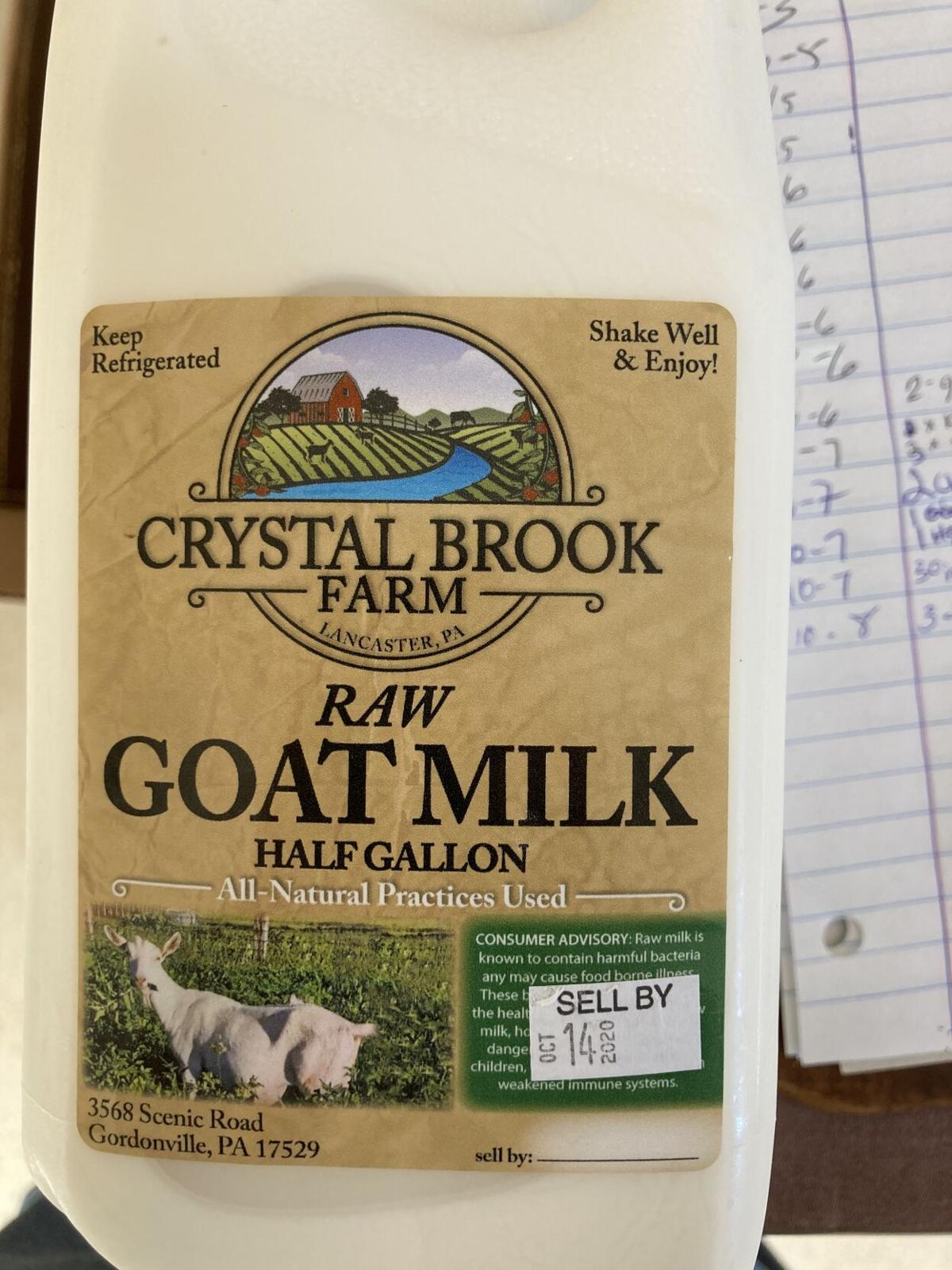 This image shared by officials at the state Department of Agriculture shows raw goat milk, which may be contaminated with E. Coli. The milk, produced at Crystal Brook Farm, was sold at the on-farm store at 3568 Scenic Road in Gordonville and the Dutch Meadow retail store at 694 Country Lane in Paradise. It also may have been distributed further, officials said. 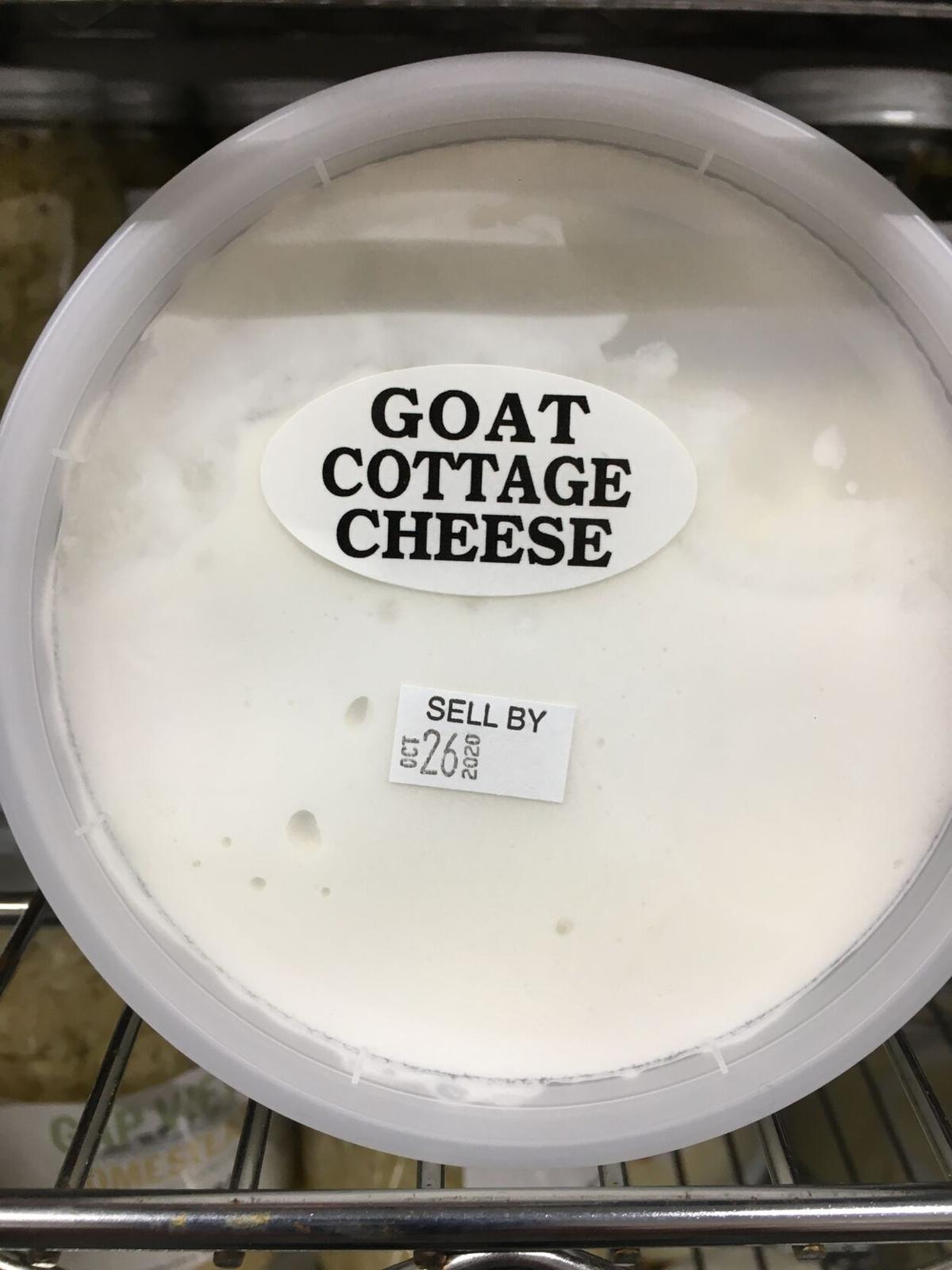 This image shared by officials at the state Department of Agriculture shows cottage cheese made with raw goat milk, which may be contaminated with E. Coli. The cheese, produced at Crystal Brook Farm, was sold at the on-farm store at 3568 Scenic Road in Gordonville and the Dutch Meadow retail store at 694 Country Lane in Paradise. It also may have been distributed further, officials said.

Dairyman Henry Miller estimates he gets about 20 weekly customers visiting his small, farm-side store in rural Leacock Township, where he sells pork, beef, lamb and eggs raised on his 20 acres.

But sales of all of those items at his Crystal Brook Farm pale in comparison to his most popular offerings — raw goat milk and products made from it, he said.

“There is a huge demand for raw products,” Miller said.

Get checked, CDC advises those who drank raw milk from this Lancaster County farm in past 3 years

But there’s also a problem: a number of the raw-milk products he sells are illegal, prohibited by state law because there’s potential they'll spread bacteria-related illnesses to consumers. Selling illegal products is a violation Miller admits to committing.

“It’s not a secret,” said Miller who sees it simply as fulfilling market demand.

Miller shared his views on raw milk late Friday morning, just two days after regulators at the state Department of Agriculture announced that disease-causing E. coli bacteria had been found in his products.

“This incident is still under investigation,” department spokeswoman Shannon Powers said. “No citations have been filed and no penalties assessed to date.”

Powers acknowledged that punishments for violating raw milk statutes are not too common. In fact, it’s been several years since a raw-milk-related penalty or citation has been issued in the state, Powers said, although she was unable to quickly provide records of past punishments.

In Pennsylvania, farmers and others dealing in raw milk must secure permits to do so from the agriculture department, agreeing to regularly test their products for bacteria and other pathogens. That’s in addition to opening their operations to inspections by department officials.

Miller was ordered to cease selling those items, and consumers who purchase raw products — liquid milk, yogurt, whey and cottage cheese — labeled with Crystal Brook Farm branding on or before Tuesday were instructed to throw them away, according to the announcement.

“Sales of the milk will not resume until two consecutive tests from samples drawn at least one day apart show the raw milk produced at the dairy is free from disease-producing organisms,” the announcement reads.

Raw milk is much more likely to contain harmful bacteria because it does not go through pasteurization — a process of heating milk to a certain temperature for a certain amount of time to kill off illness-causing pathogens. It’s a process that was popularized in the 1950s and has since been mandated apart from permitted exceptions.

According to Kaylegian, Pennsylvania is a leader in both permitted raw milk dealers and related illness outbreaks.

Miller said he’s aware of those risks, and he refers to them on his farm store’s website in a consumer advisory, which reads: “Raw milk is known to contain harmful bacteria and may cause food-borne illness.”

With that said, the 32-year-old said he’s been consuming raw milk products since he was a child and knows many others who have done the same without becoming ill. On top of that, Miller said he believes the pasteurization process, which results in the loss of some milkfat, makes dairy products less nutritious.

“I just wish I could explain in the right way how healthy raw milk is for people,” he said.

That's a belief Kaylegian said she's heard before and one she wholly dismissed.

'Lancaster County would never be the same': Complaints rise to top as Plain Sect dairy farmers struggle to survive [in-depth]

“Personally, I do not see any benefits to drinking raw milk,” she said. “It can harbor organisms that can kill you.”

For that reason, raw milk products are entirely illegal in some states, she said. In Pennsylvania, they can only be sold in the two forms deemed least risky —fluid milk and 60-day aged cheese.

Miller has admitted to breaking that rule. The yogurt, whey and cottage cheese referenced in the Department of Agriculture announcement are illegal for Miller to sell.

That’s mostly because they have a longer shelf life, which increases the time over which harmful bacteria can grow, Kaylegian said.

But all of those products, Miller said, drive business, including demand from city dwellers who travel regularly from as far away as New York to purchase dairy from his 60-goat operation.

“People can hardly find it, so people who want it have to search pretty hard,” he said.

According to Wednesday’s announcement from the agriculture department, Miller’s products were sold in at least two locations — his Scenic Road farm store, as well as the Dutch Meadow retail store along Country Lane in Sadsbury Township. They may have been further distributed, officials said.

On Friday, Miller said he believes some level of government scrutiny is necessary, but he wonders whether there should be exemptions for small operations similar to his own. There, he said, he keeps a focus on cleanliness.

Now, Miller said he is worried that the regulators announcing their finding of bacteria in his dairy products could have a long-term, negative impact on business.