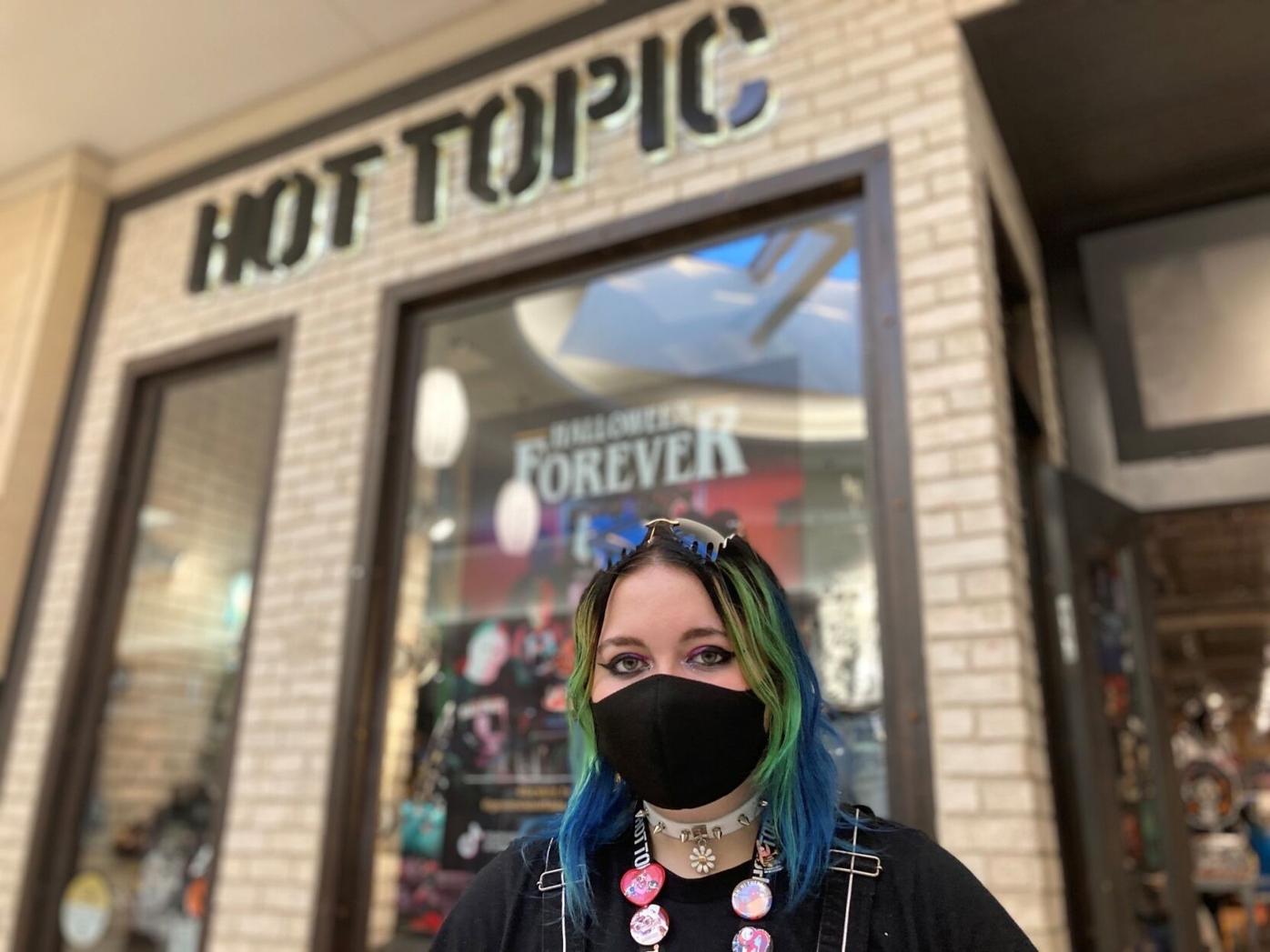 Phoebe Koppenheffer, 18, poses outside Park City Center in Lancaster on Thursday, Oct. 21, 2021. The Hot Topic employee whisked a 13-year-old girl to safety and helped others in the aftermath of a shooting in the mall four days earlier in which four people were shot, including the gunman. 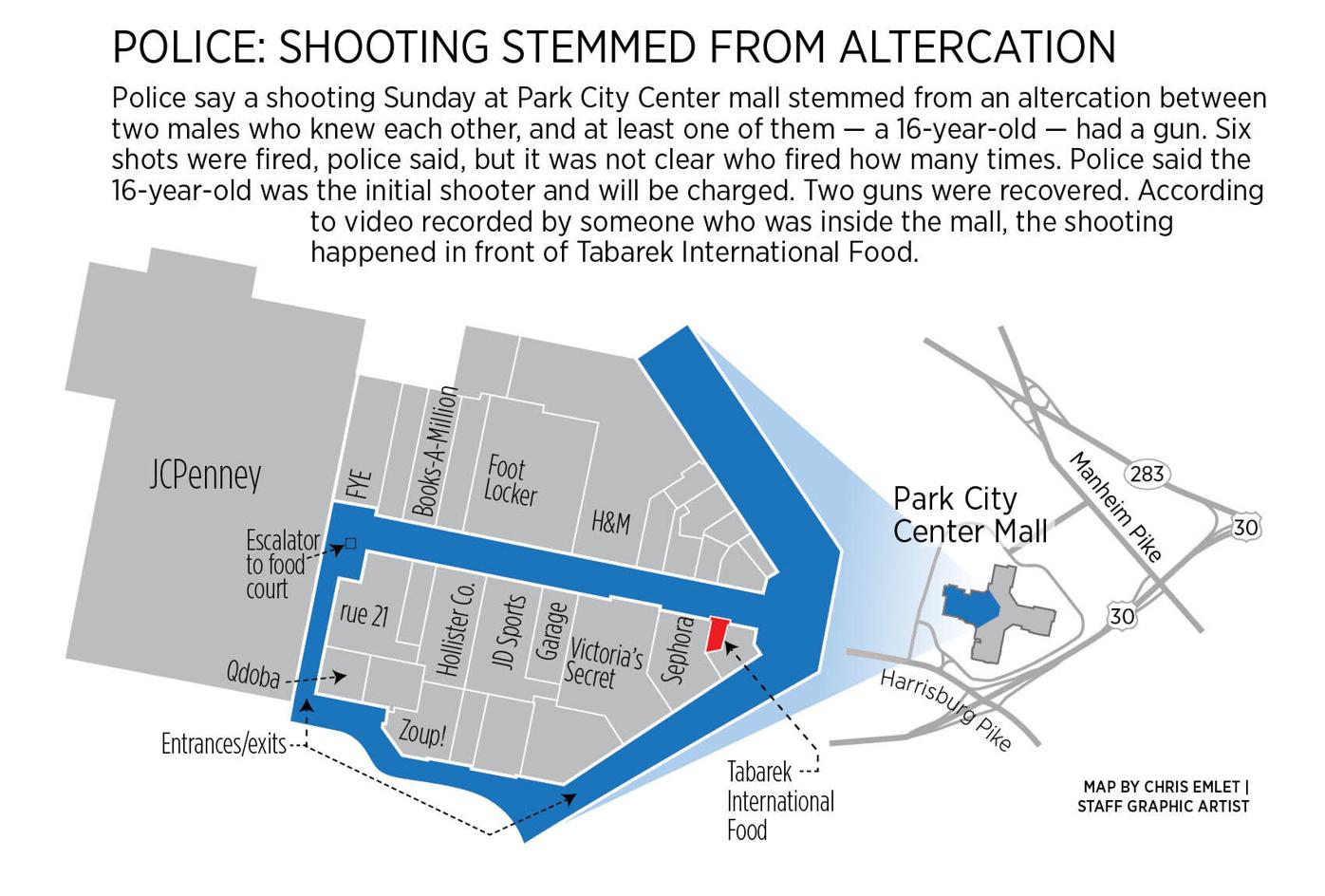 Phoebe Koppenheffer, 18, poses outside Park City Center in Lancaster on Thursday, Oct. 21, 2021. The Hot Topic employee whisked a 13-year-old girl to safety and helped others in the aftermath of a shooting in the mall four days earlier in which four people were shot, including the gunman.

All Phoebe Koppenheffer could think of is that instinct kicked in Sunday in the aftermath of the shooting at Park City Center, compelling her to whisk a 13-year-old girl away to safety.

The 18-year-old Hummelstown resident didn’t hear the gunshots from where she was inside her store, Hot Topic, about 100 yards from the gunfire in the JC Penney wing. She heard something else.

“I heard the people screaming and running, and I thought it was just like a prank, like people were filming a stupid video for YouTube or TikTok. And then I looked at my co-worker who's working the (register), and she said that there were gunshots and to run,” Koppenheffer said Thursday evening.

She grabbed Tori Stewart, a 13-year-old girl, who had been shopping for earrings with her mother, Dora Aipa, 51.

“And at that point my brain kind of shut everything else that was happening down and I guess I just latched on to her and I got her out,” Koppenheffer said. “One of my siblings is her age, so it was just instinct for me to get the kid out right now … . I have really bad anxiety. So I wouldn't want to be in a situation like that (at age 13), not to mention it's a shooting.”

Aipa, who on Sunday described her experience to an LNP | LancasterOnline reporter shortly after the shooting, referred to Koppenheffer as the “girl with the rainbow hair” — for her blue, green and black hair — and returned to the mall Monday to thank Koppenheffer in person.

“I asked her, ‘Why did you do that?’ She’s not a mom. That’s a mom thing,” Aipa recounted Thursday evening. “I thanked her so much, I started crying.”

Tori was still too shaken to go with her mother Monday, but Aipa said she’s going to bring Tori this Sunday to meet Koppenheffer.

Koppenheffer said she didn’t even process that she grabbed Tori until Aipa came to the store Monday because of how chaotic the shooting’s aftermath was.

Aipa said Koppenheffer helped other people as well, ushering them through the back of Hot Topic and out a door to an employee hallway. The exit of that hallway either was locked or stuck, Aipa said, and people were piling up “like sardines,” climbing atop one another until her son Logan, 19, forced the door open.

Koppenheffer “was getting knocked down. She was getting stepped on,” said Aipa, who lives in Fort Lauderdale, Florida, but is staying in Ephrata and contemplating moving back to Lancaster County, where she’s from.

Aipa figures she was reunited outside the mall with Tori and her sons after about 10 minutes, but it seemed like forever.

Koppenheffer, a senior at Hershey High School, said her co-workers told her she was a hero.

“I'm just glad that everybody got out safe and that there are no fatal injuries, and I'm glad that (Tori) got out to her family because I can only imagine being separated for a minute and being like, ‘Where is my mom?’ ” she said.

When: Ephrata Area school board meeting, Oct. 18, at Ephrata Middle School and streamed via Zoom.

2 minutes of terror: A look inside the Park City Center shooting now that charges have been filed

His family told Jeremiahs Josiah-Alberto Sanchez to be careful not to go too many places by himself. Tammy Moore said her grandson would call …

Do 'no gun' signs have the power of law? Here's what we found