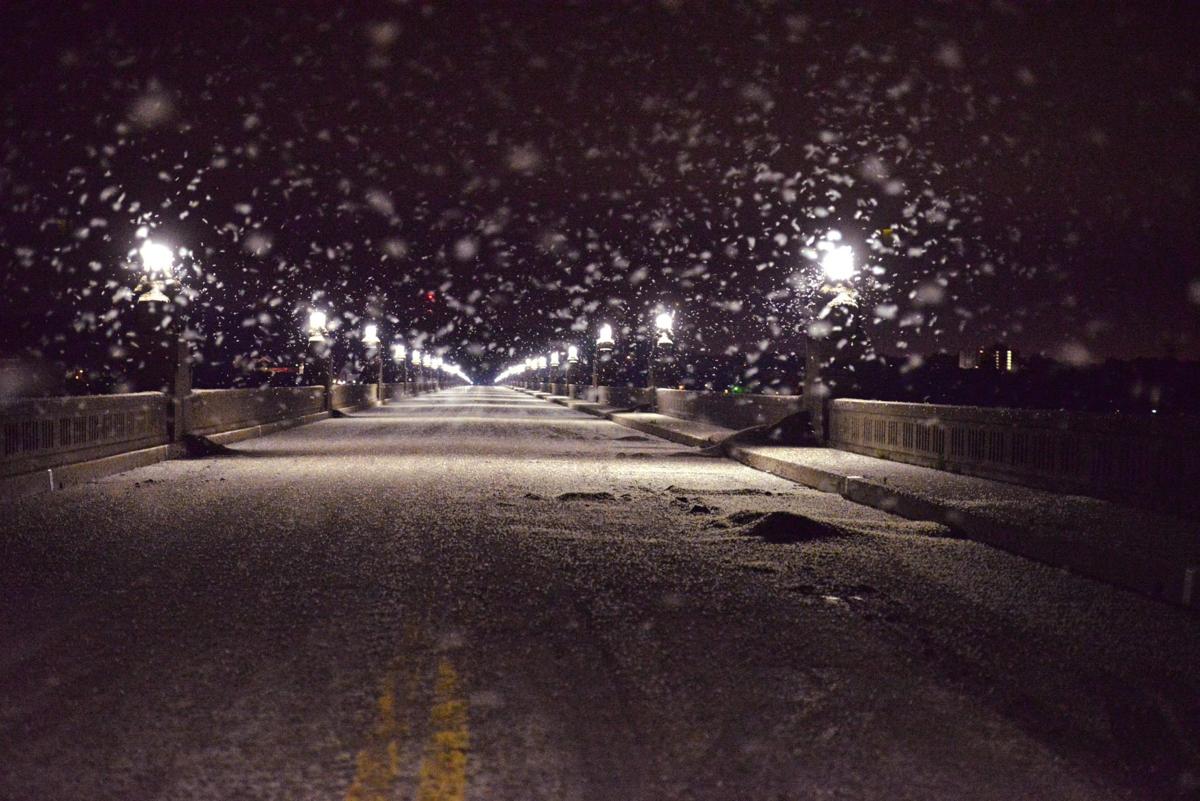 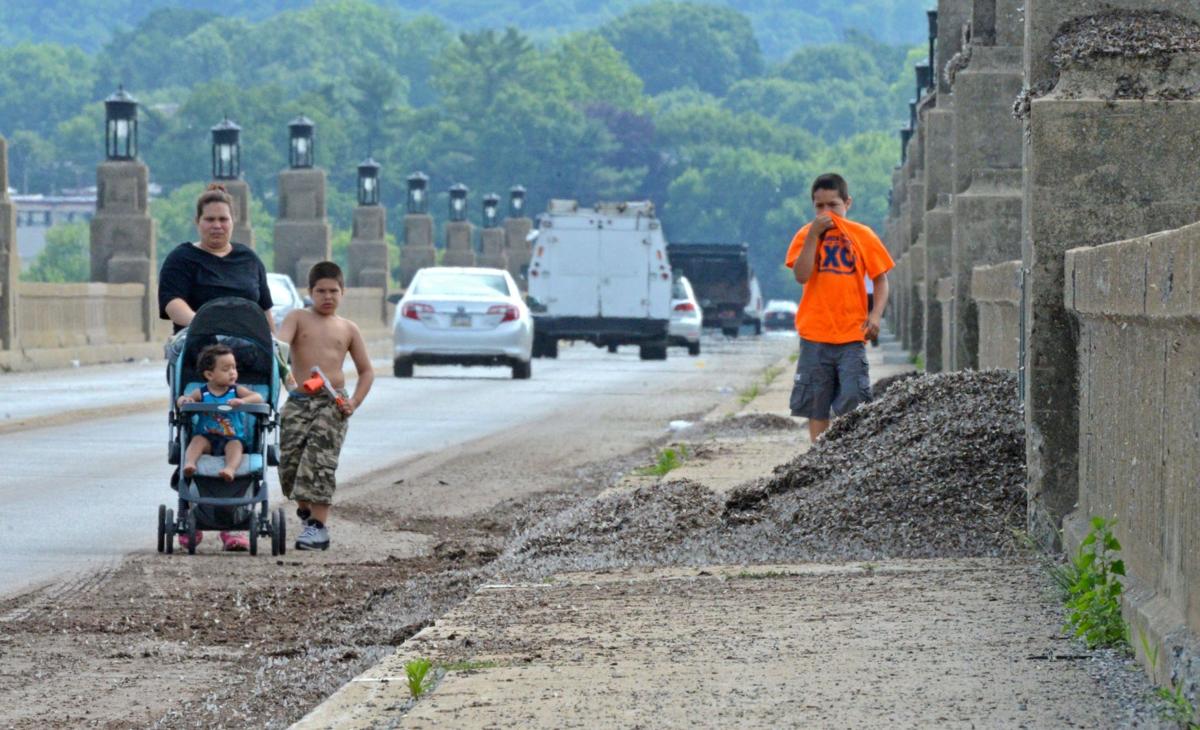 In this photo from June 2014, pedestrians crossing the Veterans Memorial Bridge were forced to walk around mayflies piled more than two feet deep.

Soon, millions of mayflies are expected to make their annual flight over the Susquehanna River in Lancaster County, swarming so densely they’ve caused crashes on Veterans Memorial Bridge.

But this year, they won’t be alone on the bridge, which carries Route 462 between Columbia Borough and York County.

They’ll be joined by lighting specialists, who’ve been hired by Pennsylvania Department of Transportation officials looking for a way to minimize the swarms.

According to PennDOT Project Manager Mark Malhenzie, the lighting specialists with Harrisburg-based Brinjac Engineering Inc. were awarded just more than $100,000 to explore solutions.

The problem, Columbia Borough Manager Mark Stivers said, is that the flies are attracted at nighttime to lamps lining the bridge.

Swarms near the lights have caused vehicles, including motorcycles, to crash, Malhenzie said.

Many flies die atop the bridge, creating large piles that snow plows have been used to remove, Stivers said. They can also make the road surface slippery.

In the past, officials turned off lamps, darkening the bridge to keep the bugs away.

“That seemed to help ... but it’s also not ideally the safest situation,” Malhenzie said.

Now, PennDOT officials are planning a major, multimillion-dollar rehabilitation of the bridge. And Malhenzie said it made sense to look at the mayfly problem, too.

Want to help stop the spread of spotted lanternflies without the sticky bands? Here’s how to build a new trap

A new type of trap captures spotted lanternfly and has less of a chance of trapping other bugs or birds.

The mayflies swarm each June to mate. During that period, Brinjac employees will make trips to the bridge, where they will swap out existing lighting with bulbs of differing colors and intensities.

The idea, Malhenzie said, is to find a combination that will minimize swarms while keeping the bridge lit.

Lighting specialists also will be looking at the Market Street bridge in Harrisburg, which spans the Susquehanna to connect Cumberland and Dauphin counties.

That bridge is lit on the underside, and Malhenzie said the Brinjac employees can change the color of that under lighting, looking for a way to attract the flies and keep them below the bridge surface.

If they are successful, Malhenzie said, under lighting could be included in the Veterans Memorial Bridge project.

Malhenzie said it’s likely that lighting recommendations will be made by the fall, and then there will be discussions about cost, some of which local municipalities may have to cover.

Only about 25% of the engineering has been completed on the larger bridge rehabilitation project, Malhenzie said. Construction likely won't begin until 2023.

Shopping at Lancaster Central Market? Starting Friday, a mask will be required

How risky is dining out during the COVID-19 pandemic?

Editor's note: This story will be updated throughout the day with the latest COVID-19 news.

'You can't keep treating people like this': Family-owned business in Columbia vandalized overnight

When Jim Stover graduated high school in 1963, he picked up his grandfather's business, operating Stover's News Agency in Columbia.

The Route 283 westbound off-ramp in East Hempfield Township closed Monday at 9 a.m. as part of an interchange reconstruction project.