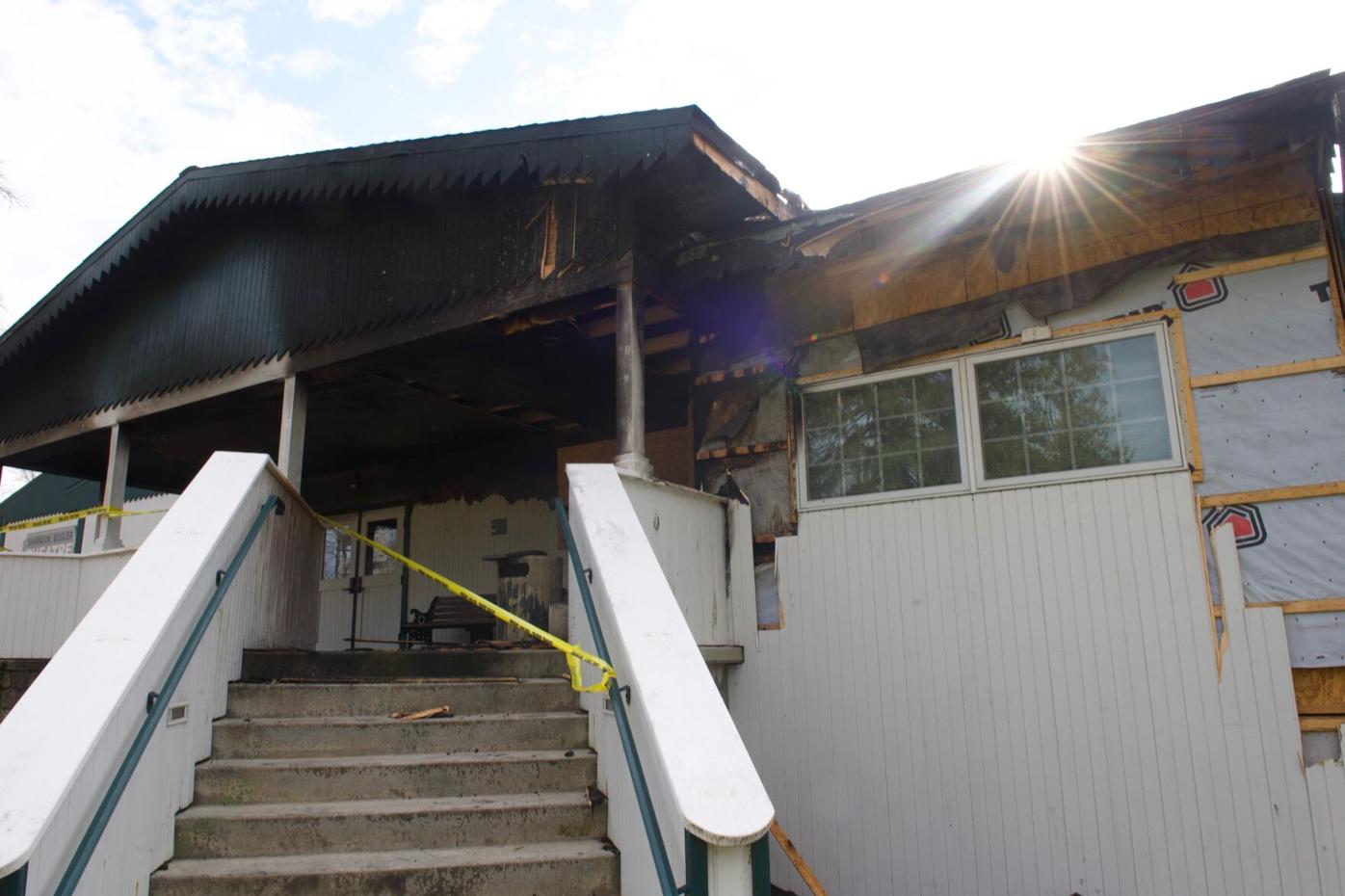 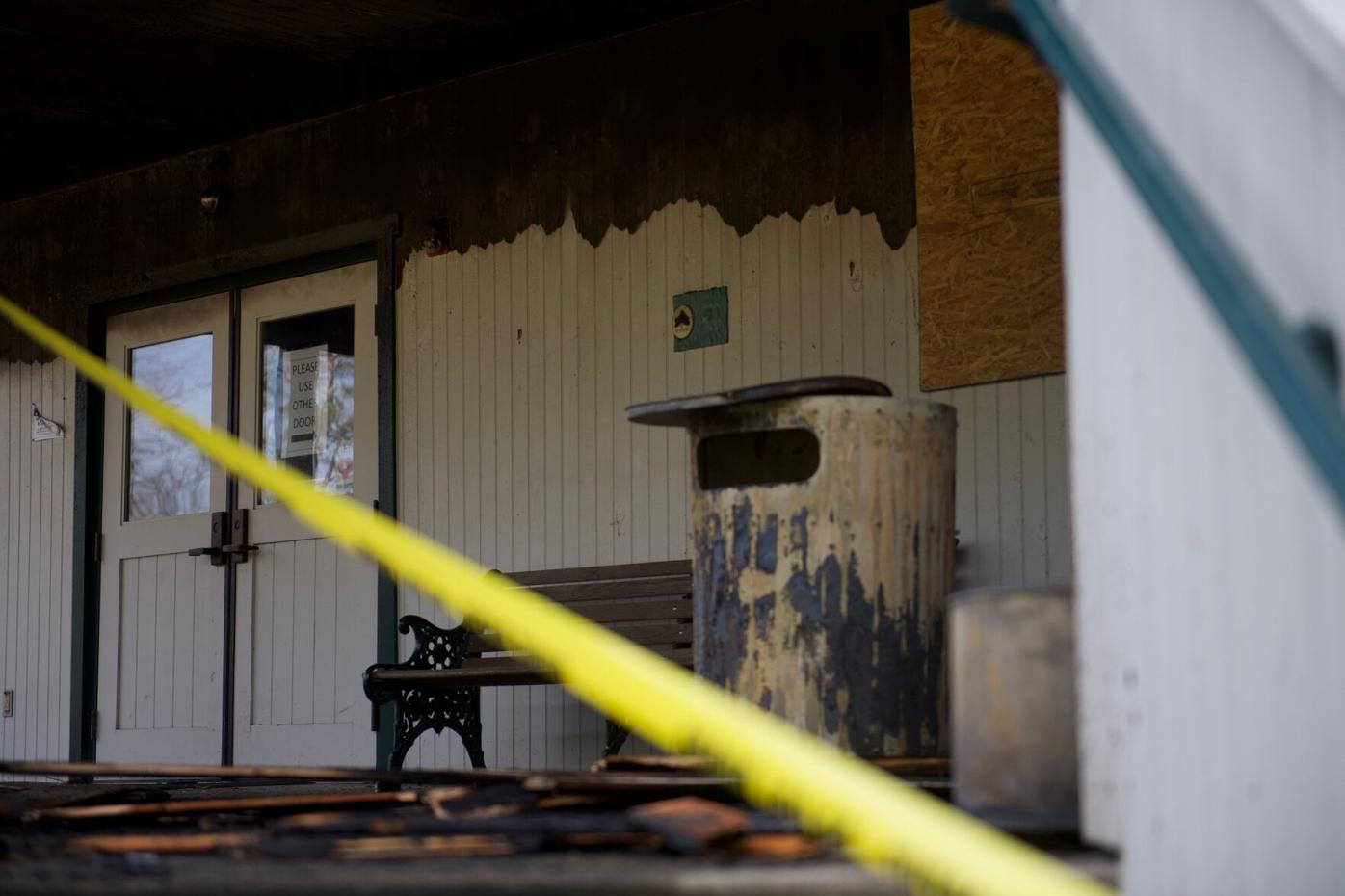 A fire, which is believed to have started in the trash can seen here, caused thousands of dollars worth of damage to Ephrata Performing Arts Center’s Sharadin Bigler Theatre, Wednesday, Nov. 25, 2020. The fire happened shortly after 10 p.m. on Tuesday. 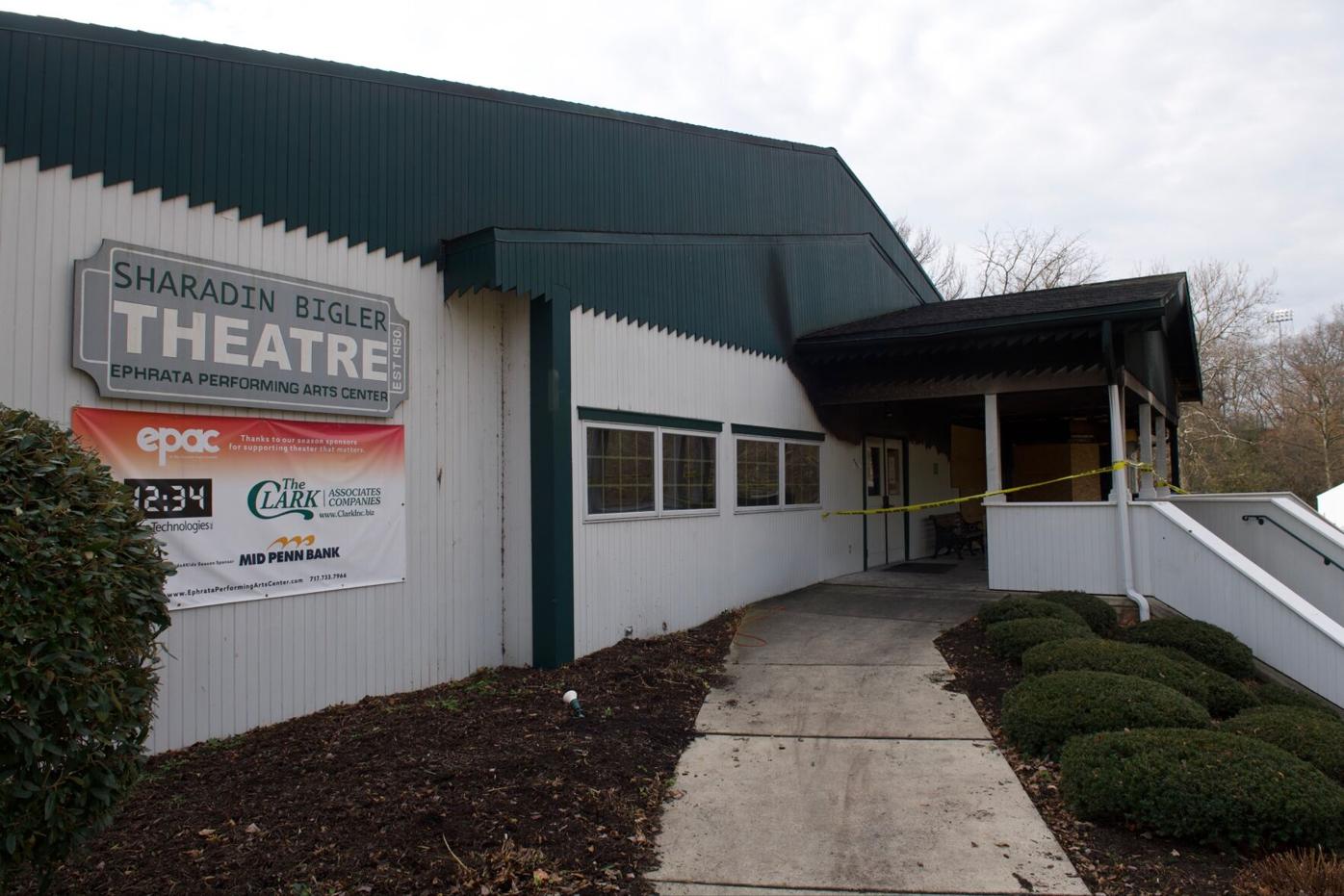 A fire, which is believed to have started in the trash can seen here, caused thousands of dollars worth of damage to Ephrata Performing Arts Center’s Sharadin Bigler Theatre, Wednesday, Nov. 25, 2020. The fire happened shortly after 10 p.m. on Tuesday.

A fire Tuesday night at the Ephrata Performing Arts Center’s theater caused at least $25,000 in damage.

Bob Checchia, vice president of the center’s board of directors, said the fire is believed to have started shortly after 10 p.m. on the Sharadin Bigler Theatre’s porch. He said it’s unknown if it was intentionally set, but no one was at the building when it happened.

No injuries were reported.

The fire is the latest blow to the center as it navigates the ongoing COVID-19 pandemic. A flood in May ruined the theater’s lower level.

“It’s been one thing after another,” Checchia said. “But we keep plugging along.”

EPAC opened the doors to newly renovated facility in 2004; looks to 2005 with anticipation

A restoration company was evaluating the building Wednesday afternoon, according to Checchia.

“It’s a devastating blow,” he added.

Two shows were planned this month as part of the center’s “EPAC at home” digital initiative. As of Wednesday, only one of the show’s — “Santa’s Surprise Party” — had been recorded. It will air on YouTube on Thursday and will be available through New Year’s Day. More information is available at www.ephrataperformingartscenter.com.

While Checchia said people could donate to the center to help cover repairs, he noted since the fire happened so close to the ExtraOrdinary Give, the theater didn’t want to overplay its hand.

According to the center’s profile page at the ExtraOrdinary Give’s website, as of Tuesday afternoon it has raised $38,075 of its $40,000 goal.

“We’re very strong,” he said of the theatre and the board. “We’ll get through this.”

Ephrata to debut playhouse in 2004

Bringing it all back home: Jonathan Groff performs at the Ephrata Performing Arts Center

Multiple shots were fired into an occupied home in Columbia on Monday night, according to police.