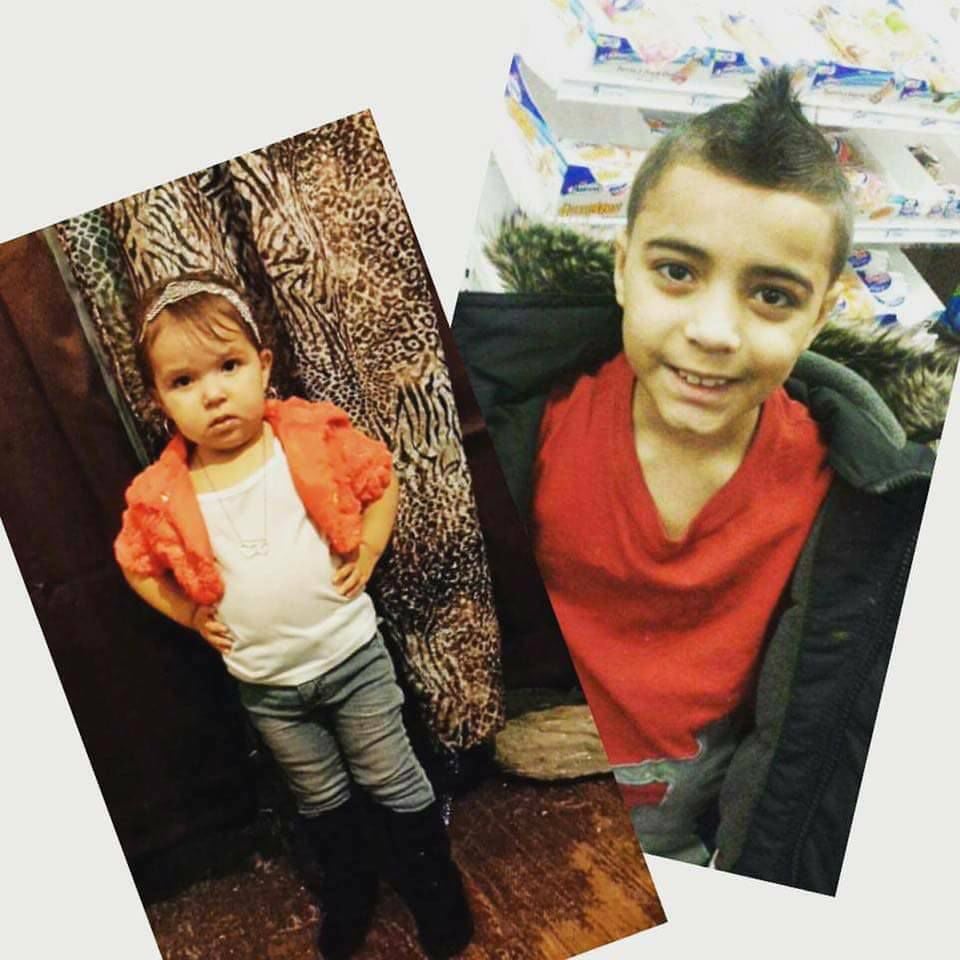 This photo posted on Facebook by an aunt of the children shows Ginaya Mercado, left, and Richie Zaragoza. 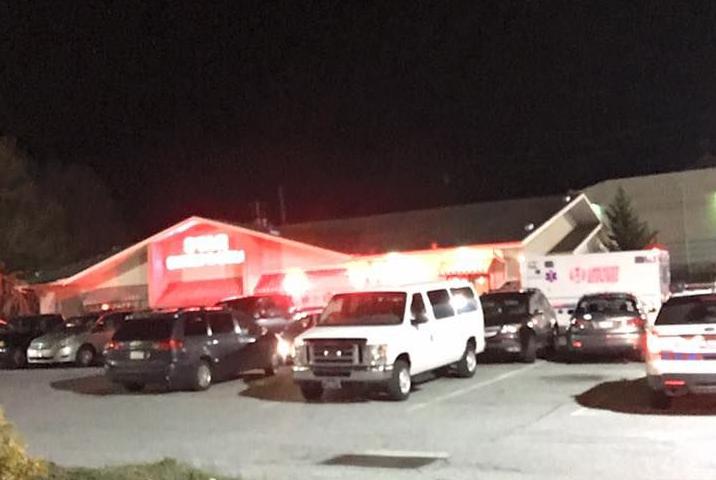 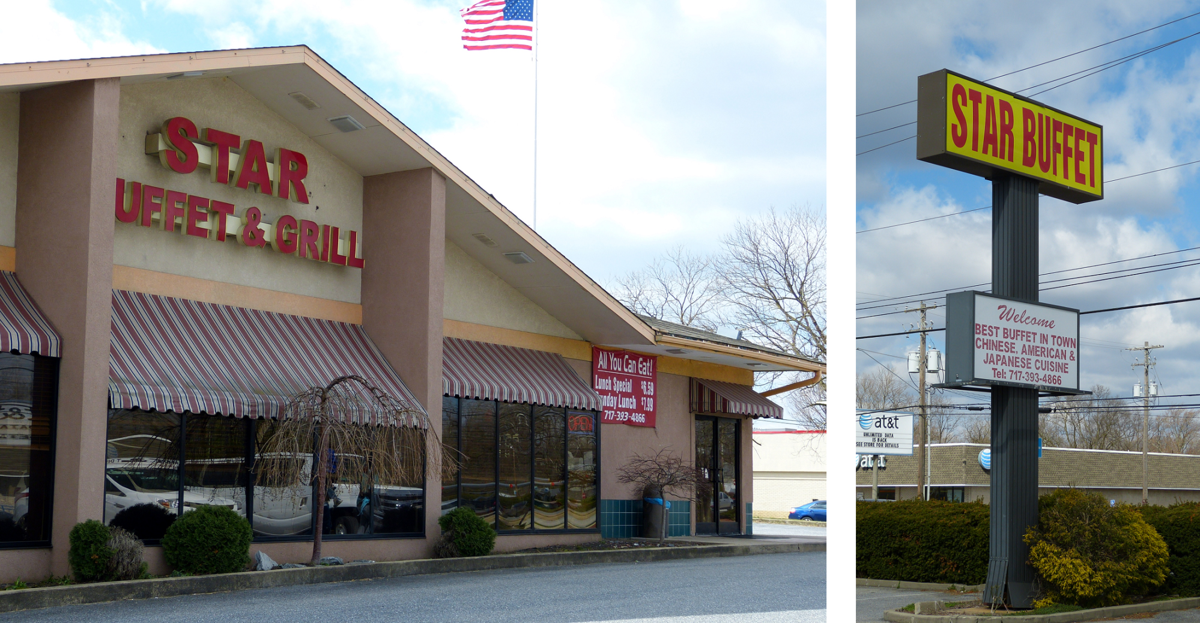 The Star Buffet & Grill at 2232 Lincoln Highway East will be torn down and replaced with new building.

This photo posted on Facebook by an aunt of the children shows Ginaya Mercado, left, and Richie Zaragoza.

The Star Buffet & Grill at 2232 Lincoln Highway East will be torn down and replaced with new building.

Friday was Richie Zaragoza’s 10th birthday, and he wanted to go to the Star Buffet & Grill.

But when he drank the apple juice he’d been served, “he just started screaming, ‘It burns, it burns,’” his mother, Virginia Davis, told LNP.

His 4-year-old half-sister, Ginaya Mercado, had drunk some, too.

On Saturday afternoon, both children were reportedly in intensive care at Hershey Medical Center with severe burns of the mouth and throat.

Somehow, a caustic substance had gotten in the cups.

The liquid is reportedly being tested; no futher information was available Saturday afternoon.

The children were reportedly transported by helicopter to Hershey from Lancaster General Hospital, where they had been taken by ambulance.

Davis is in shock: “How do you take your kids out and expect this to happen?” she said.

Her son already is struggling with multiple medical conditions, including cystic fibrosis and diabetes.

“He’s been through a lot,” said his father, Richard Zaragoza Sr., who has primary custody and takes care of Richie at his city home.

Richie had been gone less than an hour when his mother called with the terrible news, Zaragoza said.

The restaurant is at 2232 Lincoln Highway East near the Tanger Outlets. It serves all-you-can-eat meals featuring Chinese food and sushi as well as Italian and American dishes.

Manager Steve Weng said nothing like this has happened at the Star Buffet in the year he’s been there.

He said the apple juice was bought at a local supermarket and he has no idea how it became contaminated.

No test results regarding the caustic substance have yet been released, hospital officials said. East Lampeter Township police reported a test was still pending as of Saturday.

Davis, a city resident who turns 33 later this month, said she and her brother-in-law, Luis Mercado, had all four of her children with her on Friday: Richie, Ginaya, 6-year-old Miguel Mercado and 7-month-old Anthony Mercado.

The drinks came while Luis and the three older children were getting food. When they came back and started eating, Ginaya was the first to take a sip.

“She starting spitting saliva out” and soon threw up, saying her stomach hurt, Davis said. But Davis figured her daughter had just gotten sick.

But after Richie started screaming and throwing up blood, Luis Mercado put a cup to his mouth and realized it tasted like acid. He started spitting up blood, too, Davis said.

Medical personnel examined him, but he did not need to be taken to a hospital.

Zaragoza, also a city resident, said the children had gotten individual juice containers at the restaurant before. This time, the juice came in foam cups.

Davis said doctors told her the children would remain under sedation for several days.

East Lampeter Township police confirmed they responded to the incident Friday evening, but did not immediately provide further details.

Because of Richie’s illnesses, he has a gastronomy tube or “G tube” in his stomach and a port in his arm for IV medications, Zaragoza said. He gets oxygen nightly and nutrition supplements through the G tube.

Zaragoza’s Facebook post about the incident was shared more than 1,600 times, sparking hundreds of comments expressing sympathy for the family and outrage over what they suffered.

Both parents are upset, hoping and praying for the children’s swift and full recovery.

“We were supposed to be celebrating his birthday,” Davis said.

Preliminary report: It wasn't the juice that sickened 2 children at a suburban Lancaster restaurant

A Cantonese restaurant in East Lampeter Township reopened for business Saturday, just over a month since two children were sickened after inge…

Star Buffet & Grill closes, will be torn down along Route 30 next to Tanger Outlets

A Chinese buffet restaurant on a Route 30 parcel approved for a new commercial building has been shuttered, moving the redevelopment project o…

A Chinese buffet restaurant on Route 30 has been torn down as plans move ahead to redevelop the property next to Tanger Outlets.