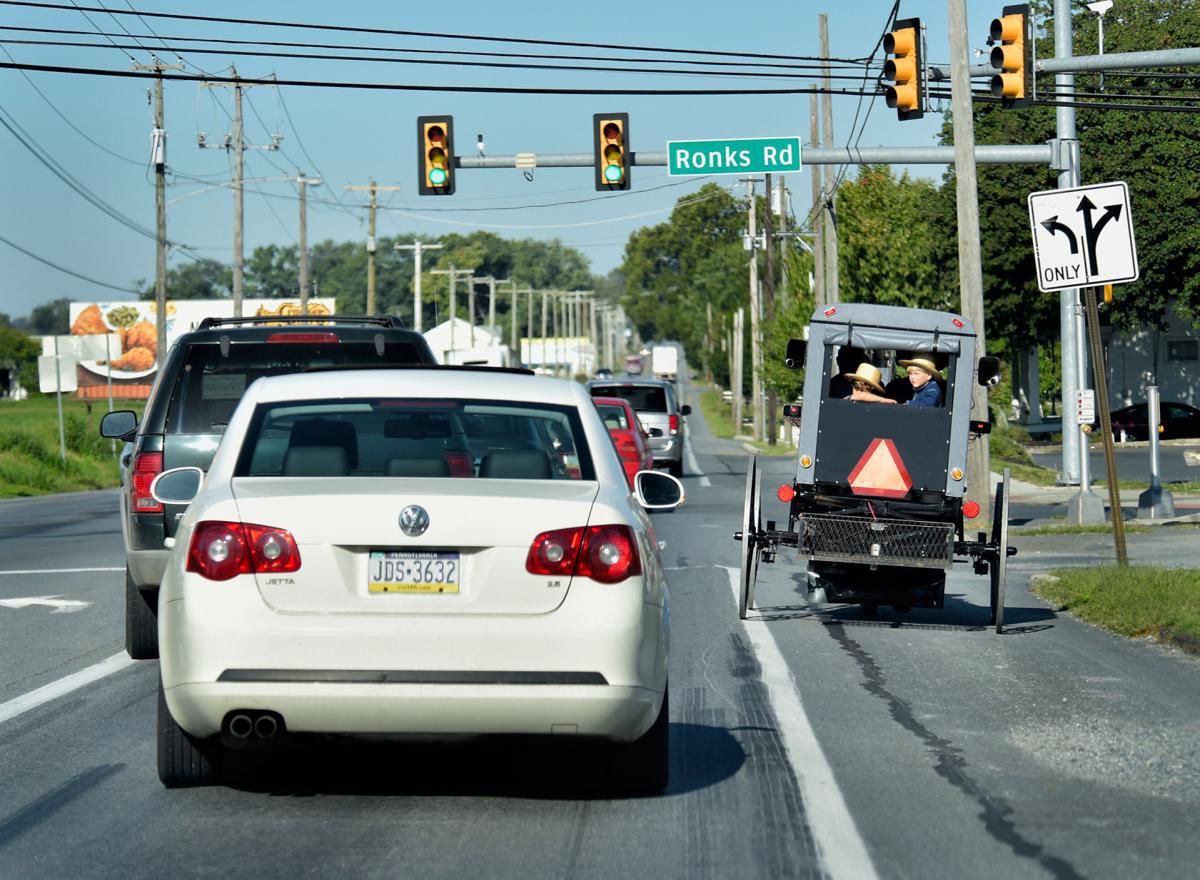 A member of the Amish community drives a horse-drawn buggy along Route 30 in Ronks on Sept. 18, 2019. 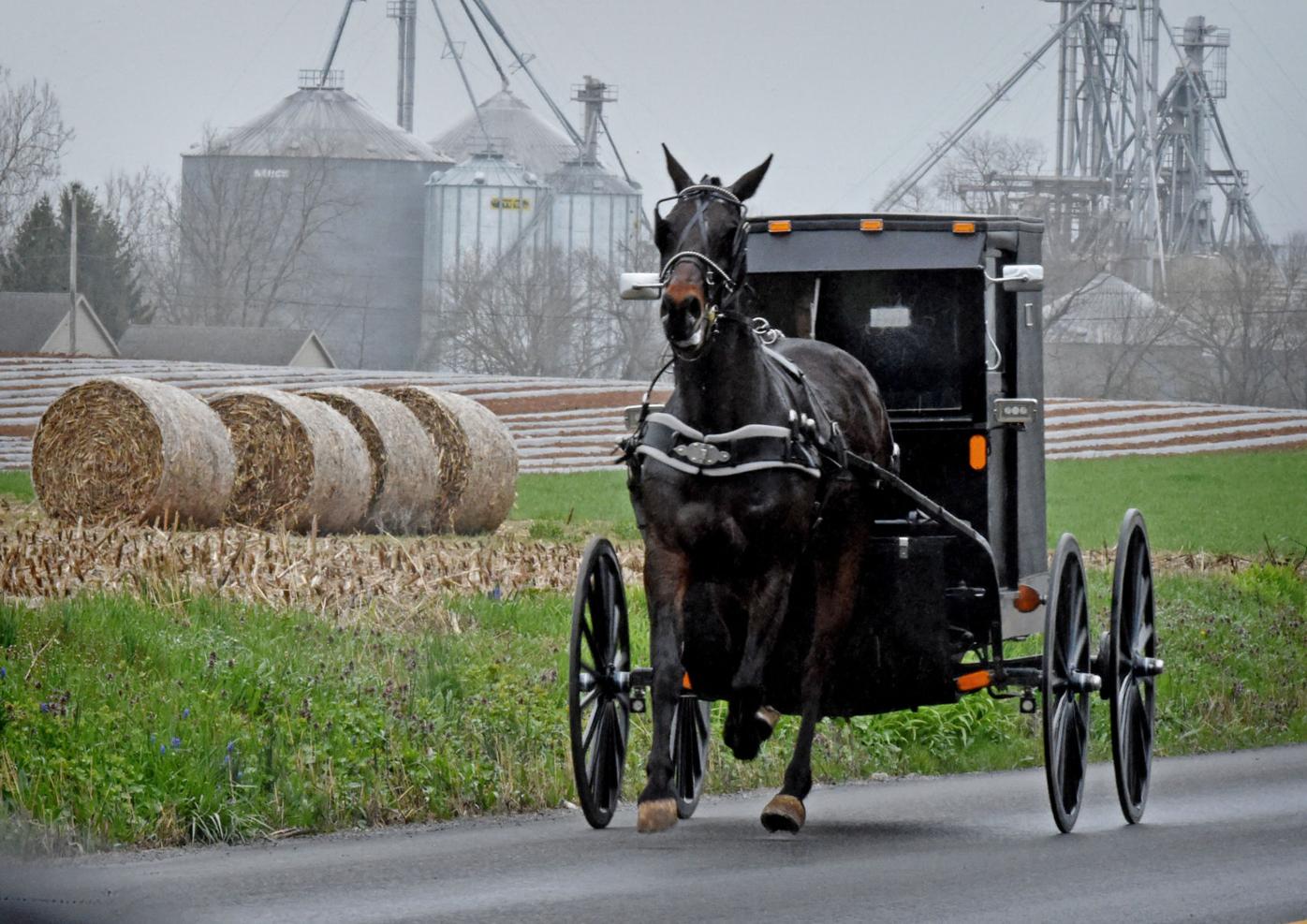 A horse-drawn buggy travels along Martindale Road in Earl Township on Tuesday, March 31, 2020.

A member of the Amish community drives a horse-drawn buggy along Route 30 in Ronks on Sept. 18, 2019.

A horse-drawn buggy travels along Martindale Road in Earl Township on Tuesday, March 31, 2020.

Crashes involving horse and buggies in Lancaster County have declined slightly over the past decade, but they still result in numerous injuries and occasional deaths, state records show.

The latest buggy passenger to lose his life was 16-year-old Samuel K. Lapp, who died after a crash in Eden Township in August.

Authorities continue to investigate the crash, which state police say occurred when a 21-year-old man lost control of his pickup truck as he attempted to pass a horse and buggy carrying Lapp and three others during stormy weather in the 900 block of Valley Road (Route 372), east of Quarryville.

Where crashes occur most

Data from the state Department of Transportation show that the majority of local crashes involving buggies occur in rural areas, particularly in the eastern part of the county, which is home to a substantial portion of the area’s Amish population.

Just six townships — Paradise, Salisbury, Leacock, East Lampeter, Bart and Earl — accounted for nearly half of all buggy-related crashes with injuries from 2000 to 2019, according to PennDOT.

In East Lampeter Township, crashes with injuries dropped from 27 in the first decade of the century to 16 in the decade ending last year.

There have been 10 fatal buggy crashes over the past two decades, according to PennDOT, with seven occurring from 2000 through 2009, and three from 2010 through 2019.

Overall, there were 410 buggy crashes with injuries over the 20-year period, with 213 occurring in the first decade and 197 in the second.

Lancaster General Hospital has seen many of those patients.

Mary Ann Eckard, a Penn Medicine Lancaster General Health spokeswoman, said that 134 buggy-crash patients have come to the hospital as trauma cases since 2015. Twenty-four of the crashes involved multiple people with injuries.

Drive as if ‘there are kids outside a school’

Efforts to improve safety have focused on both roads and drivers.

East Lampeter Township Manager Ralph Hutchison said that in past projects with PennDOT, which has control of the roads on which many horse and buggy crashes occur, the township has suggested creating wider shoulders to allow safer travel by horse-drawn vehicles.

How did Amish schools handle the coronavirus pandemic? We asked 3 experts

Richard Hibshman, a longtime Penn Manor High School driving instructor who now operates his own driving school, tells his students to be particularly cautious when overtaking a buggy going the same direction.

“They’re a vehicle, they’re allowed to be on the road,” he said “We wait (to pass) until we get a single yellow, or we can see up the road a couple hundred feet.”

When a buggy is approaching from the other direction, Hibshman warns students to be on the lookout for another driver trying quickly dart around a buggy, a situation that could lead to a head-on collision.

In all scenarios, Hibshman says drivers should avoid doing anything to scare a horse.

Jason Fidishun, owner of John’s Driving School in Ephrata and other locations in Pennsylvania, said drivers should proceed with caution near a buggy, just as they do when “there are kids outside a school.”

'Not trying to stick our head in the sand': Most Amish aware of COVID-19 danger, taking precautions

A second day of searching for an 18-year-old man who went missing Saturday while swimming the Susquehanna River was unsuccessful, a Lancaster …

A motorcyclist was taken to Lancaster General Hospital with moderate injuries after a crash Tuesday in Penn Township, according to Northern La…

A motorcycle crash in Indiana turned up a Lititz man charged with sexually assaulting a pregnant woman, said the Northern Lancaster County Reg…