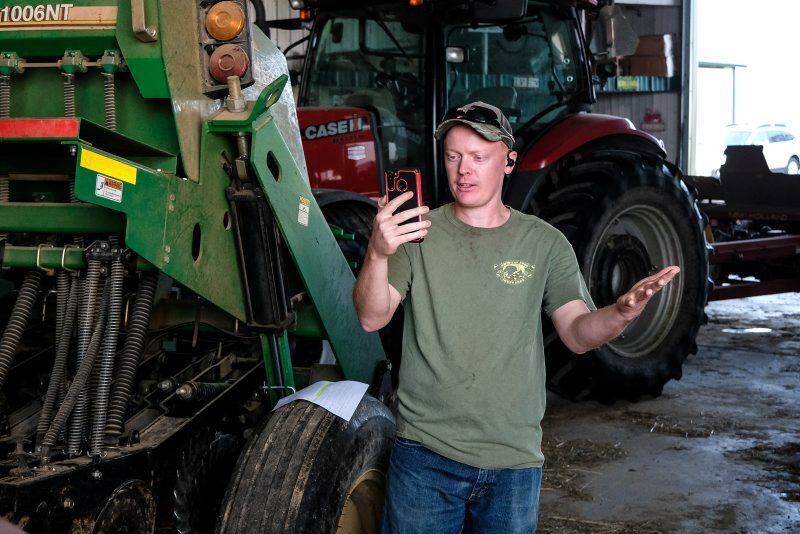 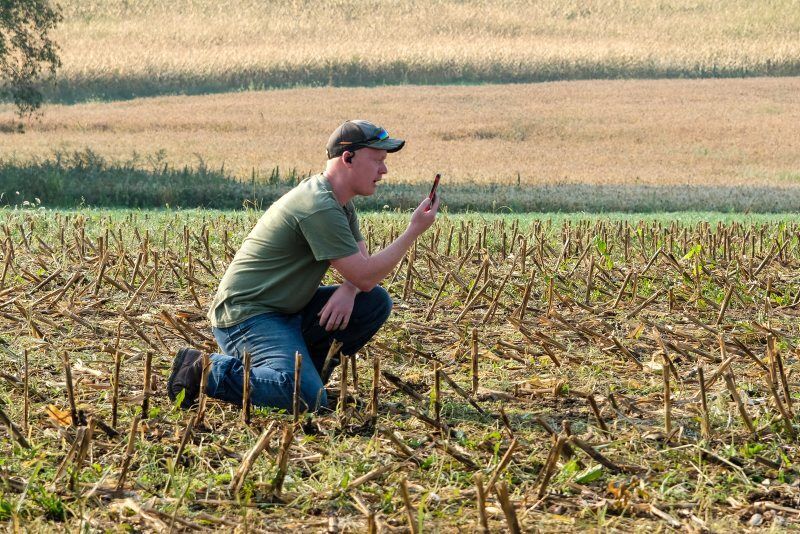 A Slippery Rock University professor has teamed up with a western Pennsylvania farmer to help her students understand how food is produced.

Making the most of pandemic-induced online learning, hospitality professor Mary Jo Ross invited a local dairy farmer to speak to her students from the field.

Ross, of course, uses a textbook in her class on sustainability in food and hospitality, but she wanted her students to do more than read about the food supply chain. She wanted them to see firsthand — via the Zoom videoconferencing app the class was already using for remote learning — where food comes from.

“I’m kind of like a conductor in an orchestra where the farm Zooms are just another instrument in the whole curriculum design,” Ross said. “It’s to augment what they’re learning. Instead of seeing pictures in a book, (the students) can actually see things.”

When she reached out to the Butler County Farm Bureau to find an interested farmer, William Thiele stepped up to the plate.

“I literally just use my cellphone, and I walk around the farm and physically show them what’s in front of me, or what they’re looking at,” said Thiele, a sixth-generation dairy farmer from Cabot, about 25 miles south of campus.

The Zoom sessions, which became known as Farmer Friday, took place eight times throughout the fall semester, the last on Nov. 13.

Thiele decided to teach from the ground up, so he started with soil, then taught about cover crops, planting, harvest, drones, dairy cattle feed and milking.

“I think it’s beneficial that I am on the farm live like that because sometimes pictures don’t always do it justice,” Thiele said. “So me walking around live like that is a good way to show my farm in a natural setting.”

He said that it’s easy to explain things, like crops and machinery, by showing the students directly.

Even though the class’s main focus is food and hospitality, both Ross and Thiele agree that it’s important for these students to learn about farming.

“It’s just being a responsible hospitality person that you know what is involved to get (food) on that plate,” Ross said.

Ross, who has taught at several colleges, added the food component when she took over the sustainability class. She doesn’t know of other universities that incorporate agriculture into their hospitality programs.

“Nobody is going the whole way into saying ‘OK, we need to partner with the farmers,’” Ross said. “It was just logical for me. If we’re going to start teaching sustainability in these colleges and universities, then somebody better start bringing the farmers to the table because that’s where it begins.”

Thiele milks 40 cows and farms about 300 acres. Though he’s participated in on-farm tours in the past, he likes being able to show his farm through Zoom, and he is hopeful that other farmers will start doing similar outreach strategies.

Given the live video format, the students are able to ask Thiele questions, usually through the Zoom chat feature, while he’s talking about his farm. Thiele is happy to answer.

A short guide to shopping and storing milk: When does it go bad, and can you buy raw milk?

“It’s best to ask a farmer (who) knows what they’re doing, or has been doing it all their lives, instead of asking Google,” Thiele said. “I think it’s important to come from an expert’s side.”

The students in the class do not come from an agricultural background, so Ross said that what Thiele is teaching is new information for them.

“They are fascinated. They’re truly, truly interested in it,” she said. “I think that it’s opening up the eyes, and students are really engaged in learning stuff that they had no clue about.”

The students aren’t the only ones enjoying Farmer Fridays.

“I didn’t think I’d have this much fun doing it, but I really do enjoy doing it,” Thiele said. “I look forward to it. It’s been a good experience for me.”

Thiele enjoys educating people about agriculture, especially young people, so teaching to a college class is right up his alley.

Ross said that learning directly from a farmer could help her students build careers in the hospitality industry. They could plan a menu, for example, using knowledge of seasonal crops.

But even if her students don’t go into the hospitality industry, Ross thinks Farmer Friday is still a good learning experience.

Thiele doesn’t care what field the students enter; he’s just happy to show them what really happens on a farm. He said that students may have preconceived ideas of farming, and he’s hopeful that his teaching can reshape the narrative.

'You can't learn to be a butcher in theory': Penn State to start butcher school

“I hope that the students have a better grasp of agriculture. Even if they don’t go into the hospitality industry, ultimately it’s still something that everybody should learn,” he said.

Both Ross and Thiele are interested in continuing the on-farm Zoom teachings in the spring semester and beyond.

“William does a great job,” Ross said. “He’s young — he’s only 27 years old. He’s tech-savvy. He’s a sixth-generation dairy farmer. He knows what he’s talking about and he’s very good with (the students).”

Rare collectible buttons worth thousands of dollars still turn up among dusty jars and battered cans of assorted buttons often sold at bargain-hunting sites like yard sales and flea markets.

Sometimes the perfect gift is one that is heartfelt, like art. As a seventh-generation beef producer from State College, Pennsylvania, Maggie Harding enjoys creating pieces that honor, celebrate and inspire those who love scenes of farm life, dogs and livestock. Some of the best artwork to gift others is a landscape with a barn or nature, but Harding says she has a penchant for cows. “I love a good cow.”

'I look forward to it all year': 20-year-old Lebanon farmer finds his groove with harvest

LEBANON, Pa. — Kyle Shuey invested about $100,000 toward a merger with Mar-Team Harvesting. “Not many 20-year-olds do that,” the Lebanon County farmer said with a smile. Today, Shuey manages most of the field harvesting through operating two John Deere choppers, tractors and six carts.

Hundreds of acres of Lancaster County farmland among thousands preserved across Pa. this week

Six Lancaster County farms comprising more than 400 acres were among a total 2,710 acres preserved this week in Pennsylvania.