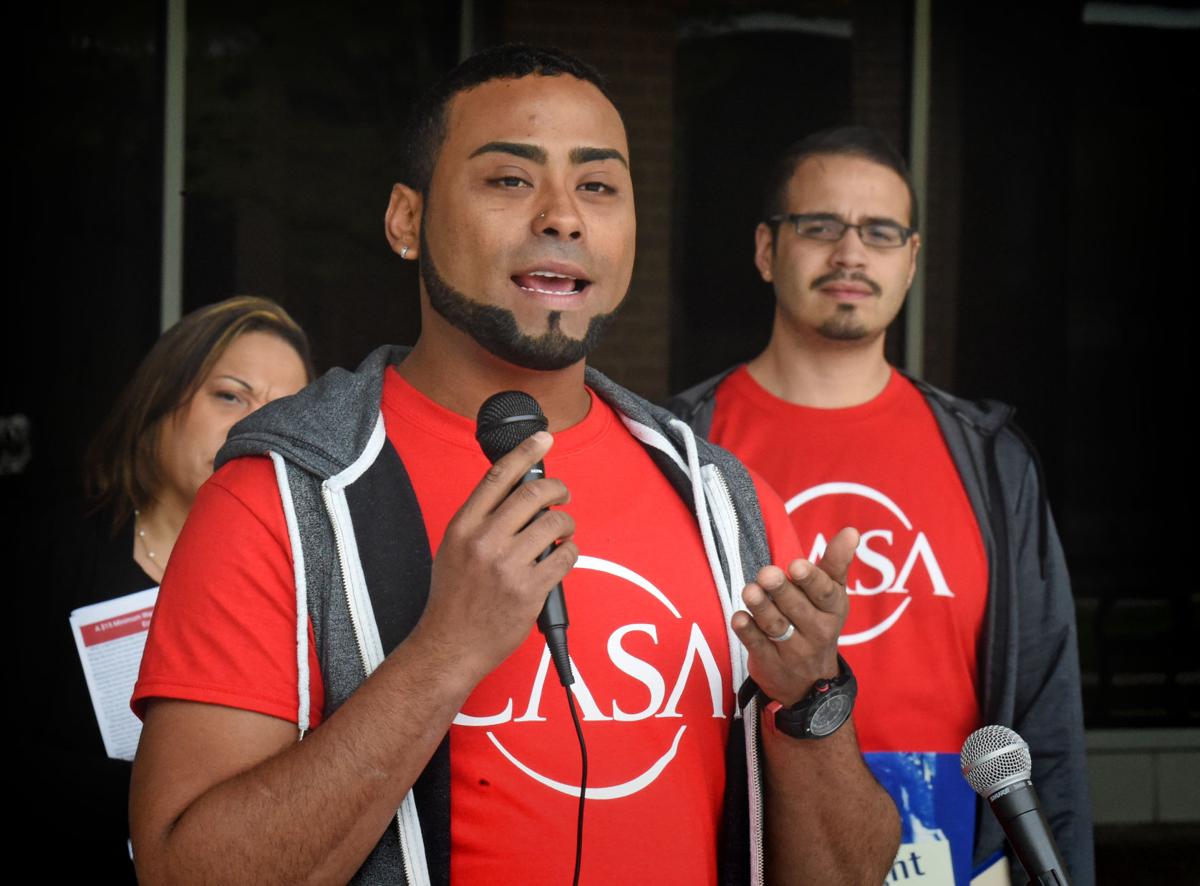 Ian Medina speaks during a Raise the Wage rally in Lancaster's Binns Park on Thursday, April 18, 2019. 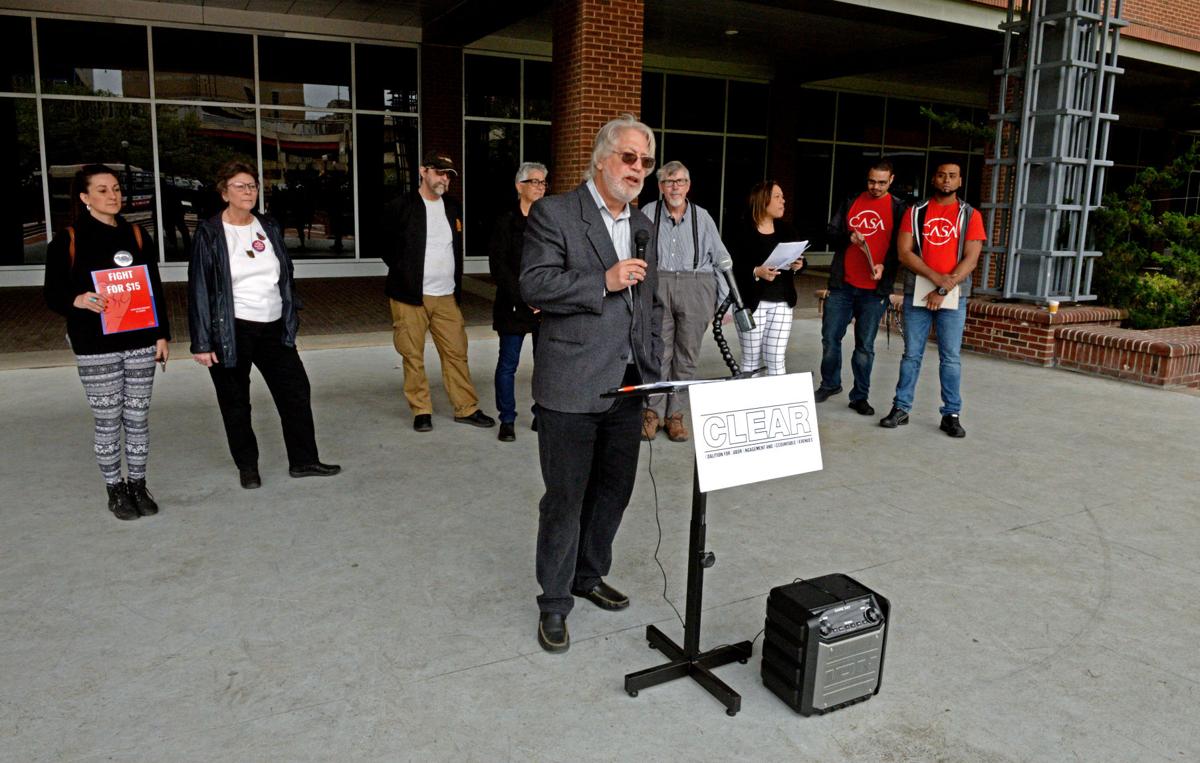 John Meyerson speaks during a Raise the Wage rally in Lancaster's Binns Park on Thursday, April 18, 2019. 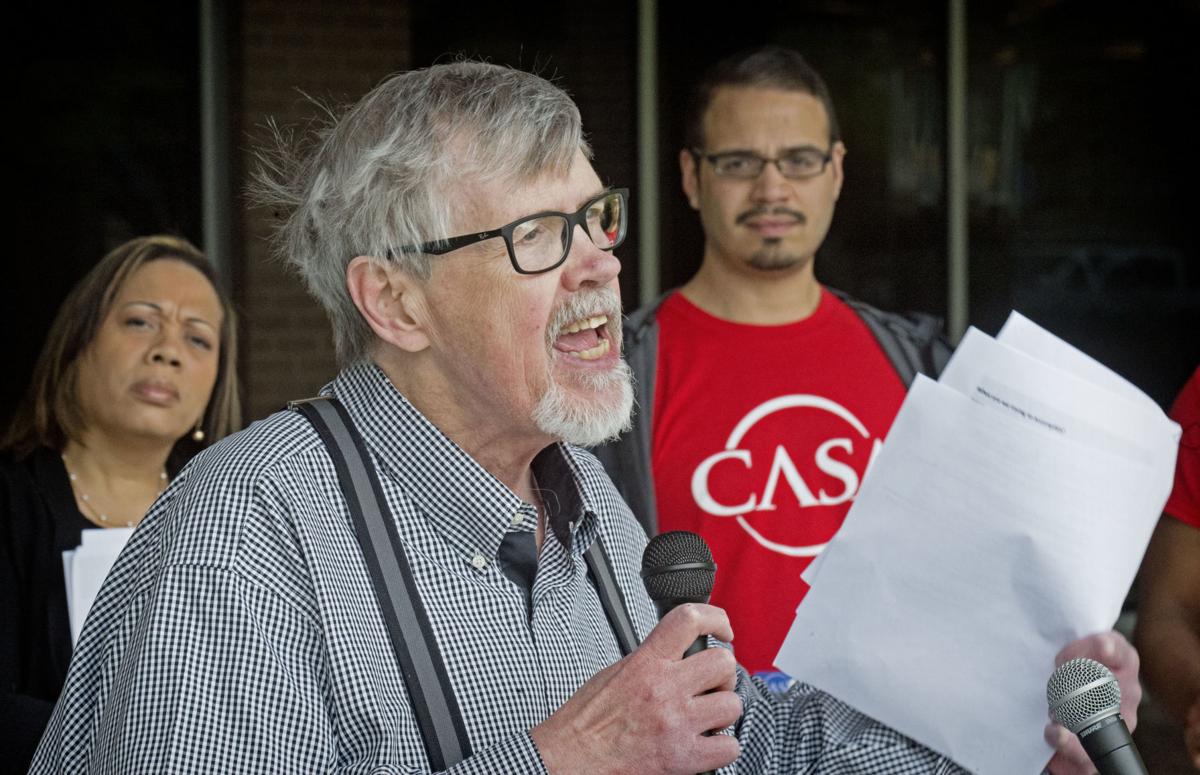 Ian Medina speaks during a Raise the Wage rally in Lancaster's Binns Park on Thursday, April 18, 2019.

John Meyerson speaks during a Raise the Wage rally in Lancaster's Binns Park on Thursday, April 18, 2019.

Doing so is both a matter of justice and good economics, said John Meyerson, a consultant with United Food and Commercial Workers Local 1776 and spokesman for Raise the Wage PA.

When low-income workers get raises, the money gets spent in the community, bolstering the local economy, he said: “It doesn’t go to a Swiss bank account or the Cayman Islands.”

Pennsylvania’s minimum wage is $7.25 an hour, the federal minimum. The surrounding states all have higher minimums, the speakers noted.

In January, Gov. Tom Wolf proposed raising Pennsylvania’s minimum wage to $12, then step by step to $15. Bills that would do so have been introduced in the state House and Senate.

It calls instead for a state earned-income tax credit and better job-training programs.

Raise the Wage PA’s agenda, Meyerson said, has five components: A “road map” to a $15 minimum wage; elimination of the separate $2.83 minimum wage for workers who earn tips; effective enforcement; future raises based on the cost of living; and repeal of pre-emption, so that jurisdictions with a high cost of living can raise their minimum wage beyond the state’s level.

Nathan Sooy, organizer of the faith-based advocacy group POWER, cited Bible verses in Deuteronomy and James that exhort employers to pay the wages their workers are due.

“God himself demands it,” he said.

“Even though I’m bilingual, even though I have all the skills necessary to be successful, jobs refuse to pay me a living wage,” he said.

Joining Raise the Wage PA was the CLEAR Coalition, an advocacy group formed by various labor organizations, and the leaders of the local city and county Democratic committees, Diane Topakian and JoAnn Hentz.

Advocates say about 95,000 Lancaster County residents earn less than $15 an hour, and would benefit from raising the minimum wage to that level. Of those workers: