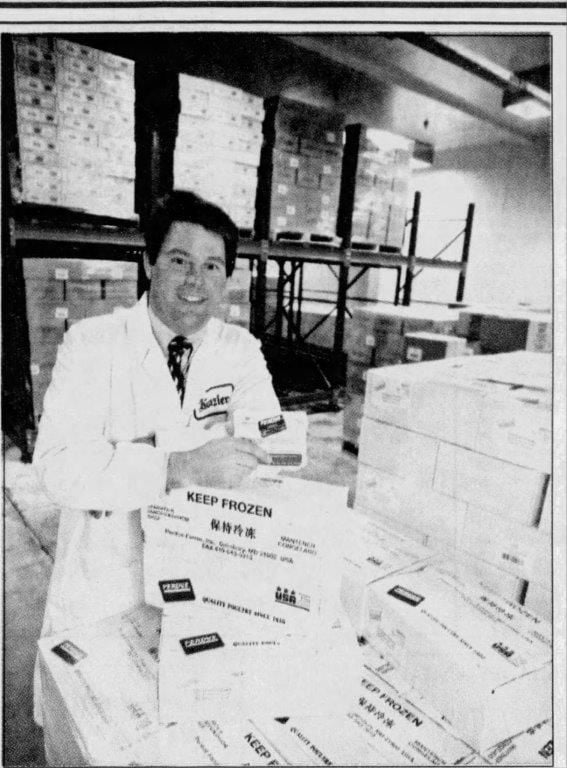 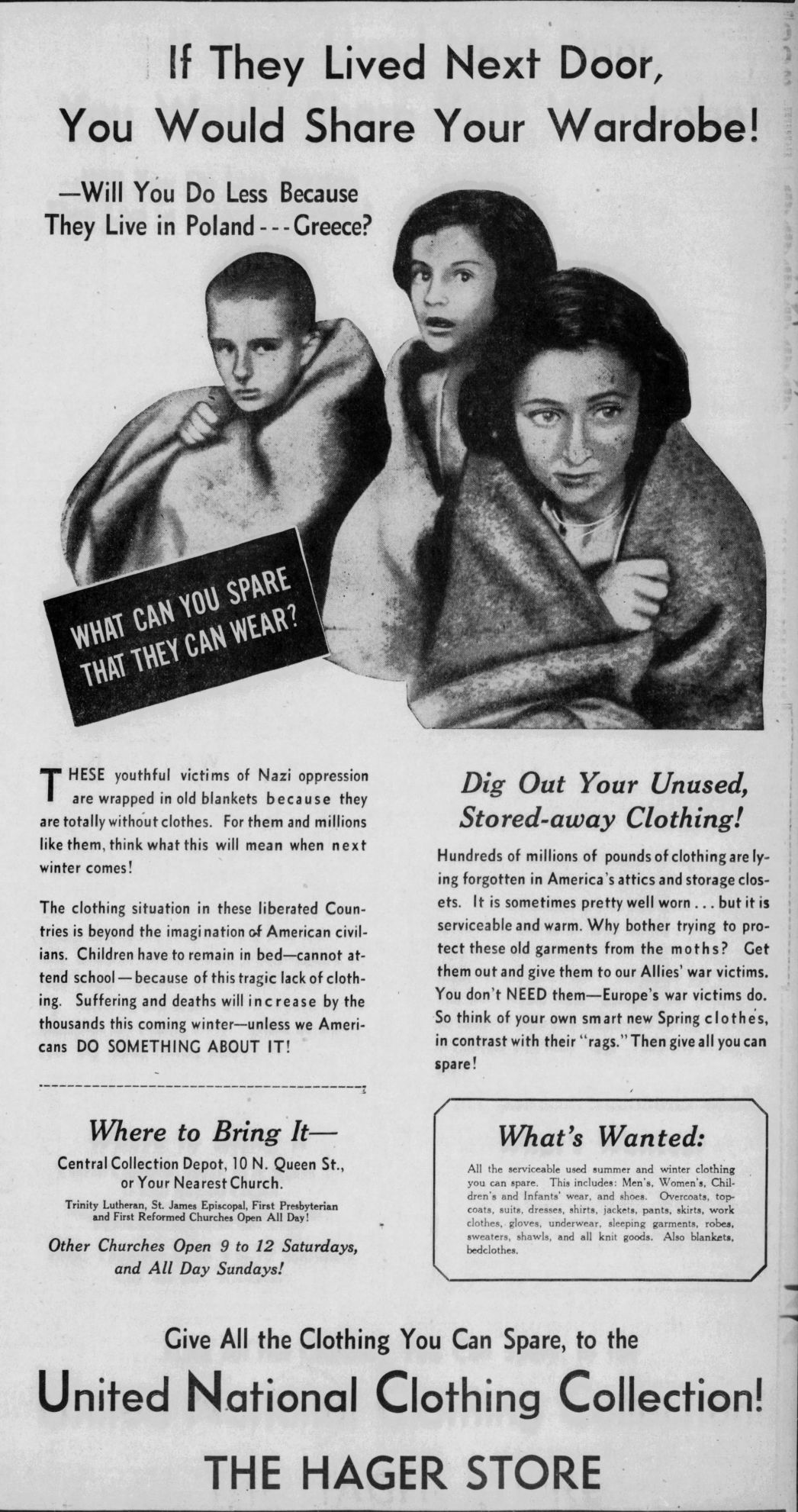 This ad for a United Nations clothing drive appeared in the April 5, 1945, Intelligencer Journal. 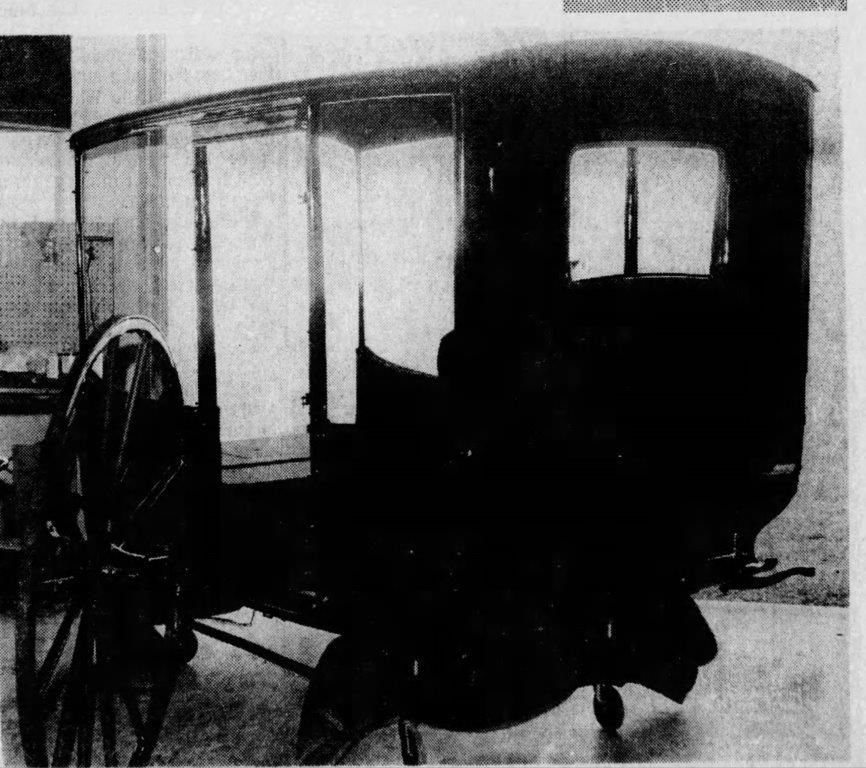 Awaiting final assembly, the restored and refurbished carriage of President James Buchanan stands in the carriage shop of Amos Lapp at Intercourse in April, 1970. 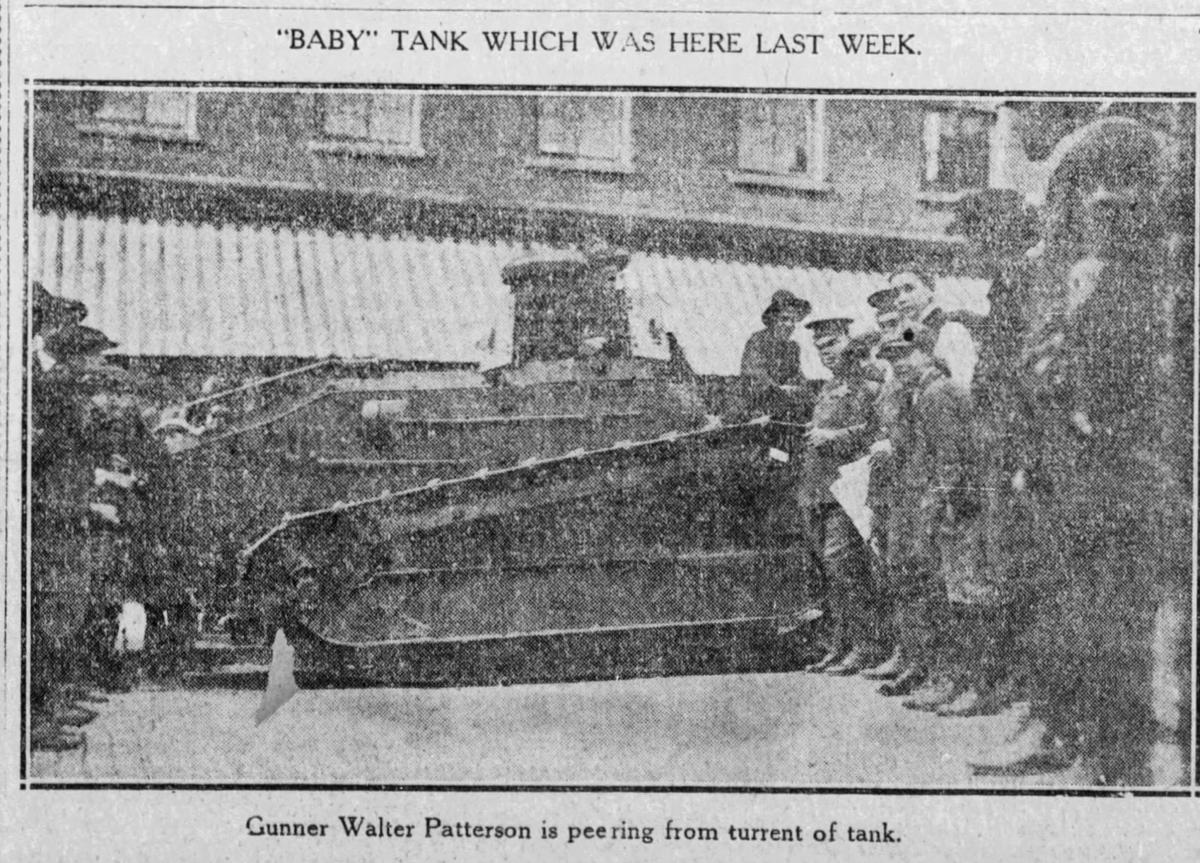 Gunner Walter Patterson peers from the turret of this "baby" tank that appeared in a parade in Lancaster in April, 1920.

As of 1995, Kunzler’s in Lancaster city had been making hot dogs for 94 years. They followed the same basic family recipe right from the very start.

In Lancaster County, a Kunzler hot dog was (and still is) synonymous with summer, ball games and backyard cookouts. In short, the quintessential local and All-American treat.

With new manufacturing machinery and new factory space to fill, Chris Kunzler III had to find new markets for his hometown hot dog.

He found his new markets a little far from home - in Russia and China.

The product needed some tweaking to appeal to different tastes. For China, Kunzler created an almost candy-like super-sweet dog.

With the 2020 Olympics postponed, here's a look at Barney Ewell, Lancaster's Olympic star of 1948

Ground chicken was used in both recipes to create a high-protein, affordable food item.

Kunzler had expected some trouble with the English-only food labels when the packages reached their destination, but there was no problem at all. Apparently American food was regarded as wholesome and greeted warmly by their target consumers.

United States presidents like to have a classy ride, and James Buchanan was no exception.

Time had not been kind to “Old Buck’s” ride, however, and the Buchanan Carriage Restoration Committee stepped in. Richard S. Wagner, committee chair, said the carriage underwent three years of restoration.

When the work was finished the carriage would temporarily take leave of its carriage house home at Wheatland and take up residence in the Fulton Bank lobby. The temporary display allowed Lancastrians to see one of just four presidential carriages still in existence. (The others belonged to Woodrow Wilson, Theodore Roosevelt and Ulysses S. Grant).

'Play alone and like it': What kids did to entertain themselves during the quarantine of 1941

What else was going on in the world outside of Lancaster, circa April 1970? Here are a few of the haeadlines from April 5 of that year:

Lancaster Countians were reaching out as part of the war effort in April, 1945. Their efforts were seen close to home and far abroad.

Lancaster was and is the Garden Spot, and Victory Gardens were a huge part of life in wartime.

Entry No. 8 in early April taught readers how to improve their garden’s soil. The column discussed the commercial fertilizer available to home gardeners and advised applying it after plowing and then working it into the loose soil.

But Lancastrians were not just concerned with their soldiers and the home front.

As news of the war’s impact on civilians in other countries reached them, Lancaster residents wanted to help. Ads and articles in April Lancaster newspapers urged residents to contribute to the United Nations Clothing Collection.

The drive solicited donated clothing for people in recently liberated countries. Ads showed women and children wrapped in blankets, while articles urged men to donate suits and other items.

Check out the Intelligencer Journal front page from April 5, 1945.

Directed by Captain George L. Blossom, the circus exhibited (and demonstrated) small arms weapons, a 37 mm gun and a 75 mm gun. The highlight of the “circus” was the “baby” tank, an undersized six-ton tank and searchlight which arrived on the back of a trailer.

Learn the story behind this sculpture of a nude woman ['What's It Worth? with Dr. Lori']

Q&A: What's happening at the US Postal Service, and why?

Cam Gallagher’s doing his best to look at this like part of the game … even though it’s a far cry from say, a rain delay, or the seventh-innin…

In 1972, women were admitted to the Pennsylvania State Police Academy in Hershey for the first time in that organization's 67-year history.