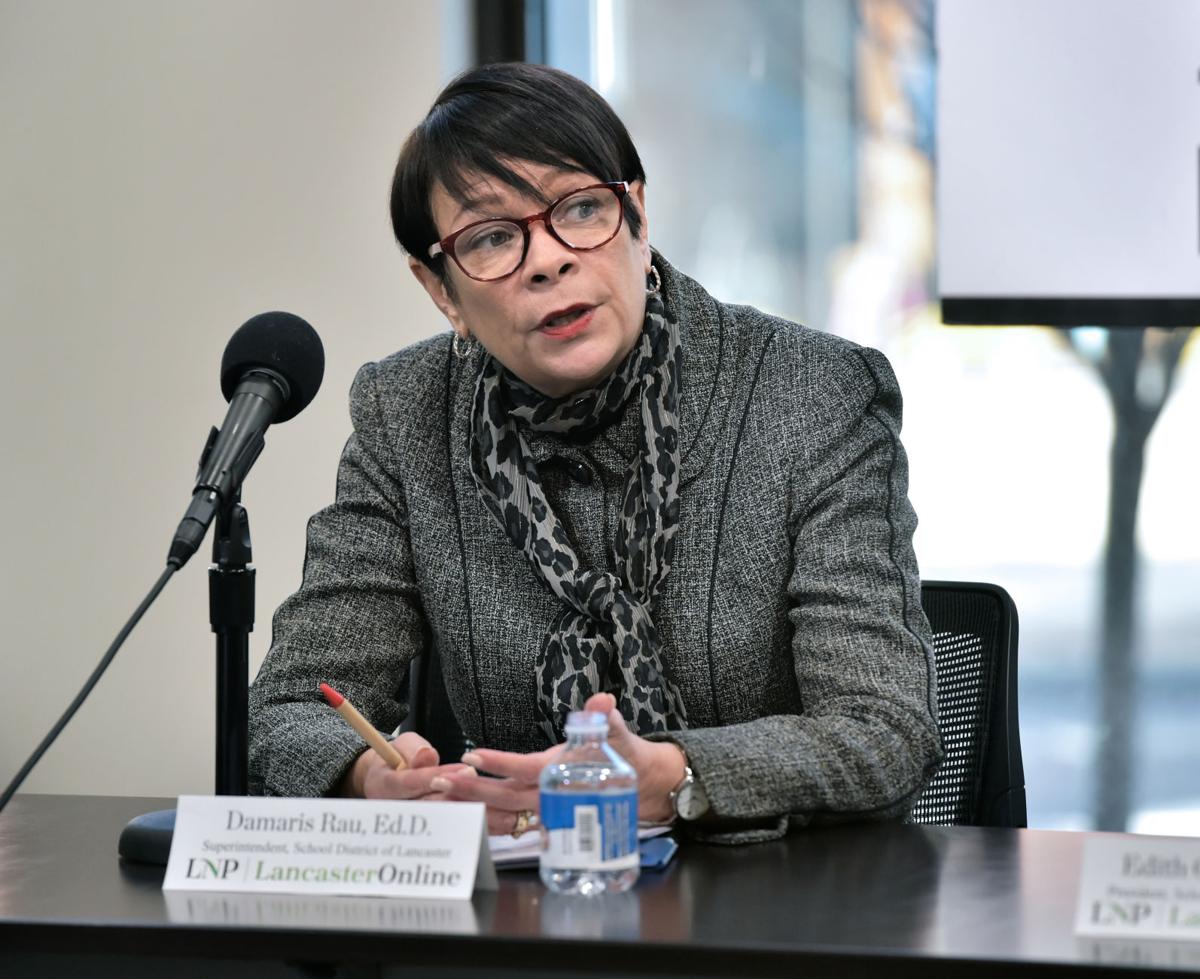 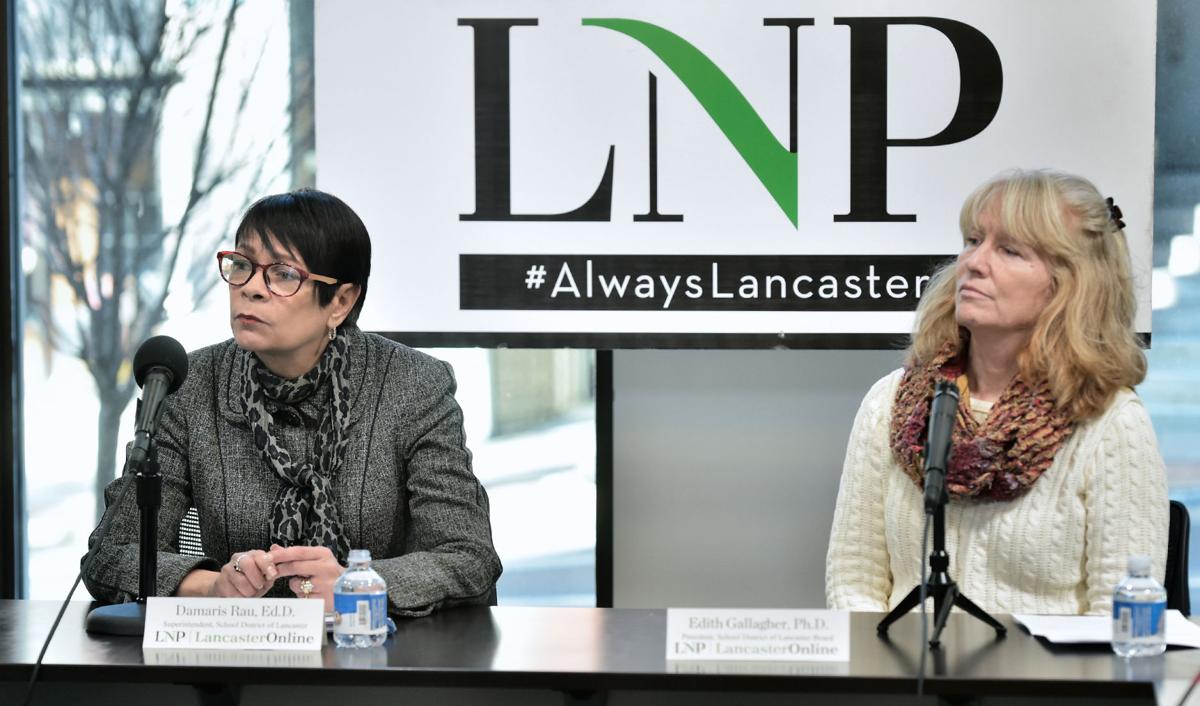 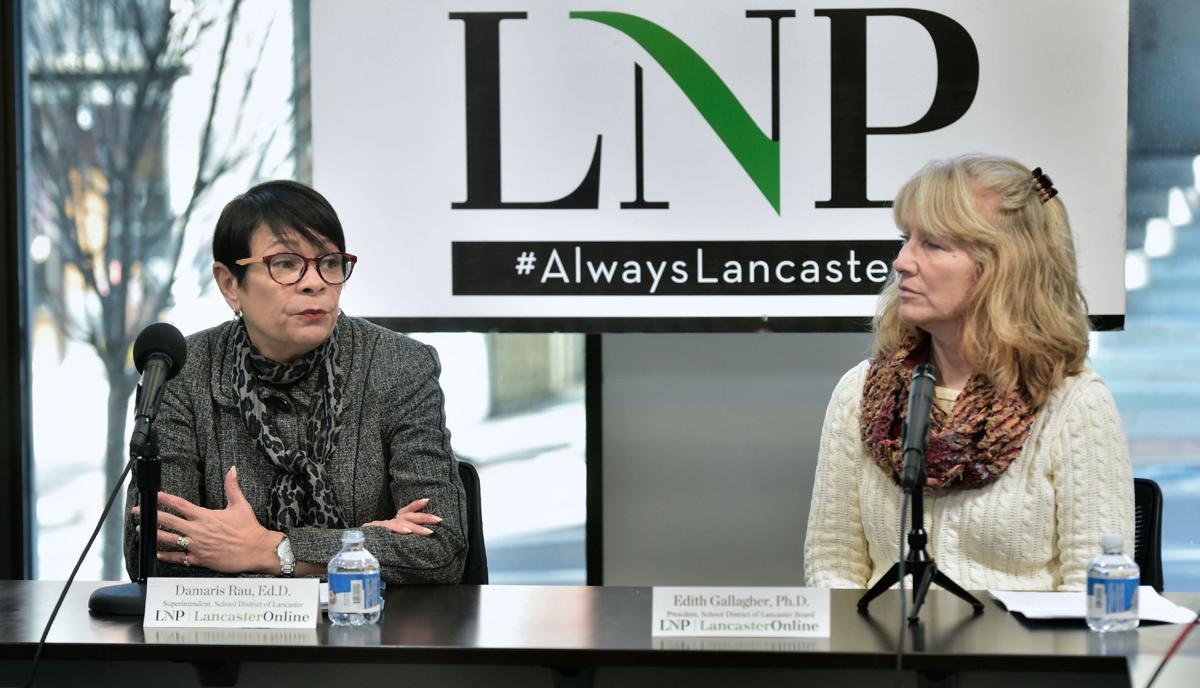 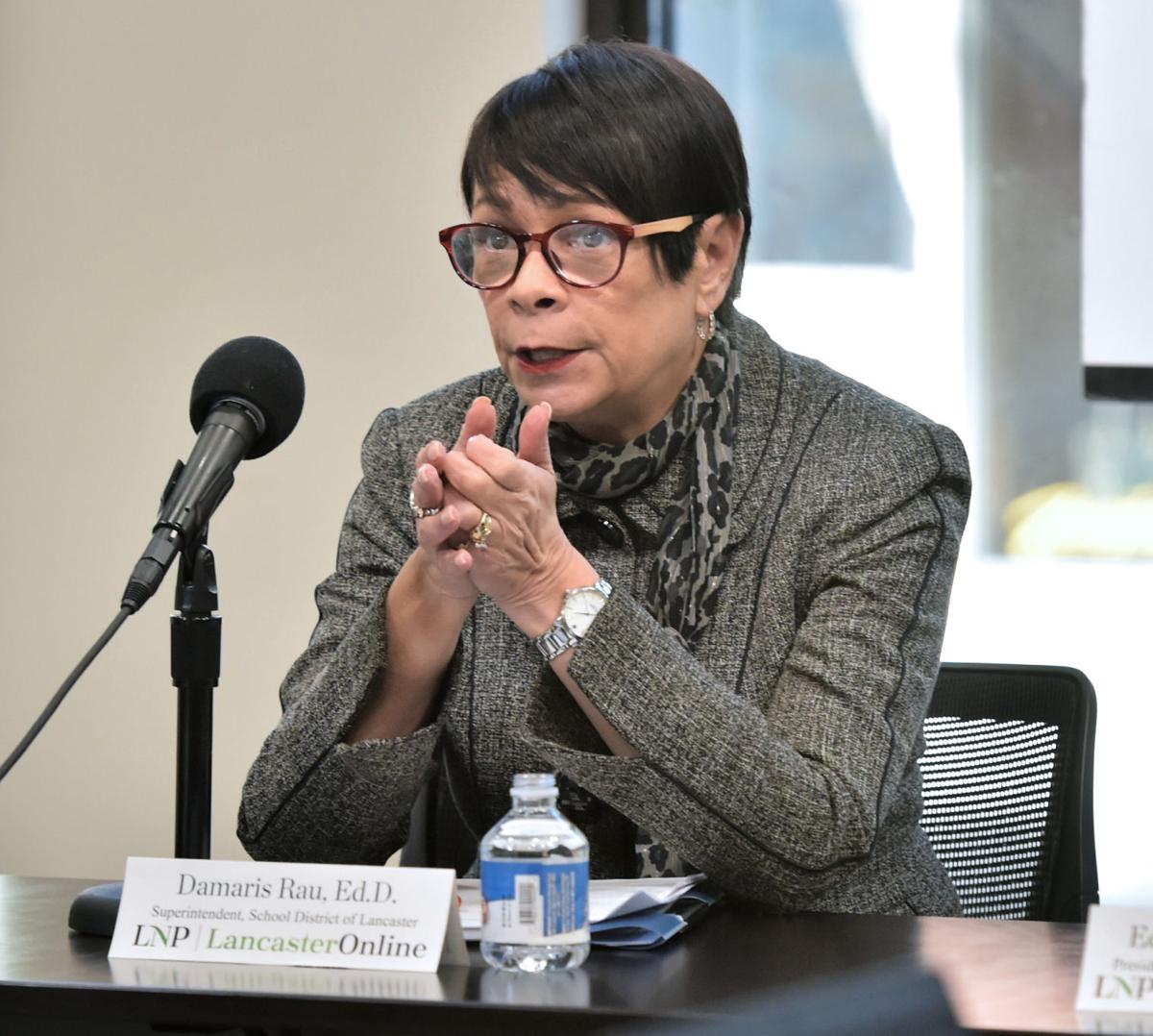 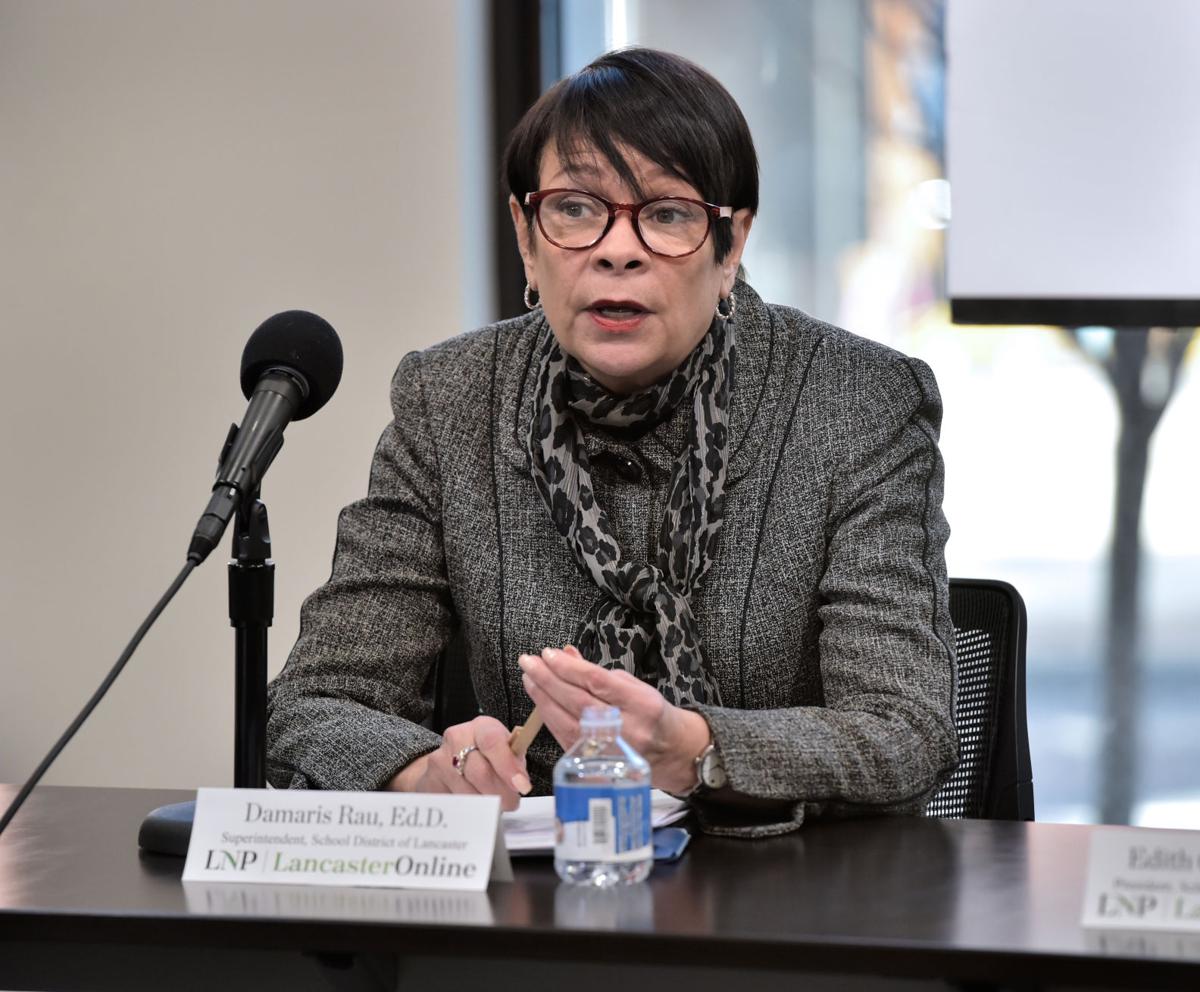 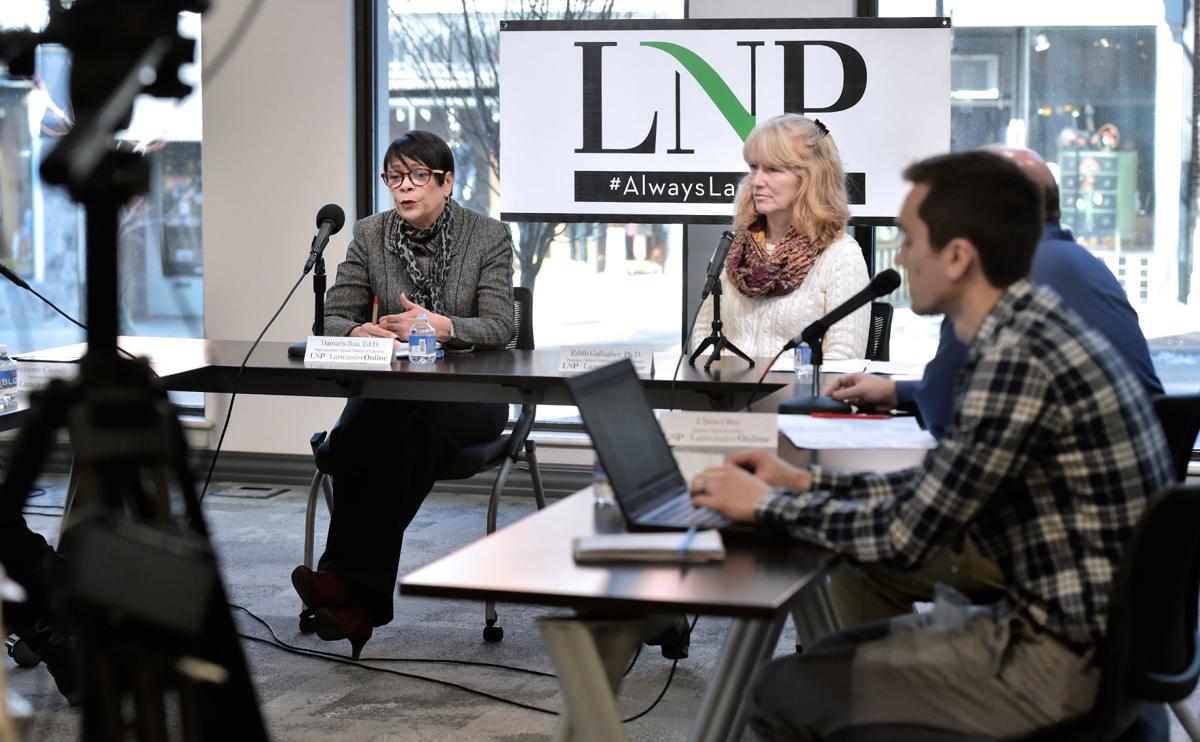 That’s particularly the case considering most of those students come from low-income households and about one-fifth are English language learners.

That’s one of the significant challenges facing leaders of Lancaster County’s largest school district: determining which services to provide, and which to cut, with a limited amount of resources.

School District of Lancaster Superintendent Damaris Rau and school board President Edith Gallagher both described how they deal with the struggles the district and its students regularly face, as well as what makes the district special, during an interview Tuesday with the LNP | LancasterOnline Editorial Board.

Here’s three takeaways from the conversation.

But Rau and Gallagher suggest the district wouldn’t be in this position if the state offered more support.

Rau said only 8% of the state’s funding to the district goes through the basic education funding formula. Enacted in 2016, the formula accounts for objective measures such as enrollment and poverty. But only new money since the 2014-15 school year flows through the formula, leaving districts in need behind.

“If we had fair funding, our schools wouldn’t be in such disrepair,” Rau said.

Lancaster is involved in a lawsuit filed by the Education Law Center and the Public Interest Law Center in 2014 that says Pennsylvania’s school funding system is unconstitutional and shortchanges students in districts like Lancaster.

The case is headed to trial in the Commonwealth Court this summer.

Among the most struggling students in Lancaster are black middle school males. The district discovered in 2018 that those students were suspended more frequently than their peers and many ended up dropping out.

It interviewed teachers, students and community leaders and formed an equity design team tasked with eliminating racial bias in schools. The district also started a mentorship program for black students who are too often lacking confidence, Rau said.

“It’s just a matter of being cognizant of a different perspective,” Rau said.

Rau and Gallagher also took the opportunity Tuesday to tout what’s special about the district: namely, its diversity.

“The diversity of our school is one of our strengths,” Gallagher said. “And it’s just an incredibly vibrant place to go to school.”

Gallagher said she once heard Lancaster referred to as a “gang school,” which, she said, made her crazy.

“We have some urban challenges is what I like to say,” Rau said. “But our kids are very smart. They’re very kind to others.”

Rau said more than 350 students are dual-enrolled in college classes, and the district’s renowned International Baccalaureate program has extended into the middle schools.

Gallagher said the efforts initiated by Rau, who’s coming up on five years as superintendent, will soon start to affect graduation rates, which have remained in the low 80s.

“Maybe I’m too optimistic,” she said, “but I’d say within the next five years we will see our graduation rates come up.”

An 8% tax increase in Lancaster? It probably won't happen.

School District of Lancaster’s preliminary budget approved this week calls for an 8.24% tax increase. But school officials say the actual tax increase will be much smaller.

Lancaster County students speak more than 70 different languages; what are they?

Lancaster County’s 17 school districts are home to more than 3,600 students who speak a language other than English. Together, they speak over 70 different languages.

How did these public school leaders kick off National School Choice Week? By advocating for charter school reform

In Lancaster County, Gov. Tom Wolf’s proposal would mean about $3.3 million more in basic education funding for schools in the 2020-21 budget year, or 1.74% more than the current year’s state funding.

With a trial expected later this year in the landmark school funding lawsuit lodged against the state by School District of Lancaster and others, an attorney with the Philadelphia nonprofit Public Interest Law Center on Tuesday gave an update on the case.

School District of Lancaster may eliminate 23 positions, furlough 8 employees due to COVID-19 impact

School District of Lancaster may eliminate 34 positions and furlough up to 13 employees – including three teachers – due to the sudden financial impact of the coronavirus pandemic.