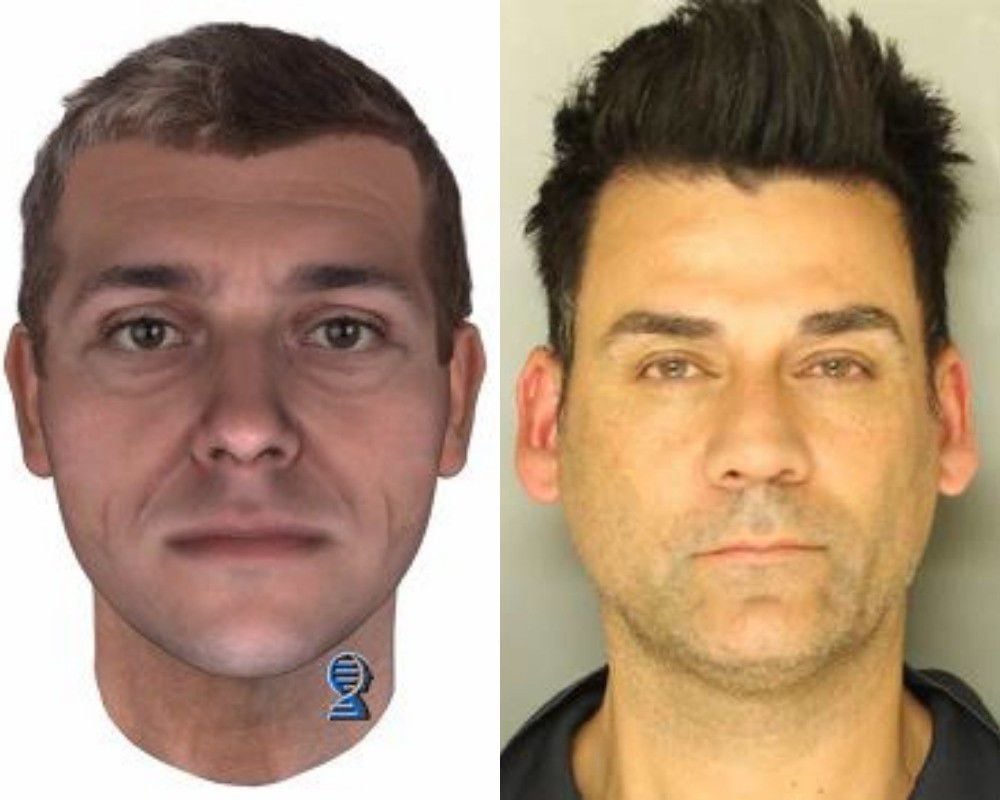 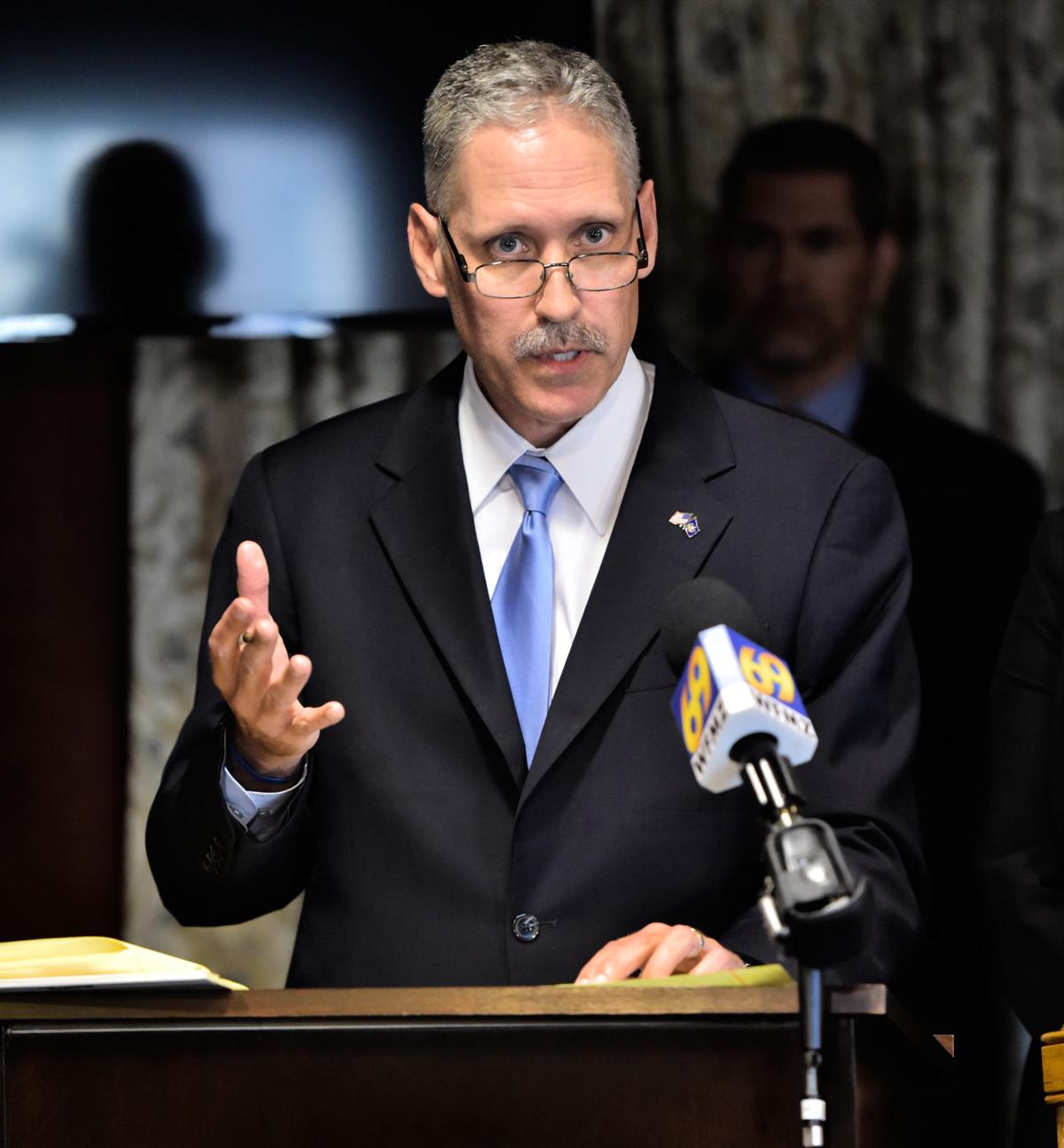 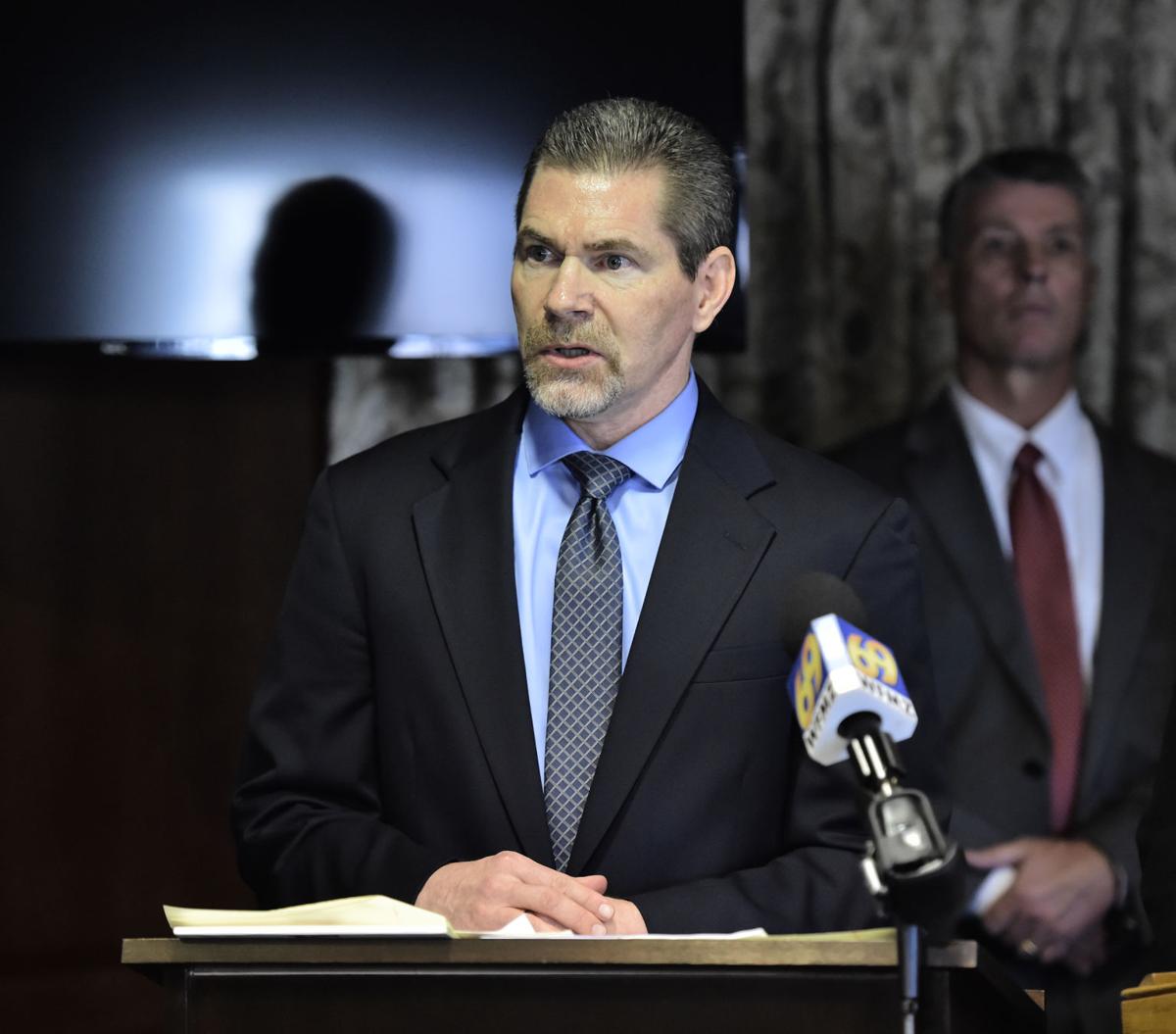 Steve Armentrout of Parabon talks about DNA at a press conference by Lancaster County District Attorney, Craig Stedman, who announced Raymond "DJ FREEZ" Rowe has been arrested for the 1992 murder of school teacher, Christy Mirack on Monday, June 25, 2018. 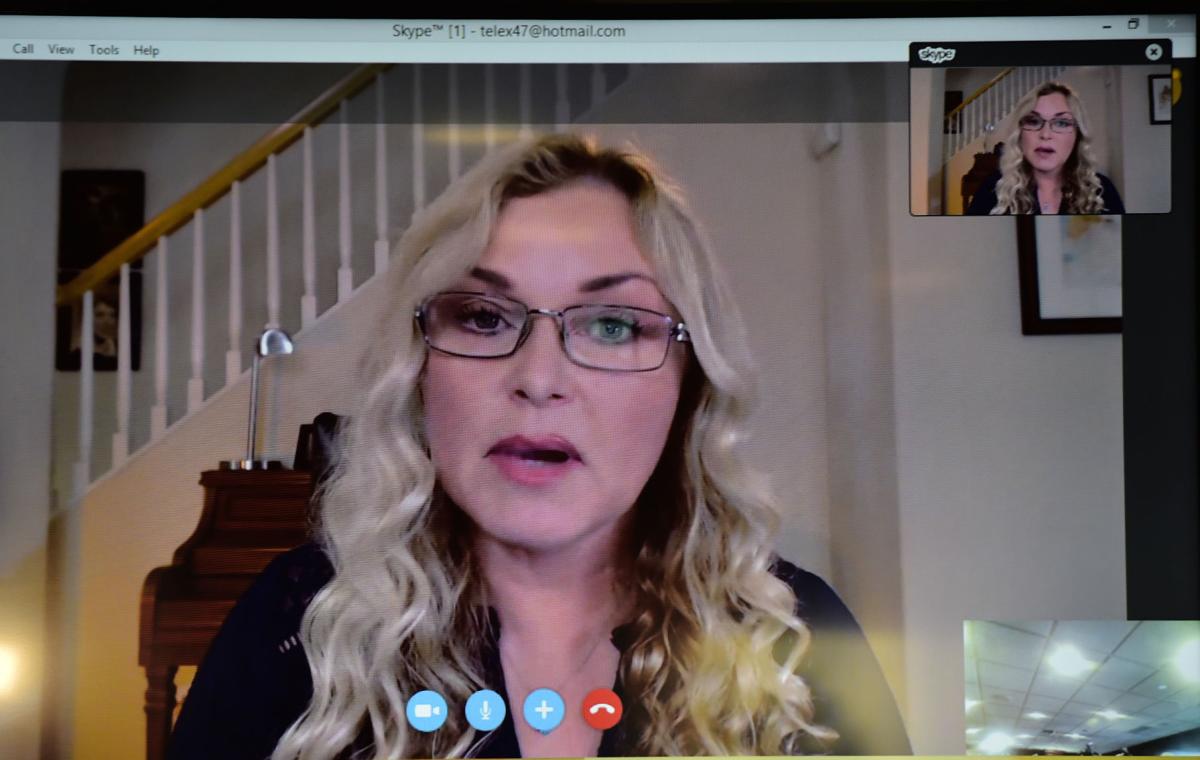 CeCe Moore, a Genetic Genealogist of Parabon, speaks via Skype during a press conference by Lancaster County District Attorney, Craig Stedman announcing Raymond "DJ FREEZ" Rowe has been arrested for the 1992 murder of school teacher, Christy Mirack on Monday, June 25, 2018.

CeCe Moore, a Genetic Genealogist of Parabon, speaks via Skype during a press conference by Lancaster County District Attorney, Craig Stedman announcing Raymond "DJ FREEZ" Rowe has been arrested for the 1992 murder of school teacher, Christy Mirack on Monday, June 25, 2018.

Nearly 26 years after the murder of Christy Mirack, it took just about a month and a half after a lead for detectives to heat up the otherwise solidly cold case.

The lead, according to a criminal affidavit, was the result of a sales pitch.

The two worked on the Mirack case in March 2017 when Parabon created composite images of what the suspect might look like based on a DNA sample from the carpet on which Mirack, aged 25, laid dead in 1992.

The service provided images but no leads, so detectives decided to release the renderings last October in yet another plea to the public.

“Quite honestly, at that point in time, we didn’t feel like we had any more arrows in the quiver,” Lancaster County District Attorney Craig Stedman said Monday.

“Parabon was really our last shot.” The option to contract with the company “has turned out to be our best,” Stedman said.

But the May 1 call was to pitch a more advanced service, beyond the images created earlier.

The new service, Parabon Snapshot Genetic Genealogy, compares DNA samples to publicly available DNA databases, along with other public census, vital and historical records — similar to an Ancestry.com or 23andMe.

“Do you have cases that haven't received a (Federal DNA database) CODIS hit? Do you want to narrow down your investigative leads and focus your team's efforts?” states a Parabon webpage promoting the service to law enforcement. “If so, Snapshot could be your next tool.”

Eight days later, on May 9, the District Attorney’s office bit on the pitch, and with DA Craig Stedman’s approval, Parabon was authorized to rerun the same carpet sample through Snapshot. Within days came the result that led to the arrest of Raymond Rowe, 49, on June 25.

The lead was in the form of a familial match from Parabon’s tests, the results of which were disclosed to investigators by Parabon CEO Steven Armentrout on May 14.

Further research by Parabon Genealogist CeCe Moore determined that Rowe was a “strong viable suspect,” according to the criminal affidavit.

Rowe was 24 at the time of the crime and lived on East Chestnut Street, 4 miles away from Mirack’s Greenfield Estates townhouse.

Within a day of the May 14 disclosure, investigators pored over Rowe’s life and placed his 249 Whittier Lane home under 24-hour video surveillance.

Investigators found out about Rowe’s next disc jockeying gig on May 31 at Smoketown Elementary School.

The school PTO was holding its annual party for sixth graders moving on to Conestoga Valley Middle School, and investigators “decided it was a good setting for the DNA-collection detail,” said District Attorney’s office spokesman Brett Hambright.

In coordination with the Pennsylvania State Police’s Cold Case Unit, undercover investigators attended the function and noticed Rowe drinking from a Kirkland-branded water bottle, according to the affidavit.

After Rowe left the school later that evening, undercover detectives drew closer to the water bottle and noticed a piece of chewing gum inside one of two plastic cups near it.

To avoid suspicion from observers, undercover investigators collected the entire garbage bag after the event and recovered the bottle and cup containing chewing gum, according to Pennsylvania State Police spokesman Trooper James Spencer.

Four days later, on June 4, the items were driven to the state police DNA lab in Greensburg, where results on June 8 matched DNA samples from the crime scene.

Subsequent weeks were merely verifying the already rock-solid matches by comparing additional samples from Mirack and re-testing against Rowe’s DNA, which delivered even stronger ties.

One probability of an unrelated match was 1 in 15 nonillion, or 15 followed by 30 zeros.

“The numbers are some numbers I’ve never even heard of,” Stedman said at the news conference.

The name “Raymond Rowe” meant nothing to Vince Mirack and his family until Monday, when inve…

Behind the science: What to know about the DNA analysis that led police to Rowe

On Monday, Lancaster became one of the first communities in the nation to make an arrest on …

DNA tests cracked a 25-year-old cold case — but is your privacy safe?

DNA tests can tell you about your family history and connect you to relatives. But will the information be private?

Raymond Rowe never raised a whisper of suspicion during the 25 years he built a DJ business with gigs throughout Lancaster County and beyond.

Here’s what we learned Tuesday when Raymond Rowe pleaded guilty to raping and fatally strangling Christy Mirack in 1992.

Dozens of unsolved homicides in Lancaster County will get a closer look under a new investigative unit, the county's district attorney's offic…

The 86-year-old woman in rural Utah doesn’t usually answer solicitations from strangers, she said, but the young couple who knocked on her fro…

When Heather Woock was in her late 20s, she started researching her family history. As part of the project, she spit into a tube and sent it t…