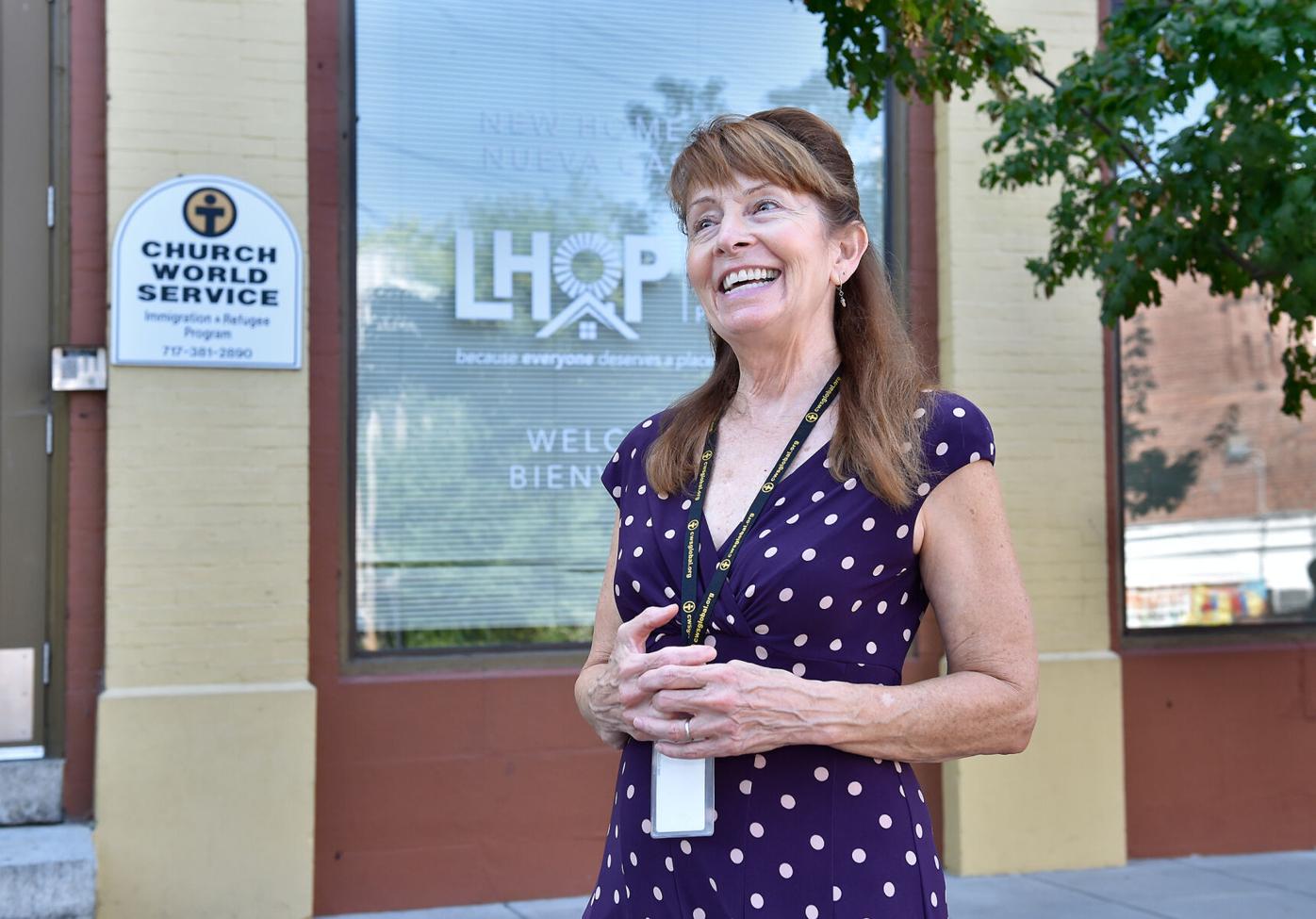 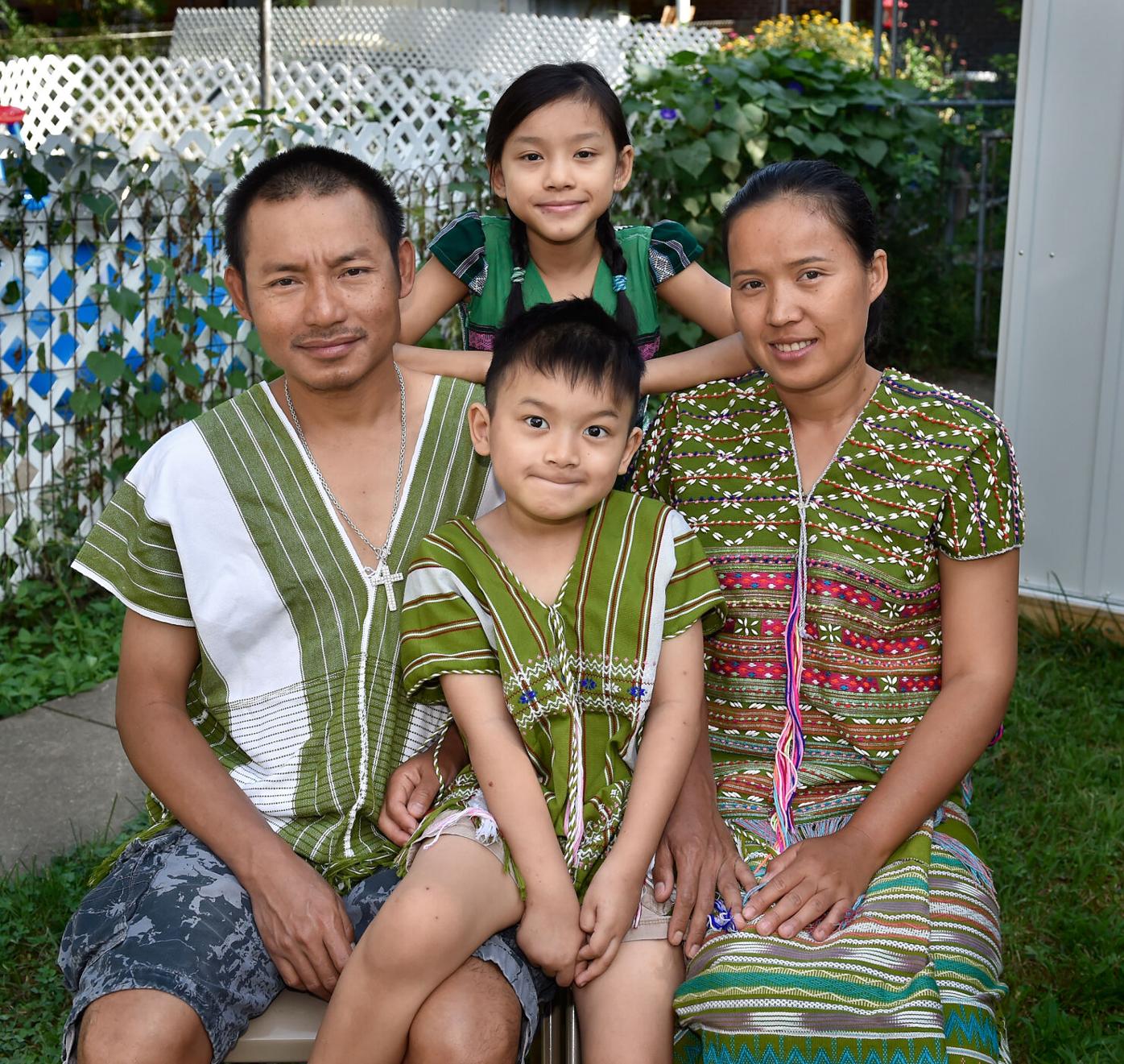 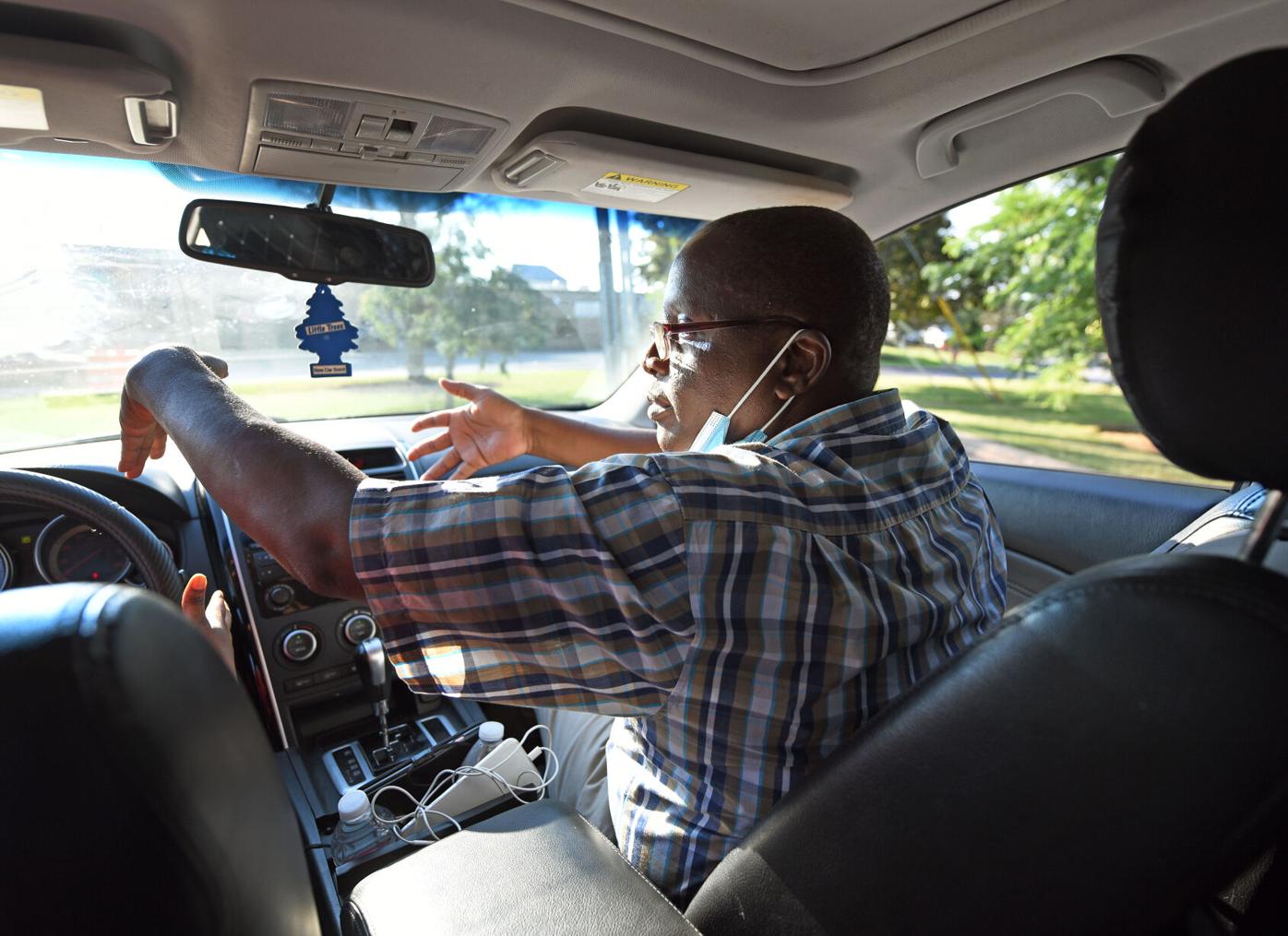 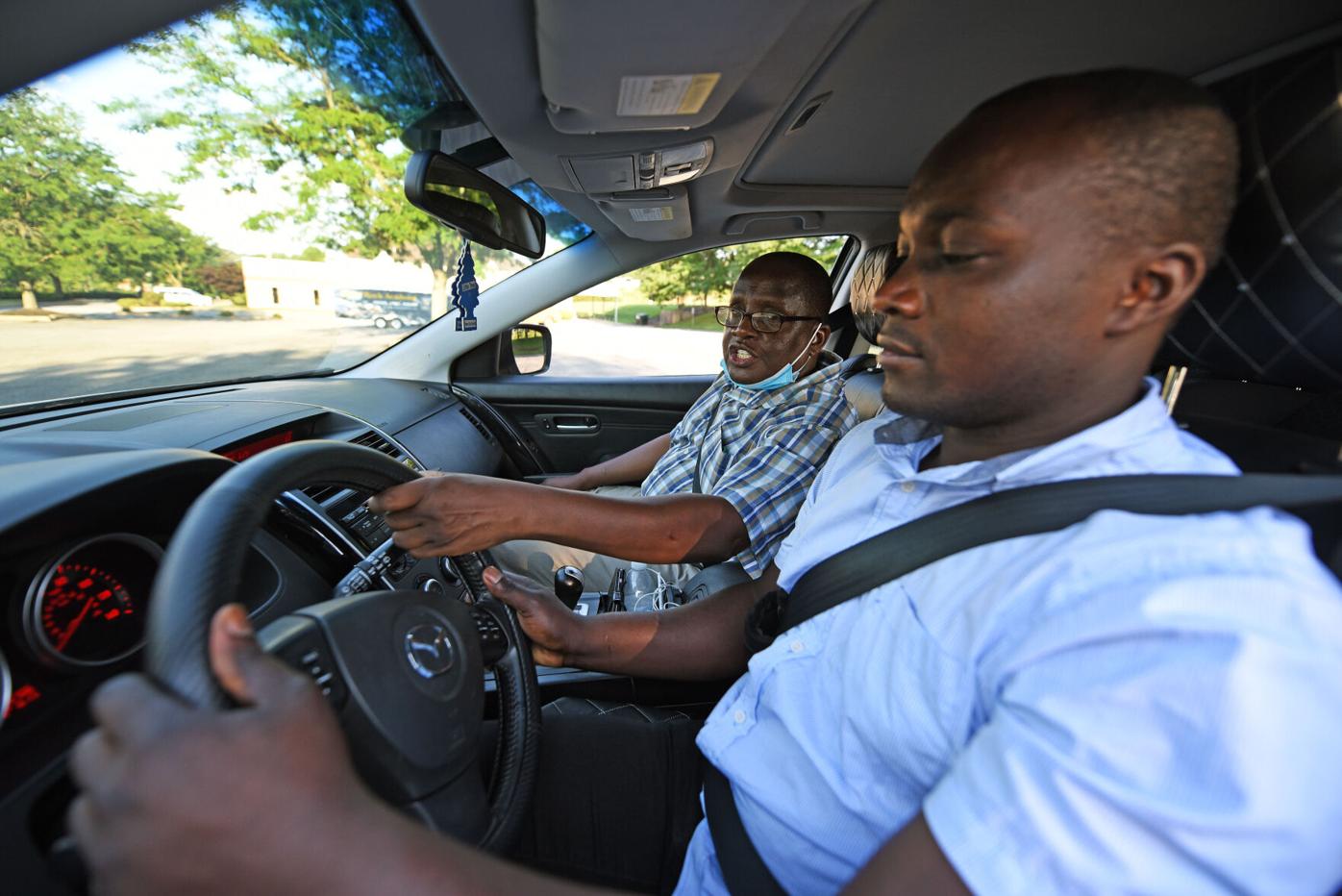 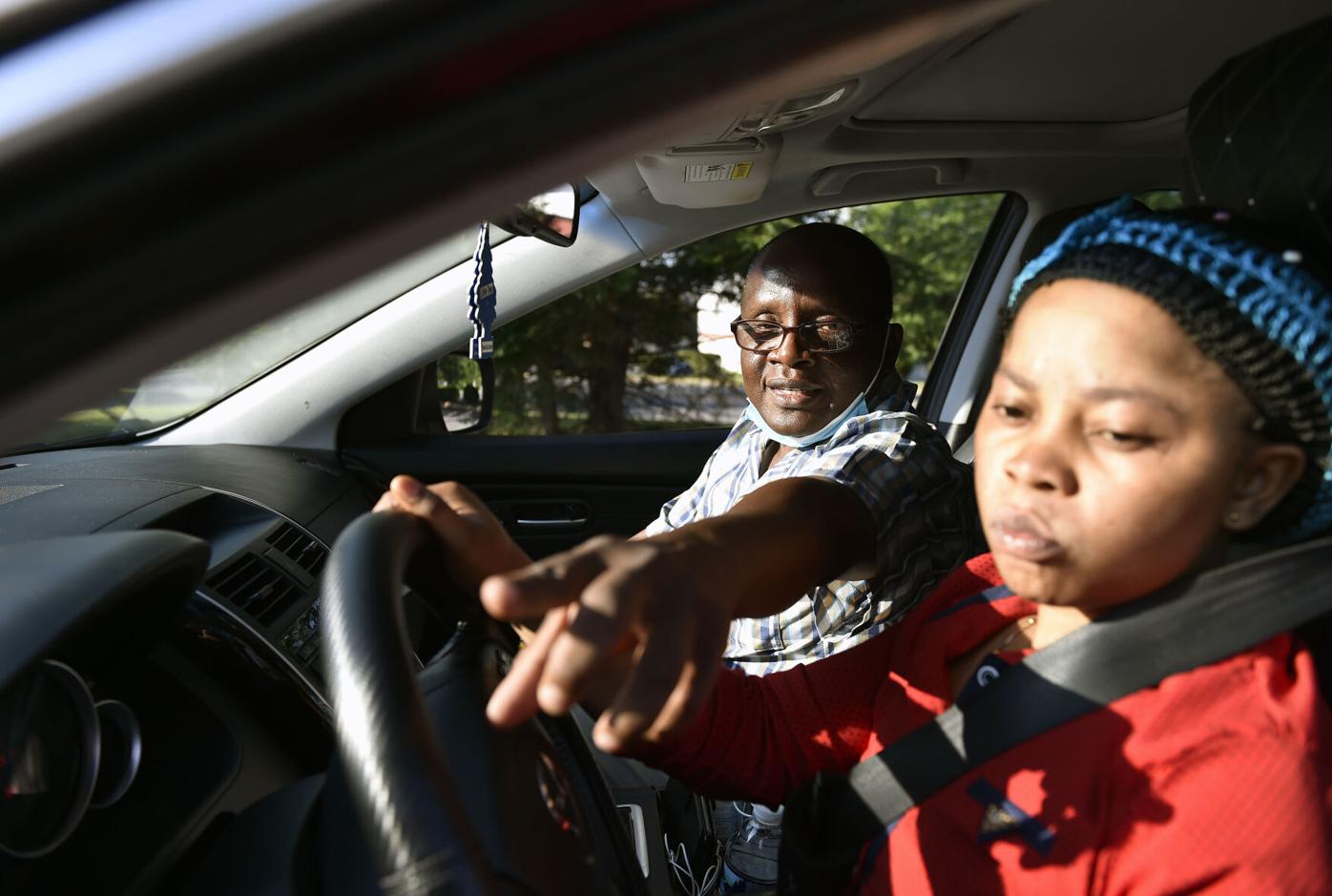 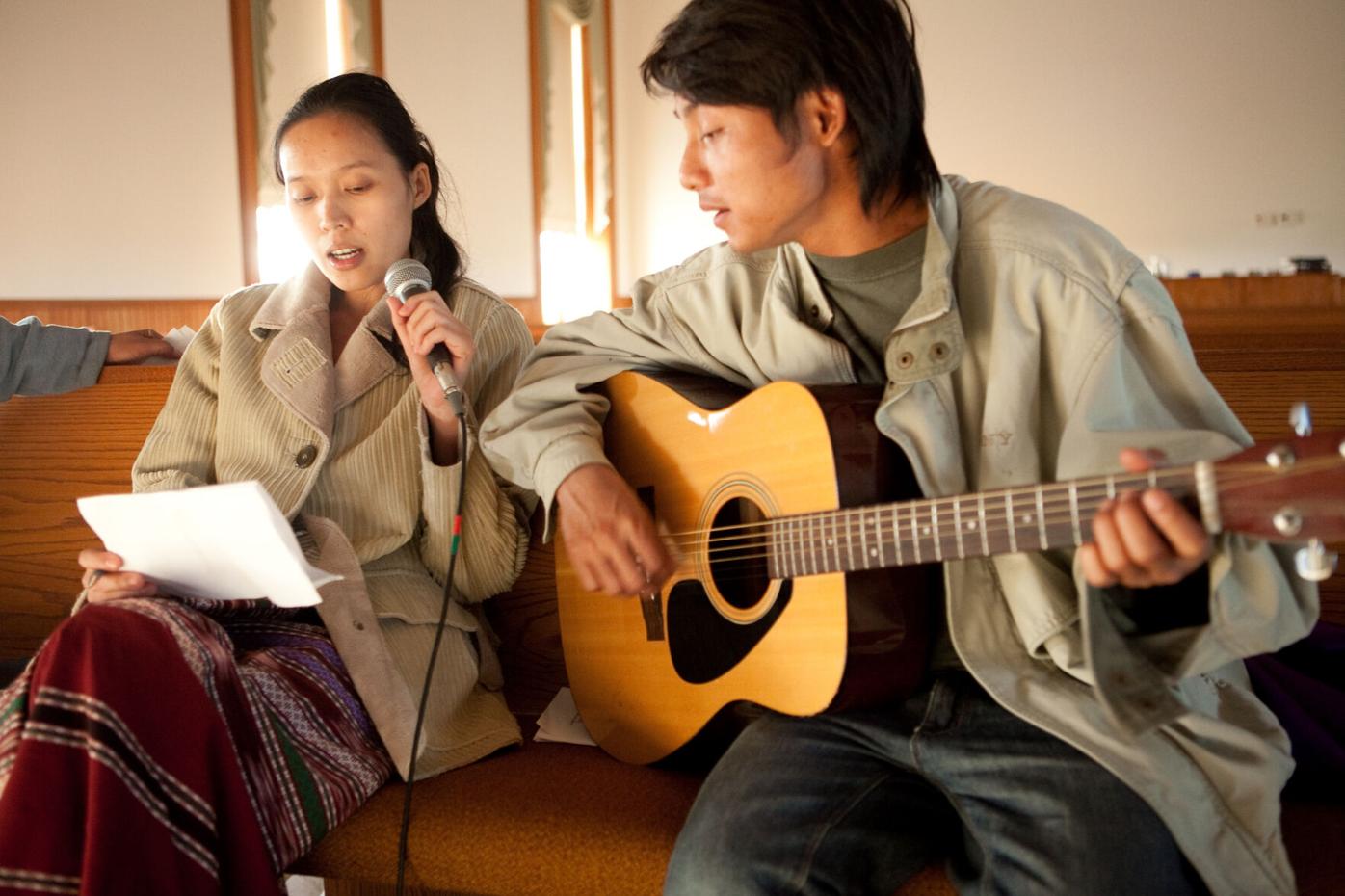 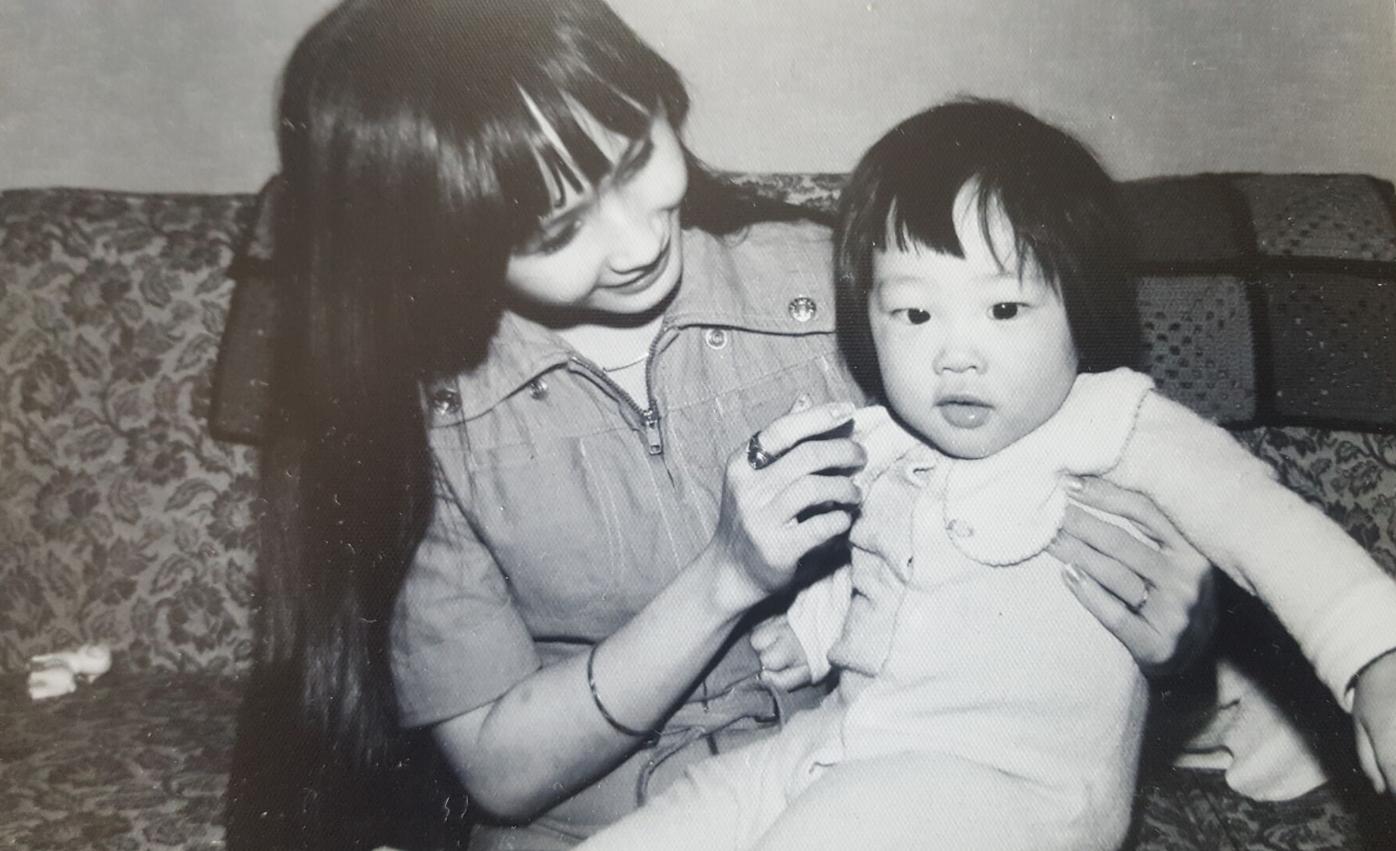 This Vietnamese mother and child, refugees of the Vietnam War, were resettled in Lancaster County by a Mennonite family. 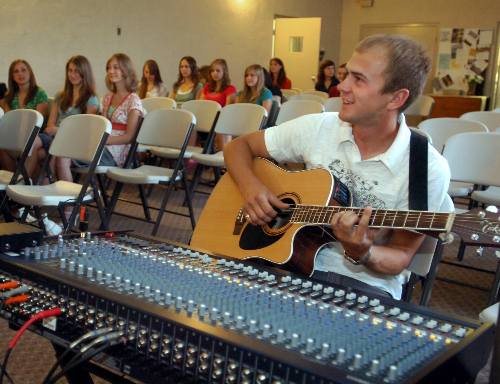 In this photo from 2007, Valiantsin Rybaltouski plays guitar during a Russian youth-group meeting at Bethany Slavic Church in Ephrata. 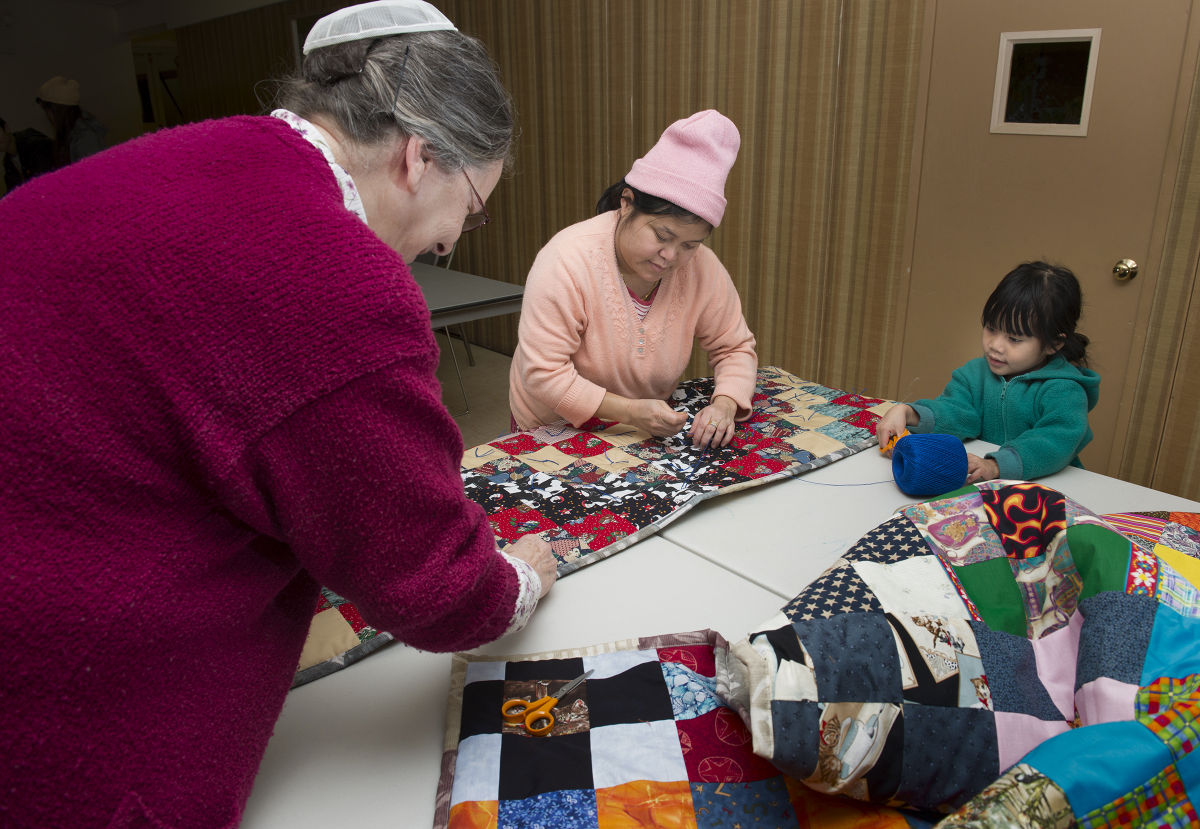 In this photo from January 2015, Mary Jane Nissley, Weehtoo Twee and her daughter, Pawshee Sheepaw, 5, work on a quilt to benefit Habecker Mennonite Church's mission work. 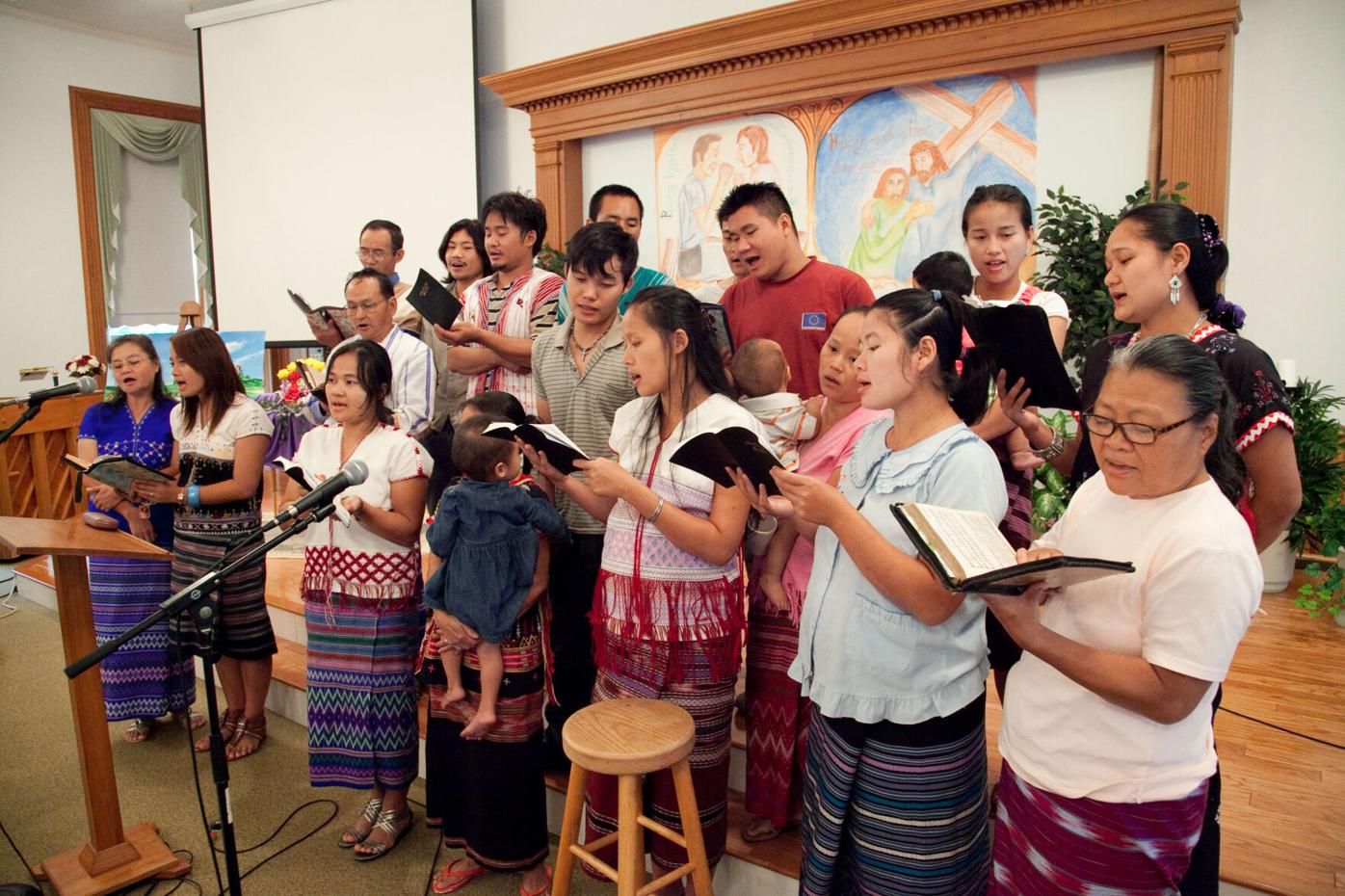 Her search for volunteers to help resettle desperate, usually destitute people uprooted from homelands around the world brought Sheila McGeehan Mastropietro one evening in June 2008 to a small church in Manor Township farm country.

Mastropietro, the director of Church World Service in Lancaster, needed a church sponsor for an Asian couple and their two children. The family was on the leading edge of tens of thousands of the persecuted Karen from Myanmar the United States agreed to take in from camps in Thailand.

A petite, earnest woman, Mastropietro spoke to about 20 members of Habecker Mennonite Church about the refugees’ plight and how volunteers can ease their transition to a new life in America.

Rhoda Charles was moved. Within days, she said, the church formed a committee to help the family. A dozen years later, scores of Karen worship at Habecker, reinvigorating a once dying church.

Since she began resettling refugees in 1987, Mastropietro has given talks to countless groups to enlist their aid. While she never imagined her work would add up to something transformative, her tenacity gradually changed both Lancaster County’s demographics and how it sees itself.

The numbers speak for themselves. The way hearts opened in the Manor Township congregation was something Mastropietro saw often in the 33 years she helped to resettle over 6,000 asylum seekers from 37 countries plus 15 former Soviet republics in Lancaster and neighboring counties. She oversaw resettlement of another 2,300 who came in a separate U.S. initiative from Cuba and Haiti. (Hundreds more were resettled by other agencies.)

All told, the newcomers exceed the population of Mount Joy Borough.

According to the Census Bureau, over 31,000 county residents, or 5.7% of the population, were foreign born in 2018, the latest data available. The percentage rises to 11.6% in Lancaster city, where over 6,900 were born in other countries. Many of these were not refugees, but the BBC still took note, dubbing Lancaster “America’s refugee capital.”

The news outlet calculated in 2017 that in the previous four years the community had taken in 20 times more refugees per capita than the rest of the nation.

In introducing a resolution last month to honor Mastropietro on her retirement, Ismail Smith-Wade-El, president of City Council, summed up Lancaster’s pride in being a place of welcome, saying, “We’ve lived up to our stated values.”

Mastropietro deflects the credit, noting that in opening her one-person office in 1987, she built upon a welcoming tradition. It was evident in the early 1950s when Lancaster County residents gave a fresh start to eastern Europeans displaced by World War II and communism.

In June 1950, for example, Arthur and Miriam Charles of Manor Township hosted a family of four from Ukraine on their farm’s “summer house,” Jonathan Charles, their son, recalls. Three more families came in the next three years.

County residents stepped up again after South Vietnam’s fall, taking in at least 1,000 of the 22,000 Vietnamese and Cambodians the government temporarily housed in 1975 at Fort Indiantown Gap in Lebanon County.

“It was a crisis and people responded,” said Donald Sensenig, a former missionary in Vietnam who headed Mennonite Central Committee’s refugee program.

Mechanic Grove Church of the Brethren, south of Quarryville, for example, resettled three families in 1975. Four years later, the church raised $1,500 to fly in a family of 10 from Fort Chaffee in Arkansas, Pastor Earl Ziegler, now retired, recalled.

The father, who had taught high school in South Vietnam, worked at St. Joseph Hospital as a janitor before opening a small grocery store in Philadelphia. Decades later, Ziegler said, one of the sons came back with a $1,500 check.

Mastropietro, a graduate of Lancaster Catholic High School and Franklin & Marshall College, hadn’t planned for a career in refugee resettlement. But after receiving a master’s degree in international relations at the University of Kentucky, she needed a job.

In 1987, she answered a help-wanted posting by a small Delaware County organization with the long name of PRIME — Ecumenical Commitment to Refugees. The agency, which subcontracted with Church World Service, hired Mastropietro to open a sub-office in Lancaster serving south-central Pennsylvania.

Because Catholics and Lutherans had their own programs, Mastropietro began contacting Methodist, Presbyterian and other congregations affiliated with the National Council of Churches.

Finding congregations willing to take the plunge took time. Mastropietro often resettled people on her own, including a Romanian photojournalist who fled for his life in 1987 during the Ceausescu regime.

Meanwhile, halfway around the world, a new set of outcasts were pinning their hopes on a place they knew nothing about: Pennsylvania.

They were devout Pentecostal Christians in Russia who rejected Soviet culture and suffered for it.

Patrushev, traveling with her parents and four sisters, stayed first in Reading for several months before moving into a house in East Earl Township under the sponsorship of Weaverland Mennonite Church.

Now 47, Patrushev, who goes by Pidgorodetskiy, her married name, marvels at the help the family received.

“We were used to living in a small house,” she said. “But they moved us into an old farmhouse with four bedrooms, two bathrooms, a big kitchen and living room. They found jobs for my older siblings. They took us to doctor’s appointments. They were buying food for us.”

Joyce Weaver, who, with her husband, Nelson, helped to lead the 12-member church committee assisting the family, called the experience “a fun season” as the Patrushevs threw themselves into learning English and going to work or school. A window manufacturer in Morgantown employed the adults.

“Whenever they invited the committee to the house, they would have a feast for us and then have prayers for us,” Weaver said.

Since 1989, over 2,000 refugees from the former Soviet Union moved into the Ephrata area, the largest arrival from a single ethnic group during Mastropietro’s tenure.

“People wanted to resettle the Russians,” she said. “You’d get a Mennonite church to do it, and then people would call to say they wanted to.”

So many Russians were coming in that Mastropietro hired a Russian-speaking staffer.

As Russians got acclimated, some started businesses. The Russian community also started their own churches.

Although her father was going blind, he “was so happy to be here,” Pidgorodetskiy said, “so glad to give us a better life.”

“We came with nothing,” she said, “and this is a land of dreams.”

“I cannot describe the way I felt” on getting a call in 2012 saying his flight from Nairobi to the United States was approved, Saami Muya, 49, recalled.

When he’s not working, Muya is often helping others from Africa, accompanying them to appointments and teaching them to drive.

A world map hanging at the wholesaler Green Leaf Plants in East Lampeter Township features hundreds of colored pins, many clustered in places like southern Asia or eastern Africa, each pin representing where a worker was born. Currently, the greenhouses employs nearly 30 people who were refugees.

“Agriculture is a very labor intensive job, and we struggle with hiring,” Cindy Myers, human resources and operations manager, said. If not for the refugees, “we would not have been able to meet all of our production needs.”

The company manages the language barrier using colors and numbers.

“We are able to get the work done, and we’re able to teach refugees how to use a time clock and what a workday looks like,” Myers said, so that those who want to can move on to other employment.

“We’re happy to be part of their journey,” she said.

Ten years ago, July Paw came to Lancaster as a single woman of 24 who had lived for 20 years in a crowded camp in Thailand.

“None of my family wanted to come,” Paw, of the Karen minority from Myanmar, said. “I decided to come alone and see what happens.”

Church World Service found her an apartment. She went to English classes at Bright Side Opportunities Center and worked at Onion's Café. She heard from other Karen refugees of how welcoming Habecker Mennonite Church was. She started attending services at the church, where she met her future husband, Pa Bu, a lift operator at Four Seasons Produce near Ephrata.

Paw told her family everything was OK in the United States, and they followed her to Lancaster.

Paw and her husband bought a small house, where they are raising two children, ages 8 and 5. She has started studying for a high school graduation equivalency diploma.

Eight years after coming to the United States, she became a citizen. The occasion filled her with joy.

Jonathan Charles, a 10th generation Mennonite in Manor Township, regrets that his German heritage included taking land from indigenous people, some of whom were slaughtered in Lancaster in 1763, a year after land was deeded for Habecker Mennonite Church, where he worships.

“We have no church statements of remorse,” he said. “We became the quiet in the land.”

But today, in befriending the Karen, Charles thinks back to the first migrants crossing from Asia and settling a new continent over 16,000 years ago. Could the Karen and indigenous Americans be distantly related, “ancient cousins” as he calls them?

He finds the connection profound.

“We grieve our history,” Charles said, “but God allows us to redeem it by welcoming the children of their ancient cousins back to the same land. Having these people in our midst today is an opportunity for us to live out our repentance.”

Anchor Lancaster is the new name of a weekday breakfast program that has been feeding the hungry since 1985.

For refugees and immigrants entering the United States, the struggle doesn’t end once they arrive on American soil.

Here are the 6 steps to take to become a U.S. citizen

Editor's note: This story accompanies a larger one about cost of immigration. Click here to read.

It helped that Laura Kanagy was a former teacher.