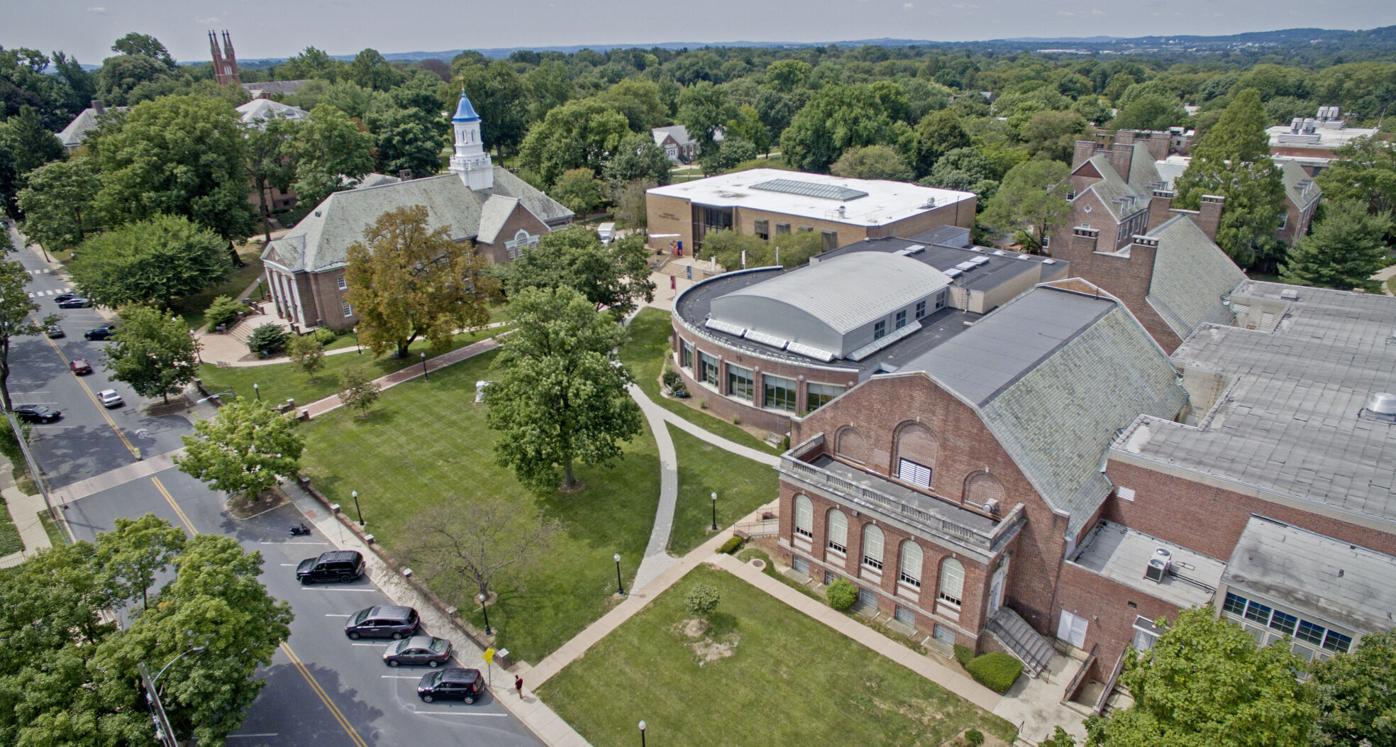 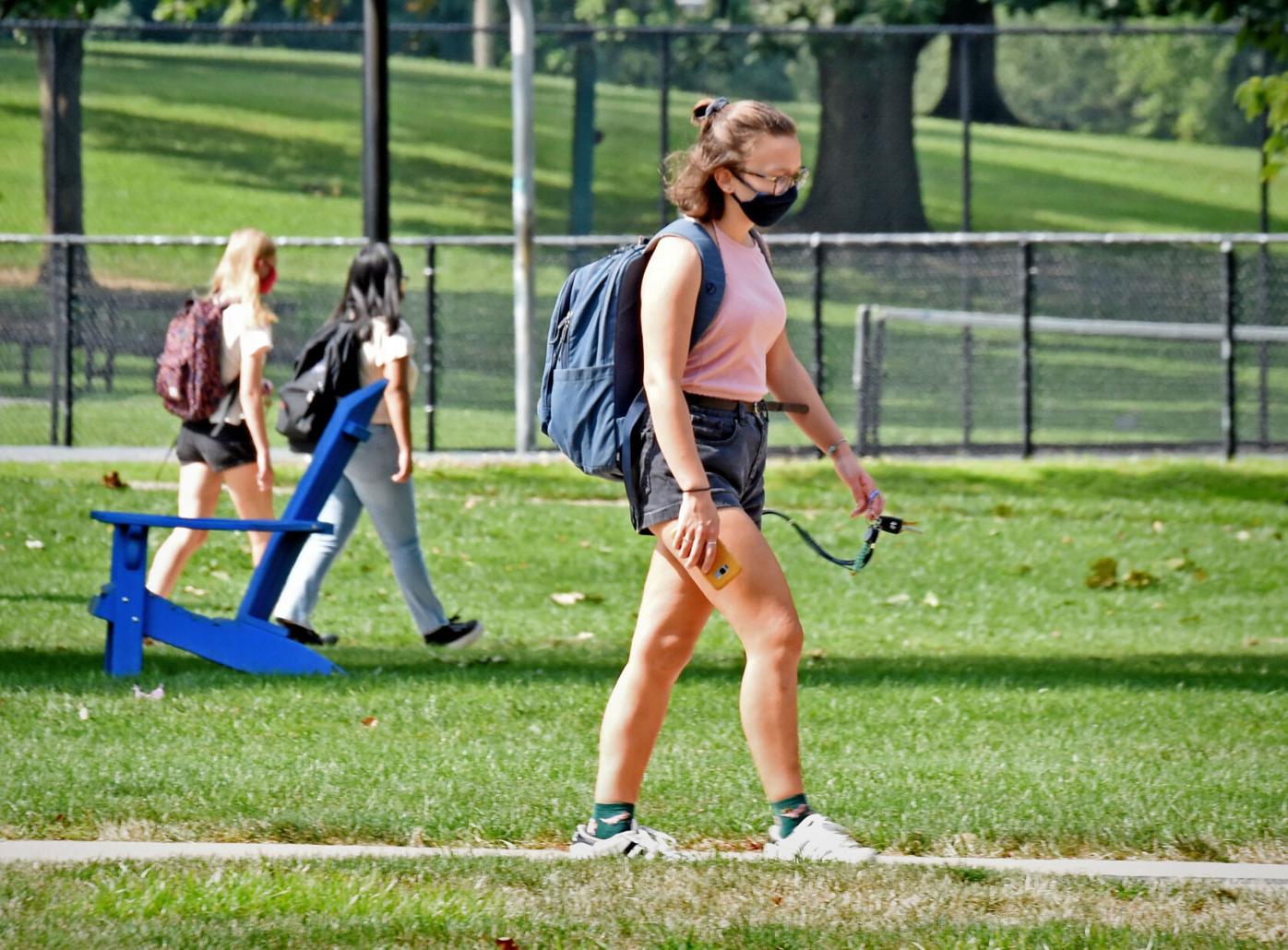 In an effort to keep students healthy by minimizing the spread of COVID-19, officials at Franklin & Marshall College are looking to likely one of the dirtiest places on campus — its sewer system.

Specifically, they will be sampling wastewater flowing through its pipes, looking for indications that the coronavirus is spreading among the student body, said Alan Caniglia, the college’s vice president for strategic initiatives.

It’s a process that some Pennsylvania leaders have already applied at a citywide scale.

“We are trying to do everything in as fact-based an approach as we can,” Caniglia said. “We are relying on the best science available.”

Already, four students at F&M have tested positive for the coronavirus, while seven more are at-risk and awaiting test results in quarantine, according to online data updated Friday by college officials.

Six of the at-risk students are on campus, and one is at home. One of the students who tested positive is isolating on campus, while the other three are isolating at home.

Last week, Caniglia explained the testing process, which can be used to detect the presence of COVID-19 in wastewater to signal a potential outbreak within a population.

Wastewater samples will be taken once a week over a 24-hour period at each of the sites and sent away for individual testing to ensure results remain isolated by geographic area.

If any of the tests come back positive for COVID-19, especially at a high level, it could signal a potential outbreak in a corresponding student housing complex, Caniglia said.

“That would be the strongest clue that something is going on there,” he said.

Caniglia explained college officials could then request that each student in that complex be tested to identify and properly quarantine infected people to thwart the virus’ spread.

The method could prove especially effective at catching early outbreaks, Caniglia said, because the virus can appear in an infected person’s waste even before they begin to show symptoms — or if they are asymptomatic, not showing symptoms at all.

“It’s at least the idea,” Caniglia said, revealing Thursday that the first samples were taken that week and results had not yet been reviewed.

“How this actually works in practice is an open question, I would have to say,” he said.

That theory now has some support, with officials at the Tucson-based University of Arizona announcing last week that wastewater testing at the school helped to identify and isolate two asymptomatic students in one dormitory.

About 1,500 of F&M’s 2,300 students are taking classes on campus this semester, Caniglia said. That includes commuters.

The same testing process used at F&M can be applied on a larger scale at the community level to determine infection rates in cities and other municipalities.

That’s according to Jess Rosentel, director of wastewater operations at Capital Region Water, which provides sewer service to Harrisburg city and the surrounding area — about 125,000 people.

There, officials have relied on technology developed by researchers tied to the Massachusetts Institute of Technology to test systemwide samples taken at the Dauphin County authority’s treatment plant. It’s a weekly practice that’s been ongoing since spring, Rosentel said.

Public may not be notified when a Pa. student tests positive for COVID-19; here's why

The tests, which run $1,200 a piece, are used to measure the concentration of COVID-19 genetic material in the system on a sample day, providing an estimate of how many people using the system are infected, he said, adding that would include out-of-town visitors.

Multiple messages left Thursday and Friday with Lancaster city officials about whether they are testing wastewater were not returned. Officials at Lancaster Area Sewer Authority, which serves eight Lancaster County municipalities, said they are not testing.

According to Rosentel the estimated infection rate in the Harrisburg area is often many times higher than the number of reported patients seeking treatment for the virus. He guessed that’s due to asymptomatic carriers and others who choose to not seek medical attention.

“It’s very valuable on the localized level,” he said of the estimates.

Working alongside the authority, data researchers at Harrisburg University are seeking funding to apply that testing at the neighborhood level, hoping to develop a method to detect hot spots in municipalities, said John Quigley, director of the university’s Center for Environment, Energy and Economy.

The idea is to eventually expand a Harrisburg-based pilot program to a statewide level, offering another tool to guide public health officials’ decision-making — possibly allowing for targeted neighborhood shutdowns or quarantines instead of wholesale actions.

“We are hoping in the next couple weeks to have some decisions from some potential funders,” Quigley said, adding that the pilot program could get underway almost immediately once funded.

“The information being presented through wastewater would likely increase the actual number of COVID-19 cases in Pennsylvania,” she said. “Efforts to increase the data being provided is always beneficial for our work. We are also beginning to hear of other parts of the state looking into this, but are not necessarily aware of all of the projects. This would include any efforts underway in the Lancaster area.”

How many COVID-19 cases would it take for Lancaster County college campuses to close? It's complicated

More than 90 Franklin & Marshall College students residing at the Brooks College House on campus were required to quarantine this week after the college’s wastewater testing picked up a positive COVID-19 case inside the dorm.