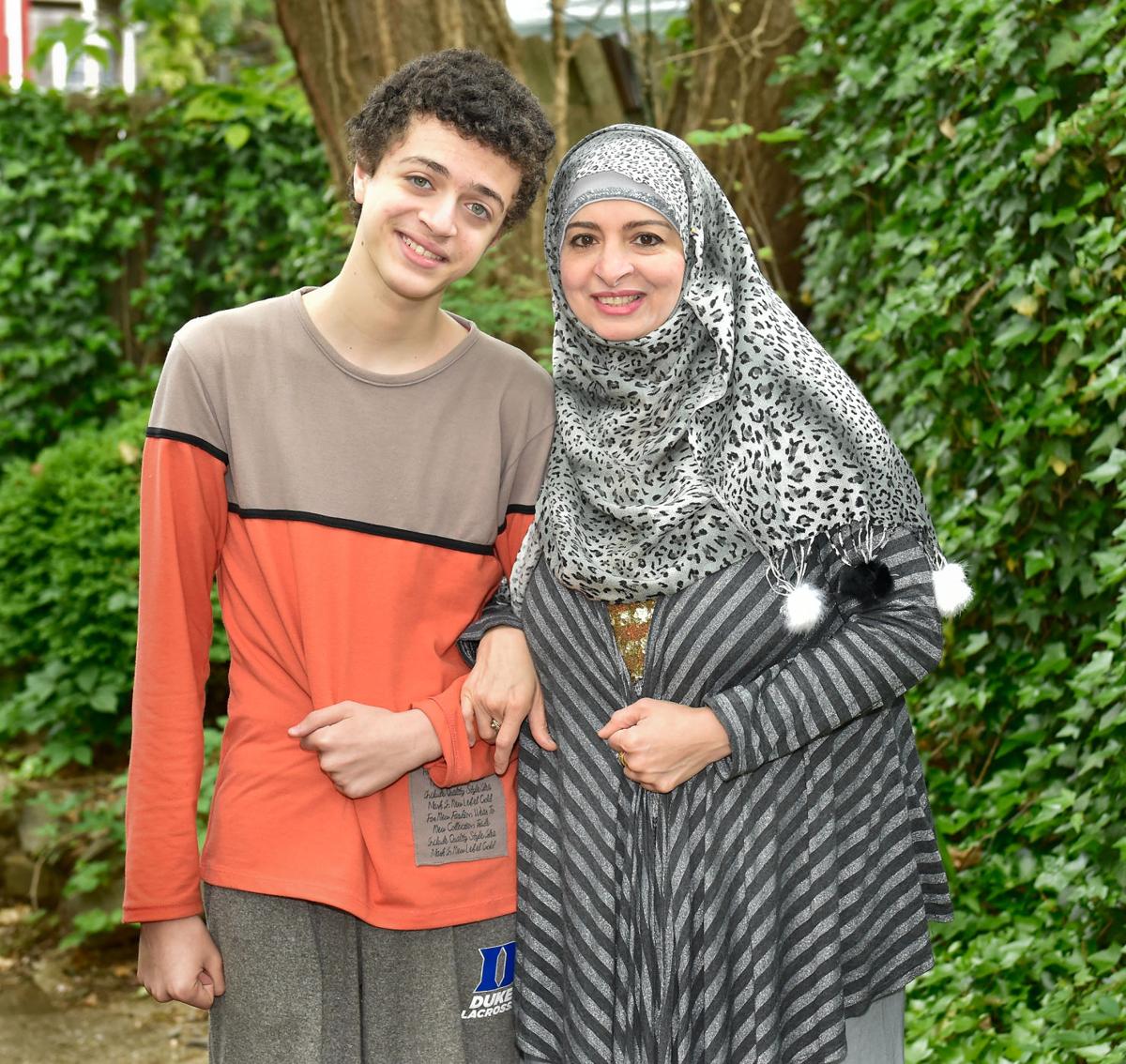 Reem Desouky and her son, Moustafa Hamed, 14, pose outside their Lancaster home on May 17, 2020. Desouky was released May 3, 2020, after spending almost 10 months in an Egyptian prison. 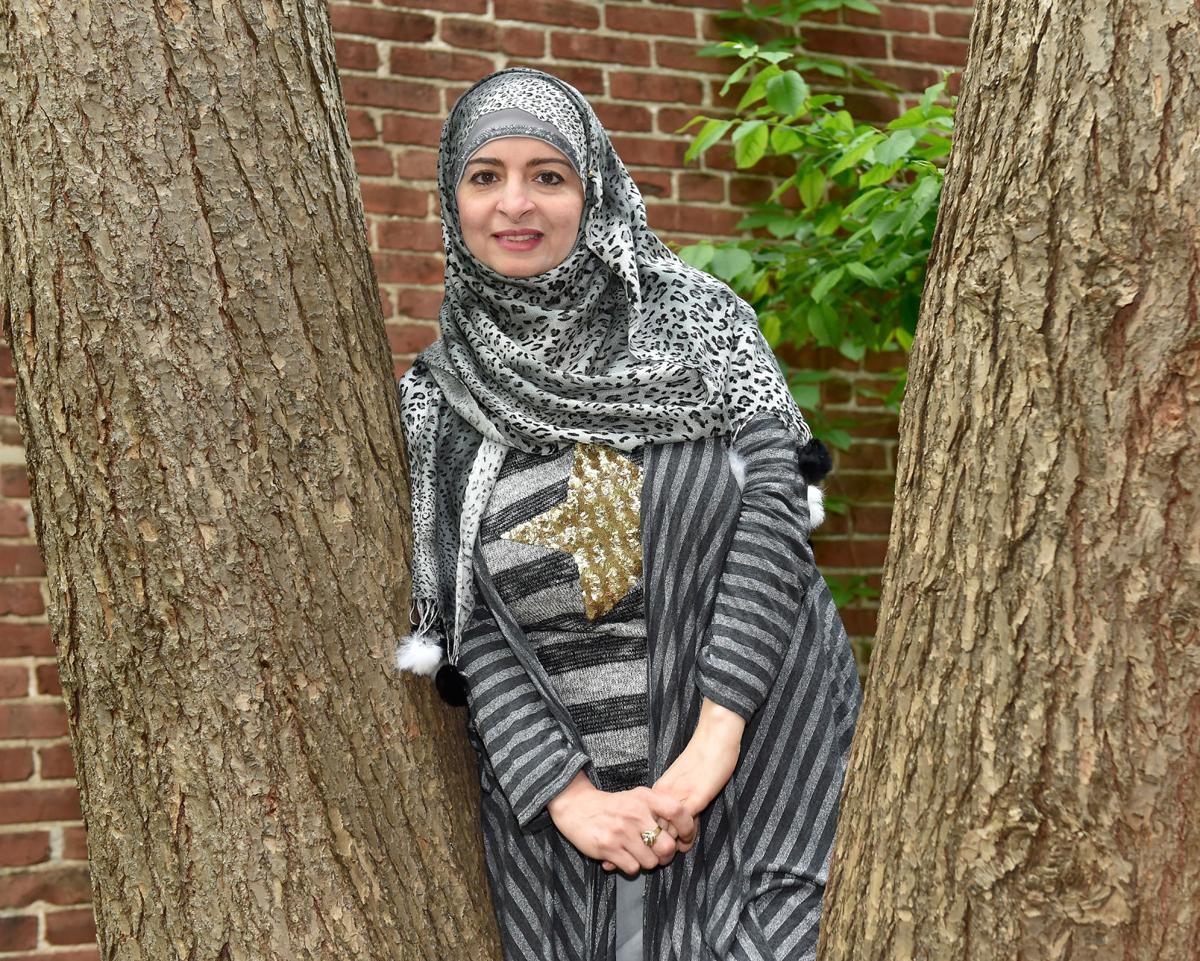 Reem Desouky poses outside her Lancaster home on May 17, 2020, after she spent almost 10 months in an Egyptian prison. 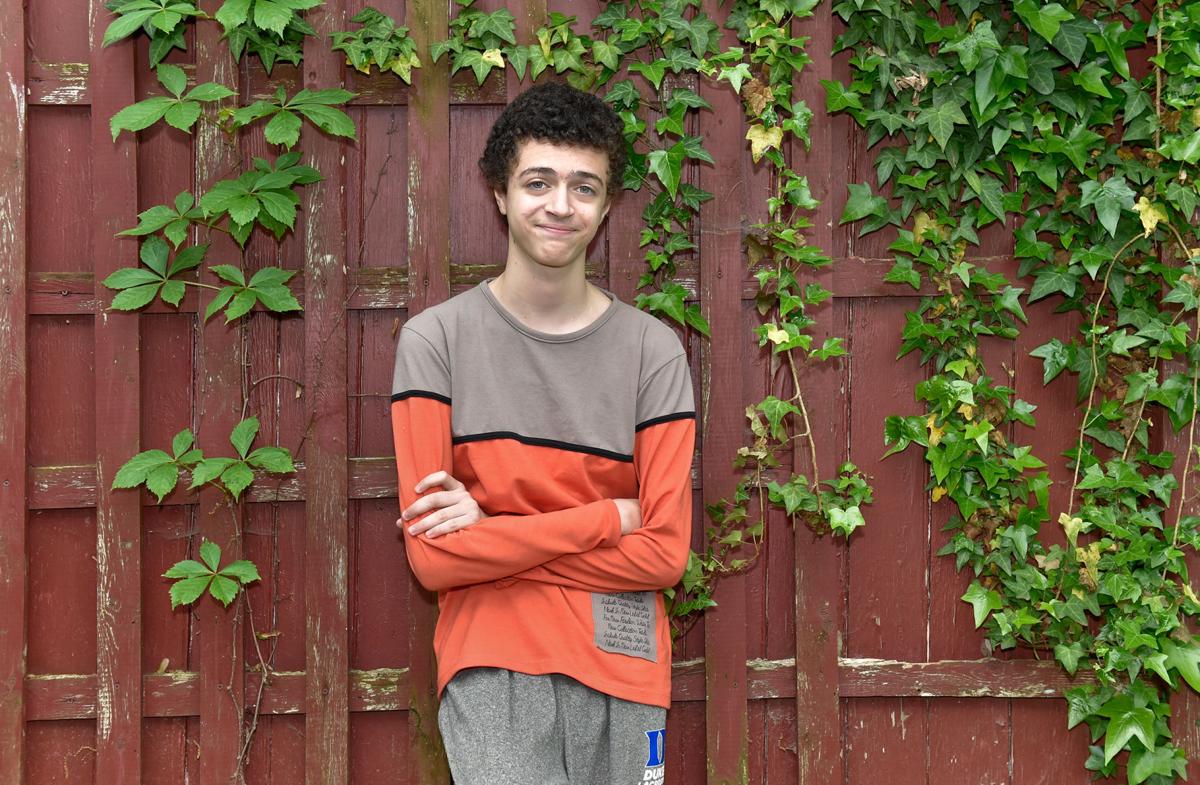 Moustafa Hamed, the 14-year-old son of Reem Desouky, poses outside their Lancaster home May, 17, 2020, after his mother spent 10 months in an Egyptian prison.

Reem Desouky, 47, flew to Egypt last July to end a five-year marriage she considered a sham. But she never made it to divorce court.

Instead, Egypt accused her of sharing anti-government social media posts and jailed her for almost 10 months without trial.

Released May 3 after she renounced her Egyptian citizenship, Desouky, a naturalized U.S. citizen, returned to Lancaster still trapped in a traumatic marriage.

Desouky is grateful for friends and those in the wider community who prayed for her, kept watch over her home and petitioned the U.S. government to seek her release.

But the COVID-19 crisis has complicated her efforts to pick up the pieces of her life.

A part-time interpreter for a shutdown translation agency, Desouky has no income. Bank accounts, credit cards and insurance policies were canceled. She also encountered problems applying for government benefits.

“There are a lot of roadblocks to getting her back to financial stability,” her neighbor, Kevin Shenk, said.

Friends established a GoFundMe account for Reem and her son.

‘Egypt is not safe’

Egyptian friends advised Desouky not to return to her homeland to divorce Ahmed S. Abozaid, 40.

“Egypt is not safe,” they told her. “You have posts on Facebook against the government.”

Since overthrowing an elected president in 2014, President Abdel Fatah al-Sissi has cracked down on dissent. But Desouky didn’t think Egypt would arrest a U.S. citizen for sharing posts critical of Egypt’s treatment of the poor. She closed her Facebook page before going.

Desouky flew to Cairo last July 7 with her 13-year-old son, Moustafa. She looked forward to visiting family and ending her marriage. She had an attorney and a court date.

Desouky was divorced from Moustafa’s father and married Abozaid in 2014 in Egypt. A cousin vouched for him, she said, and he seemed to be a devout Islamic man.

Abozaid lived with Desouky from December 2015 to 2017, but Desouky then obtained a protection from abuse order.

In July 2018, Manheim Township police charged Abozaid with indirect criminal conspiracy after he allegedly contacted Desouky three times, according to a newspaper report. He was later deported to Egypt, Desouky said.

Desouky’s troubles began immediately after getting off the plane in Cairo.

Authorities confiscated Desouky and Moustafa’s phones and questioned them about Facebook postings, she said.

Desouky said an official gave her a choice. She could renounce Egyptian citizenship and return home. Or she could stay in Egyptian custody and expect release the next day after the U.S. embassy was contacted. Desouky decided to stay, not expecting jail.

Desouky and her son sat in a detention room at the airport for two days. Then the authorities released Moustafa to Desouky’s brother, who lives in Cairo. But Desouky was taken to a women’s prison.

Desouky said she endured loneliness, anxiety and privations that she prefers not to talk about. She joined political prisoners on hunger strikes.

In August, Desouky’s brother, Nour, brought Moustafa for a visit. Without warning, the brother was arrested. Desouky despairs because Nour remains imprisoned.

He looked forward to monthly, 10-minute visits with his mother. In March, the pandemic ended those.

A judge ordered Desouky’s release in February, but prosecutors appealed the decision, the New York Times reported. She was finally released May 3 after what the Times described as months of pressure from the Trump administration.

Desouky said she was freed only after she renounced Egyptian citizenship.

The day before his mother’s release, the U.S. embassy called Moustafa and told him to pack and be ready the next morning to meet his mother at the airport.

The reunion at the same airport was emotional. Moustafa saw his mother coming. He jumped up and ran into her arms.

“It was happy tears, me and him,” Desouky said.

Desouky's neighbors — Kevin Shenk, his wife, Naomi, and their three children — picked up Desouky and Moustafa at the airport in Washington late on May 3.

“We were really surprised at how well she seemed,” Shenk said. “Obviously, there’s a lot she has to work through. This is definitely a very needy time. But overall, it felt like a real blessing for her to be, most of the time, cheerful and her old, joking self.”

Desouky remains unsure how she’s going to support herself and Moustafa and get her life back on track.

It's a proud day for new American

Editor's note: This story will be updated throughout the day. Be sure to check back for the latest news.

Dozens of phony PlayStation 4 controllers that were to be shipped to Lancaster were seized by U.S. Customs and Border Protection officers in H…

When: Supervisors meeting, May 18.

Counselors discuss ways to manage COVID-19 anxiety and anger, and how we move forward

Editor's Note: This story was originally published on May 24, 2020.