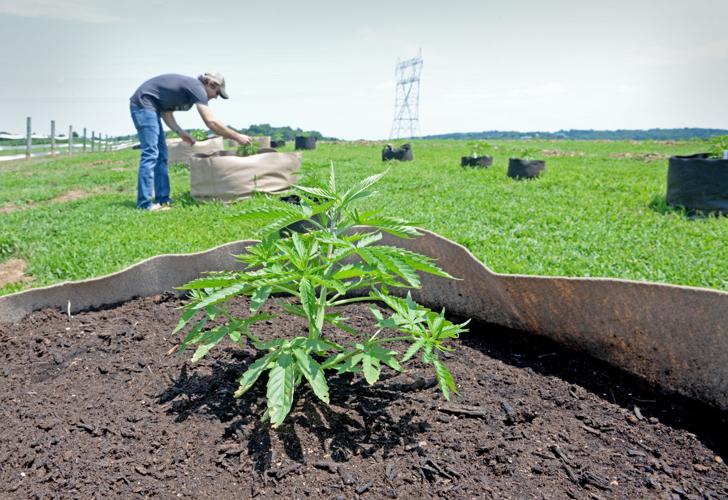 Hemp grows at Harbor View Farm in Martic Township Tuesday, July 2, 2019. Ben Miller, background is checking one of the plants. 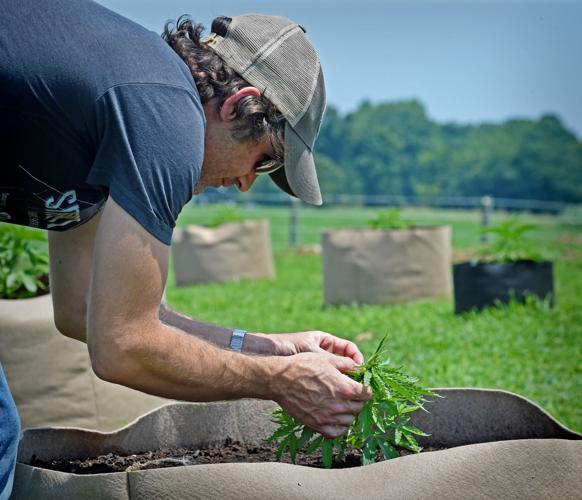 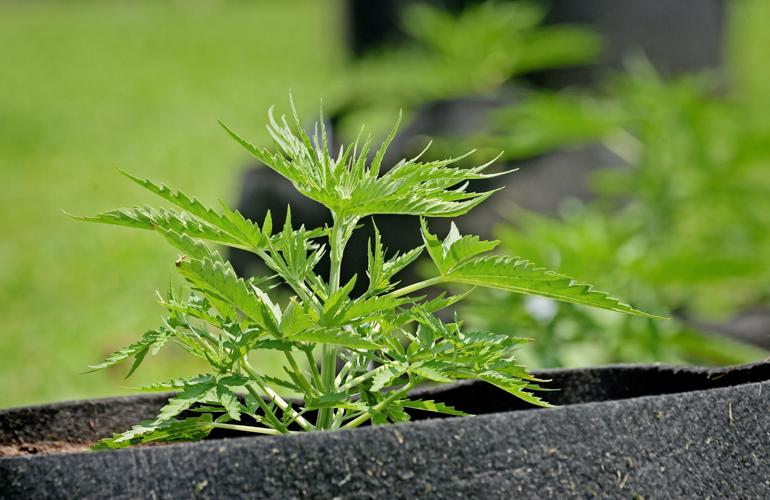 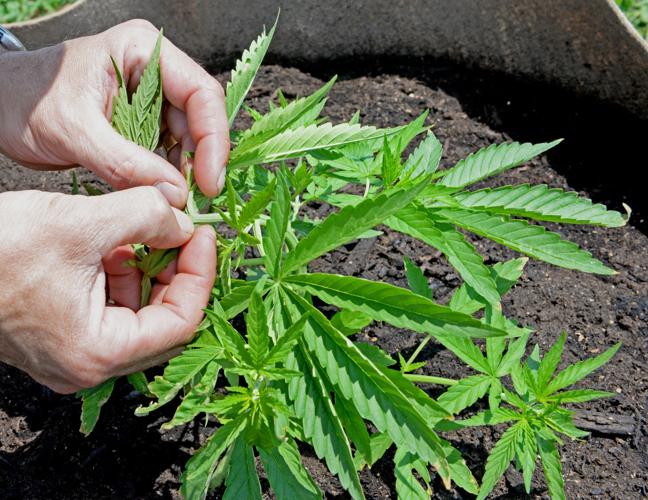 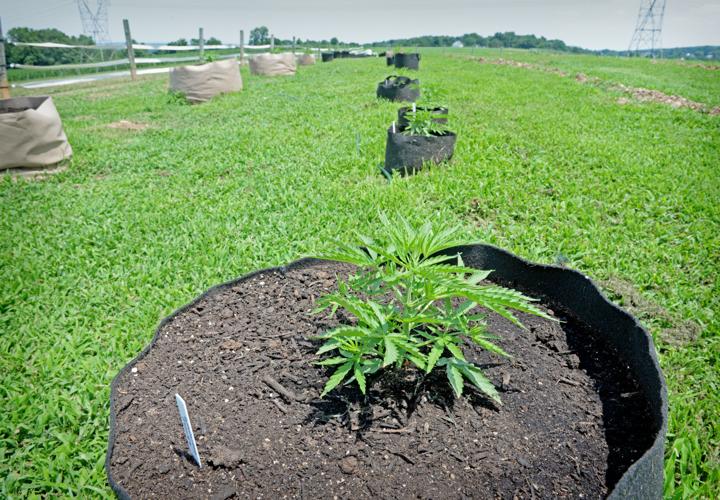 Hemp grows at Harbor View Farm in Martic Township Tuesday, July 2, 2019. Ben Miller, background is checking one of the plants.

The chance to grow industrial hemp is getting a lot of attention here, with Lancaster claiming far more permits than any other Pennsylvania county.

This is the first year since 1937 that the crop can be legally grown commercially in Pennsylvania, and the state Department of Agriculture reported issuing 323 permits covering 812 farms statewide. Of those, Lancaster got 55 permits covering 180 farms.

Jeffrey Graybill, a local Penn State Extension agronomy educator, said he believes ongoing challenges such as dairy losses are pushing farmers to seek out new opportunities — and all the hype about the hemp compound called CBD is helping too.

He also noted that tobacco has long been a crop that offered big returns from small fields, but suffered in last year’s wet weather.

“Growing more tobacco doesn’t help that situation, but growing a different crop hopefully will,” he said.

The department didn’t require applicants to say whether they plan to grow hemp for CBD or the fiber and seeds it has traditionally been used for. But Graybill said the vast majority of the farmers he has talked to are growing small amounts for CBD.

The Pennsylvania Department of Agriculture has posted the list of 2019 #hemp permit holders. It shows the mailing address the permits were sent to, not the authorized growing locations. https://t.co/KUaEuLRD36 #industrialhemp #agriculture #farming #CBD

Cory Nolt is a co-owner of Lancaster-based Plant Productions, which sells products for hydroponic growing, and has a farmer in the county growing about a half-acre of hemp for CBD in special pots.

Getting good seeds was a challenge for many this year, he said, and he’s hoping to help address that problem by selling hemp seeds, seedlings and clones next year.

How many acres of hemp are growing in Pennsylvania?

That information won’t be available until later in the year, according to the Pennsylvania Department of Agriculture.

Could people get high from it?

Industrial hemp and marijuana are both species of cannabis, but only marijuana has large amounts of the psychoactive substance THC, which is responsible for pot's reputation.

CBD is a compound that can be derived from hemp or marijuana. In Pennsylvania, any CBD products bought over the counter must come from hemp.

The Associated Press has reported that CBD supporters claim benefits include relief for pain and anxiety, with products surging in popularity “despite confusion around their legal status.”

A mid-June post from two officials at the U.S. Food and Drug Administration said it recognizes the potential benefits of CBD but “questions remain regarding its safety.”

The officials noted that the FDA has warned several companies about “marketing unapproved new drugs claiming to contain CBD” in the last few years, and that it is “exploring potential pathways for various types of CBD products to be lawfully marketed.”

Does it matter what they're grown for?

Yes. Hemp grown for CBD or similar uses loses a lot of its value if the plants are fertilized, so growers go to great lengths to eliminate male plants.

Jeffrey Graybill, a local Penn State Extension agronomy educator, said if hemp is being grown for fiber and grain is within a couple of miles of a CBD field, there’s potential for cross contamination.

“Hopefully farmers growing CBD hemp have been diligent about knowing what their close neighbors are doing and try to coordinate with each other,” he said.

How big a change is this?

Pennsylvania allowed limited growth for research purposes for the last two years. No local farmers participated in 2017, but Dell Riley and Cullen Farrell were among the handful of permit holders who had Lancaster County growing locations in 2018.

Riley is president of Destiny’s Agro Farm Inc., and said after losing a few to other growers this year, he has just three farmers here planting hemp for medicinal purposes.

He said he’s taking the long view, focusing on being prepared in a few years when the regulations are clear, and expects in the future his growing will be done in greenhouses.

Farrell is co-founder and co-owner of Lancaster-based juice company Rijuice and says he’s interested in possibilities hemp may open.

“We’re learning and applying as much as we can,” he said.

Here’s how many hemp growing locations are authorized in Lancaster and its bordering counties:

Lancaster Farming is launching a podcast with the story of a crop whose time may have finally come -- industrial hemp.

Shannon Powers, spokeswoman for the Pennsylvania Department of Agriculture, said at last count Lancaster County was the "epicenter," with more growing locations approved than any other county — 80 in at least 32 permits.

What Lancaster County farmers want to know about industrial hemp

Industrial hemp holds promise for farmers across Pennsylvania, but there are obstacles that …

Over-the-counter CBD oil and its products are available without a prescription, and are being touted as relief for a litany of conditions -- just know what you're really buying.

Pennsylvania is adding anxiety disorders and Tourette syndrome to the list of approved conditions for using medical marijuana.

A cannabis test that landed a Lehigh County man in jail this spring raises concerns about the legal status of hemp products, but the case has …

These are nervous times for some local farmers, as the state’s first large-scale hemp crop in eight decades approaches harvest season amid ong…

Rijuice rolls out new line of beverages with an unexpected ingredient: hemp