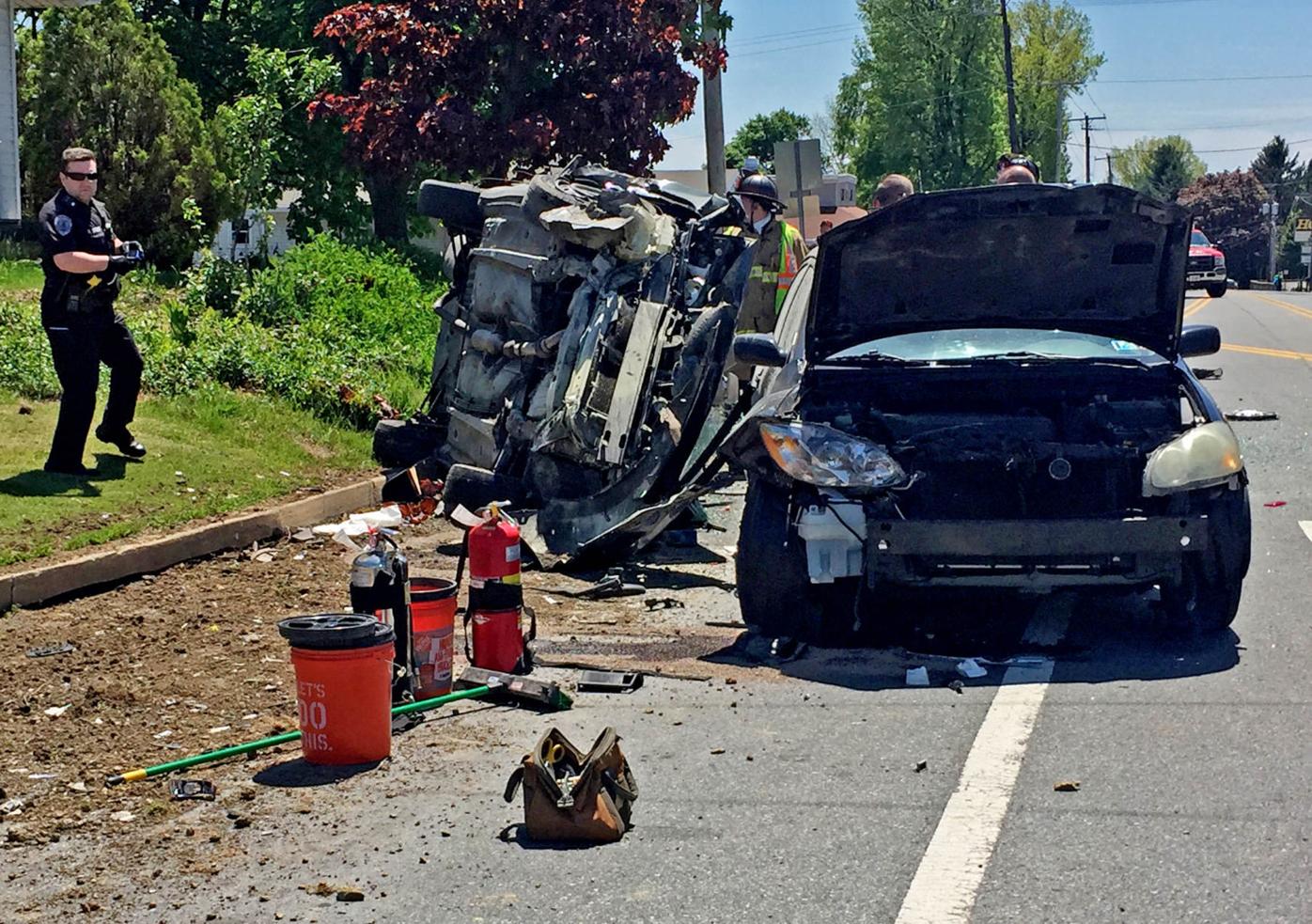 A vehicle flipped onto its side in a three-vehicle crash Monday afternoon in Mount Joy Township. 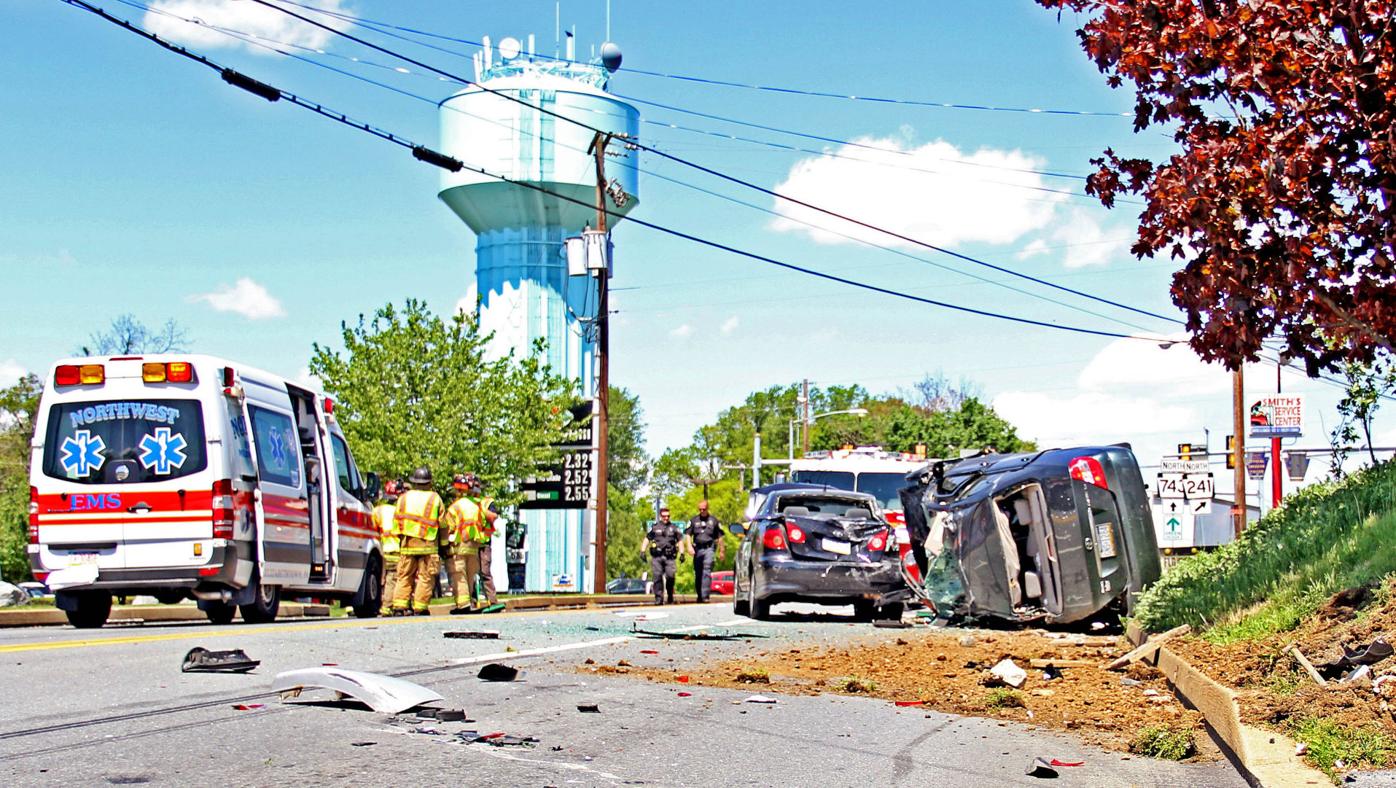 A car was flipped onto its side Monday afternoon in a three-vehicle crash north of Elizabethtown. 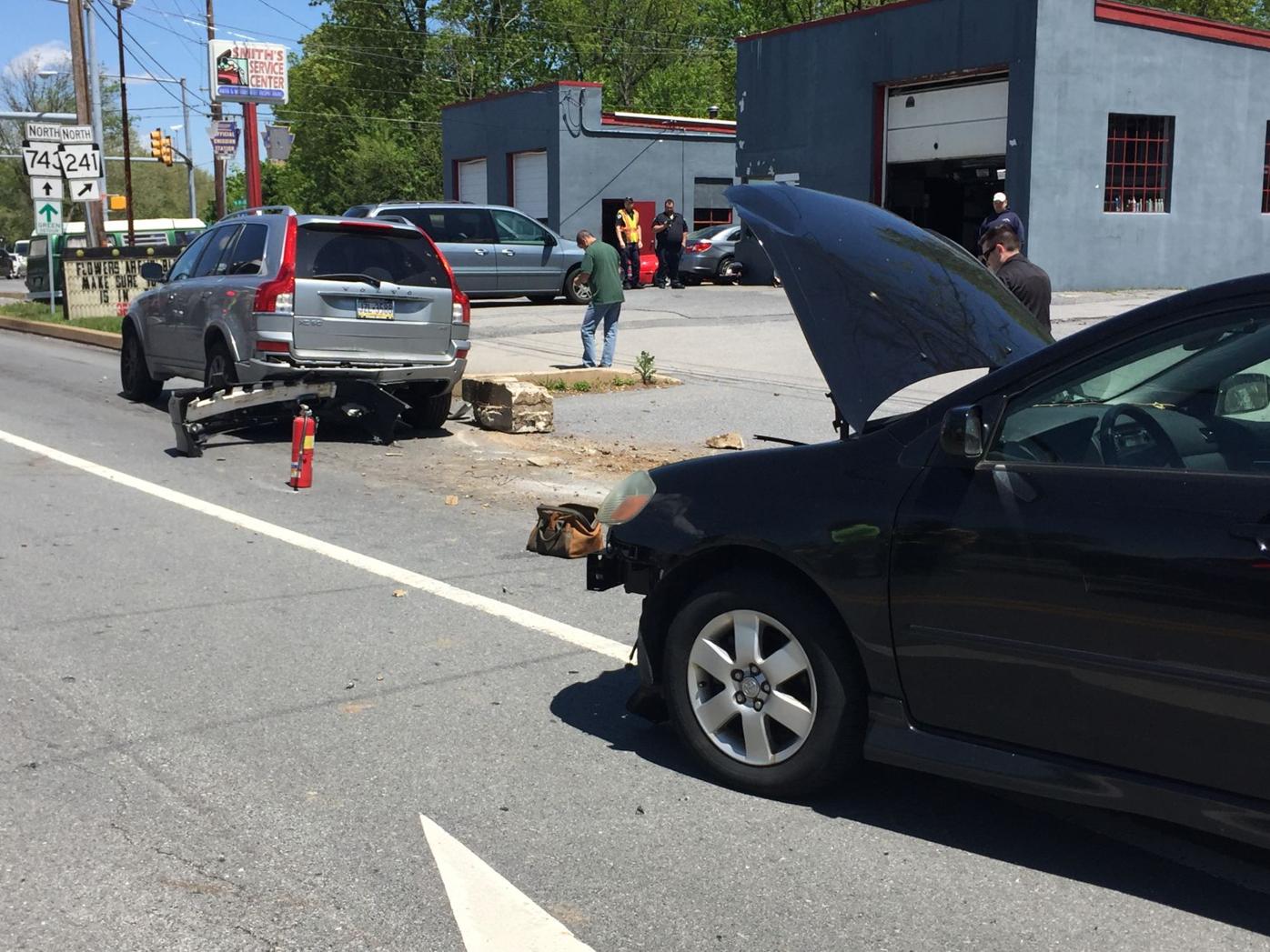 Damaged vehicles are along the side of the highway after a three-vehicle crash Monday afternoon in Mount Joy Township.

A Hershey man was injured in a four-car crash Monday in Mount Joy Township, north of Elizabethtown.

Northwest Regional police said a 2003 Toyota Camry, driven by Barry Speas, struck a concrete retention wall and flipped onto its side after Speas swerved to avoid stopped vehicles.

Initial reports indicated that one person was trapped in the wreckage.

Speas was transported to Hershey Medical Center for evaluation. He was not listed there as a patient Monday night, according to a hospital official.

Two vehicles involved in the crash were towed from the scene.