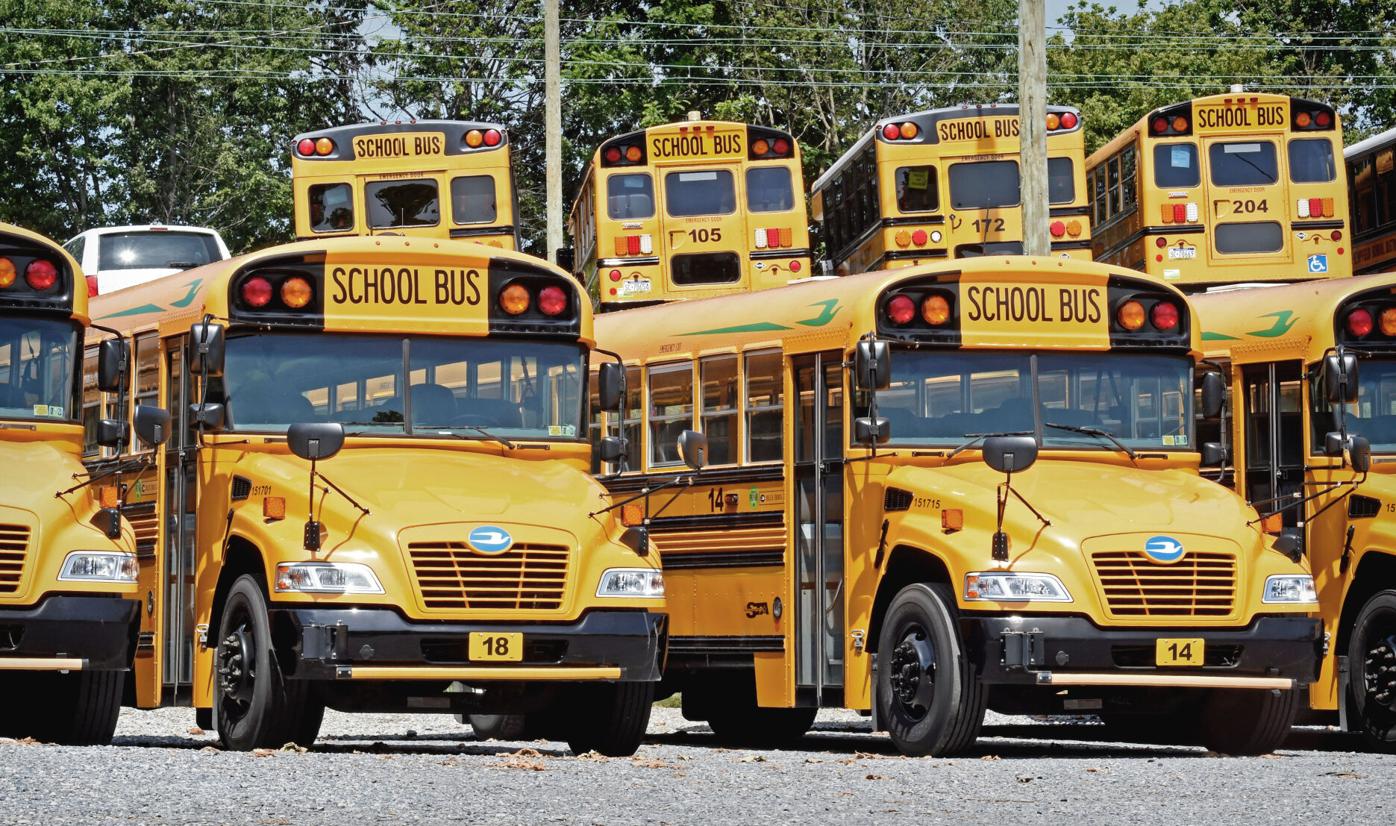 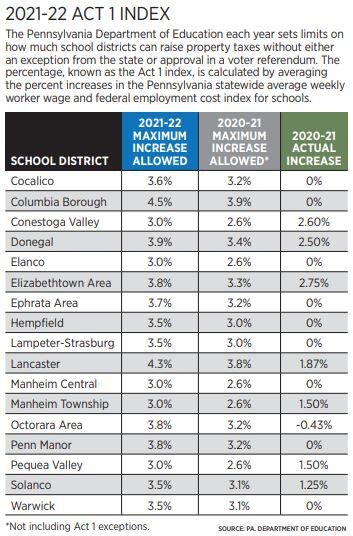 Two Lancaster County school districts plan to seek exceptions that would allow them to exceed the maximum property tax increase permitted for the 2021-22 school year.

The Pennsylvania Department of Education each year sets limits on how much school districts can raise property taxes without either an exemption from the state or approval in a voter referendum. The percentage, known as the Act 1 index, is calculated by averaging the percent increases in the Pennsylvania statewide average weekly worker wage and federal employment cost index for schools.

Columbia Borough has the most flexibility, with a 4.5% maximum increase, while Conestoga Valley, Eastern Lancaster County, Manheim Central, Manheim Township and Pequea Valley have the lowest allowable increase at 3.0%.

Most districts contacted by LNP | LancasterOnline earlier this week said they are considering not exceeding their index cap for next school year, with the exception of Conestoga Valley and Hempfield.

“This year has been so different because of COVID-19 and we don’t know what will happen next,” said Sherri Stull, Cocalico School District’s business manager. “Our expenses are different than what they've been for years but the board decided to stay at or below the index for next year.”

Districts seeking to raise taxes above their assigned index must either seek exceptions to their limit from the state Department of Education, or have the increase approved by the voters in a special referendum.

Exceptions for tax increases are granted to cover construction debt, special education costs and retirement contributions, and districts can raise taxes as much as necessary to cover the increases that qualified them for the exceptions.

“As a result of special circumstances covered by an Act 1 referendum exception, a tax rate increase of 0.46% above the index might be required to balance the school district budget for the next fiscal year,” said a notice published at Conestoga Valley school board’s webpage.

The district’s preliminary budget calls for $71.29 million in revenue with $77.22 million in expenses.

Phyllis Heverly, the district’s chief finance and operations manager, told the school board on Jan. 11 that the preliminary budget’s deficit was mainly due to a decrease in property values and amusement tax revenues that are projected to remain low. In addition, the pandemic has increased district costs, including more money for health care, retirements and cybercharter tuition.

The district intends to seek an exception from the state Department of Education so it can increase its real estate tax as reflected in its preliminary budget, according to the notice.

Hempfield’s school board approved a preliminary budget on Jan. 12 that will be advertised for public review before it is adopted in February. The projected spending plan of over $131 million contains a $2.6 million deficit.

The district plans to request an exception to its 3.5% maximum property tax increase under the Act 1 index for the 2021-22 school year for special education, according to Shannon Zimmerman, director of communications.

“We will continue to work on the 2021-22 budget throughout the remainder of the school year to find ways to reduce expenditures before the final budget is brought to the board for approval in May/June,” she said.

Districts have until late February to submit a preliminary budget to the Department of Education. The department has until the end of March to approve or deny the request to raise property taxes above the Act 1 index pursuant to an exception. If approved, the deadline to pass a final budget is June 30.

After months of virtual instruction, School District of Lancaster students will return to th…

As lawmakers in Washington, D.C., debated whether to impeach President Donald Trump followin…

Cornwall-Lebanon school board looks to hire for new cyberschool positions