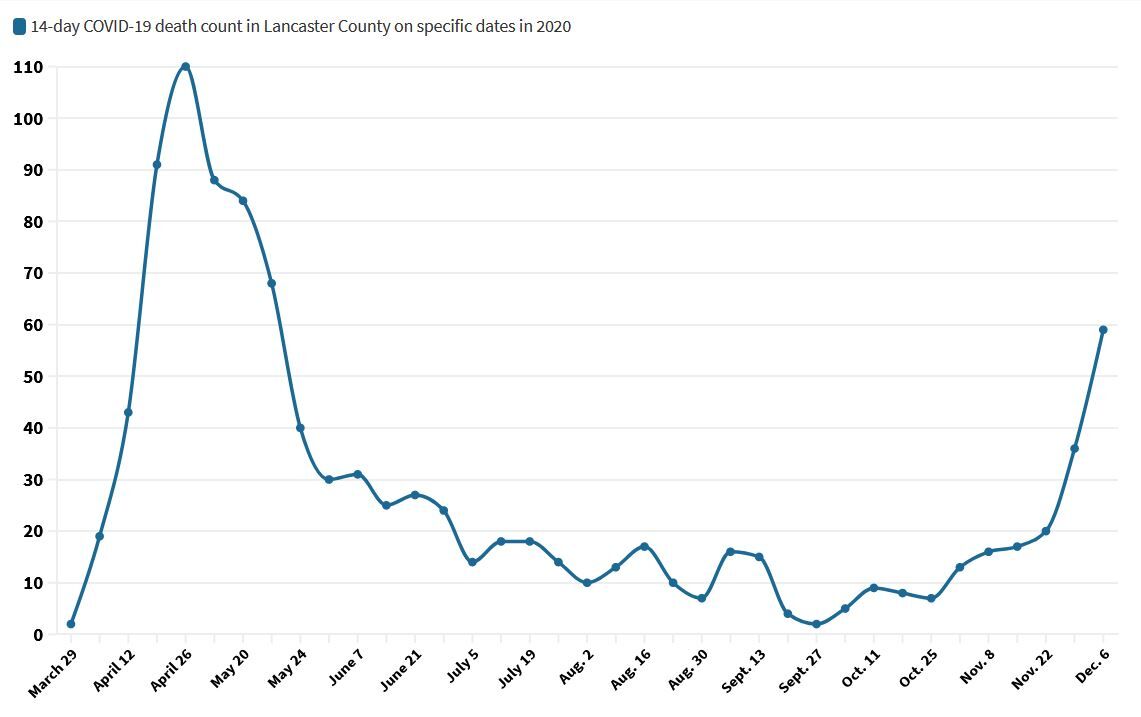 This chart shows the 14-day count of COVID-19 deaths in Lancaster County as of specific dates in 2020. The numbers are how many people died in the 14 days preceding that date. 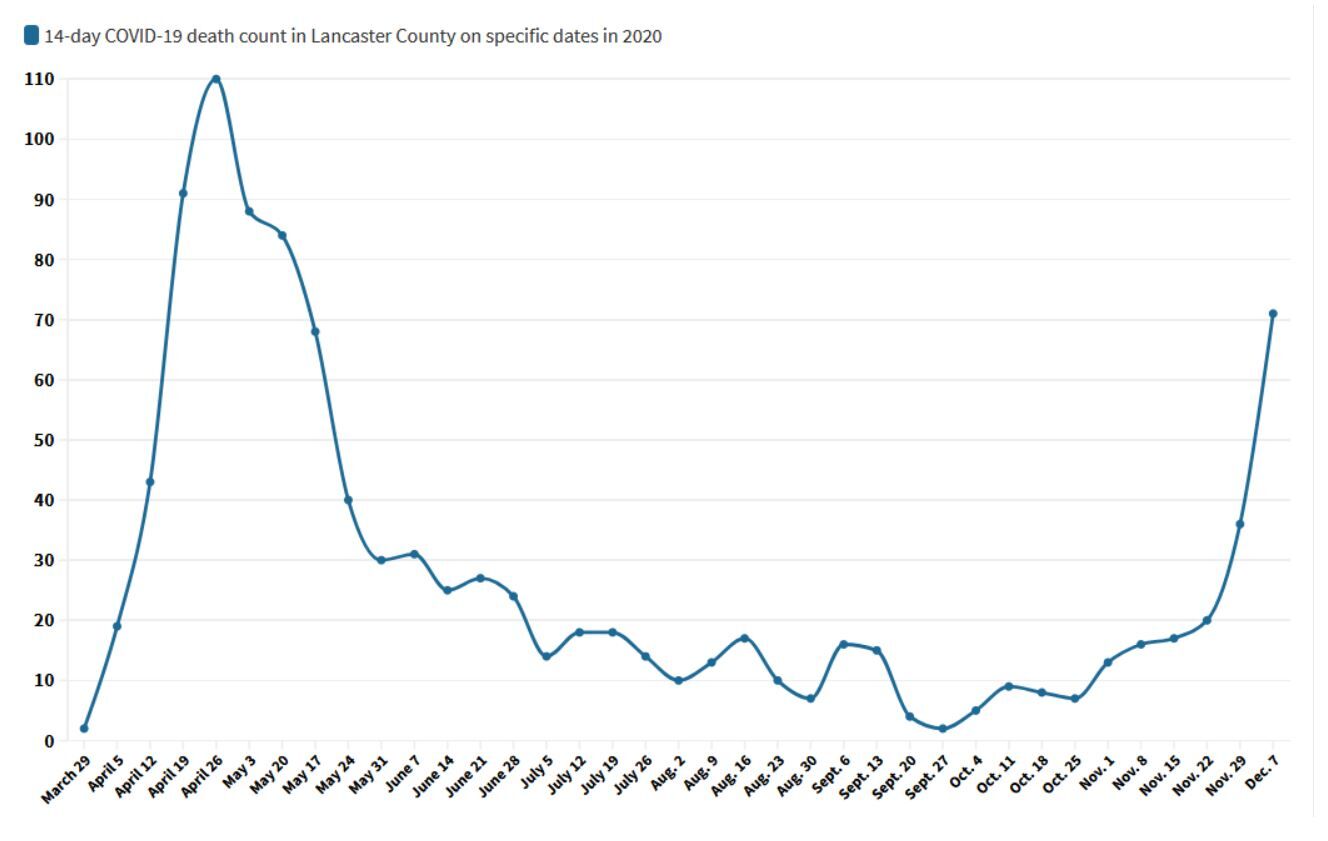 This chart shows the 14-day count of COVID-19 deaths in Lancaster County as of specific dates in 2020. The numbers are how many people died in the 14 days preceding that date.

Editor's note: This story has been updated to reflect 15 additional deaths that occurred in recent days and were reported on Monday.

That is the sad chronology of COVID-19, as the pandemic’s fall surge plays out in an increasingly deadly way in Lancaster County.

Below are three charts that show the long-term trends for cases, hospitalizations and deaths here.

The first chart, compiled by LNP | LancasterOnline, shows how the current surge of new cases began in late September, gained steam through October, exploded in November and is continuing in early December.

The chart tracks the per capita rates of new coronavirus infections for Lancaster County and Pennsylvania as a whole.

It shows the number of new cases per 100,000 population over the past 14 days. Rates are currently five to six times higher than at their peak in the spring.

The second chart, from the state Department of Health's website, shows how hospitalization rates began climbing shortly after the increase in cases began spiking.

This final chart, compiled by LNP | LancasterOnline, analyzes COVID-19 death data from the county’s coroner, Dr. Stephen Diamantoni. It shows how the pace of deaths remains below April’s peak level but is now quickly climbing in that direction.

It measures the 14-day tally of COVID-19 deaths as of specific dates from March into early December.

In the month of April, the county had 183 COVID-19 deaths, and the 14-day rate was as high as 110 before trailing off through the late spring and summer and then rising again in recent weeks.

The county’s monthly COVID-19 death tally climbed from 13 in September to 21 in October and to 62 in November, according to Diamantoni.

There were 42 deaths in the first seven days of December, or an average of six per day. If that pace continued, we would have 186 in December, or more than we had in April.

Diamantoni said last week that he expected the local death rate to continue to climb, but not reach the peak level of the spring.

The COVID-19 death toll at a Denver Borough nursing home that recently saw nearly all of its residents infected with the virus has reached 30.

While concentrated most heavily at a single nursing home in Denver Borough, the latest coronavirus deaths in Lancaster County have touched 20 …

Lancaster County continues its upward trend in positive COVID-19 cases with a few hundred new cases being reported daily, according to the Pen…