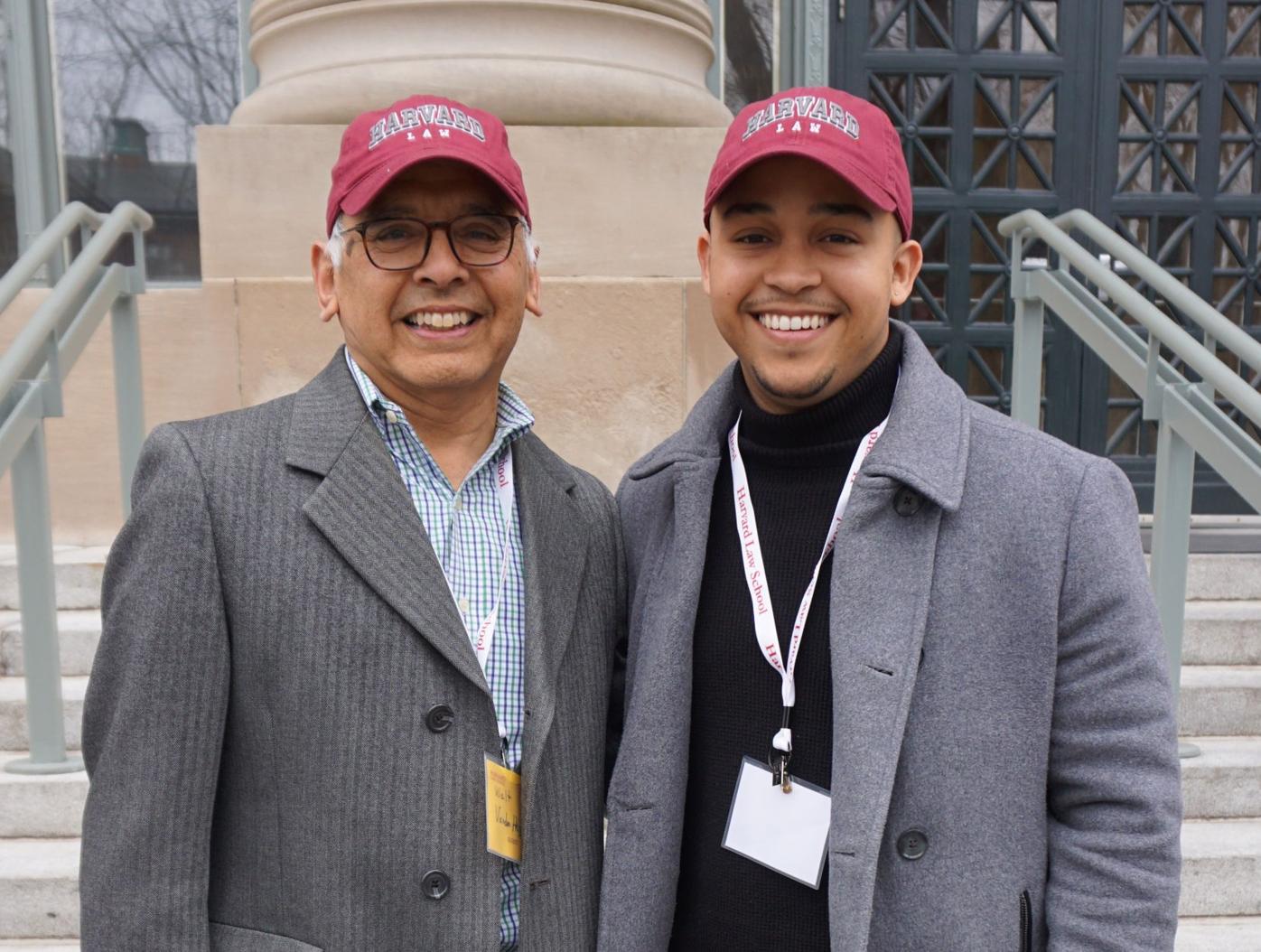 Carlos Adolfo Gonzalez Sierra stands on the campus of Harvard University with his mentor from Hempfield High School, Walt VanderHeijden. 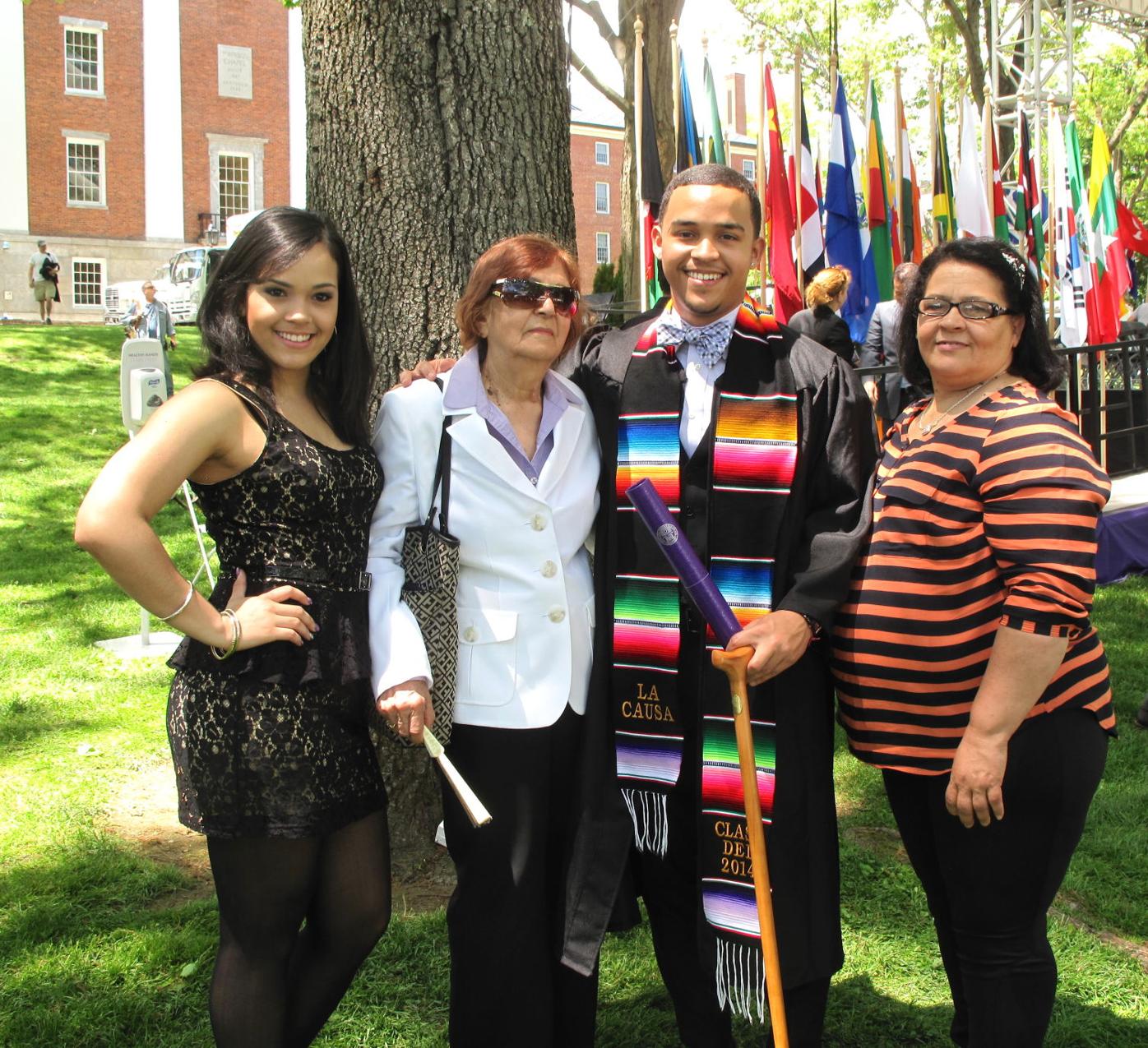 It was the night after his first day of school in the United States. His family had recently emigrated from the Dominican Republic after Gonzalez Sierra’s father died.

The path ahead for an 11-year-old child who didn’t speak English and whose family struggled financially overwhelmed him. He cried just thinking about it.

Now, 18 years later, Gonzalez Sierra is studying at Harvard to make a difference in the lives of immigrants like him. And today, he was named one of 30 recipients of a fellowship of up to $90,000 from The Paul & Daisy Soros Fellowships for New Americans, a national merit-based graduate school program for immigrants and children of immigrants.

The money will help with living expenses and reduce debt incurred from working toward a master’s degree in public policy and a juris doctorate at the Ivy League school.

Gonzalez Sierra, a 2009 Hempfield High School graduate, credits his success largely to his mother and others who have helped him overcome the challenges he faced as an immigrant thrust into a new life in a foreign country.

“I am very thankful to my mother,” he said. “I have had all of these opportunities partly because she’s been so supportive of me.”

“To have watched him overcome one obstacle after another obstacle and never really give up, and then reach the levels of success he’s reached, is phenomenal,” said VanderHeijden, who’s now retired.

After graduating high school, Gonzalez Sierra studied two years at HACC’s Lancaster campus, where he had to pay higher, out-of-state tuition rates because of his immigration status.

He then went on to Amherst College in Massachusetts, where he graduated with degrees in political science and interdisciplinary studies.

In 2012, he became a became a beneficiary of the Deferred Action for Childhood Arrivals program, which allows young immigrants living in the country illegally who were brought here as children to remain in the U.S. And in the years following, he received scholarships to study abroad at prestigious institutions such as University of Cambridge in the United Kingdom.

Studying overseas, though, came at a risk. Gonzalez Sierra said he worried about his mother while overseas. He even felt guilty at times leaving her. Being granted reentry into the country, he said, was never guaranteed.

Professionally, Gonzalez Sierra has worked with organizations like the Pennsylvania Immigration & Citizenship Coalition, where he managed a statewide program that funded immigration legal services, trained thousands of advocates and registered thousands of new citizens to vote.

After studying at Harvard, Gonzalez Sierra said he hopes to return to Pennsylvania and continue advocating for immigrants in local government.

“I think public service, broadly, is something I’ve been very passionate about, because this country has given me so much,” he said.

Editor's note: This story will be updated throughout the day. Be sure to check back in for the latest information.

Shout Out Lancaster: Mary Lawhead and volunteers are cooking meals for families of hospice patients

With the spread of COVID-19, there are people in the Lancaster community who are reaching out to help one another. Meet Mary Lawhead. Lawhead …

Blessings of Hope running low on food due to COVID-19 outbreak, high demand

Since the beginning of April, Blessings of Hope, a food bank distribution center in Leola, has supplied food banks and organizations from Penn…

Lancaster County colleges to get $23.5M in coronavirus relief, $11.7M for students

'It's about being together': Superintendents discuss prom, graduation and path forward amid coronavirus pandemic

The coronavirus pandemic is sure to drastically change the education landscape in Pennsylvania. But, first, school officials must continue to navigate what has been a school year full of unforeseen obstacles and unprecedented challenges.

This story was produced as part of a joint effort among Spotlight PA, LNP Media Group, PennLive, PA Post, and WITF to cover how Pennsylvania s…

Studying abroad in Germany during the coronavirus pandemic, she was advised to return home. She stayed anyway.

During a time when staying home is considered essential, Greta Huber is halfway across the world.

Hundreds of employees at Millersville University and its 13 sister schools in the Pennsylvania State System of Higher Education are out of work – and pay – due to the coronavirus pandemic, according to university officials.

The U.S. Supreme Court’s ruling against President Trump’s argument to end protections for young undocumented immigrants under the Deferred Act…