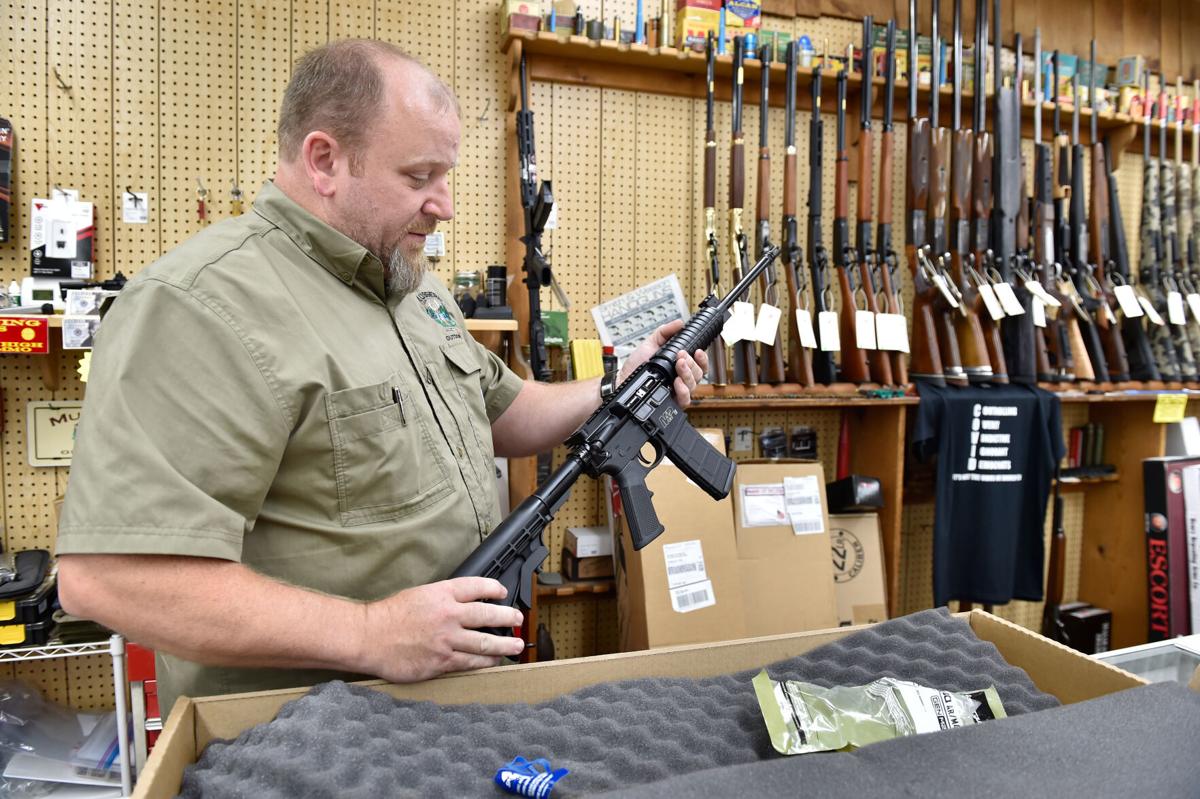 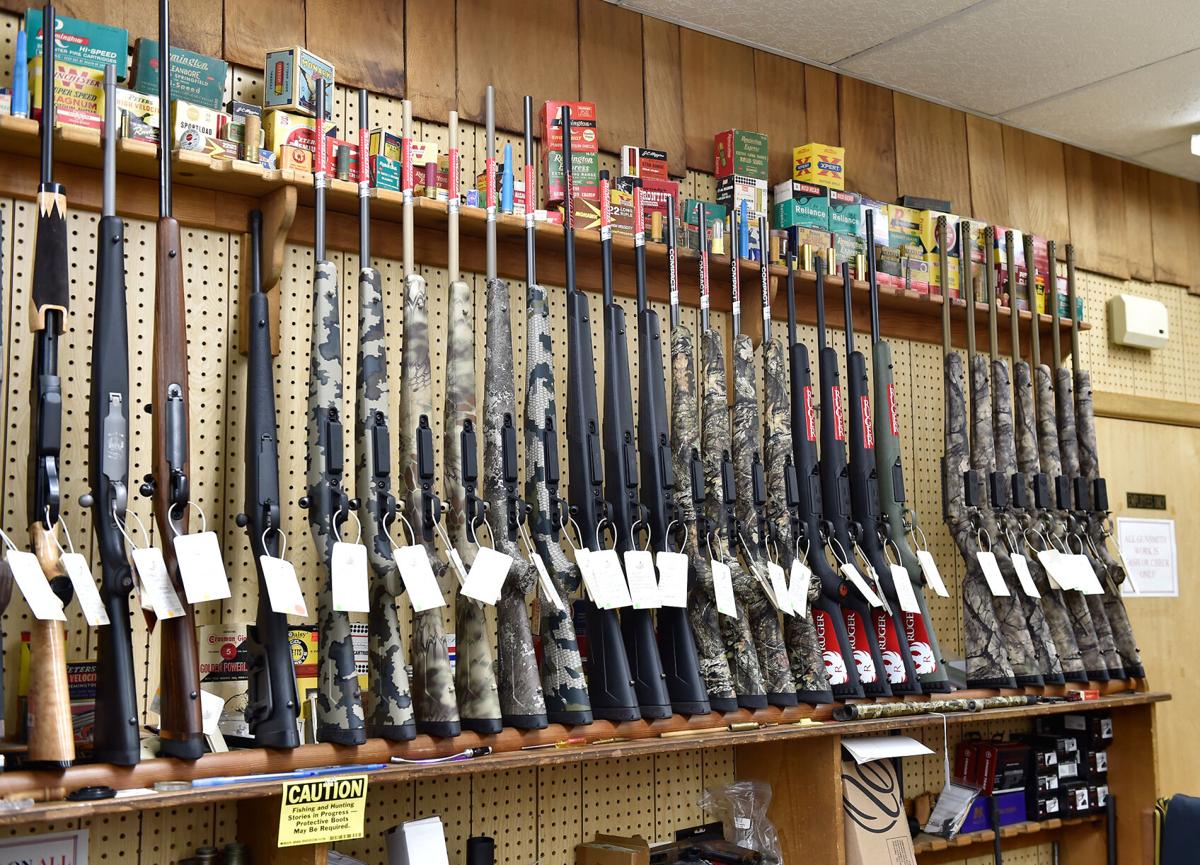 Rifles on display at Mussers Outdoors on Thursday, Sept. 24, 2020, in Ephrata Township. 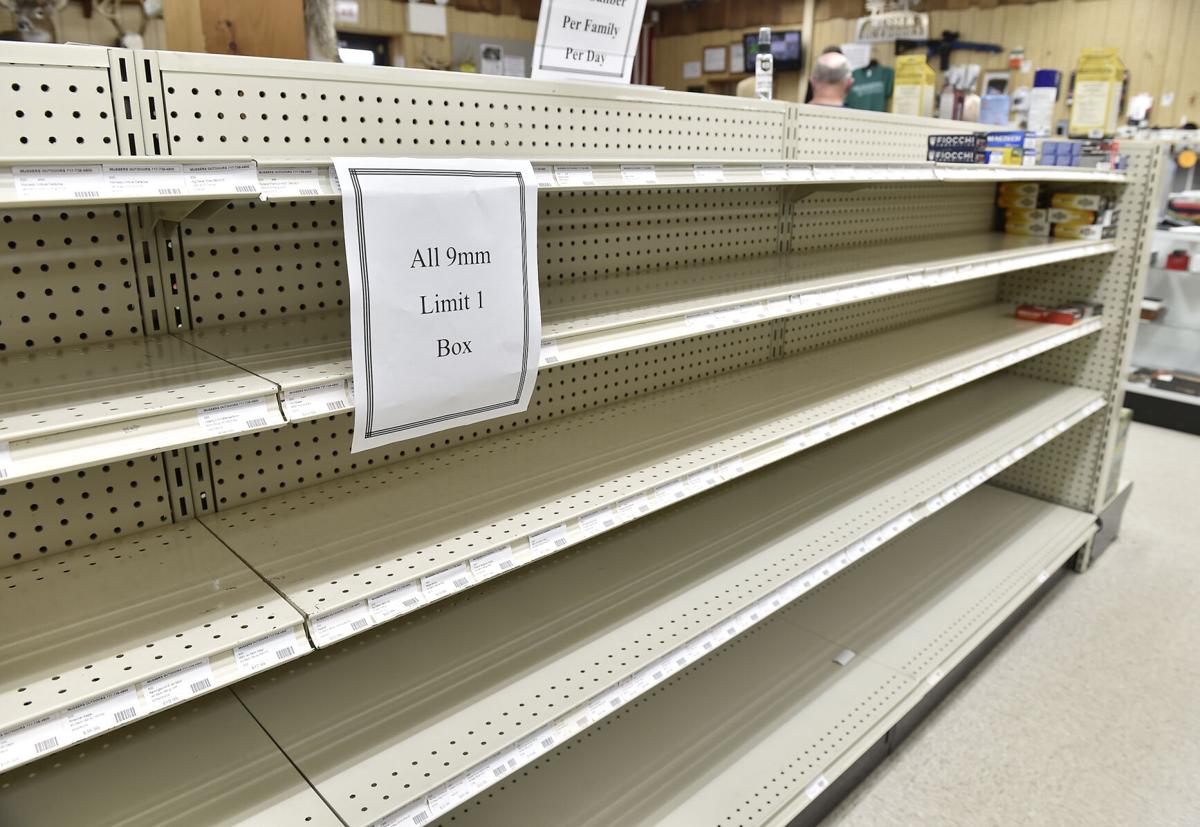 The shelf where 9mm bullets are displayed is bare at Mussers Outdoors in Ephrata Township on Thursday, Sept. 24, 2020.

By late September, Jamie Musser expected his focus would be on hunting, selling items like deer rifles and ammunition to customers looking forward to the upcoming season.

Instead, he’s placing per-customer limits on boxes of bullets and struggling to keep popular firearms in stock at his Ephrata Township-based shop, Mussers Outdoors.

“We are very, very busy,” Musser said, explaining it’s been that way since at least April, the early days of the COVID-19 pandemic. “For the first few months, it was very rough.”

At that time, Lancaster County firearms dealers reported that fears and uncertainty about the virus were driving abnormally high sales — especially when now-replenished grocery store shelves were left bare.

But months later, business hasn’t slowed, according to Nathan Lamb, owner of Lanco Tactical in Elizabethtown. In fact, gun sales might have further increased, this time fueled by months of civil unrest and protests that followed several high-profile fatal police shootings both locally and across the country. They are protests that have sometimes ended in vandalism and property damage, including in Lancaster city.

“Honestly, people are coming in and looking for anything they can find to defend their homes and their families,” Lamb said Thursday. “We are running out of everything.”

Background checks are up

Pennsylvania State Police spokesman Ryan Tarkowski on Thursday shared figures from the Pennsylvania Instant Check System, which is used by firearms retailers to submit for background checks on gun-buying customers.

Gun buyers in Pennsylvania must submit for checks anytime they purchase a handgun, and certified dealers also run checks when long guns — rifles and shotguns — are sold, Tarkowski said. Checks are not required if those long guns are resold by individual owners.

“Please note that the totals represent the number of PICS checks completed, not the number of firearms sold,” Tarkowski said. “If you go to the gun shop and purchase three handguns, they’ll run one PICS check for the entire transaction.”

Those statewide totals likely point to an ongoing trend in increased gun buying, he said.

“I think it is safe to say that the ongoing pandemic, protests and civil unrest and upcoming presidential election may all be factors,” Tarkowski said.

Shortage in guns, ammo to persist

Musser guessed the same, revealing that firearms associated with home defense — handguns and shotguns — and related ammunition have been among the top selling items at his shop. Semi-automatic rifles have been popular, too, Lamb said.

Some ammunition types have become so popular that Musser has placed a limit on the amount that can be purchased by a single customer, he said.

And the shop’s used-gun inventory has dwindled drastically, Musser said.

“Nobody wants to sell their guns right now,” he said. “People just aren’t sure what is going to happen.”

Often, Musser said, his customers have been unable to find the exact firearms they were looking for, and still, that didn’t prevent sales.

“People were just buying whatever they could find,” Musser said.

Among this year’s gun buyers there are many first-time owners, according to Joe Keffer, who spoke about sales at his business, the Sportsman’s Shop in East Earl. There, first-time buyers also can enroll in firearms safety courses, which have been in increased demand, too, he said. Tarkowski said state police also encouraged gun safety.

Like the others, Keffer pointed to the ongoing protests and related fears as a driver for sales in a year that was already busy due to the coronavirus.

Though he too has had to implement some ammunition buying limits, Keffer credited his staff with keeping most popular firearms models in-stock. But he said inventory is lower than normal.

“I’m not pretending our cases are full. They are not,” he said. “I believe that it will extend well beyond the election.”

Musser said he also suspects shortages in guns and ammunition to persist. That includes hunting calibers, he said, pointing to supply chain disruptions.

And Lamb pointed out that the holiday gift-buying season — one of the firearms industry’s most lucrative seasons — is just about to begin.

“I don’t foresee this slowing down through at least the beginning of next year,” Lamb said.

Editor's Note: This story has been updated to reflect more information provided by police.