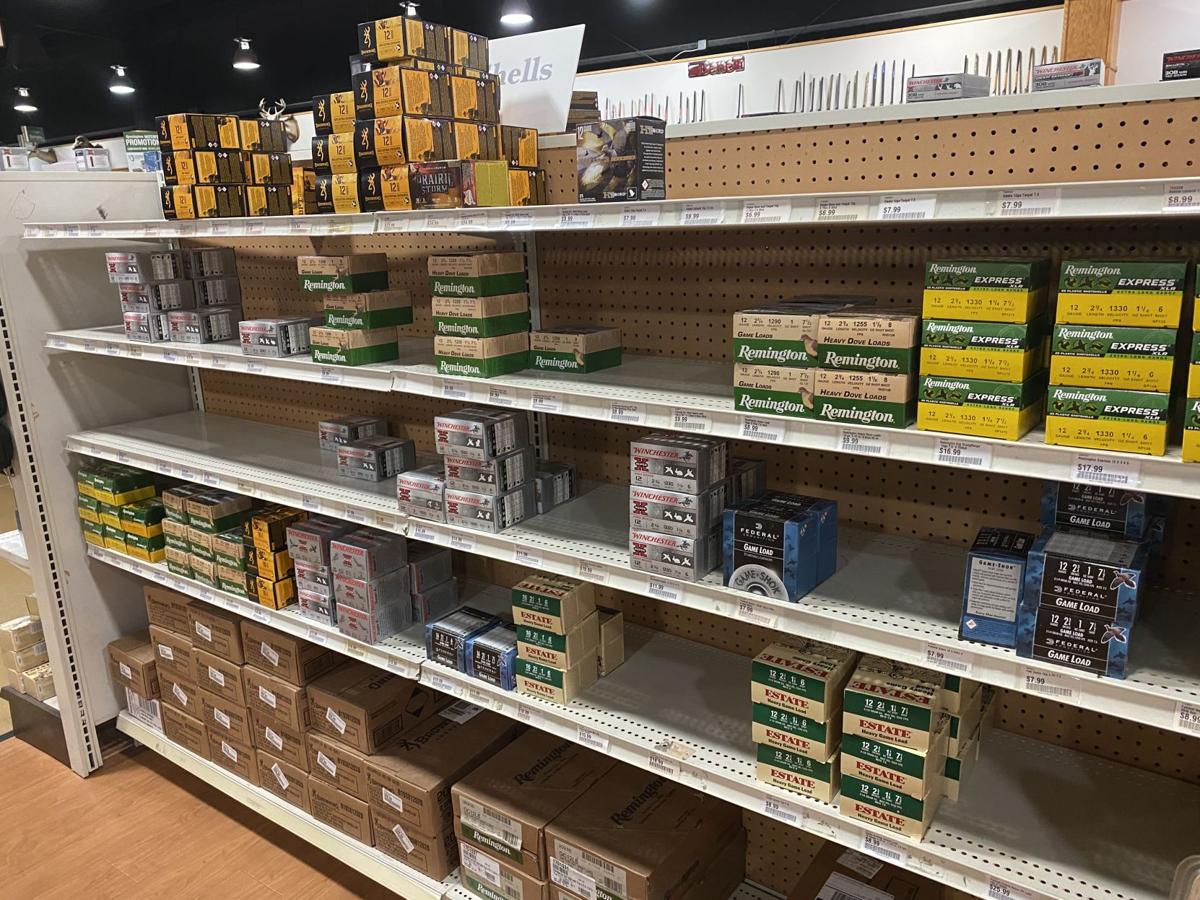 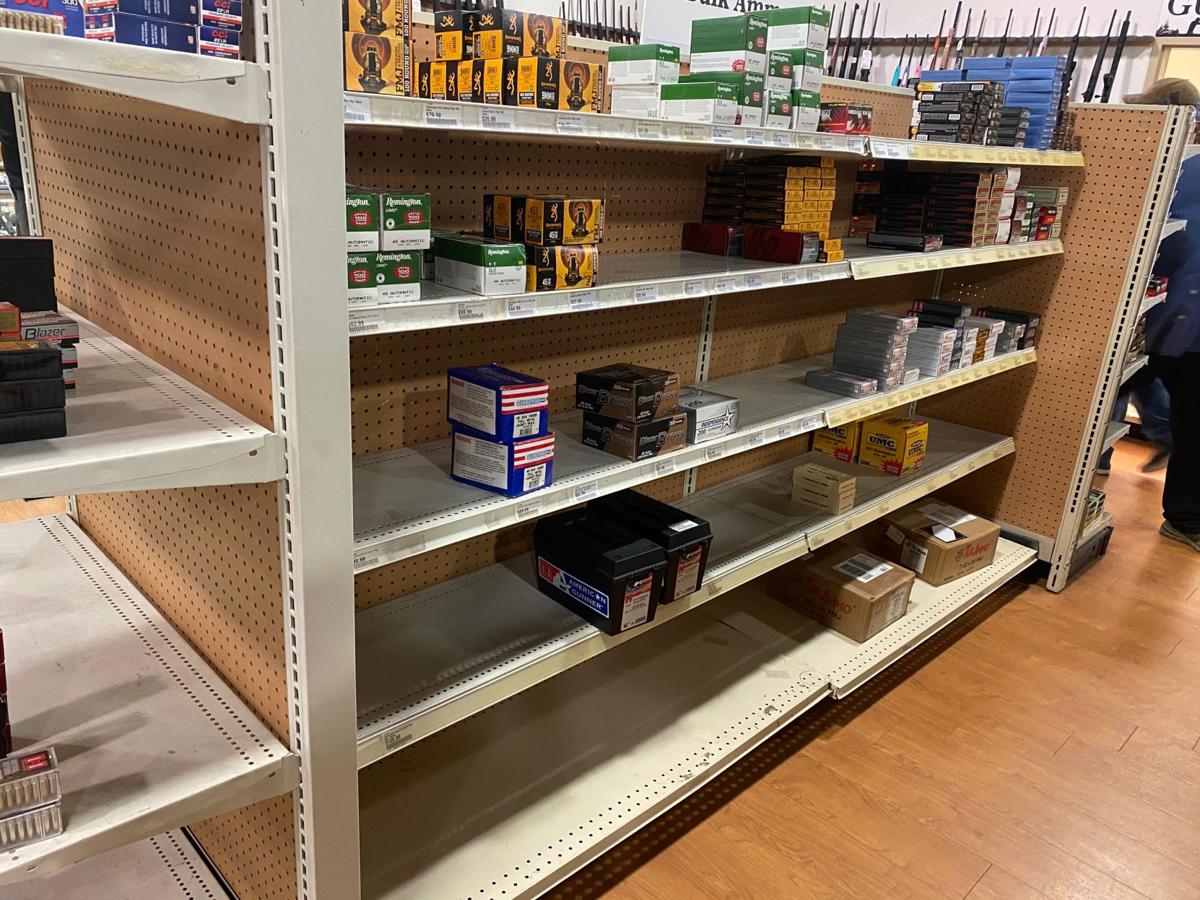 Minutes after 2 p.m., Rob Keyser dangled a white plastic shopping bag from his wrist as he walked out of Kinsey’s Outdoors.

It was filled with ammunition — a purchase Keyser admitted he made after reading the news about the spread of COVID-19, commonly called coronavirus.

He was not alone, according to Julie Bernard, the store’s marketing coordinator. Bernard said sales of both ammunition and firearms have increased since the virus made its way to the United States, even more so this past weekend after it spread to central Pennsylvania.

COVID-19 in Pennsylvania: How to find information, resources, when to call the doctor and more

“I would say that’s when it started,” she said, explaining that ammunition sales were especially high.

And that was especially true for bullets of certain calibers, she said.

“I wouldn’t say running out, but I would say we are running low,” Bernard said, adding that handguns were best-selling among firearms.

About lunchtime, it was business as usual at Kinsey’s, though some shelves were bare. Keyser said one type of ammunition he was looking for was sold out.

Nathan Lamb, owner of Lanco Tactical in Elizabethtown said he was running out of items with components produced in China, where the virus was first discovered. Call takers at Dauphin County’s Bass Pro Shop and Berks County’s Cabela’s also said that some types of bullets were running low.

The same was true inside The Sportsman’s Shop in East Earl, where owner Joe Keffer talked about the efforts his employees were taking to combat contagion. They were told to frequently wash their hands, the store was being cleaned regularly and bottles of hand sanitizer were strategically placed.

Gun and ammunition sales were up there, as well, Keffer said.

“If we had toilet paper, people would be buying all of that, too,” he said, dismissing the panic, which also has depleted stock at grocery stores.

Keffer said he has seen similar runs of firearms and ammunition, usually during election time or when new gun laws are proposed or talked about. Though certain ammunition had been bought up, Keffer said he would soon be able to restock.

All the time, he was aware that his store could be forced to close by government mandate in an attempt to stop the virus’ spread.

A few minutes later, state Gov. Tom Wolf announced that all nonessential businesses would be forced to close.

Keffer said he spoke with gun dealers in urban neighborhoods, where they were seeing a much higher demand on their guns and ammunition, but to many of his customers it’s all hype.

“This area is not as reactionary,” Keffer said. “We are more conservative and not panic-driven.”

Restaurants, bars in Lancaster area offering delivery or pickup options amid state shutdown due to COVID-19

Here's how readers say coronavirus is impacting their daily lives

CDC to shorten COVID-19 quarantine to 10 days, 7 with test

Editor's note: This story will be updated throughout the day. Check back frequently for more updates.

Gas prices nationwide are dropping because of the coronavirus and its impact on the oil industry, and the same rings true in Pennsylvania.

Tending to a line on his fly rod, Shawn Coe crouched Friday morning on a stone-and-mud island surrounded by the shallow waters of Octoraro Cre…

Gov. Tom Wolf has granted an extension to license to carry firearms permits due to the COVID-19 outbreak, according to Pennsylvania State Police.

It’s likely that more guns are being sold in Pennsylvania during the COVID-19 pandemic, and it’s certain that more consumers are submitting to…

Firearms-related background checks surged 45% during April, May and June of this year compared with the same three months last year.