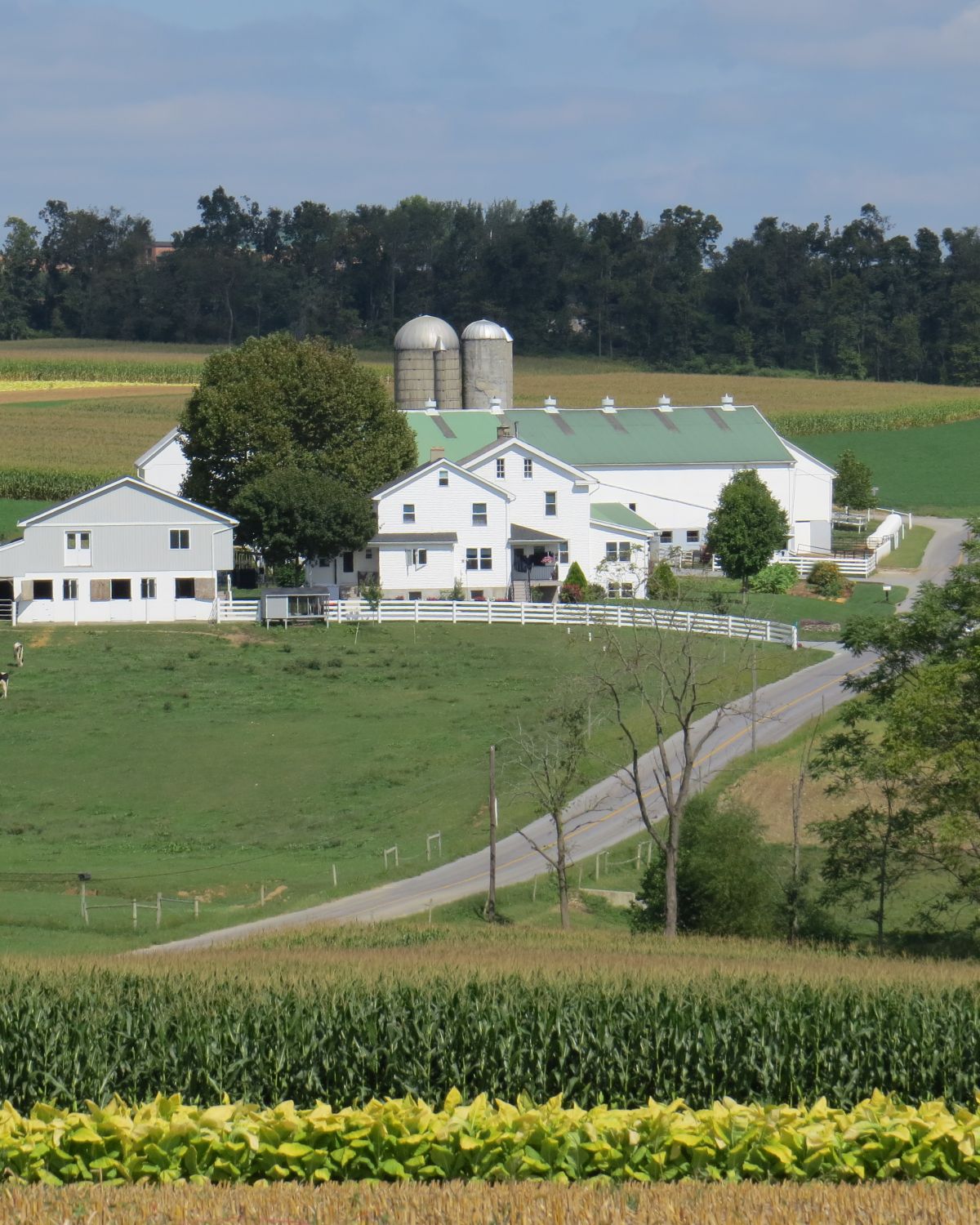 An Amish farm in Colerain Township, part of the Octoraro Watershed. 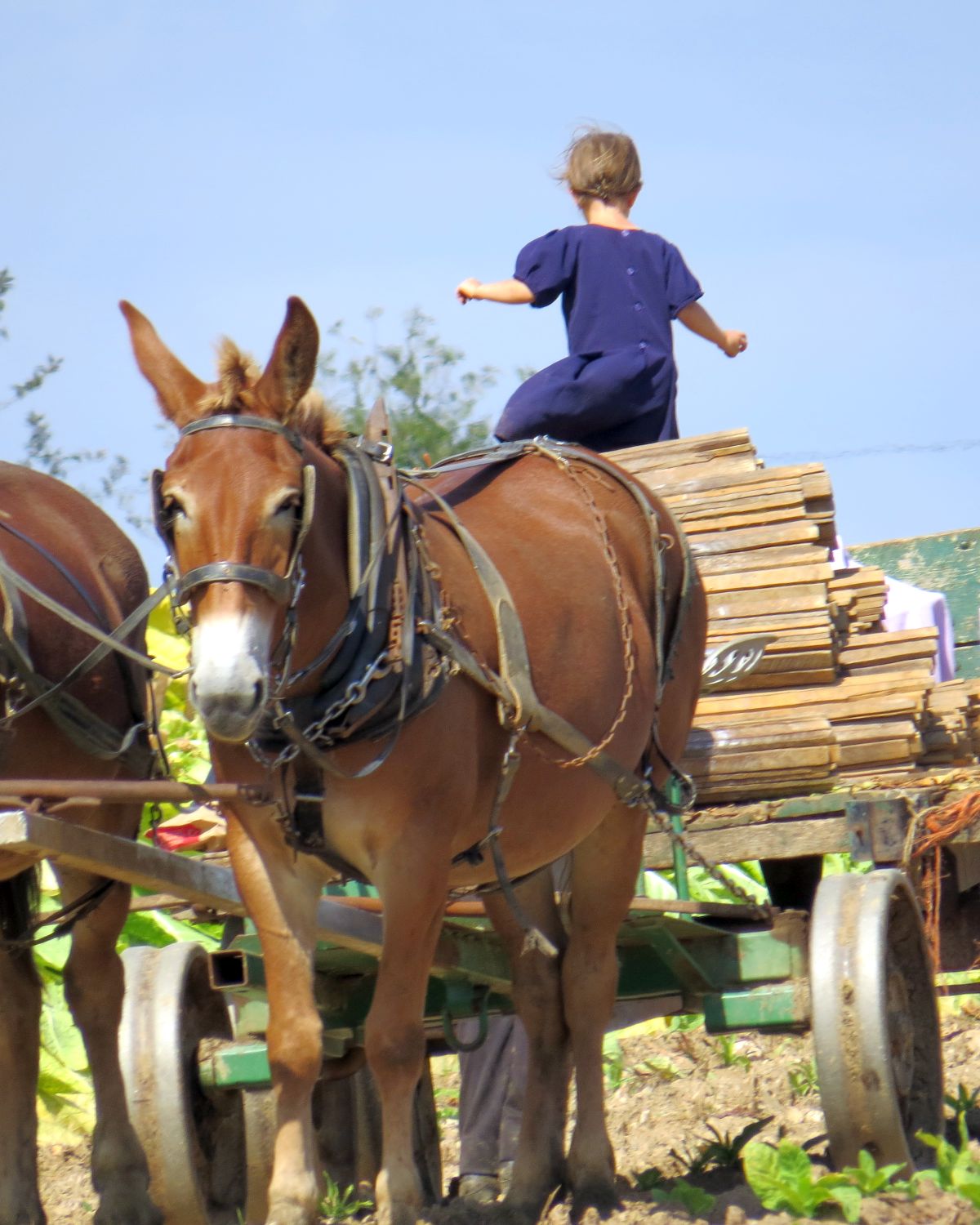 An Amish girl on a wagon as her family picks tobacco in Colerain Township in the Octoraro Watershed of Lancaster County. 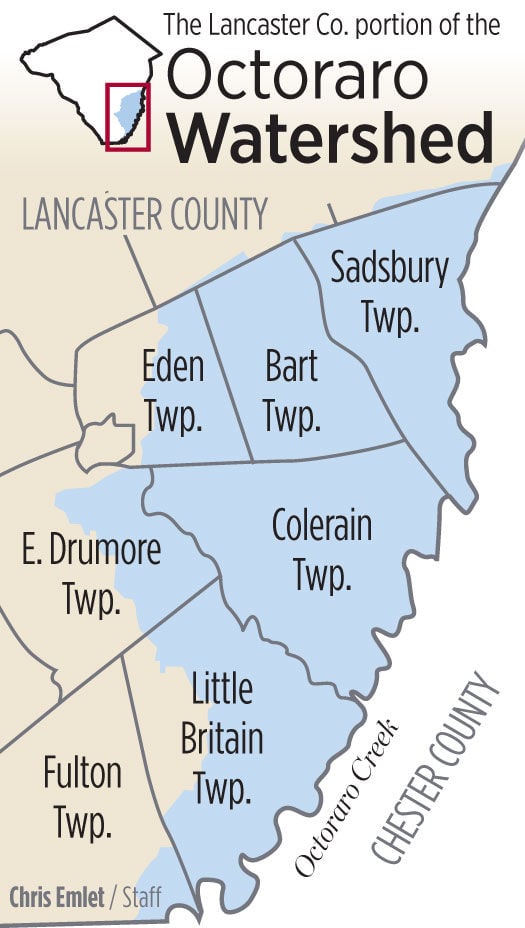 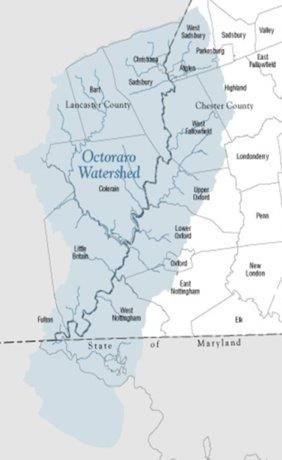 This map shows the Octoraro Watershed in Lancaster and Chester counties, as well as in Harford County, Maryland.

An Amish farm in Colerain Township, part of the Octoraro Watershed.

An Amish girl on a wagon as her family picks tobacco in Colerain Township in the Octoraro Watershed of Lancaster County.

This map shows the Octoraro Watershed in Lancaster and Chester counties, as well as in Harford County, Maryland.

Pat Fasano has measured it off. If he gets within 8.4 feet of the Amish farmers he’s trying to talk into on-the-farm conservation improvements, they start talking in Pennsylvania Dutch so he can’t understand them.

Fasano, as project manager of the grassroots Octoraro Watershed Association, has been driving down farm lanes of Plain Sect farmers for 16 years, trying to convince them to do the right thing for clean water.

He knows that Amish farmers in the Octoraro Watershed are among the most conservative in all of southeastern Pennsylvania.

He knows not to stop by during harvest time.

He knows not to blab what one farmer is doing to his neighbor, violating a core principle of privacy.

He knows not to use the gambit that putting in a manure-storage pit will help clean the Chesapeake Bay. Few of the Amish in the watershed have ever set eyes on the estuary downstream of their farms.

He knows that even if he offers to entirely pay for a project, he’ll likely get a rejection if those funds involve state or federal dollars.

“Amish farmers don’t like change,” he says simply. “We estimate it takes three times as much time to get the same message across than to an English farmer, just because of the culture.”

Then how is it that Fasano and the 47-year-old OWA have made amazing inroads in getting the attention of Plain Sect farmers in the 208-square-mile watershed that encompasses parts of Lancaster and Chester counties, as well as a small portion of Harford County, Maryland?

Simple, really. Since 2001, Fasano’s drop-ins include one or two fellow Amish farmers. Amish liaisons, they are called.

And David Fisher, one of them, believes in arm-twisting his own to improve their farms, both for enhanced productivity and to send cleaner water flowing downstream.

They are encouraging farmers to plant a buffer of trees along streams, channel stormwater away from barnyards, rotate crops and take other steps to reduce the amount of soil and fertilizer running into waterways.

“It is to their benefit in more than one way,” says the 68-year-old retired dairy and tobacco farmer who spent most of his life in Vintage, Paradise Township. “It can mean cleaner water for the cows, just benefits to dairy farming in a lot of ways.”

Fisher’s brother, Levi, who lives in the Paradise area, also is a liaison employed by OWA. The first liaison, Henry Beiler, of Leola, was the first Amish farmer in Lancaster County to preserve his farm. He paved the way from 2001 through 2008.

Over the last three years, he and the Fishers have sought out 70 Amish farmers in the watershed who did not have state-approved conservation plans for their farms.

The effort was financed by the private Alcoa Foundation, the private Foundation for Pennsylvania Watersheds, the state Department of Environmental Protection and the federal Natural Resources Conservation Service — the diverse partnerships testimony to OWA’s reputation.

Land use in the Octoraro Watershed is 74 percent agriculture, of which 70 percent is farmed by the Amish.

In addition to their powers of persuasion, the OWA also invoked the specter of a big stick.

Octoraro is a “targeted” watershed by the state Department of Environmental Protection. That means that reducing soil and fertilizer runoff is considered vital in federal-state efforts to clean up the Chesapeake Bay.

On two other watersheds in Lancaster County — Watson Run and Muddy Run — the federal Environmental Protection Agency announced a crackdown and threatened to fine Plain Sect farmers who did not have conservation plans. The Lancaster County Conservation District intervened and got the farmers to obtain the plans.

Fasano was determined not to let a similar wave of fear pass through his beloved Octoraro.

“They’d like to stay as far away from the government as possible. We try to convince them this will be a buffer,” says the 61-year-old Fasano, an Oxford resident.

Supervisors in both Bart and Colerain townships have asked the conservation district to visit all their farmers to make sure they have the requisite conservation plans.

The rapport and work paved by OWA is making that task easier, says Matt Kofroth, the conservation district’s watershed specialist.

“I know those guys are doing good work. It definitely assists us,” he says.

“There are definitely those among us who are interested in a clean Chesapeake Bay,” says Colerain Supervisor Walter Todd, a former OWA board member.

Of OWA’s efforts, he observes, “I don’t know of any other group that has done more with so little.”

Fasano recalls the frustration in the early days when he would drive down lonely farm lanes by himself.

“I'd pull in and get out and have no idea what to do. I would explain the importance of reducing nutrient and sediment loadings in the Octoraro. They kind of looked at me with a blank stare and I’d get back in my car and drive away.

“Then I kept banging my head against the wall until the lightbulb went off that an Amish guy with me who really knows about this would be helpful.”

Now that OWA has steered the 70 Amish farmers out of harm’s way, Fasano wants them to follow through and start putting in place the improvements contained in their conservation plans.

“We know water quality won’t improve until the plan recommendations are in the ground,” Fasano says. “We clarified that when we paid for their plans. We said we don’t want this to be put on a shelf.”

It will be a tough sell, but OWA hopes to soon receive a three-year, $130,000 state Growing Greener grant to do the followup outreach work on the 70 farms, as well as an equal number of neighboring farms.

His goal: that 10 farmers sign agreements to put in conservation measures on their farms as soon as they can afford to do so.

“If you’re not with David, Levi and I, that sounds ridiculously modest,” Fasano says. “If you’re on a farm with us and see the kind of resistance to change — it’s a huge goal.

“Having an Amish farmer sign a government letter would be a huge step, setting a precedent. We would just like to see them do the best that they can and not be financially strapped as a result of it.

“But if they do these things, the guys who do them will see that things get better — better yield, less soil loss, healthier cows, better milk production.

“There’s no argument that there are benefits to the farmer. But it’s sort of an investment. It’s not like you’re going to see immediate results.