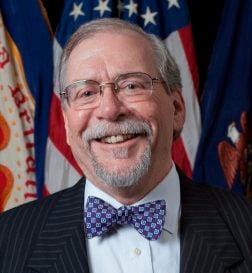 As the Federal Communications Commission weighs whether to allow cable giant Comcast to buy Time Warner, regulators will be looking at the implications of a corporation that could reshape the nation’s telecommunications landscape.

Lancaster Mayor Rick Gray, however, is looking closer to home.

Gray last week joined 51 other mayors in writing to the Federal Communications Commission in support of the $45 billion deal.

His signature on the letter is based on what he knows of Comcast, he said by telephone Tuesday.

“It’s a Pennsylvania company, but it has also been a good community partner,” Gray said of Comcast.

The cable giant started a local Spanish language television station for Lancaster’s Spanish American Civic Association. It provided a $75,000 grant to open Tec Centro, SACA’s vocational training center. And, it has been a supporter of the city’s Boys Club/Girls Club.

And, Comcast has worked with the School District of Lancaster on a program meant to help address the digital divide.

Comcast’s Internet Essentials program provides Internet services to homes where students qualify for the free or reduced lunch program. The $10 monthly cost helps families connect to the Internet who otherwise would not be able to afford to do so, Gray said.

“I know my signature would not affect it one way or the other,” the mayor said of FCC approval, “but I felt we should acknowledge their support on the local level.”

Yet, his position is not universally shared.

City resident Daniel Klotz saw the mayors’ letter and on Sunday began an online petition in opposition to it.

The petition, on Change.org, calls on Lancaster City Council members to pass a resolution opposing the cable deal.

A council resolution would not be among the more than 65,000 comments submitted to the FCC regarding the proposed merger. The public comment period closed at midnight Monday.

Klotz, director of digital marketing of YDOP, a Lancaster-based Internet marketing agency, said he doesn’t believe a City Council resolution would make a difference in the FCC process. Nor does he believe the letter from the mayors will make any impact.

“I think it’s really about our community and how we view Internet access, and the infrastructure that is necessary for innovation,” Klotz said of taking the position.

He believes Gray is out of step with the views of younger, more tech savvy city residents.

Online comments by petition signers back him up. Several noted Comcast’s unpopularity and maintained it was government’s job to protect people against massive corporations.

Nationally, critics of the deal contend the merger would make a company that is too big. A merged Comcast-Time Warner would control 35 percent of the nation’s broadband Internet service coverage and 16 of the country’s top 20 cable markets, the Associated Press reported.

He said Gray and other city officials should work toward establishing a municipal Internet service.

Other cities, such as Chattanooga, Tenn., provide high-speed Internet in the same way that Lancaster provides water and sewer service or contracts for a single residential trash hauler.

That would be against Comcast’s interests, but would foster innovation, Klotz believes.

“I think we should be looking further ahead and saying what better can we be doing for our residents and our businesses,” he said.

City Council President John Graupera said the earliest a council member could bring a forward a resolution is at council’s Sept. 2 committee meeting.

“It has to go through the proper steps, just like any other resolution,” Graupera said.

Asked how he felt personally about the merger, Graupera said: “I’m not a big fan of mergers and making corporations even bigger,” but he added that he has a lot to learn about the ramifications of the deal before taking a position.

The FCC is not expected to rule on the deal until early next year.