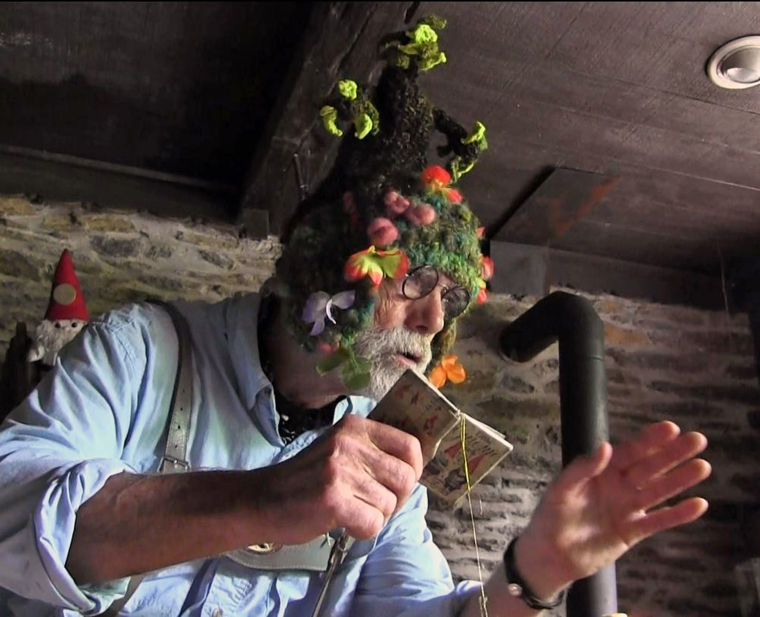 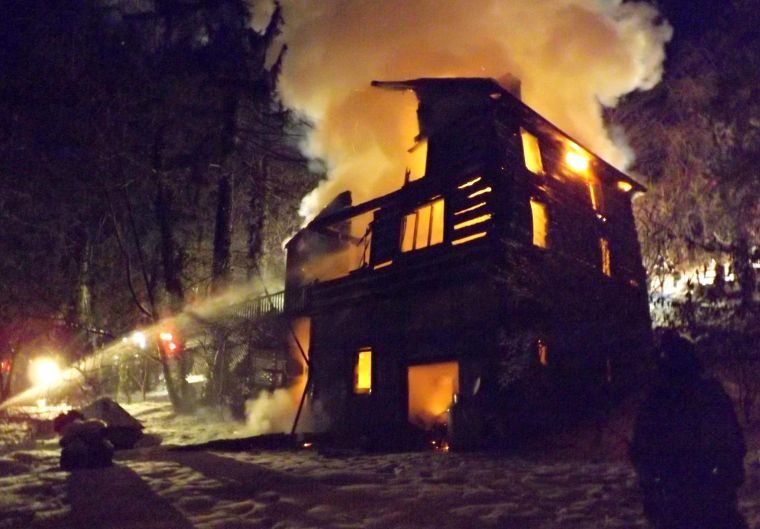 This was the scene Feb. 11, as flames tear through the 220-year-old home that stood at Gnome Countryside in Colerain Township. 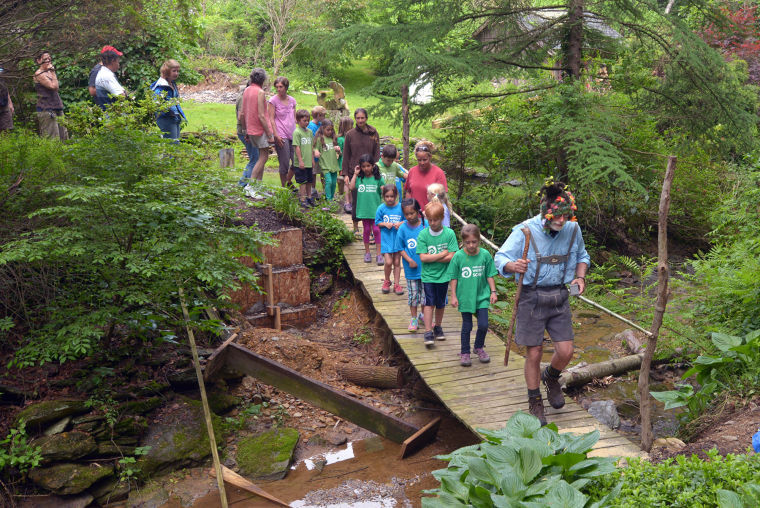 Richard Humphreys leads a group of Susquehanna Waldorf School students over a wooden bridge into the woods to his Gnome Trail. 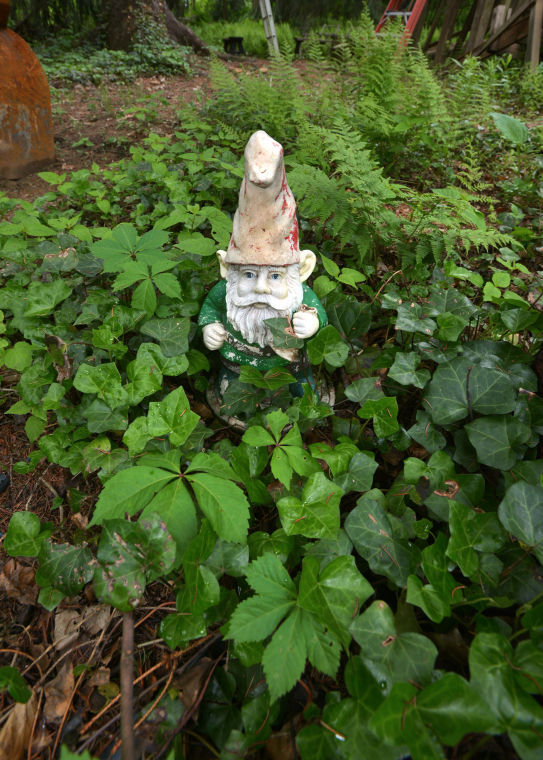 A gnome stands alongside the trail in the woods at Gnome Countryside. 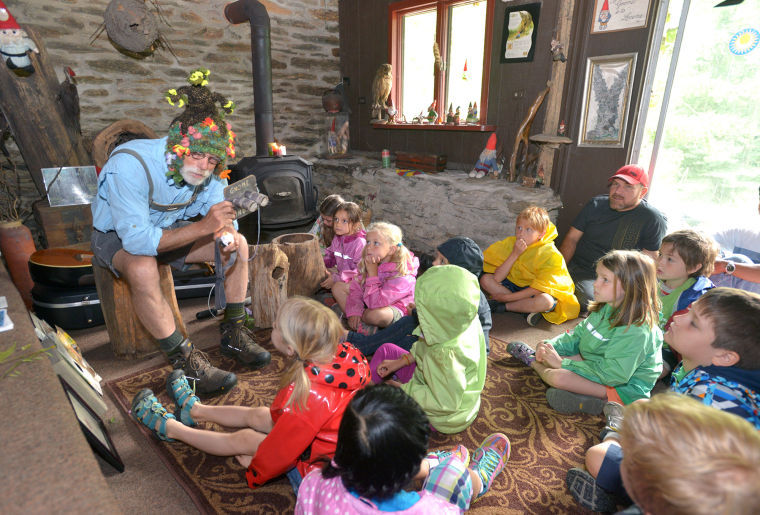 Richard Humphreys tells students how to spot a gnome before they venture out on the wooded trail at Gnome Countryside. 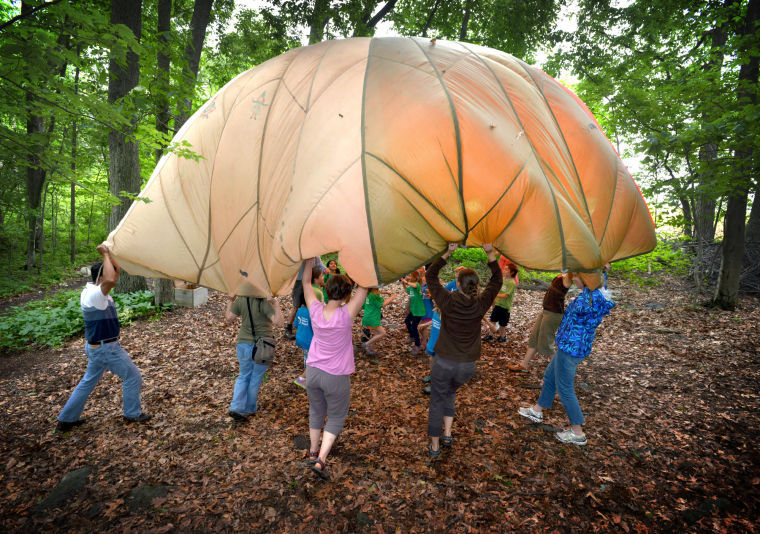 Susquehanna Waldorf School students and teachers do a parachute lift at Gnome Countryside.

This was the scene Feb. 11, as flames tear through the 220-year-old home that stood at Gnome Countryside in Colerain Township.

Richard Humphreys leads a group of Susquehanna Waldorf School students over a wooden bridge into the woods to his Gnome Trail.

A gnome stands alongside the trail in the woods at Gnome Countryside.

Richard Humphreys tells students how to spot a gnome before they venture out on the wooded trail at Gnome Countryside.

Susquehanna Waldorf School students and teachers do a parachute lift at Gnome Countryside.

Gnomeman was in his glory last week.

Dressed as though he just came down from a hike in the Alps, with a wild, knit hat topped by a human-like tree on his crown, Richard Humphreys captivated students from the Susquehanna Waldorf School Wednesday with tales of gnomes living in his woods, as he taught them lessons about the environment.

The buttercups in his field, Humphreys said, were planted there by fairies, who took five pieces of gold each and tied them to individual green stems.

The fairies collected the gold from the ground, where they had been dropped by a selfish old man, who refused to share his sack of gold, and so a gnome cut a hole in the bag.

"This spring when you're out for a walk and you pick a buttercup, besides holding it under your chin to see if it reflects yellow to see if you like butter, don't forget to count...five golden petals on each and every buttercup..." he said.

This is what Humphreys loves to do with his spare time.

This is why he's called Gnomeman.

When a Feb. 11 fire destroyed Humphreys' 220-year-old log house on the property he calls Gnome Countryside, at 63 Bridle Path Road in Colerain Township, the community responded.

An online fund drive quickly raised about $15,000, which Humphreys pledged to put entirely into the Gnome Trail that winds through his property.

Hundreds — maybe even thousands — of kids and adults have walked that trail over the past 38 years, listening to Gnomeman talk about nature — and little people.

"This fire took my stuff, but it didn't take my soul," said the retired Solanco School District art teacher.

No one knows how the fire started that burned down Humphreys' house, causing $350,000 in damage, he said.

A state police fire marshal ruled the cause of the blaze as "undetermined," Humphreys said.

"My assumption is it was a chimney fire," he said.

Presently, Gnomeman is living in a barn on the 16-acre property.

He's planning to build a new house, using wood from trees damaged by the Feb. 11 fire, and others to be cut on his land in Clearfield County.

The new home will blend in with its natural surroundings, just like the old one did, Humphreys' promised.

The design for it recently was done by Wendy Tippetts of Tippetts Weaver Architects in Lancaster, according to Humphreys.

"She showed them to me and said, 'This is my gift to you,'" Humphreys said. "That's kind of the way it's been with all of this."

Tippetts could not immediately be reached Sunday for comment.

Chris Neely, 29, of Lancaster often played at Gnome Countryside with Humphreys' son, Kesse, when both were kids.

It was Neely who organized an online fund drive at Youcaring.com for Gnome Countryside within days after the fire.

"Just hearing that news, that the house was gone, was devastating," he said.

Neely had no idea what kind of response the fund-raiser would draw, but he wasn't surprised when 230 people contributed a total $14,911.

"The response was great," he said. "It really showed how many people (Humphreys) has affected over the years."

Humphreys relies on several props for his educational tours, including a box that contains his pop-up gnome fact book, a paper-wasp nest and his famous cradle made from nut shells and an oriole's nest.

"I always tell the kids that when gnome children outgrow the cradle, their parents put them in the oriole's nest," Humphreys said.

He originally though the gnome box was in the house at the time of the fire and was gone forever.

Some time after Feb. 11, Humphreys and his son were working in the barn, and they found the gnome box.

"Little miracles like that happen for a reason," he said.

It was two weeks ago that Gnome Countryside had its first organized visit since the fire.

The trail is open, and Humphreys has several more tours already lined up.

The outpouring of love for Gnome Countryside has reinvigorated Humphreys, he said.

"This place has been special to me, and to a lot of other people," he said.

Last month, Humphreys wrote a letter to the editor of this newspaper thanking the community for its support of Gnome Countryside.

"A friend heard that when your heart is broken, the cracks are filled with love and compassion from others," Humphreys wrote.

"This has been so true. We experienced genuine love and compassion expressed by so many during this difficult time."

He signed the letter, "Richard Humphreys and 386 gnomes, Colerain."