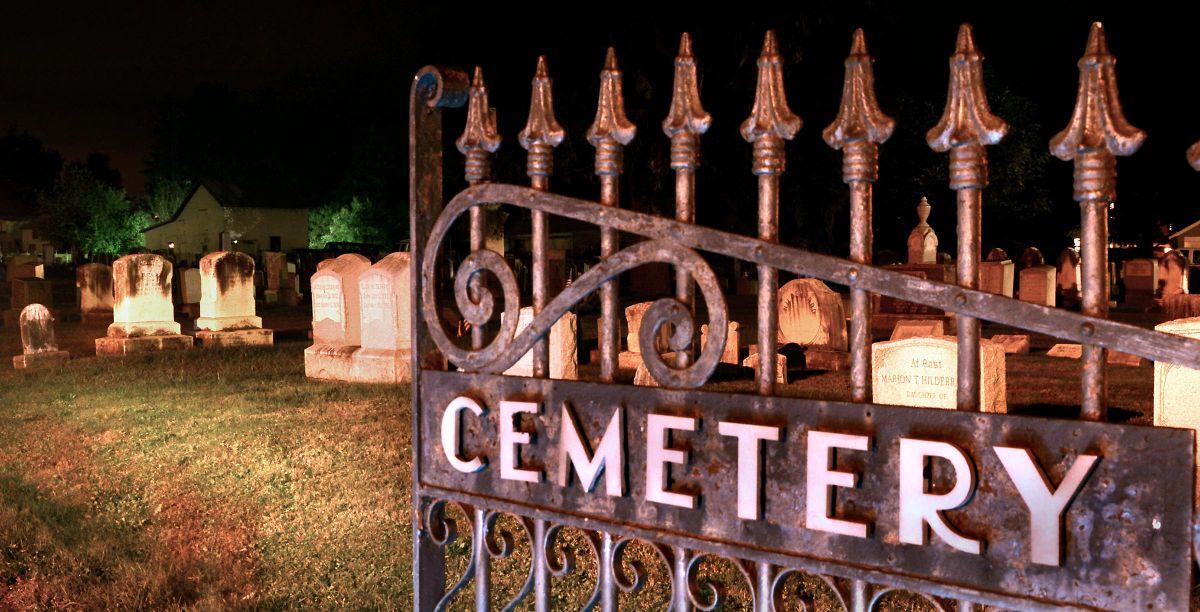 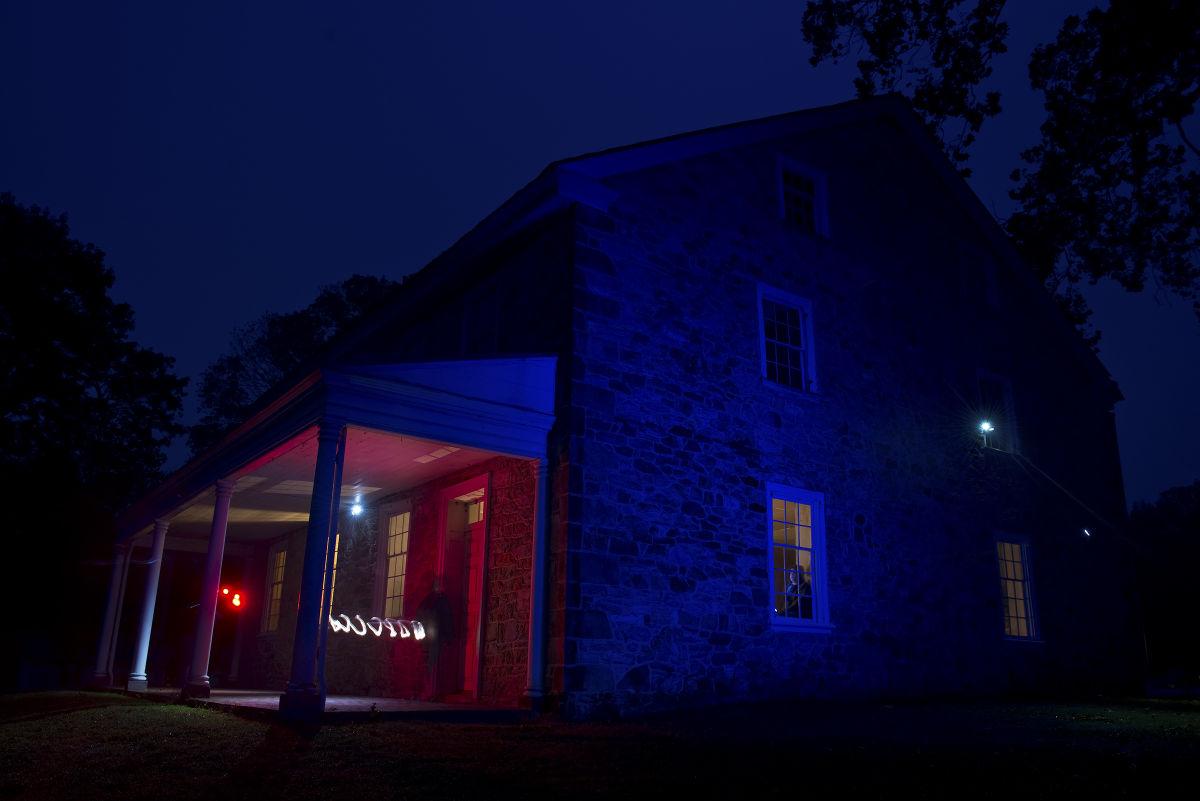 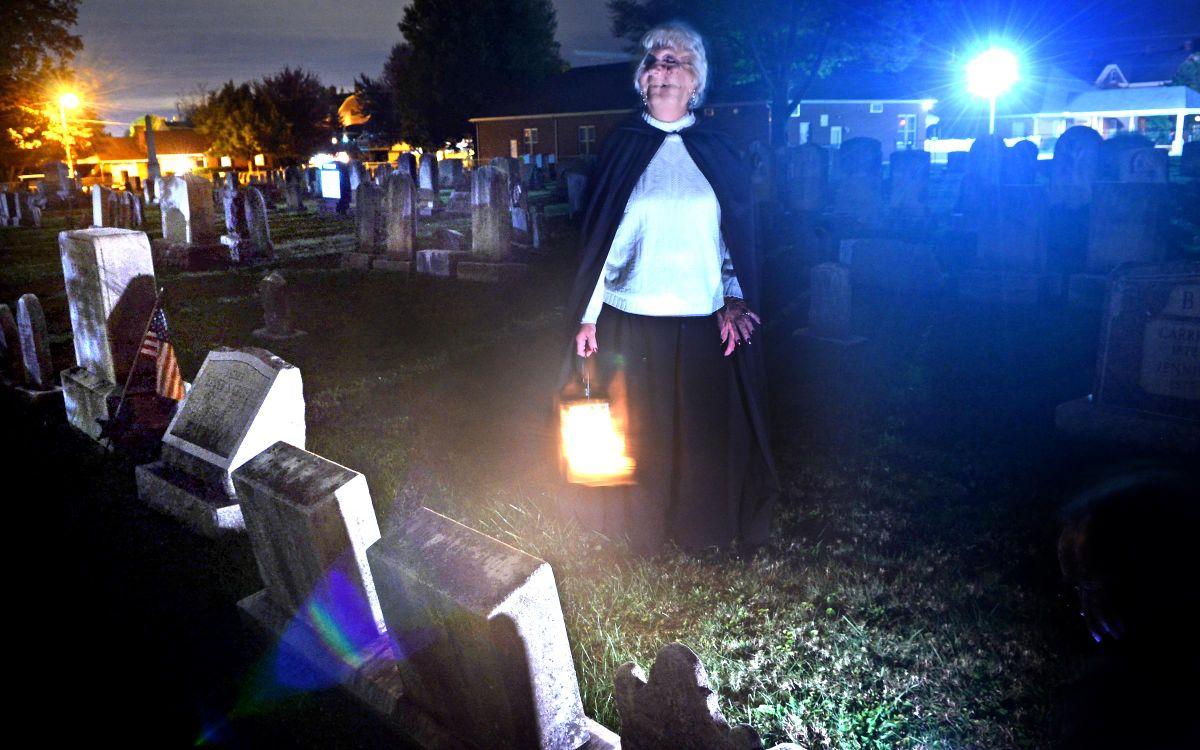 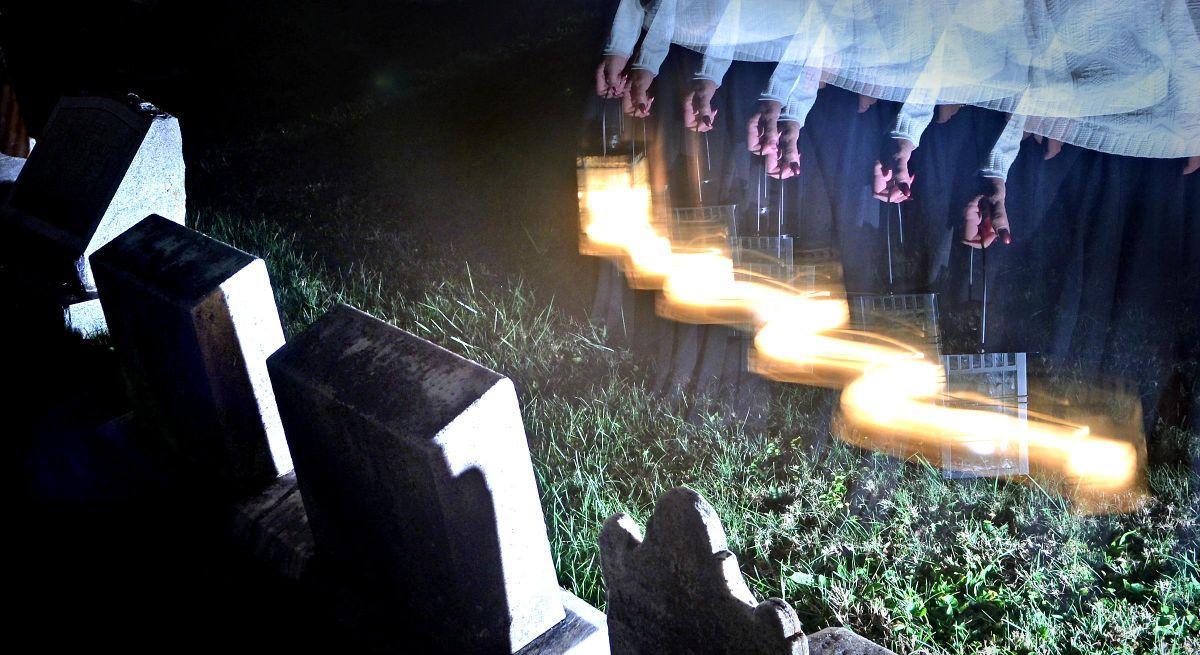 A guided ghost tour through Strasburg Cemetery on Oct. 1. 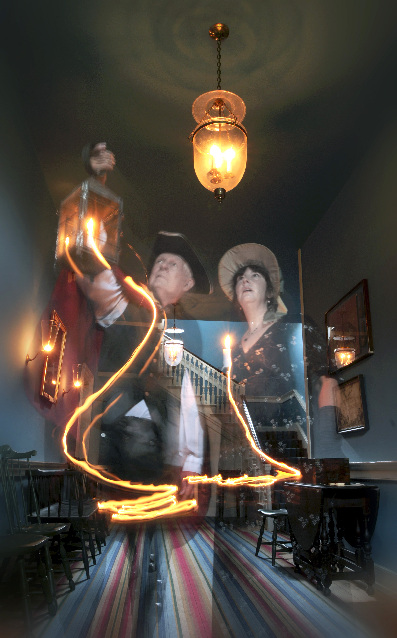 Don Walters, left, and Nancy Bradley explore some of the darker corners of Rock Ford in this file photo from 2011.

A guided ghost tour through Strasburg Cemetery on Oct. 1.

Don Walters, left, and Nancy Bradley explore some of the darker corners of Rock Ford in this file photo from 2011.

The grouchy man sighs in your ear. An English lady leaves a hint of rosewater in her wake.

A transparent servant runs down the hall while a little girl in old-style clothing watches dancers in the hall.

And a woman stubbornly inhabits the house she was forbidden to live in while she was alive.

Plenty of spooky stories have cropped up in an area better known for its rich history and quaint Amish culture.

Here are just a few.

She likes to call him the “grouchy man.”

Lora Shirey, the Haldeman Mansion Preservation Society’s paranormal director, says one of “three gentleman ghosts” who linger there “follows people around and sighs in their ear, like he’s angry.”

Shirey says the mansion, which dates from the 1700s, is a hot spot for paranormal activity.

Besides old grouchy, there’s a little girl, a little boy, a teenage boy, an English woman — “She’s kind of friendly,” Shirey notes. “She can be a little moody at times, and she likes to wear rosewater perfume” — and a female servant in the summer kitchen who “loves to sing and hum. She also loves to rub men’s heads.”

There were also a lot of deaths in the mansion, she adds, including at least 10 children.

“The creepiest thing I ever saw there was last summer,” Shirey says.

She was leading a team investigation in the mansion and took a break in the summer kitchen.

“I was goofing around,” she recalls. “I said, ‘Whoever’s here, you don’t scare me.’ And that’s when I saw a full-blown apparition.”

Shirey says the white silhouette of a man manifested right in front of her.

“And me, a seasoned, experienced paranormal investigator, I got up and ran out. It was embarrassing,” she says.

She hasn’t gone back to that kitchen since, she admits.

“But the spirits in the mansion are not nasty or negative in any way,” Shiley insists. “They’re friendly — except for maybe for the grouchy man. He’ll huff and puff a bit, but no one’s ever been hurt.”

For more information on the mansion and a paranormal conference today from 11 a.m. to 8 p.m., visit haldemanmansion.webs.com.

The house has earned a reputation for apparitions, footsteps in empty rooms, strange knocks and barely heard conversations when no one else is there.

In 2010, a guest at the “Sleepy Hollow” program reported seeing a young girl in period garb watching dancers in the hall from the Blue Parlor doorway.

There was no girl in period clothing in the Blue Parlor that year. At least, there wasn’t supposed to be.

Not long before, a volunteer in the basement hallway saw a mist take on a human form before passing through a closed door. Another volunteer saw a transparent figure, dressed like a servant, run down the same hall.

The Hand family built the house in the early 1790s. Edward, his wife Katherine and their 11-year-old daughter Margaret died there. In 1807 John Hand, Edward’s eldest son, committed suicide in the house.

Subsequent owners of the property, believing the house to be haunted, refused to live on the premises — sparing the historic mansion from remodeling to suit new residents, thus preserving its historic nature.

“When you visit Rock Ford ... you get the impression that General Hand and his family are still very much present,” says Nancy Bradley, assistant to the director.

A paranormal investigation in 2009 failed to turn up concrete evidence, although the ghost-hunting team captured the image of a white mist forming, then dissipating upstairs.

Digital recordings captured voices, including singing, laughter, a child crying and an indistinct whisper that sounds a whole lot like “Kill her.”

Annie Gonder, who wasn’t allowed by her family to live in the Gonder Mansion at 130 W. Main St., may have moved in after death.

Her brother, a railroad tycoon, built the mansion but banished unpopular Annie to a small house next door. He died in 1915; she was found dead in Pequea Creek in 1918, although whether by accident or intent is unknown.

Oddly, Annie also haunts the cemetery, where her body is buried cockeyed to the graves of her family.

Ghost hunters have taken photos of mists and vortexes at her grave, Gallagher says. Some have seen full-body apparitions, she says, and the family of a girl who hugged the stone says a white light reached out to touch her.

“One night, I was talking about Annie and I had my hand on her tombstone,” she says. “I looked over and saw the figure of an old woman standing by the grave.

A mother who snapped a photo of her two kids playing in the cemetery was surprised to see a third child — it looks like a girl with a blue dress and long, brown hair — standing nearby. No other children were there at the time, Gallagher says.

“We’ve also seen the shadow of a little boy running through the cemetery,” she says. “Running in the moonlight.”

Stories abound of the hauntings at Fulton Opera House, including some tied to the 1763 massacre of the last Conestoga Indians.

The Conestogas were in protective custody at the workhouse there before being slaughtered by the Paxton Gang. They were apparently buried in a mass grave near the intersection of Chestnut and Cherry streets, says Gallagher, who also leads city ghost tours. Their remains were moved in 1833 to make way for a rail line.

However, she says, “they say you can still see their shadows darting around the Duke Street Garage,” across the street.

Adding mystery to the story, Gallagher says when the Prince Street workhouse was razed years later, “Native American bones predating the massacre by hundreds of years” were found there. Maybe, she says, the place was just bad luck for the American Indians.

Where there’s history, there are ghosts. Lancaster County has plenty of history—and plenty of ghosts.