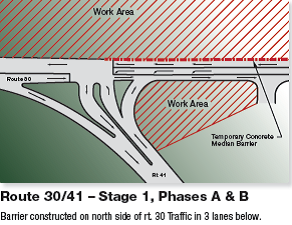 This map from PennDOT shows details of the Route 30/Route 41 work. 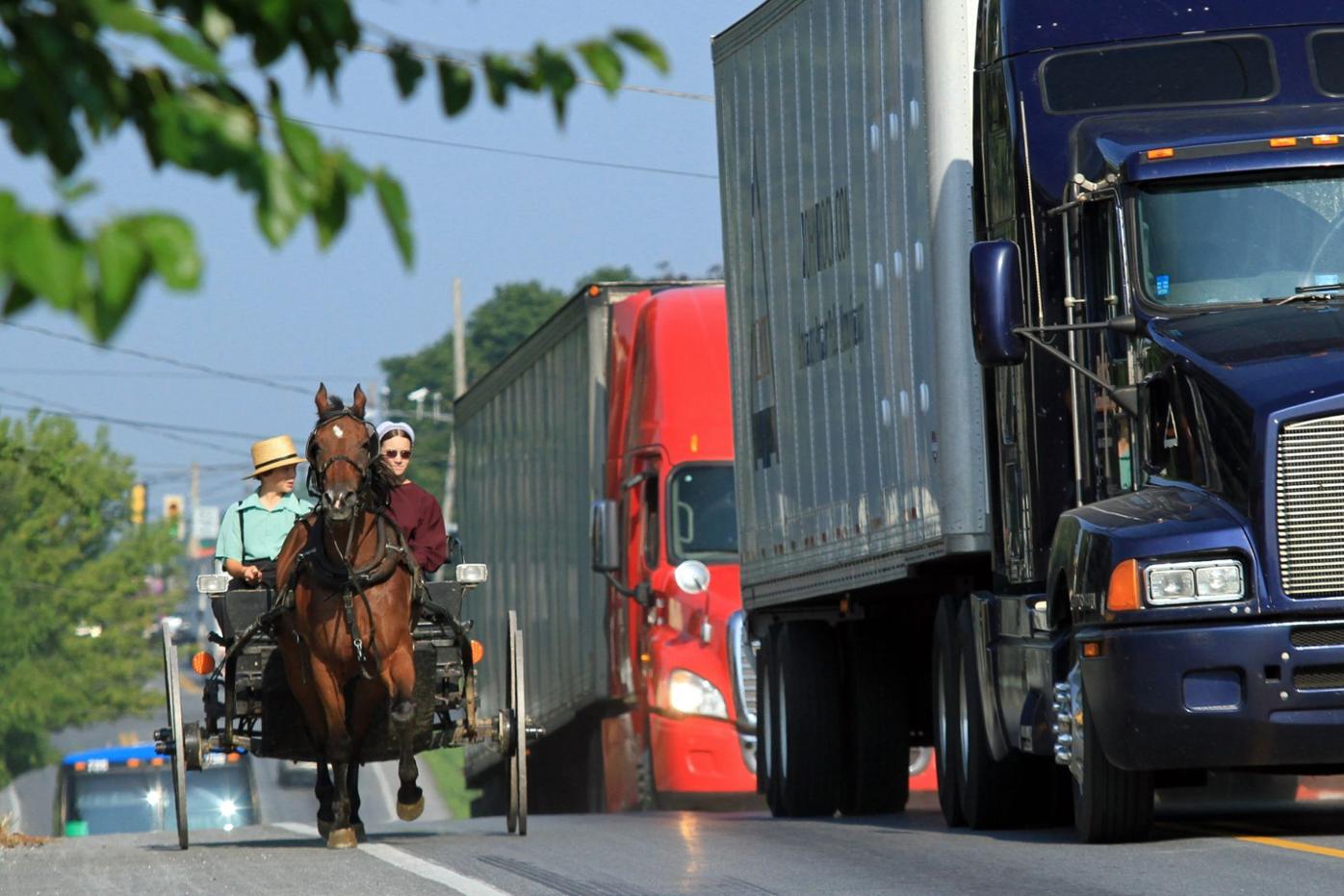 Tractor-trailers pass a horse-and-buggy traveling east on Route 30, near Route 41 in Gap.

This map from PennDOT shows details of the Route 30/Route 41 work.

Tractor-trailers pass a horse-and-buggy traveling east on Route 30, near Route 41 in Gap.

Work on the “Gap Bottleneck Project” is beginning to pick up, with a new traffic pattern established this week in the project area in eastern Lancaster County.

The new work is another step in the overall $9.9 million project that’s set for completion in October 2016.

The Gap project is one of the top road-construction efforts taking place in Lancaster County in 2015, area officials have said.

For now, the new pattern is in place during overnight hours in the area of the Route 30/Route 41 project, the state Transportation Department announced.

Motorists may encounter a single lane of traffic at certain times overnight, in the hours from 6 p.m. to 6 a.m., PennDOT officials said.

Motorists will encounter a new concrete barrier along the north side of Route 30, next to the single westbound lane, just east of the intersection with 41.

The barrier will separate traffic from construction crews, who are working to build a box culvert that will eventually extend completely underneath 30, PennDOT officials explained.

Traffic lanes also will become one foot more narrow through the area, 10 feet in width rather than 11 feet, and also will be slightly shifted to the south.

"It's looking more like a construction project. This is the major project being done in that area for 2015," PennDOT spokesman Greg Penny said Thursday.

Preliminary work in the past several weeks has involved relocating utility poles and lines in the project area.

When the work in the Gap area is completed, there will be a new, two-lane roadway parallel to and north of the existing Route 30, between Route 41 and Route 772.

The project, expected to end in a little more than a year, will put westbound Route 30 traffic on the new roadway and existing Route 30 will carry eastbound 30 traffic.

The area of Route 30 and Route 41, near the famous Gap town clock, is known for daily traffic backups that grow worse in the summer and toward weekends.

Residents and local officials have long called for traffic improvements in the Gap area to relieve the congestion.