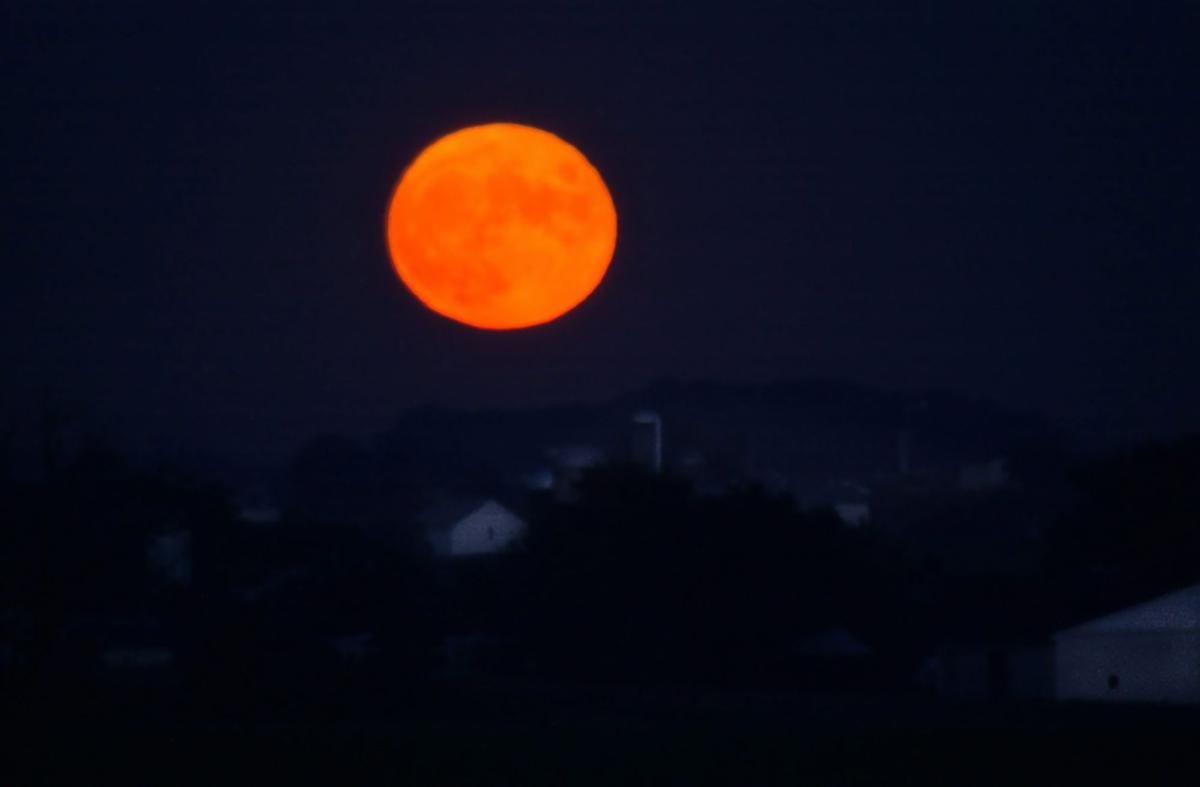 The harvest moon hangs low over a farm off Stumptown Road in Upper Leacock Township in this file photo from 2003. 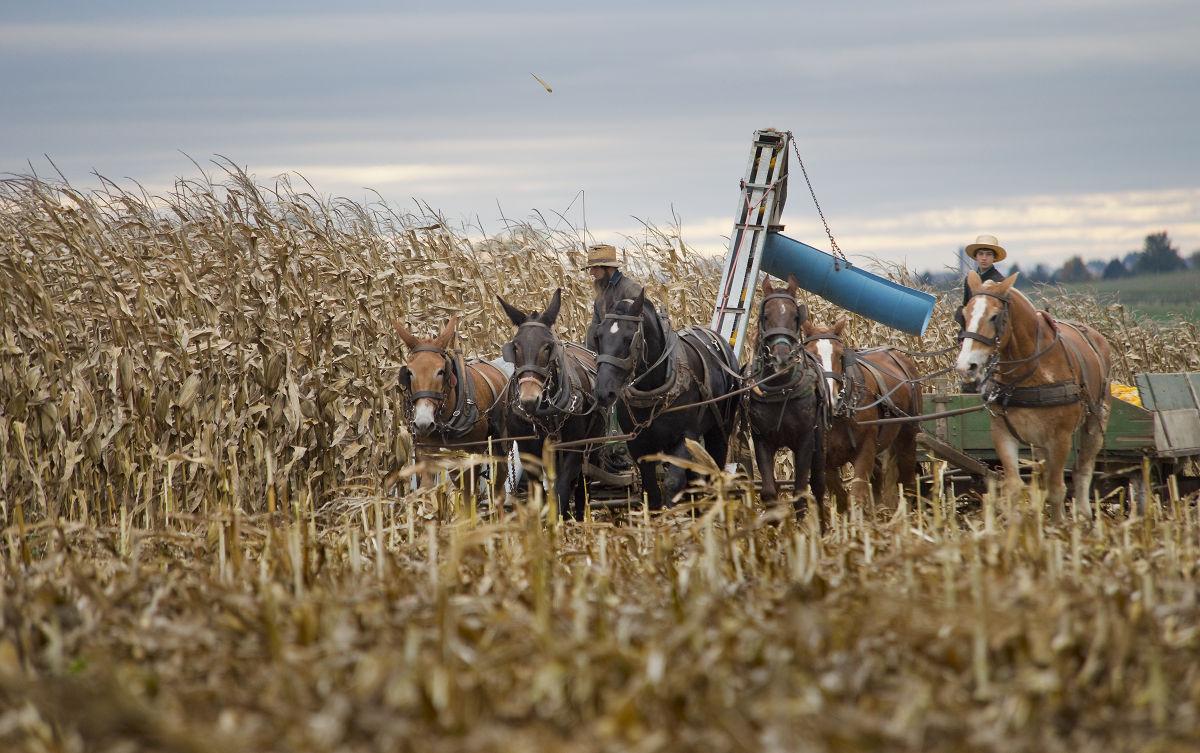 Amish bring in corn for the winter along Paradise Lane in Paradise Township on Thursday, October 23, 2014.

The forecast for Lancaster County is mostly cloudy for Friday night into Saturday morning. But peeks of the moon are possible.

September's full moon is called the full harvest moon, as it's the full moon that's closest to the autumnal equinox that happens Sept. 22., according to The Old Farmer's Almanac.

About once every three years, the full harvest moon will be in October.

This is because the full harvest moon "is the only Full Moon name which is determined by the equinox rather than the month," according to TimeAndDate.com.

Oddities, significance of the Harvest Moon

The harvest moon is also called the full corn moon, as the full moon often happened around the same time as corn harvests.

Farmers used to rely on the moon phases before the modern-day calendar came along.

NASA is visiting Lancaster County to talk about agriculture. Here are three takeaways.

The full harvest moon is often known for appearing larger than usual, often taking on an orange tint.

Researchers at the University of Toronto explained that the increase in size was due to the moon being close to the horizon. It's an optical illusion.

The orange tint is also due to the moon's proximity to the horizon. The light that bounces off the moon has to travel through thick atmosphere before our eyes can see it.

The harvest moon has been immortalized in culture in a couple of different ways.

- "Harvest Moon" is the name of a farming video game series

- Lancaster has its own taste of harvest moon with the Harvest Moon Bagel Co. in downtown Lancaster city.

Remaining astronomical events for the year

When does fall start? History, traditions, events of the season

The Orionid meteor shower is visible from Earth from Oct. 21 to 23, with mornings being the best time to watch, according to EarthSky, an astr…

Though the Taurid meteor shower is one of the longest-running - starting Oct. 20 and ending Nov. 30 - the peak week to scout out a "Halloween …

Tonight, Lancaster County will be able to see November's full moon, known as both the beaver moon and the full frost moon, tonight.

Monday, Nov. 11, the solar system's smallest planet, Mercury, will transit across the sun. This astronomical event only happens about 13 times…