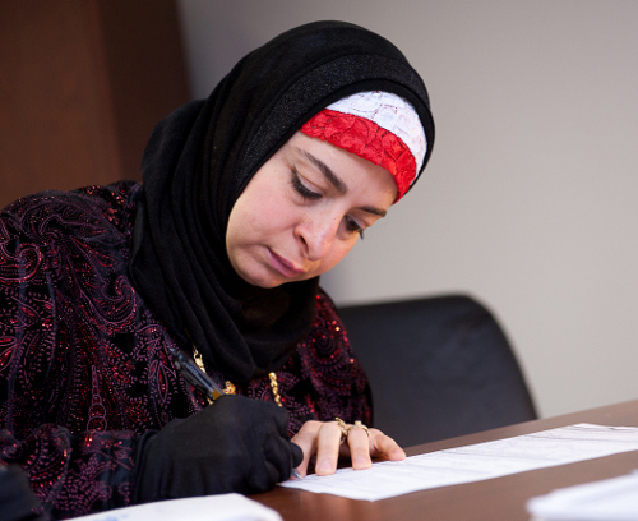 In this file photo from 2011, Egyptian native Reem Desouky takes the U.S. citizenship test in Philadelphia. 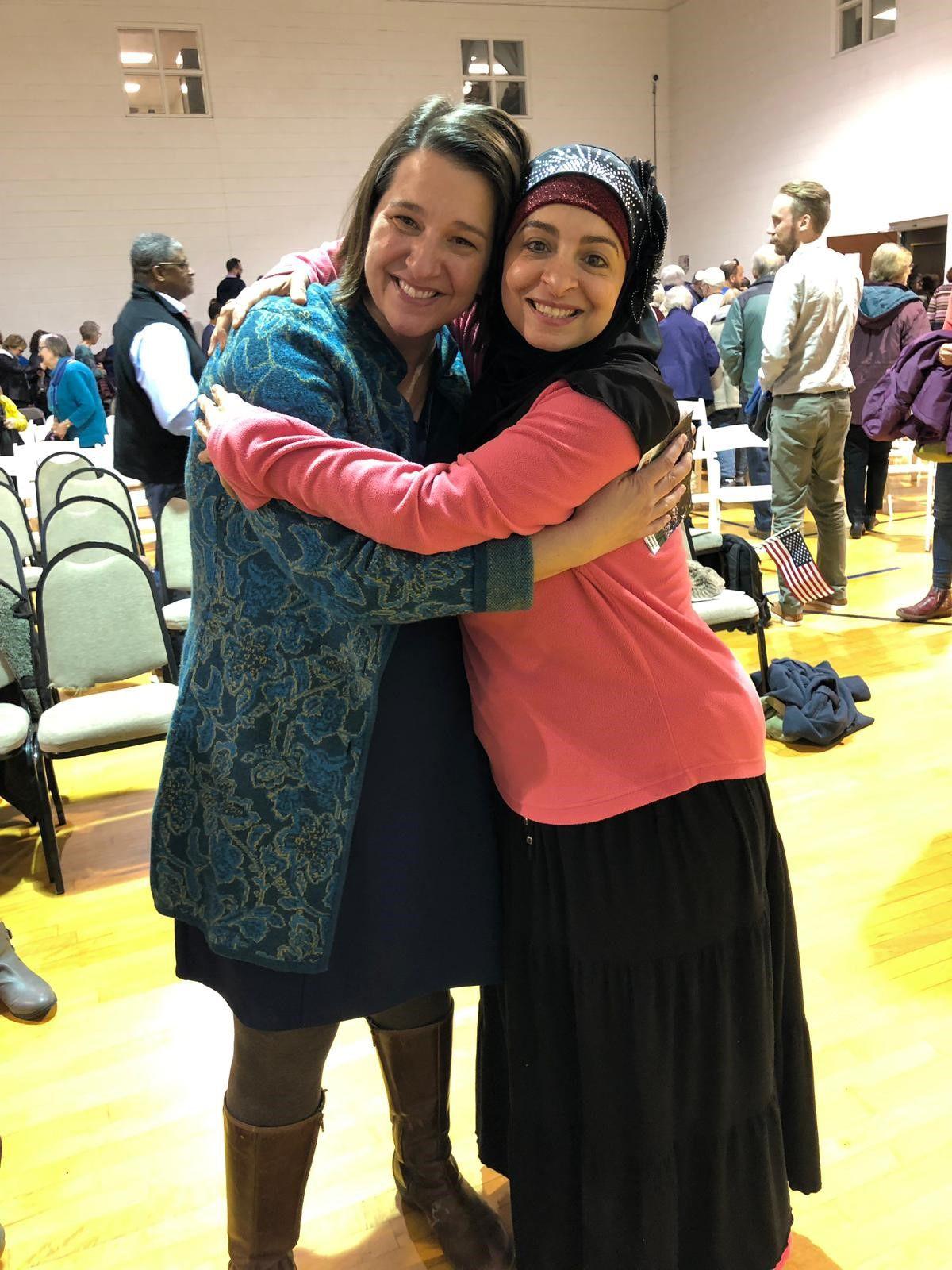 Reem Desouky, right, hugs congressional candidate Jess King at a campaign event in 2018. Desouky has been jailed in Egypt, where she went in July to visit family. 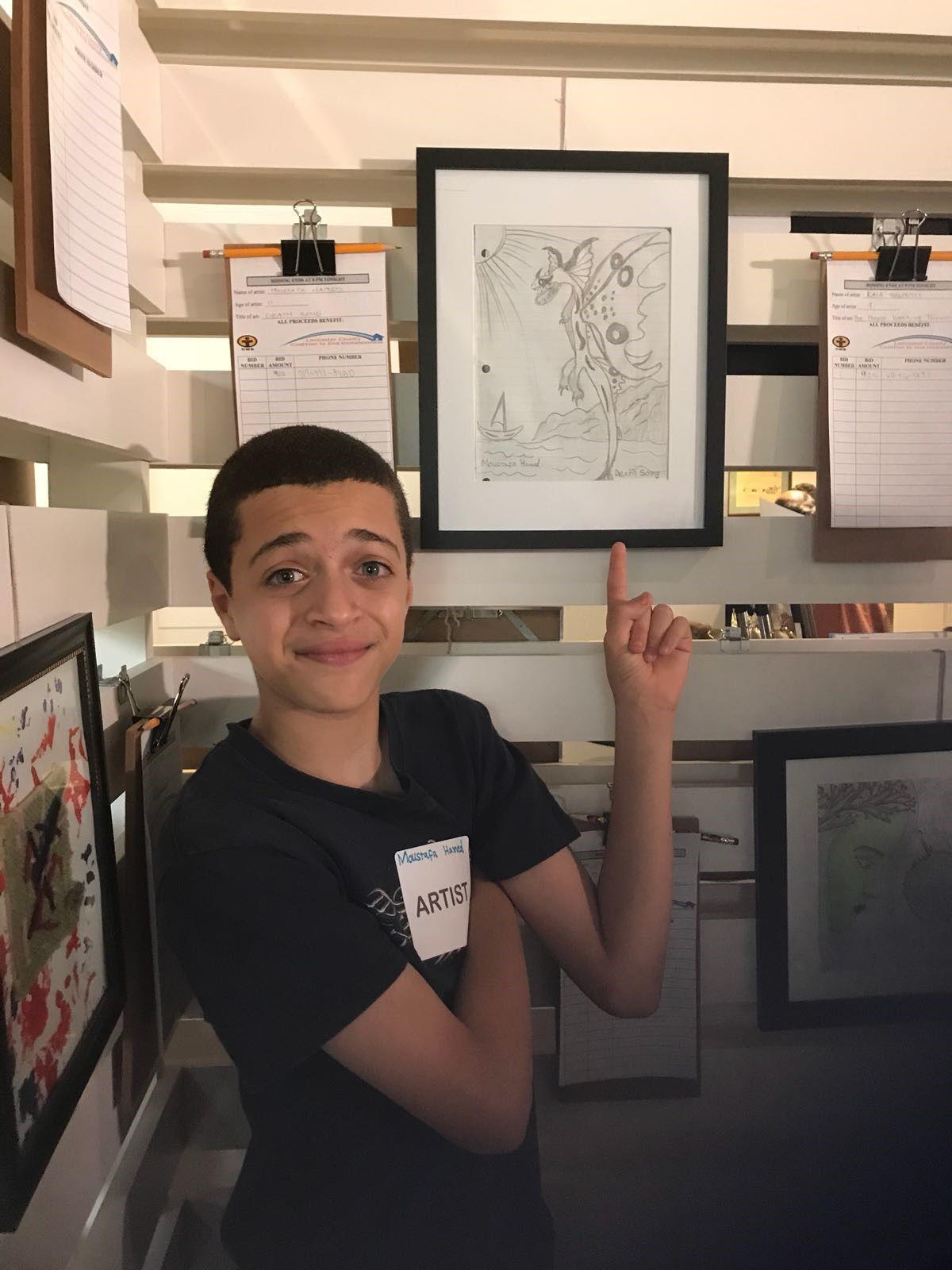 Moustafa Hamed, a student at Reynolds Middle School in Lancaster, remains in Egypt after his mother, Reem Desouky, was arrested.

In this file photo from 2011, Egyptian native Reem Desouky takes the U.S. citizenship test in Philadelphia.

Reem Desouky, right, hugs congressional candidate Jess King at a campaign event in 2018. Desouky has been jailed in Egypt, where she went in July to visit family.

Egyptian authorities have reportedly imprisoned a Lancaster woman who is known for her outreach to refugees and interest in political causes, according to friends worried about her well being.

Reem Desouky, an American citizen in her mid-40s who worked as an Arabic interpreter, was arrested at Cairo’s airport on July 7 and taken to a women’s prison after she and her teenaged son arrived to visit family, they say.

Desouky’s son, Moustafa Hamed, a rising eighth-grader at Reynolds Middle School, was detained for about 12 hours before being released to family in Egypt, friends said. Desouky is divorced.

“He is doing OK, but he misses his mother,” said Hikmat Sadek, of Manheim Township, who said she spoke by phone with Moustafa and members of Desouky’s family in Egypt. “He said he’s not going to leave his mom.”

The family has retained an attorney to represent Desouky, an Egyptian native who immigrated to the United States in 2004 and became a U.S. citizen in 2011. An attorney with a human rights organization has also volunteered his services, Sadek said.

Authorities have not disclosed the reason for Desouky’s arrest, but friends said she sometimes posted Facebook commentary critical of Egypt’s leadership.

Sadek said she has contacted Rep. Lloyd Smucker’s office for help on Desouky’s behalf and was given a Privacy Act consent form for family to sign.

Zachary Peirson, Smucker’s deputy chief of staff, told LNP the office will ask the State Department and U.S. embassy for information once a signed consent form is returned.

LNP on Thursday emailed and called the State Department for comment on Desouky’s case, but did not receive a response by press time.

Desouky’s friends are concerned because of Egypt’s record of human rights violations and poor treatment of prisoners.

“I’m very worried because so many people get caught in situations like this (in Egypt) and spend half of their lives until they get released,” said Radwa Matar of East Hempfield Township, a former Egyptian who Desouky befriended and helped when Matar came to Lancaster about 12 years ago. “We need to do everything in our hands to help her.”

Friends described Desouky as cheerful, outgoing and giving. They said she was devoted to Moustafa, participating, for example, in his school’s parent-teacher organization.

Desouky, a part-time interpreter for the local Your Language Connection translation agency, had a heart for newcomers, helping to resettle refugees, providing rides and food and even opening her home to some.

Jennie Groff of Lancaster featured Desouky as a guest cook for Taste the World dinners she operated downtown on First Fridays. That association led to Desouky joining a woman’s group that met monthly for tea and that Desouky often hosted.

It's a proud day for new American

“She was the life of the party,” Joan McManness of Millersville said. “It wasn’t a good time unless Reem was there.”

Groff called Desouky a fighter who will assert herself in prison. But she said she’s sure Desouky’s heart is breaking out of concern for her son.

LNP featured Desouky in a 2011 story when she took the citizenship test in Philadelphia.

On top of bewildering language and cultural challenges refugee Yousef Zein encountered in Lancaster as a teen from war-torn Syria, he also cou…

The plight of two Lancastrians in Egypt, plus thoughts on near-tragedy in Philadelphia [opinion]

A Lancaster woman jailed in Egypt since July has been charged with joining a terrorist group and faces up to 15 years in prison if convicted, …

Egypt has released a Lancaster woman imprisoned since July on charges she criticized the authoritarian government on Facebook.

Reem Desouky, 47, flew to Egypt last July to end a five-year marriage she considered a sham. But she never made it to divorce court.