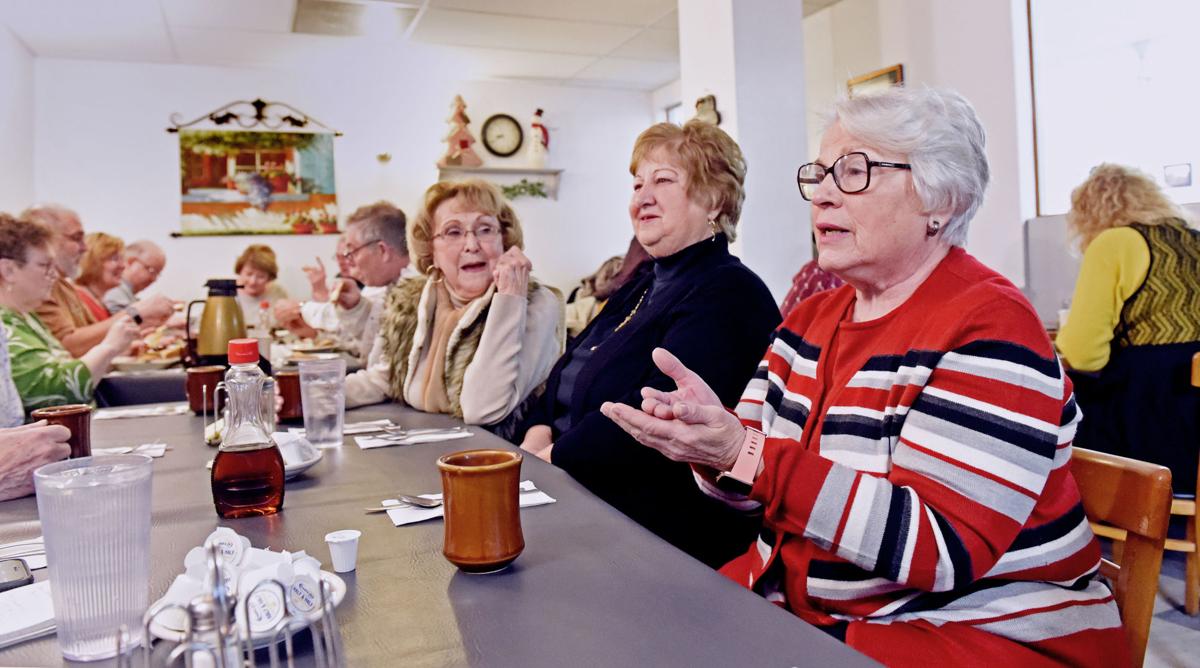 Nadine Mozingo, of Elizabethtown, right, talks about working at Sears during a breakfast gathering of Sears retirees at Family Fare Restaurant, 5921 Main St., East Petersburg. To the left of Mozingo are Mary Haupt, Conestoga, center, and Suzanne Burkholder, of Manheim Township. 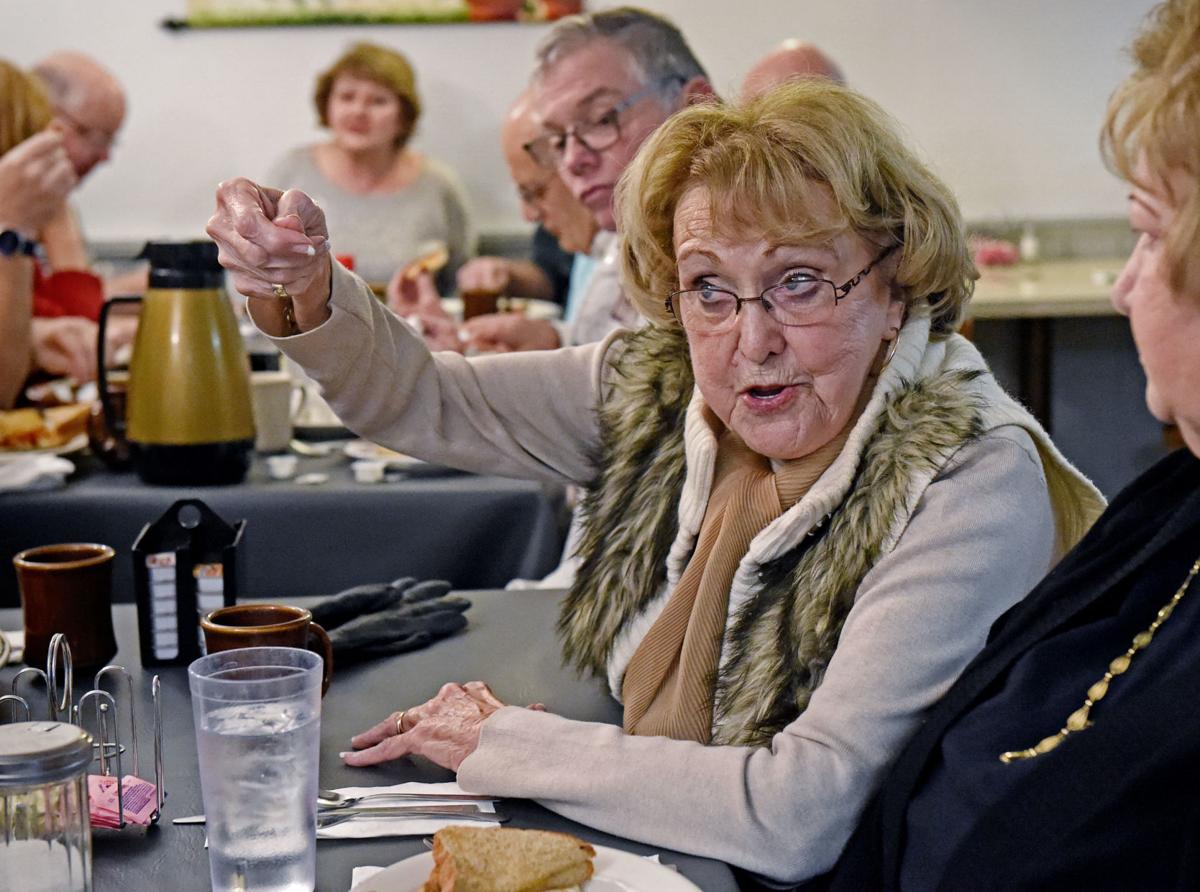 Suzanne Burkholder, of Manheim Township talks about working at Sears during a breakfast gathering of Sears Retirees at Family Fare Restaurant. 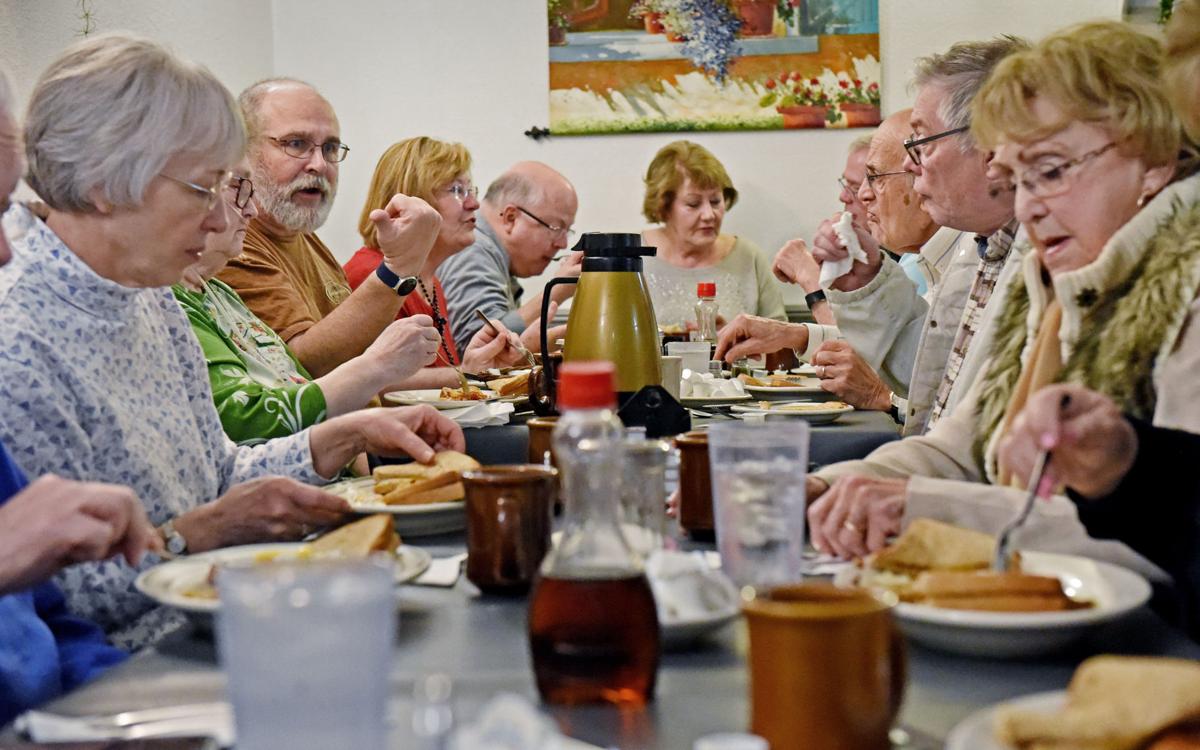 A group of Sears retirees gathered for breakfast at Family Fare Restaurant.

Nadine Mozingo, of Elizabethtown, right, talks about working at Sears during a breakfast gathering of Sears retirees at Family Fare Restaurant, 5921 Main St., East Petersburg. To the left of Mozingo are Mary Haupt, Conestoga, center, and Suzanne Burkholder, of Manheim Township.

Suzanne Burkholder, of Manheim Township talks about working at Sears during a breakfast gathering of Sears Retirees at Family Fare Restaurant.

A group of Sears retirees gathered for breakfast at Family Fare Restaurant.

That afterlife will include lingering references to “where Sears used to be” as well as the memories of the thousands of people who have worked at the Lancaster Sears since it first opened on Penn Square in 1933.

“We are Sears,” said Nadine Mozingo, who spent 26 years at the store, retiring in 1993 as an area sales manager. “It’s (part of) history. It’s there. You can’t throw history out the window. It will always be,” she said.

Mozingo is among a group of about 20 former Sears employees who get together once a month for breakfast to reminisce, gossip and reconnect.

The retiree group, which has been getting together for 20 years, meets at Family Fare Restaurant in East Petersburg around 8 a.m. the first Tuesday of the month. Organizer Blair Bollow said he’d welcome the attendance of any current Sears employees who will soon be losing their jobs.

At Wednesday morning’s gathering, the chief topic was the previous week’s announcement that the ailing retailer will close its Lancaster store, which has been an anchor store at Park City since 1972.

In a back room at the diner, conversation drifted between nostalgia for the store that several likened to a family, and theories about why the once-powerful Sears is now on the brink of liquidation.

Some said discontinuing the iconic catalog in 1993 and relentless cost-cutting were among the reasons for the retailer’s decline.

“Catalog used to carry that store.” When they got rid of catalog, that did it,” said Susan Burkholder, a 46-year employee of Sears who worked in the catalog department when the store was at the Lancaster Shopping Center.

There was also no love lost for Eddie Lampert, the billionaire investor and former chief executive officer of Sears who recently submitted a $4.4 billion offer that could prevent the total liquidation of the retailer.

Calling him “that idiot,” Stella Papademetriou said some of the changes Lampert initiated made Sears a less attractive place to work.

“When I was there and he took over, he started cutting down benefits right away,” said Papademetriou, who left in 2007 after 35 years.

Although Mozingo was gone long before Lampert arrived, she shared Papademetriou’s sentiments, saying he betrayed them by being too focused on short term profits.

While the recent news about Sears had the former employees miffed, their get-together was more focused on their good memories about working together.

Joe Giambalvo hasn’t worked at Sears for 43 years but he says he’s still grateful for the experience, which he said looked great on his resume.

“It was a company you could start at the bottom and work your way up,” said Giambalvo, who became a department manager after beginning as an appliance salesman.

Rick Harnish, who spent 20 years at Sears before taking a buyout offer in 1993, says the retailer had a culture that demanded excellence.

Clay Miller, a manager in the appliance department who retired in 1998, recalls that part of the store culture required managers to leave their sport coats on — unless they were unpacking boxes.

Miller, who spent 33 years with Sears, said he got a kick out of exploiting that loophole.

“I’d try to leave something half unpacked sitting in the aisle, then I was free to wander around without my coat,” he said.

“Now they come in looking like they’re coming to the Ephrata Fair,” he said.

The Sears store at Park City, an anchor of the regional mall since 1972, will close on Sunda…

The once-bustling Sears that anchors a wing of Park City Center is quickly emptying out as a liquidation sale enters its final two weeks.