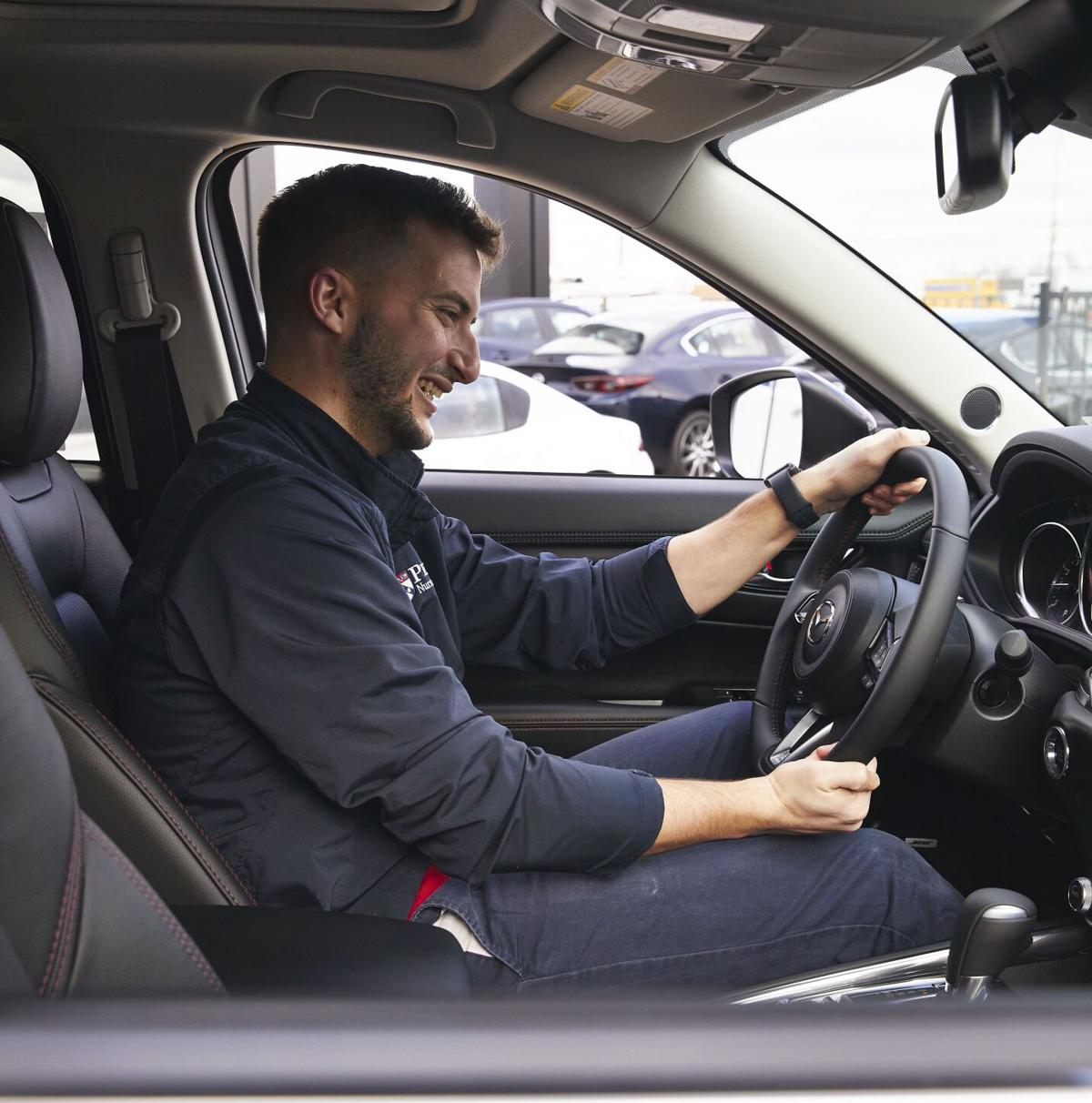 Josiah Borden received a 2021 Mazda CX5 Carbon Edition SUV crossover Wednesday from the Pacifico Mazda in Philadelphia after being recognized in the national “Mazda Heroes” program. 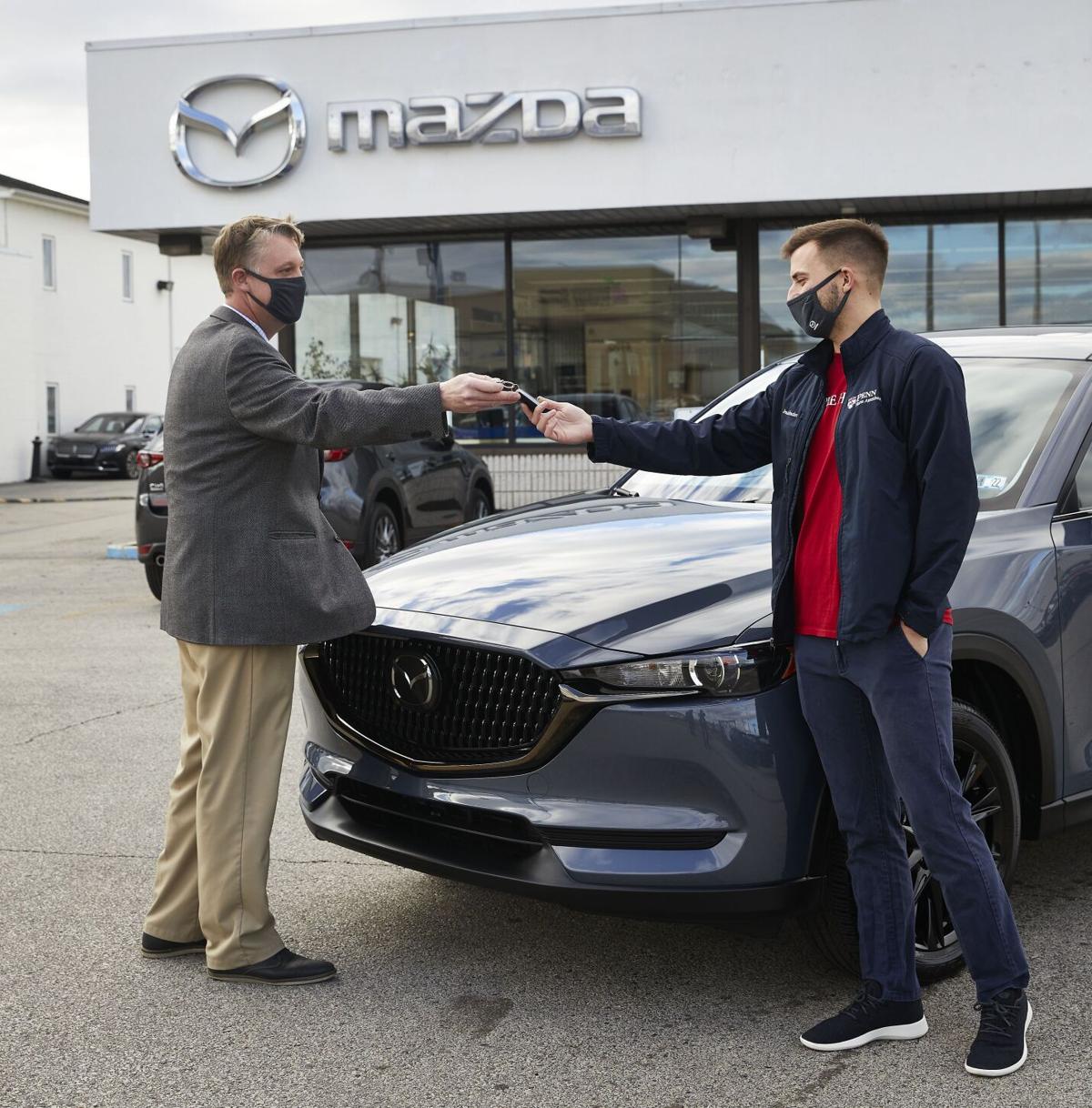 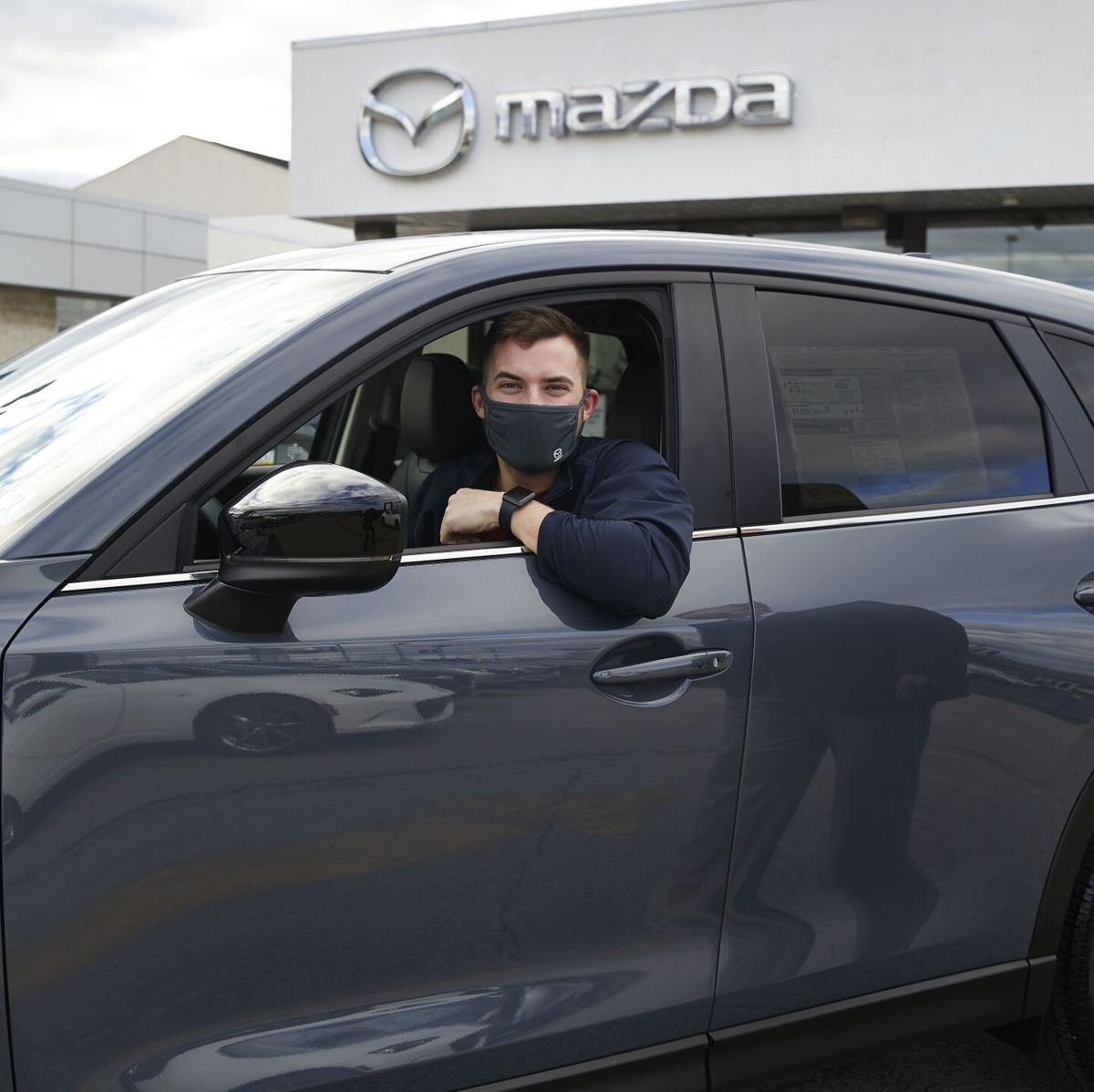 Josiah Borden received a 2021 Mazda CX5 Carbon Edition SUV crossover Wednesday at the Pacifico Mazda in Philadelphia after being recognized in the national “Mazda Heroes” program.

Josiah Borden received a 2021 Mazda CX5 Carbon Edition SUV crossover Wednesday from the Pacifico Mazda in Philadelphia after being recognized in the national “Mazda Heroes” program.

Debbie Borden thinks her son Josiah is pretty special for the work he has done with COVID-19 patients in Lancaster and Philadelphia.

And now Mazda agrees, awarding him a new car this week as part of its “Mazda Heroes” program meant to honor people who have shown dedication to their communities.

“It is a blessing. That is all I can say,” said Debbie Borden, who nominated her youngest of three sons for the program. “I know Josiah would never call himself a hero, but he’s like so many medical personnel out there that during this crisis really stepped up in disregard for their own safety.”

Josiah Borden, 28, is a Conestoga Valley High School graduate who got a job at Lancaster General Hospital after going to college in Texas. Three years ago he moved to Philadelphia to begin a certified nurse anesthetist program at University of Pennsylvania.

When the coronavirus pandemic began last spring, Josiah found himself with extra time because his clinical rotations were halted. So he decided to get a job as a nurse in an intensive-care unit helping COVID-19 patients, opting to return to Lancaster.

“LGH started my whole critical care career and I wanted to do something and work for them if they were going to be inundated by this pandemic,” he said.

But then he got a job in the intensive-care unit at Temple University Hospital.

And that’s how, for seven months, the 28-year-old Conestoga Valley High School graduate found himself splitting five weekly night shifts between Philadelphia and Lancaster, making the hour-and-a-half commute in his blue 2005 Honda Civic, with its collapsing felt roof and malfunctioning airbag light. Driving “Neptune” also meant having wind whistle in through the window lining since Borden once damaged it with a wire hanger after having to break in.

“I took as good of care of it as I could,” said Borden of the car he got in high school and named after the Roman god of the sea since it once got him through a flood.

Despite the exhausting schedule, Borden, who was infected twice with COVID-19, said he was energized and sustained by the people he worked with and the sense of teamwork.

“I keep saying it’s hard to call yourself a hero when you’re surrounded by heroes. It’s just a really awesome family that was created. I absolutely loved the job, loved working there,” said Borden, who has since returned to doing hospital rounds as part of his schooling.

For Debbie Borden, her son’s determination made her both worried and proud, prompting her to nominate him for the Mazda program that could replace the car whose odometer he had pushed to 136,000 miles.

In October, Mazda contacted him for some follow-up interviews and video shoots, during which he learned that he had been selected as a winner, and was presented with a white, Mazda MX-5 Miata 100th anniversary special edition vehicle.

While he was thrilled, the two-seat sports car didn’t quite suit the practically-minded Borden, who asked if he could instead have something that could be better for the family he hopes to have one day.

So on Wednesday, Borden picked up a 2021 Mazda CX5 Carbon Edition SUV crossover at the Pacifico Mazda dealership in Philadelphia, did an interview with a local television station, then drove away in his new car.

“It’s been an incredible, surreal experience,” said Borden, who now plans to donate “Neptune” to a college student in need.

Yet, as strange and wonderful as the whole experience has been, it’s actually not the first time Borden got a major prize in a contest he entered because of his mom. In 2013, he won $100,000 in a Dr. Pepper Tuition giveaway by beating four other finalists in a football throwing contest before PAC-12 Championship game in Tempe, Arizona.

Borden said the two contests exemplify the spirit of his mom, a single parent for many years who dreamed big for her children.

“We didn’t grow up wealthy, (but) she’s found these opportunities, and raised us to go for it,” he said.

Pa. lags nation in people tested per day, is nowhere near level needed to suppress the virus

NAACP Lancaster and The Cultured Professional (TCP) is sponsoring a virtual town hall on Tuesday, Jan. 12, to help get vital information about…

The number of COVID-19 cases and deaths continues to increase in Lancaster County and across Pennsylvania.

Too busy this weekend to login and get your does of LNP | LancasterOnline? Not to worry, we got you covered.

Almost 300 more people in Lancaster County reported positive for COVID-19 in the past 24 hours, continuing an upward trend of several-hundred …

Thinking about going to therapy in 2021? Here's how to get started.

Jan. 12—2020 was a difficult year for mental health. Feelings of anxiety, sadness and loss were common for many, as lockdown measures were imp…

COVID-19 cases in Lancaster County continue to swell as the county reports nearly 300 new cases in the past 24 hours.