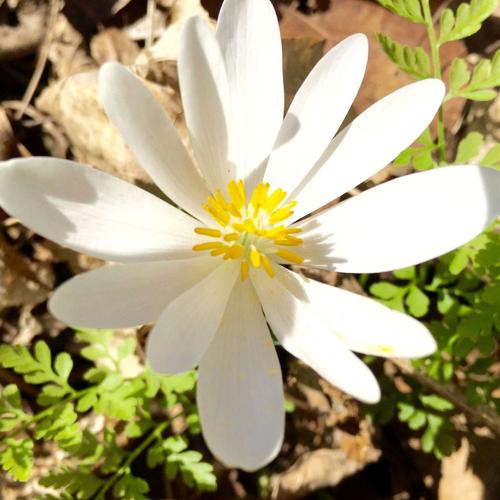 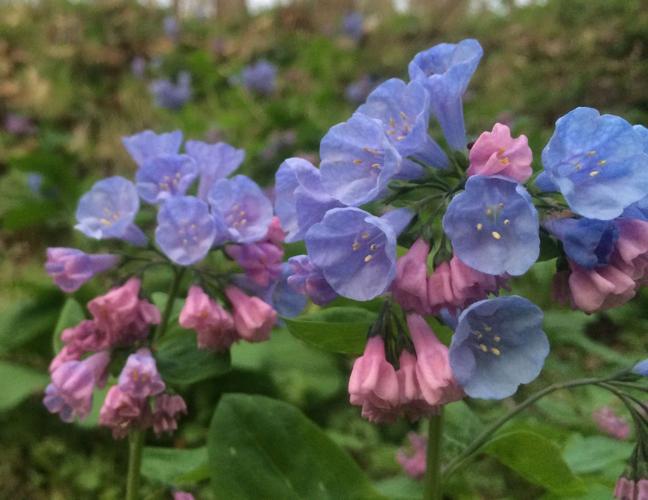 What’s blooming and what’s coming up in the coming weeks at public parks and gardens? 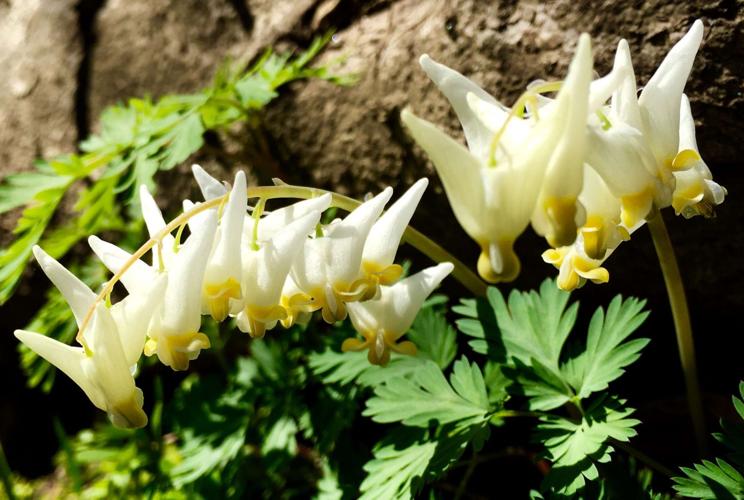 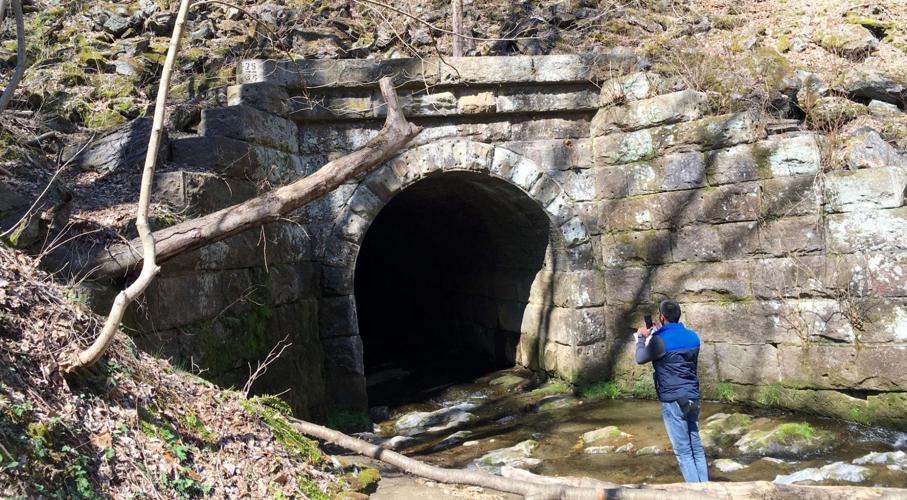 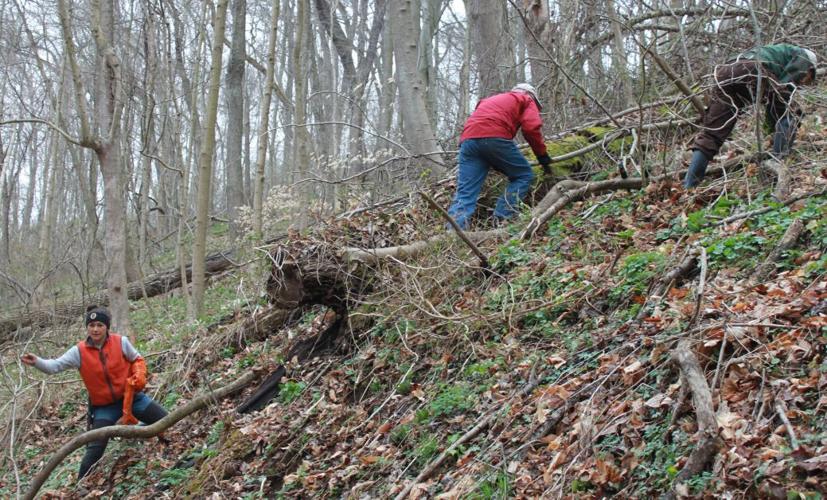 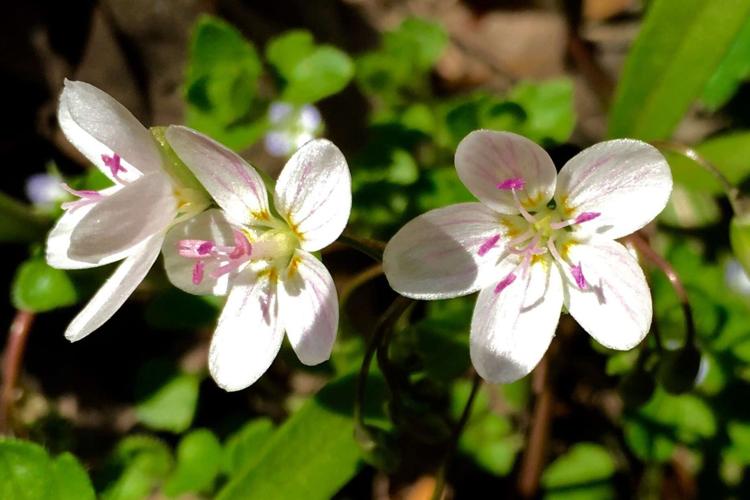 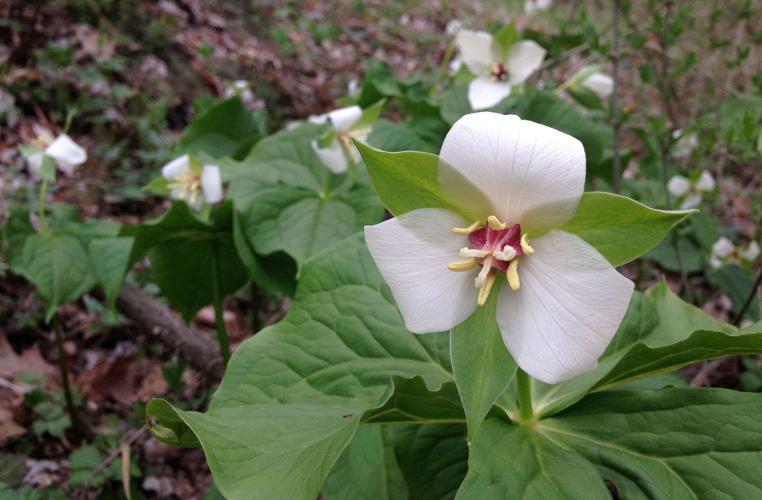 What’s blooming and what’s coming up in the coming weeks at public parks and gardens?

Nothing lifts the curtain on the splendor of spring like a traipse through a particular glen in the river hills of Conestoga Township.

Shenks Ferry Wildflower Preserve has become a draw for wildflower lovers up and down the East Coast. And going there has become a spring ritual for many locals hungry, after a long winter, for a profusion of color springing from the earth.

From tiny hepatica to showy clumps of Virginia bluebells, some 70 species of wildflowers have been identified in the small ravine, barely a half-mile deep from where it meets the Susquehanna River, north of Pequea.

One of the beauties of Shenks Ferry is that the display can vary not just week to week, but day to day. Those in the know will visit several times from March into June.

“It’s pleasurable every time because it’s only one season a year, and it’s the sheer number of the flowers that makes it an impressive display,” says Joan King, who lives about 5 miles from Shenks Ferry and has studied its wildflowers for 30 years.

She recently published a book, “Ripe Seed Recorded,” about when wildflower seeds ripen for those who grow local native plants and want to preserve the integrity of local wildflowers.

“It’s very soothing to be there,” adds Lydia Martin, director of education for the Lancaster County Conservancy.

King said Shenks Ferry usually gets its peak visitors when the white trilliums are in full bloom, usually around the third week of April. But those stopping by in early May are likely to be rewarded with glimpses of false Soloman’s seal and aromatic wood phlox.

Shenks Ferry’s ivory-white trilliums are somewhat unique, and botanists are still trying to determine what they are — probably a hybrid of two kinds of trilliums.

Others prefer the full bloom of Virginia bluebells, when the clumps of bell-shaped blue flowers seem to take over entire hillsides. This spring, that looks like the second week of April.

Looking for a rare gem? Try to spot putty root, in the orchid family, which blooms in June.

Why is Shenks Ferry such a botanist’s dream, anyway? Other ravines in the River Hills look the same but don’t have the plethora of wildflowers.

According to King, it’s because Shenks Ferry is a rare geologic finger of limestone jutting to the river. Other ravines up and down the river have more acidic soil.

Shenks Ferry was managed for many years by PPL. Since 2014, Lancaster County Conservancy has owned and managed the approximately 70-acre site for the public. Additional tracts of land are expected to be added in the future.

Conservancy ownership bodes well because even as heralded as it is, Shenks Ferry is a fragile place with a perennial set of threats.

Off-road dirt bikes and all-terrain vehicles rip through the flowers. People dig up wildflowers. Trees can grow up and shade the wildflowers. Invasive plants threaten to take hold and choke out the native plants. Acts of vandalism are an unfortunate fact of life in this remote area.

The first route for the proposed Atlantic Sunrise natural gas pipeline would have followed an existing power line right through the heart of the preserve. The conservancy successfully intervened and got pipeline builder Williams to move the routing, though it would still be within a half-mile of the preserve.

Conservancy officials aim to be a good steward of the special place.

“Shenks Ferry is a Lancaster County Natural Heritage Site,” says Brandon Tennis, the conservancy’s director of stewardship. “The conservancy’s management priorities for the preserve include protecting the diversity of the flora, ensuring safe access, addressing erosion and improving interpretation.”

The conservancy, with the aid of volunteer land stewards, has already held work days in the preserve to rip out invasives and cut down emerging trees. On Friday, the kiosk at the trailhead was to receive maps, photos of wildflowers found in the preserve, and rules and regulations.

The deplorable condition of the dirt Green Hill Road topped the agenda. The township will be grading the road and adding gravel in the weeks ahead.

The road has been used as a mud bog playground for four-wheel-drive vehicles and is currently all but impassable to all but all-wheel-drive vehicles. Until the improvements are made, you may want to park farther up Green Hill Road by the Enola Low Grade Trail overpass and walk to the trailhead. Park on the side of the road only where there is no vegetation growing.

Another possibility is to climb onto the rail-trail at the overpass and walk south to where the preserve begins, where Grubb Run passes under the trail. Walk through the preserve and loop back to your car on Green Hill Road.

To drive to Shenks Ferry from Lancaster, take New Danville Pike to Conestoga. Veer left onto River Corner Road. At the intersection with River Road, continue straight onto Shenks Ferry Road. At the intersection with Green Hill Road, take a left. Green Hill then quickly makes a hard right as it approaches the Susquehanna. Park along the side of the road. There is a spot for up to four vehicles at the trailhead, but they often are full.

The half-mile dirt trail through the preserve is flat and follows what used to be a narrow-gauge rail line back to an iron mine. It is up and back. This is the only designated trail. Please stay off other informal trails, including one that veers to the left near a power line cut.

Martin recommends carpooling to the preserve or visiting during weekdays to avoid the weekend crush.