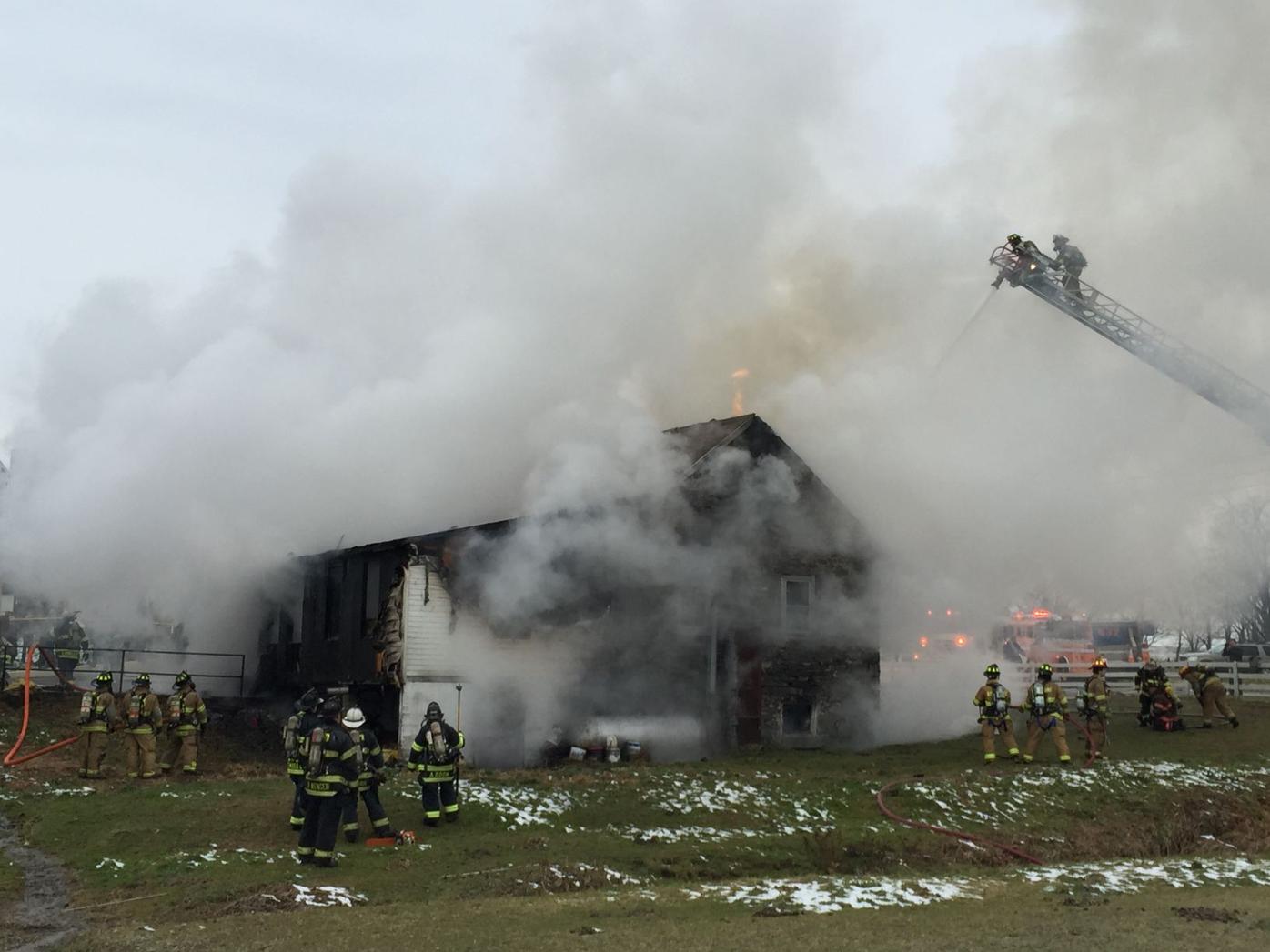 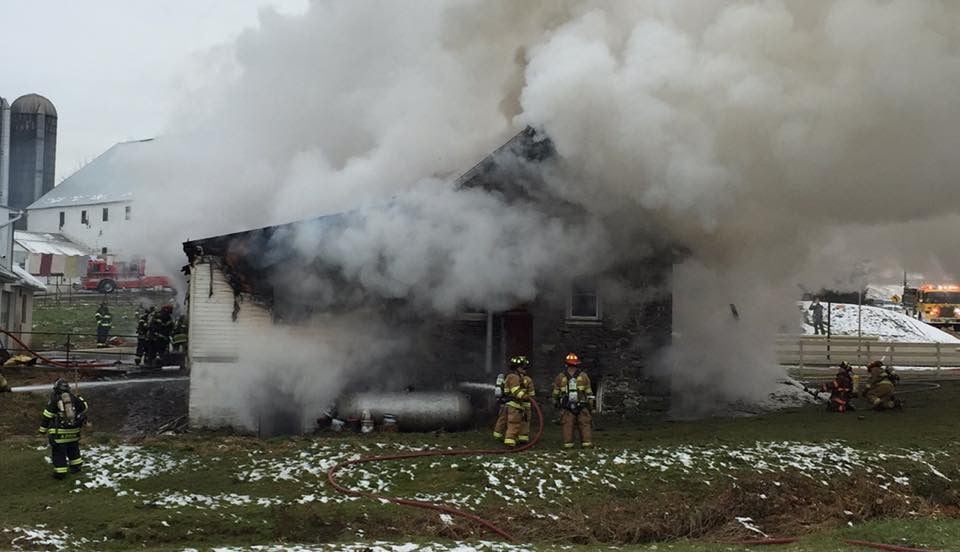 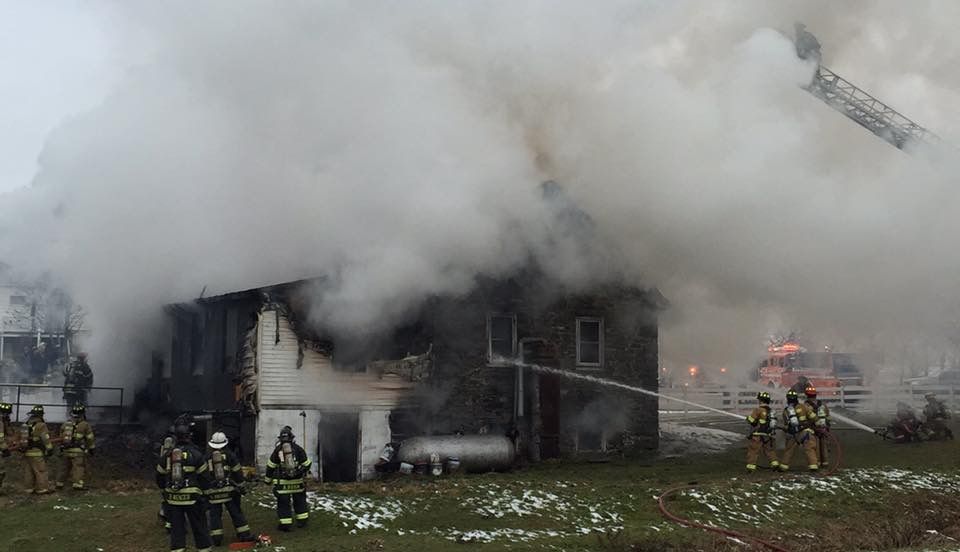 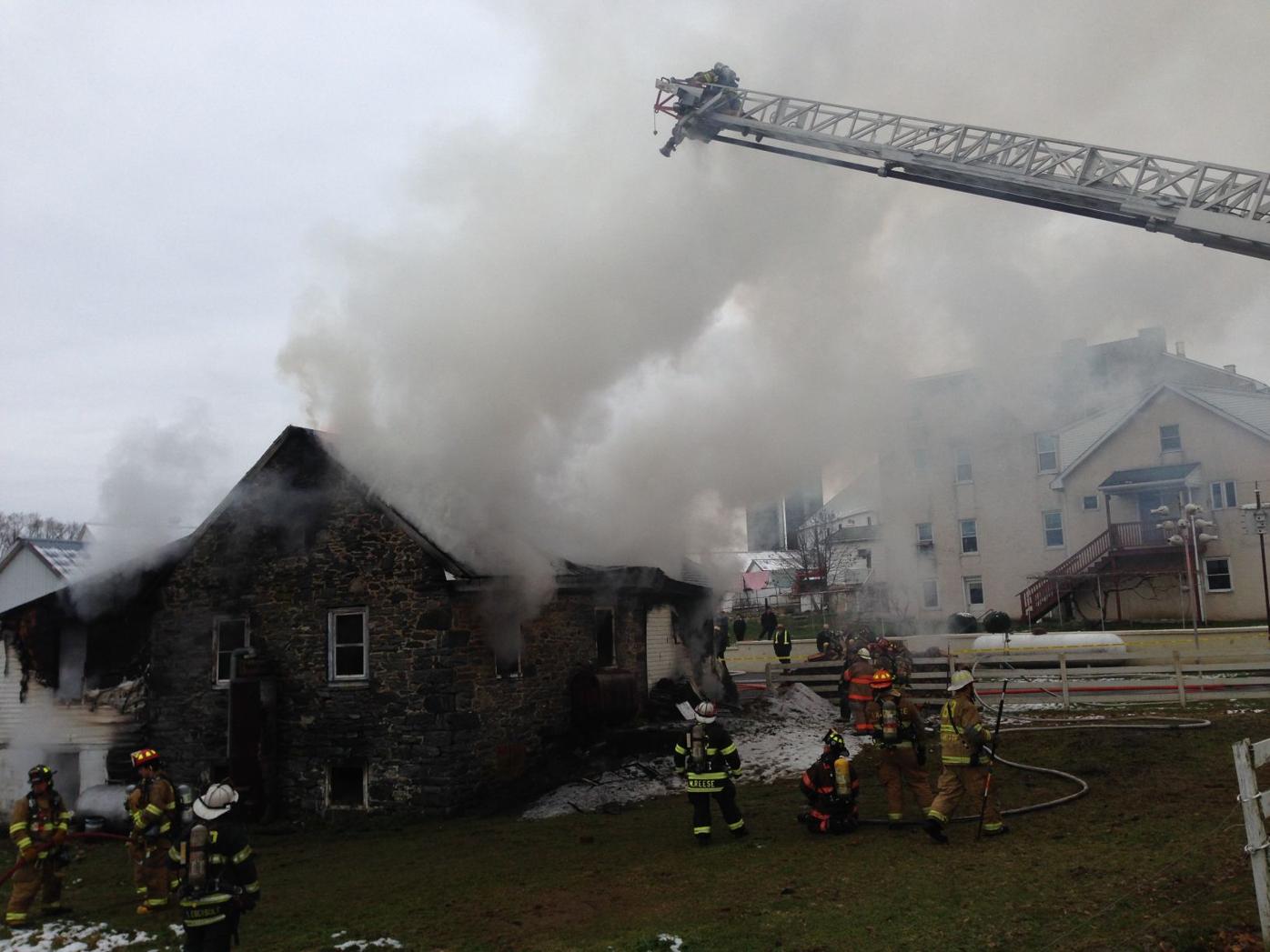 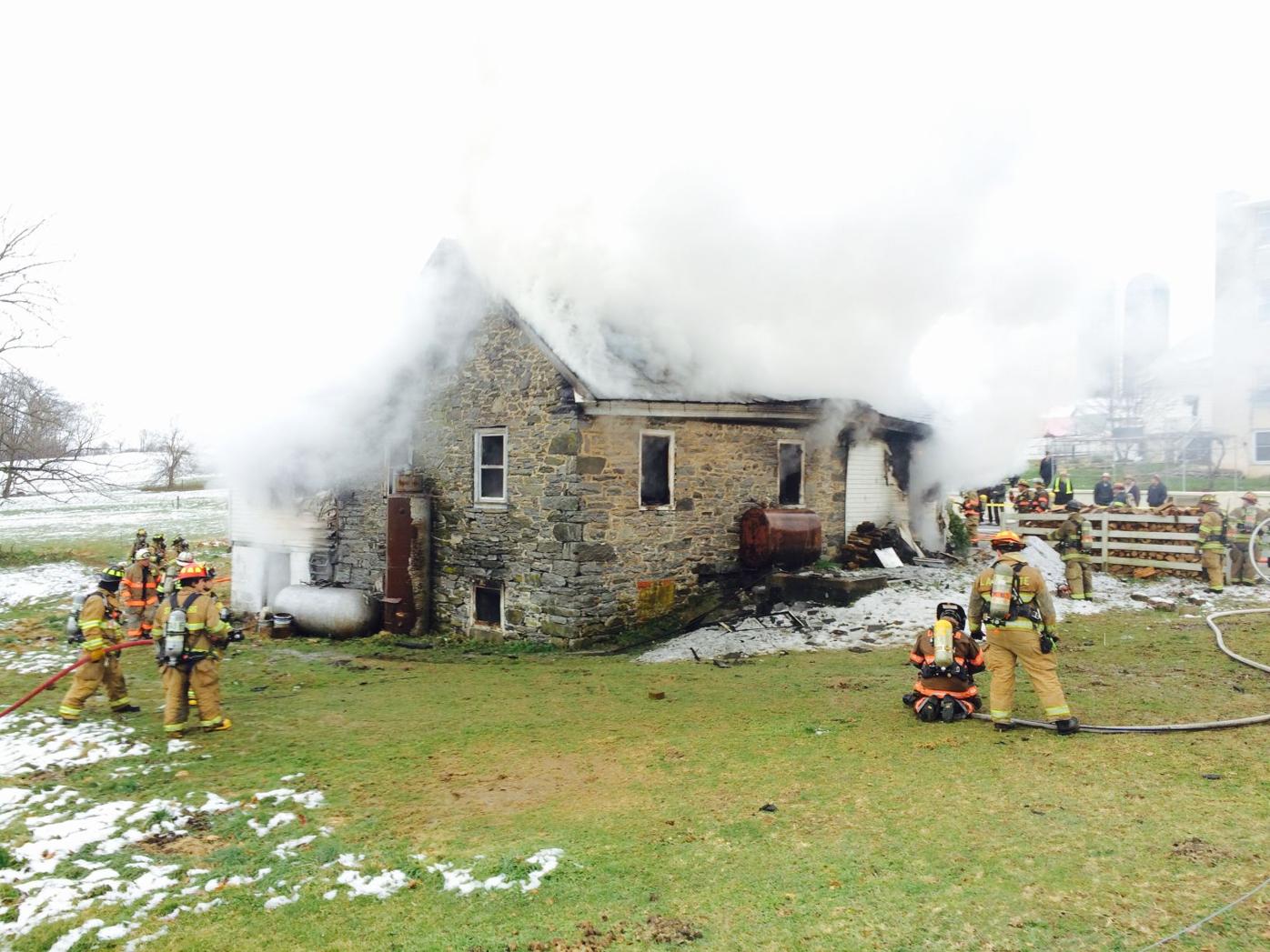 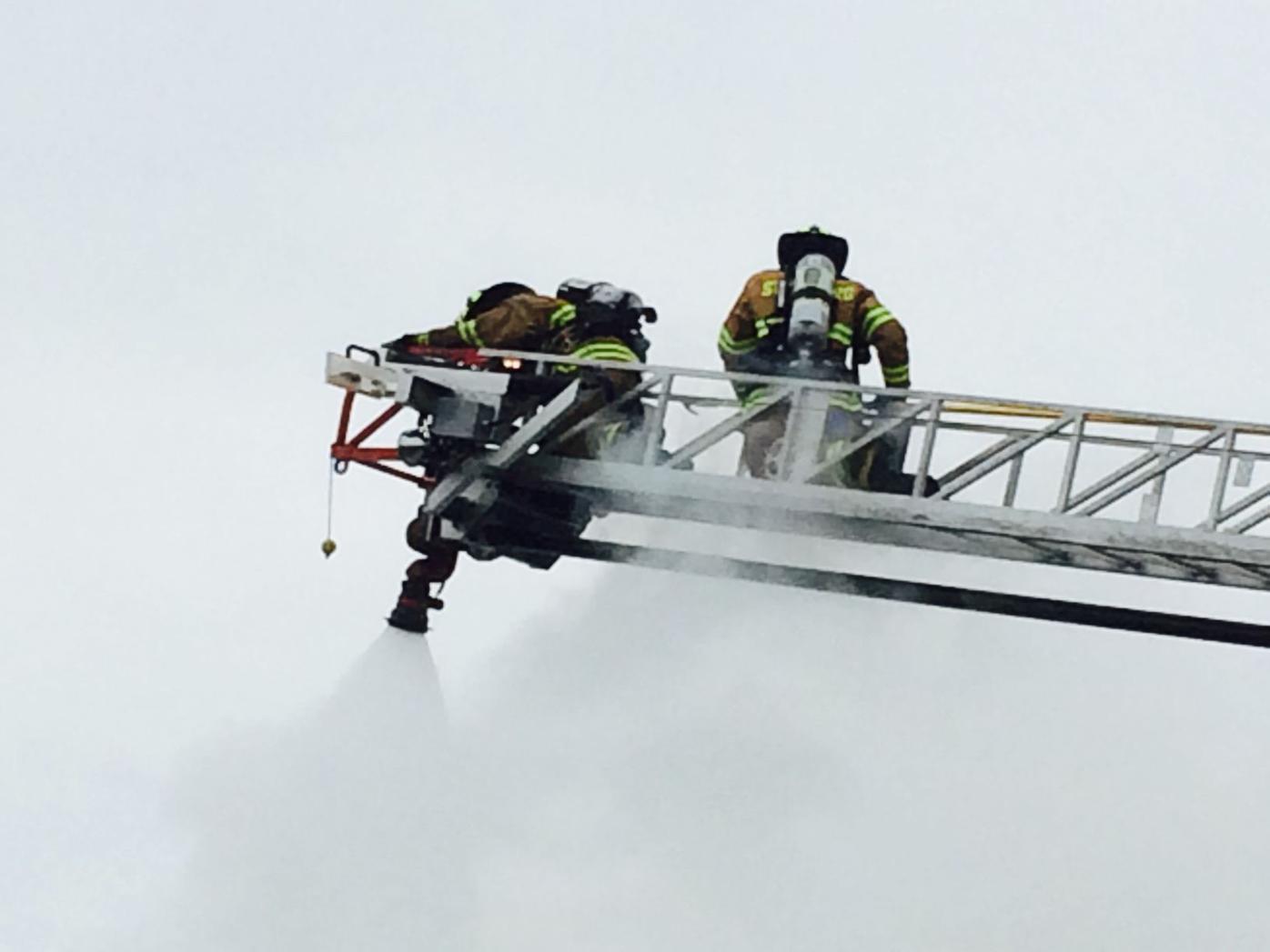 The fire was reported about 9:10 a.m. at a barn on the Fisher property at 2052 Spring Hollow Road, just north of Strasburg.

Smoke was reportedly visible for miles and first-responders encountered heavy flames upon arrival, according to emergency dispatches.

It took about an hour for the fire to be brought under control.

No injuries were reported.

The structure, located near the house, was used as a furniture shop.

At 9:32 a.m., an evacuation alarm sounded ordering all firefighters out of the building.

The roof collapsed, so firefighters battled the flames from the exterior.

Crews reporting the bulk of the flames were out by 10:18 a.m.

Water supply was an issue as firefighters called numerous tanker trucks to the scene.

A cause is under investigation.

The barn is on an Amish property about a half-mile northwest of Strasburg.