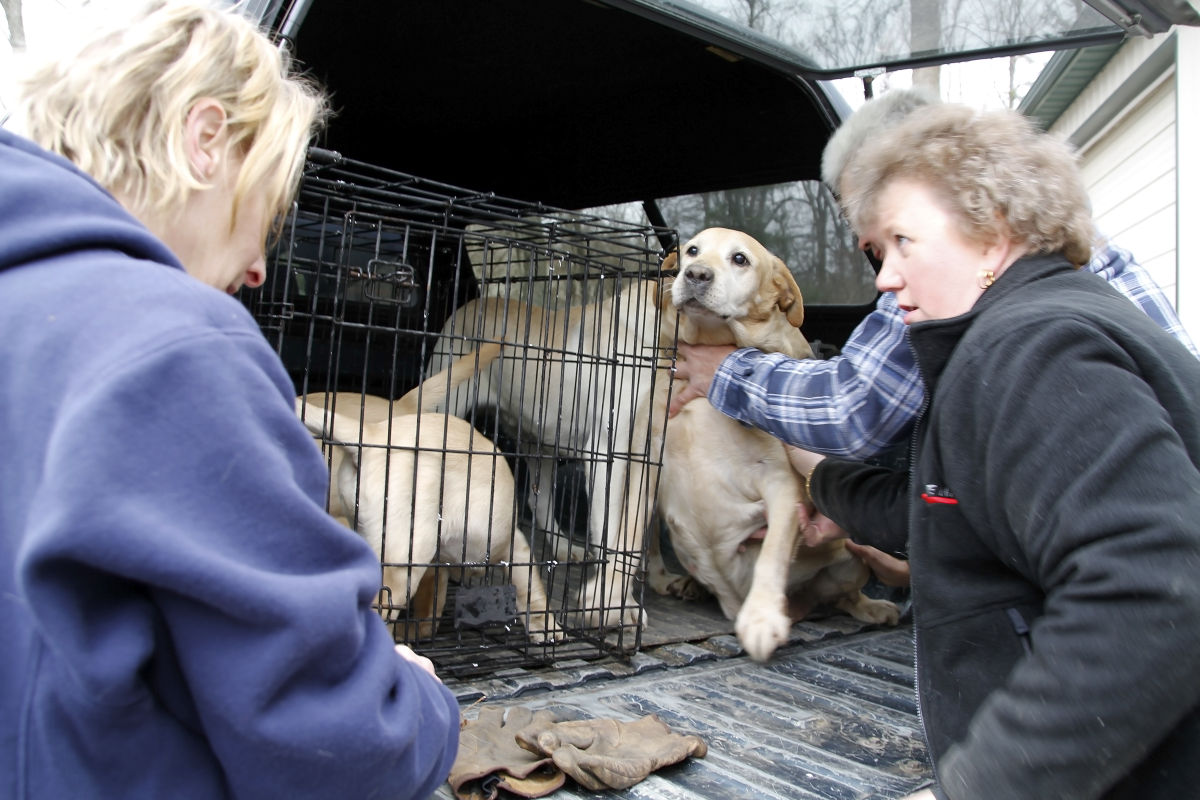 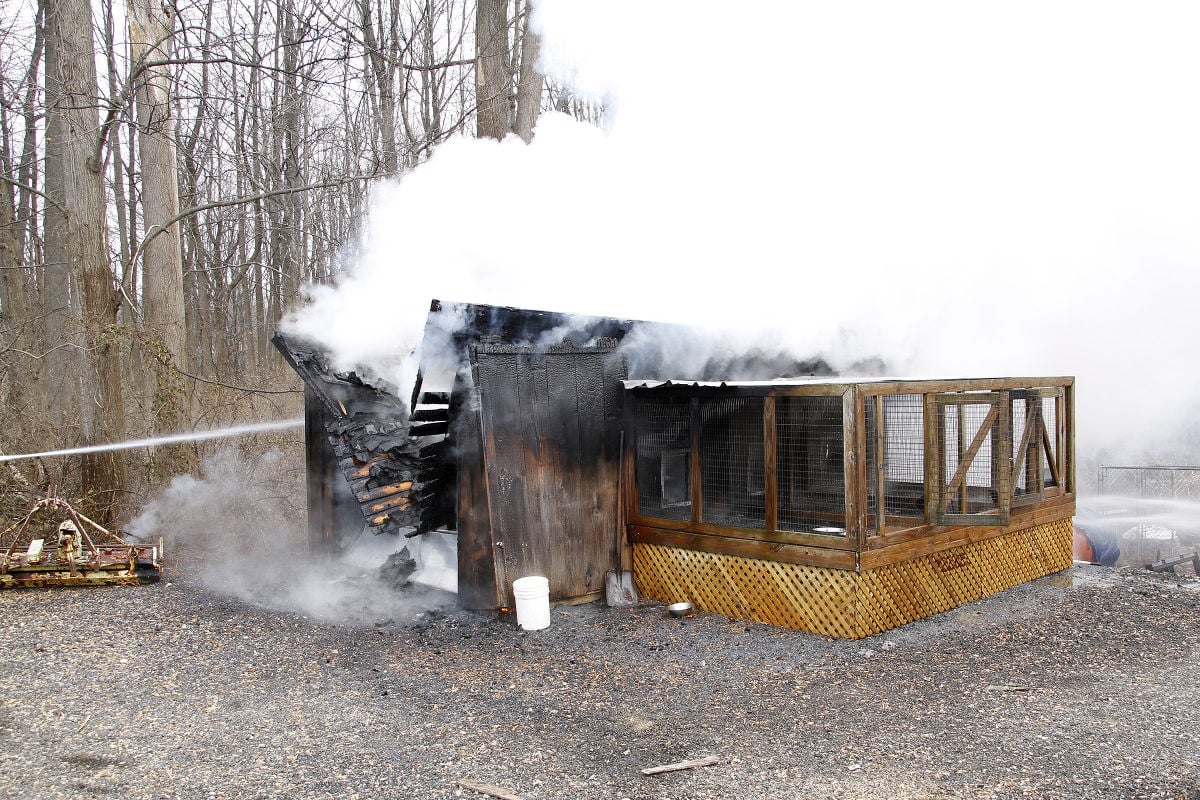 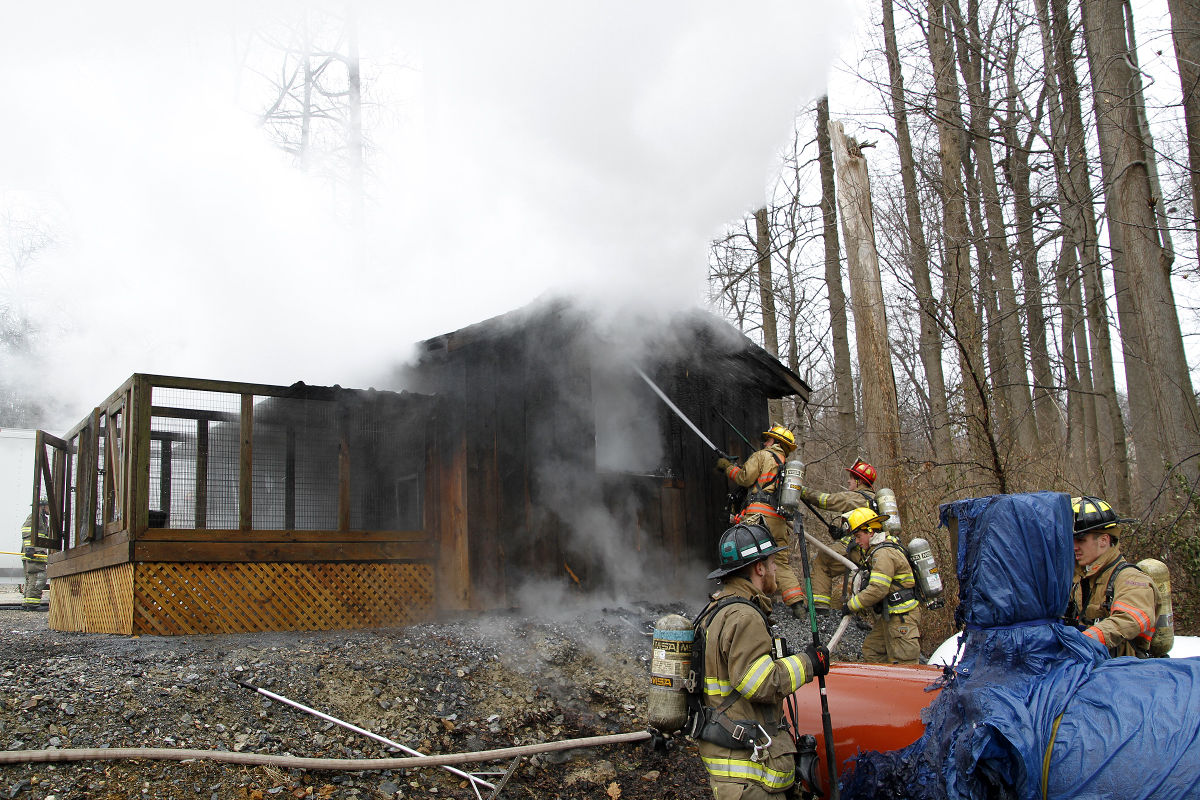 Crews work at a kennel fire Sunday in Salisbury Township.

Crews work at a kennel fire Sunday in Salisbury Township.

Five dogs were rescued from a burning kennel by a local fire chief and his wife who came upon the blaze on their way home from church Sunday.

White Horse fire Chief Rodney Gossert was heading home with his wife, Amy, around 12:15 p.m. when they spotted smoke in the distance.

As the two continued to drive, they saw that the smoke was coming from behind a home at 589 Springville Road, then saw that a shed with an attached kennel was on fire.

Flames had already begun to extend into the kennel, where the dogs were up against the front of the pen, he said.

"As soon as my wife opened the door they all ran out except an older one but we managed to her out. She just needed some help," Gossert said.

Apparently, just in time. The chief said flames were right next to them as they worked to retrieve the last dog.

"We probably shouldn't have been there by that point," he said.

Gossert said the older dog may have inhaled some smoke but was OK.

The dogs, three adults and two puppies, were rounded up until a relative came to retrieve them. Gossert said the residents had been in Virginia but were heading back Sunday night.

The chief said the fire was under control in about 15 minutes.

Gossert said the blaze was sparked by a heat lamp that was left on for the dogs.