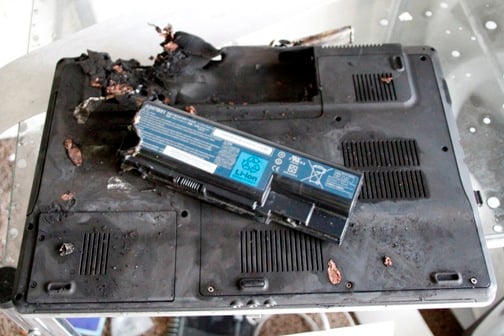 Pictured is the laptop that exploded Sunday. 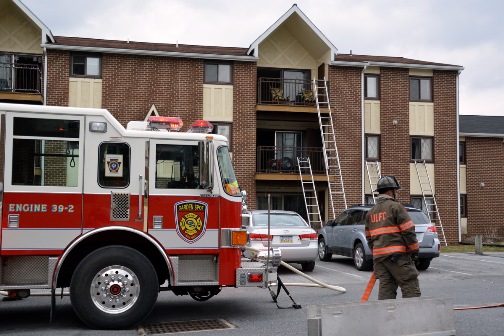 Crews work at the scene of an apartment fire Sunday in New Holland. 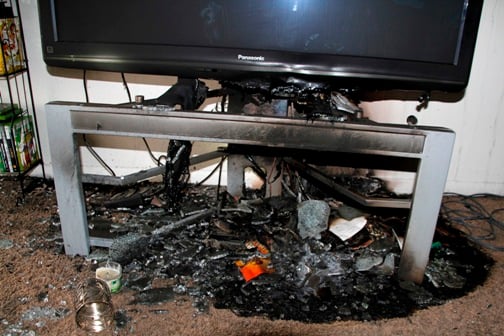 The laptop was sitting in this area when it exploded.

Pictured is the laptop that exploded Sunday.

Crews work at the scene of an apartment fire Sunday in New Holland.

The laptop was sitting in this area when it exploded.

An exploding battery in a laptop computer sparked a two-alarm fire at an apartment complex Sunday in New Holland.

Crews arrived at 53 Ashlea Gardens within four minutes of the dispatch time and quickly gained control of the blaze, according to Garden Spot Fire Rescue Chief Larry Martin.

Martin said the explosion set off three separate fires in the living room of the second-floor unit.

He said fire damage was confined to that room but that the entire apartment was heavily damaged by smoke.

He said there was no extension into neighboring units and that all residents were able to return to their homes.

Two young women who live in the affected apartment will be staying with relatives, according to the chief. They weren't home when the fire broke out.

Martin said firefighters rescued a cat from a bedroom. He said the animal inhaled some smoke, was treated at the scene and is OK.

About 100 firefighters from 10 area departments responded to the blaze.

Jennifer Todd is a Lancaster Newspapers police reporter. She can be reached atÂ jtodd@lnpnews.comÂ or (717) 481-6136. You can also followÂ @JenniferLToddÂ on Twitter.