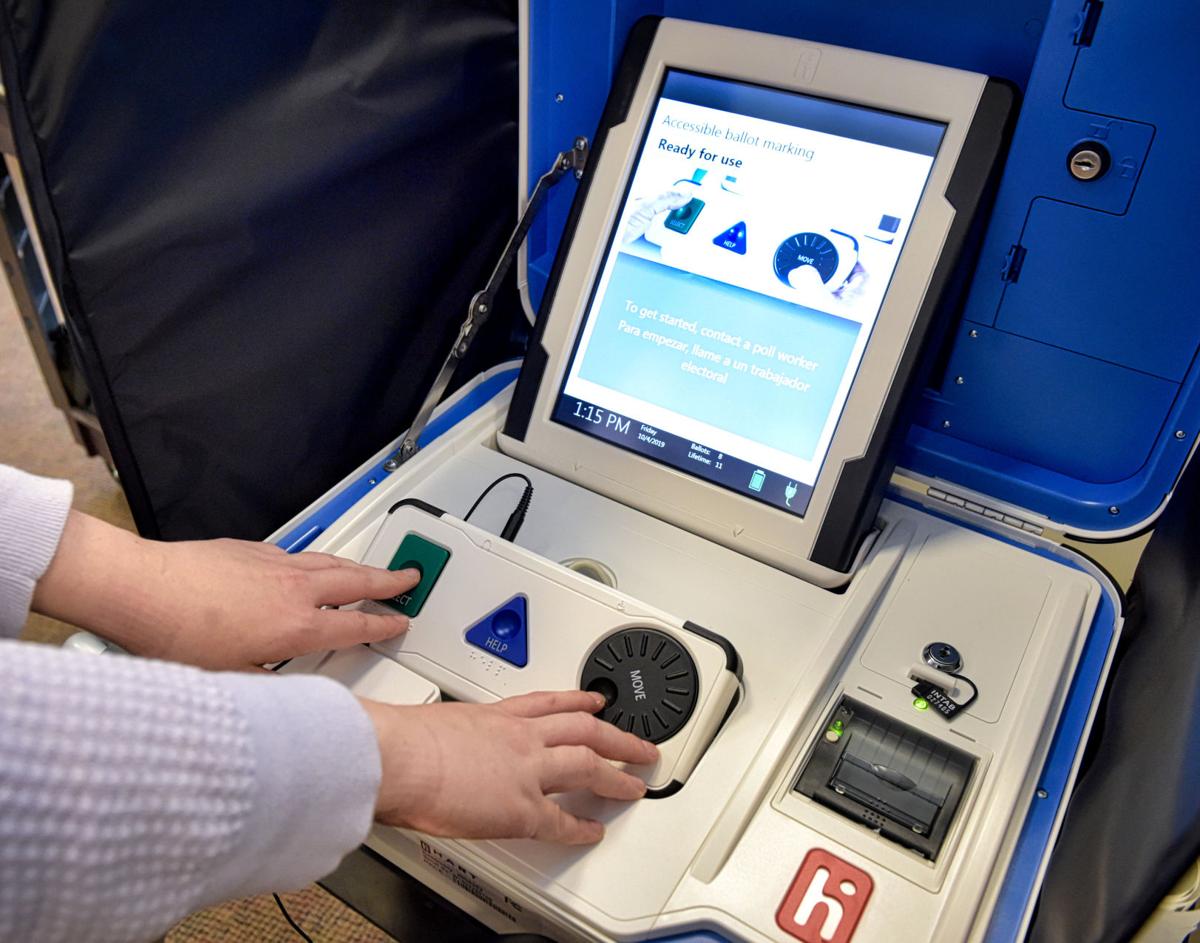 As part of the effort to strengthen election security, Lancaster County voters cast their ballots on new voting machines.

Some voters across Lancaster County are having trouble scanning their ballots, due to barcode errors when they attempt to scan, said Randall Wenger, the county's chief clerk and registrar for the county Board of Elections.

If the ballot is not scanning, the voter should first attempt to flip it upside down and try to scan it again, Wenger said.

If it still does not scan, the voter should drop their ballot into the emergency ballot box, he added.

"The count will be added into the total once we are able to get it to scan on a different scanner," Wenger said. "There's nothing nefarious about putting the ballot in the emergency ballot box."

This ballot scanning issue is "scattered and not countywide," he added.

Chairs from the county Democratic and Republican parties said they've received reports from voters that they are having a hard time scanning their ballots and have to submit them to the emergency ballot box to later be counted.

This is the second election using the county's new voting system with a voter-verifiable paper record for all votes, after Gov. Tom Wolf in 2018 mandated all counties update their voting machines to heed the warnings of federal authorities that Russian hackers targeted Pennsylvania.

Of the 50 voters who came to Blue Rock Fire Station in Manor Township, only seven or eight of the ballots scanned properly, poll workers said. The rest of the ballots will be filed as emergency ballots and scanned later.

Shortly before noon, judge of elections Jim Clymer said only seven of about 110 ballots scanned successfully. Ballots that failed were stored in an emergency box and later shipped to the county for counting. Clymer said there was “no rhyme or reason” for the scanning issues.

Republican voters Sandra and Jim Robertson, both 62 from Manor Township, said it took several tries to successfully scan their ballots. They called the scanner problems “disconcerting.”

“I’m hoping there’s no cheating in there,” Sandra Robertson said.

Ethan Demme, a Republican committeeman in East Lampeter Township, said when polls opened at 7 a.m., some of the ballots were not scanning. When Demme went to scan his ballot, it at first did not scan. When he flipped it upside-down, it scanned. He called the scanning machines "finicky."

The Lancaster County Board of Elections is working to identify what is causing the issue, Wenger added.

Today is Pennsylvania's rescheduled presidential primary election, which was postponed from its original date April 28 due to the coronavirus pandemic. Today's primary is underway despite Lancaster County still being under Wolf's stay-at-home order until Friday, when the county will officially move to the "yellow" stage of Wolf's reopening plan (although county elected officials moved the county to "yellow" without Wolf's approval on May 15).

This is also the first election with extended vote-by-mail options, with more than 48,938 mail ballots returned to the Lancaster County Board of Elections as of Monday afternoon.

A Halifax woman and her boyfriend are charged with several felonies after an investigation found that they stole more than $100,000 from the w…

With in-person balloting counted in a majority of Lancaster County precincts Tuesday night and more than 50,000 mail-in votes remaining to be …

Scores of frontline workers stepped up to serve during Tuesday’s primary election – and during a pandemic.