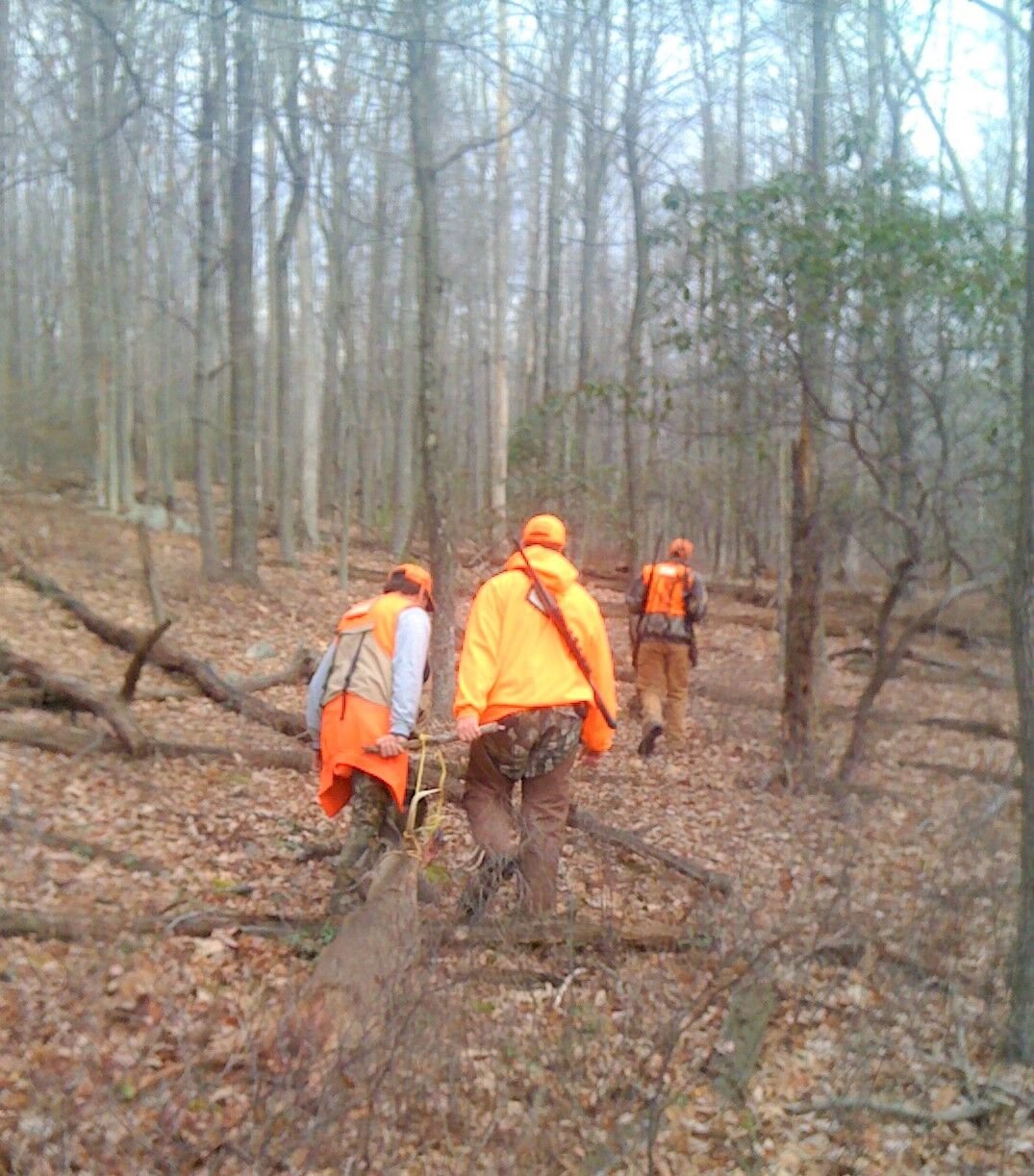 Hunters from a Huntingdon County camp drag out a deer after a successful drive during the 2019 hunting season. 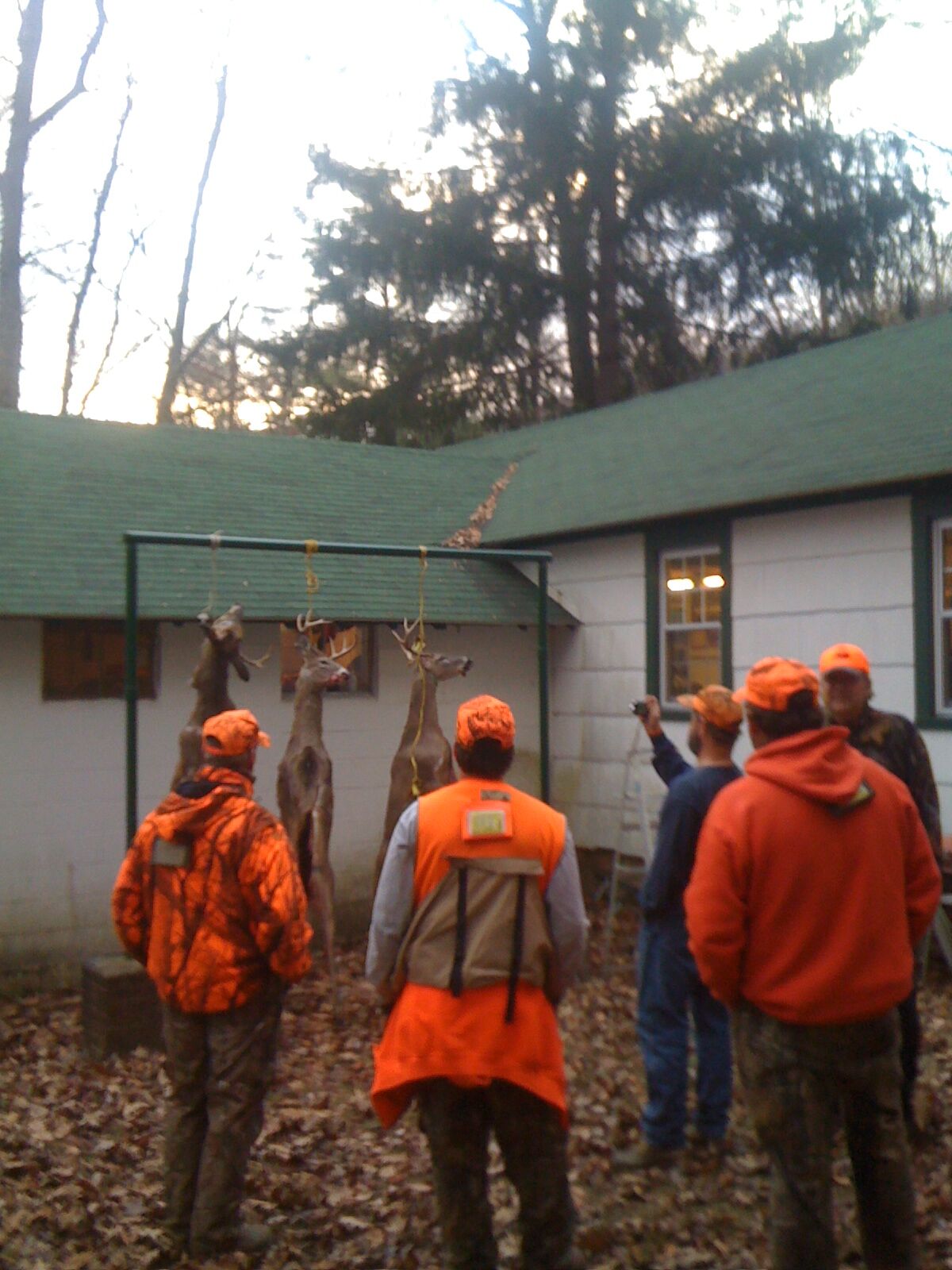 This deer camp in Huntingdon County, shown during last year's hunting season, didn’t have a full camp this year for the first time in 98 years.

Hunters from a Huntingdon County camp drag out a deer after a successful drive during the 2019 hunting season.

This deer camp in Huntingdon County, shown during last year's hunting season, didn’t have a full camp this year for the first time in 98 years.

For only the fourth time in 51 years, Bill Libhart, of Marietta, didn’t make it to deer camp in Potter County for the opening of another gun season, which began Saturday.

The reason: concerns about being infected with COVID-19.

“Not hunting just breaks my heart,” says the 66-year-old Libhart. “All those years of tradition are kind of just blown apart a little bit. I’ll miss the camaraderie more than anything.”

His son and brother also did not go. Another family, whose son tested positive for COVID-19 several weeks ago, did go hunting at the camp founded by Libhart’s father and best friend near Cross Fork in the 1950s.

The Libharts’ decision to forego a cherished tradition is shared with sadness by other hunters throughout Pennsylvania who report reduced or canceled camps this season.

“I have some very serious concerns with the upcoming deer season and the influx of hunters from counties and states with much higher infection rates than my area, especially with the social aspect of deer camp and the tendency for local bar and restaurant attendance to rise,” said a Potter County hunter. “I will not be going out anywhere during deer or bear season for the safety of myself and my family.”

A camp in Rothrock State Forest in Huntingdon County will not hold a formal deer camp with organized deer drives in the mountains for the first time in 98 years.

A handful of the club’s 17 members still went, including Bill Ondriezek Jr., 49, of Armstrong County. “I understand it but I don’t like being the group that’s ending a 98-year tradition,” he said.

“We’re trusting that if anybody is not feeling well they will stay home. I’d be lying if I said there aren’t reservations. But at the same time, we can’t all live in our houses forever. At some point we have to live.”

Other members of Pennsylvania’s deer fraternity went to camp with little fear of a virus they think is overblown or an outright hoax.

“Why change anything? If people are scared, they should stay home. I choose to live in faith over fear,” said Justin Brenneman, a Lancaster hunter. “Just go hunting. Fresh air, mountains and quiet. Leave the COVID crap and one-sided political bull crap out of the paper. Let the truth prevail.”

Said another hunter, “Did you have these fears when someone came to camp with a cold in the past? Turn off your TV and do some research, oh ye recipients of the world’s all-time scam.”

That thread came to a crashing halt on an internet hunting forum when a hunter from Luzerne County posted this: “I will be at my cabin Friday night before the opener. ALONE! Two other hunters won’t be coming. They are both DEAD from this God-awful virus. Don’t tell me it’s a scam.”

Deer camps have always been a melting pot. Family members and friends, sometimes scattered from afar, gather for an annual tradition of togetherness, shared meals, stories of past hunts and gone members, and time in the woods.

And because of COVID-19, more deer hunters this year have the time to spend at camp. In contrast to a steady decline in hunting licenses in recent years, sales are up nearly 5 percent this year, the Pennsylvania Game Commission reports.

While restaurants, bars, movie theaters and sporting events are under restrictions to keep masses of people from gathering, the Game Commission has chosen not to address deer camps as possible spreading events.

“Throughout the pandemic, the Game Commission has encouraged Pennsylvanians to follow all guidelines established by the state Department of Health,” said spokesman Travis Lau. On its website, the agency says it has no plans to suspend any hunting regulations or seasons.

Some hunters who chose to go to deer camp said it would be different this year. “Family and friends only. No bar hopping or visiting other camps this year,” wrote one hunter.

Wearing masks around each other also is being practiced in some camps.

For some, the pull of deer camp overpowered misgivings.

“The mountains call me up there every year,” said Ondriezek. “My year wouldn’t be complete without stumbling over the rocks in the mountains, I guess.

“You just wonder what the oldtimers up there are thinking. Are they scratching their heads or saying this is the right move?”

Lancaster County has officially reported 500 deaths related to COVID-19, according to data from the Pennsylvania Department of Health.

With the remarkable comeback of the bald eagle nationwide in the last couple of decades, few Lancaster County residents have not seen the maje…

Cynthia Krom is a fan of the outdoors. Her favorite pastimes are hiking and biking, kayaking and skiing.