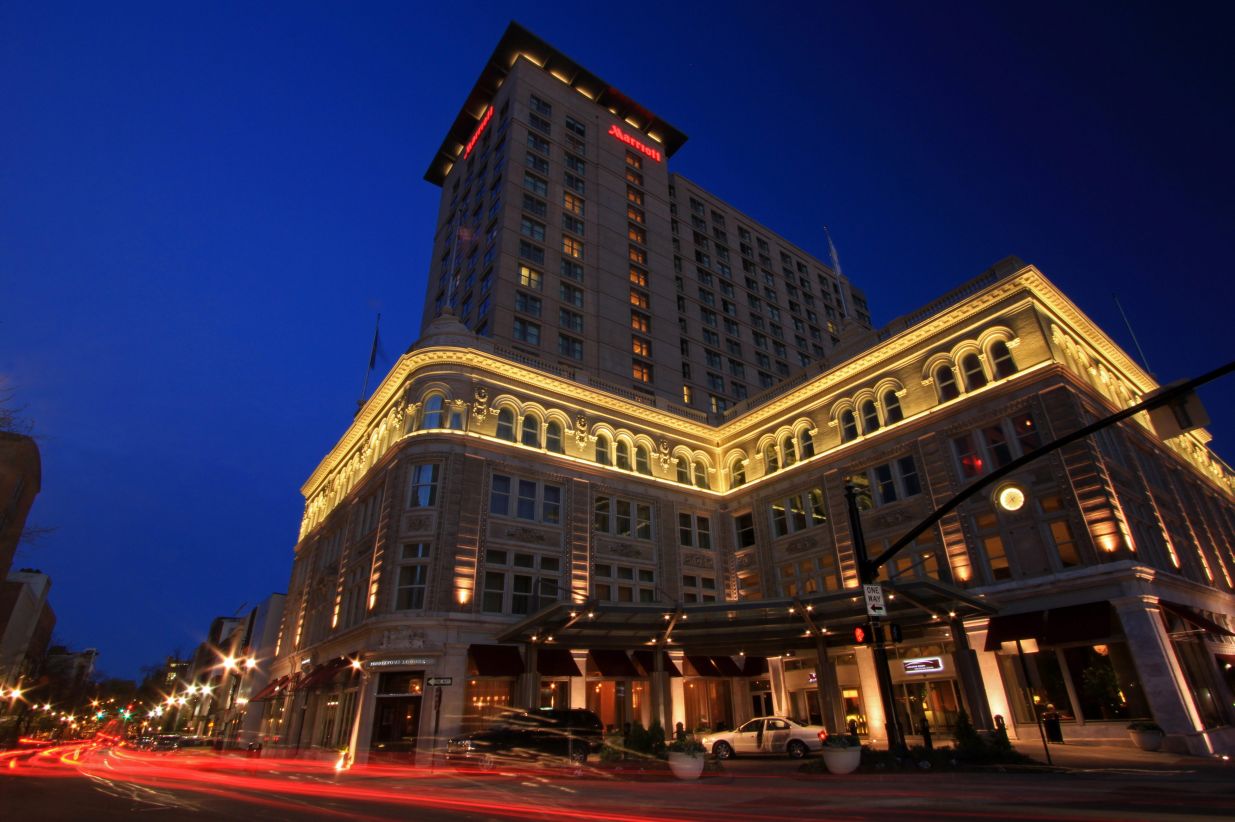 The Lancaster Marriott at Penn Square, its tower shown above, and the Lancaster County Convention Center, light up the night. 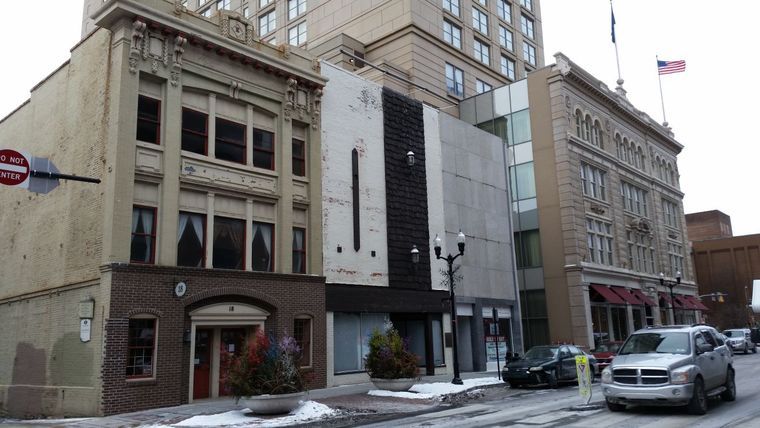 This photo shows the three buildings along East King Street that would be razed to make way for an expansion of the Lancaster Marriott at Penn Square, shown at right. 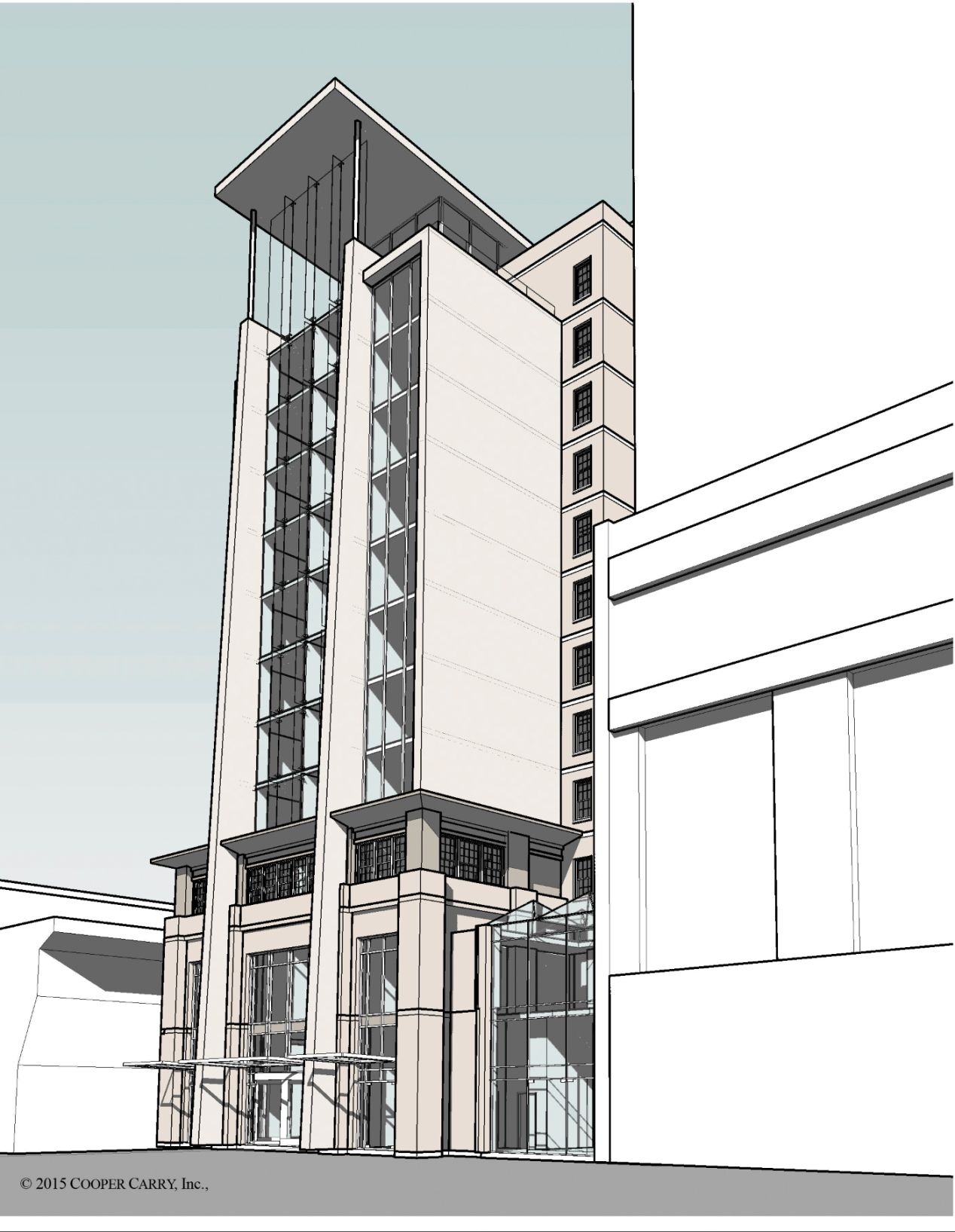 This rendering shows the proposed 12-story, 96-room annex to the Lancaster Marriott at Penn Square. 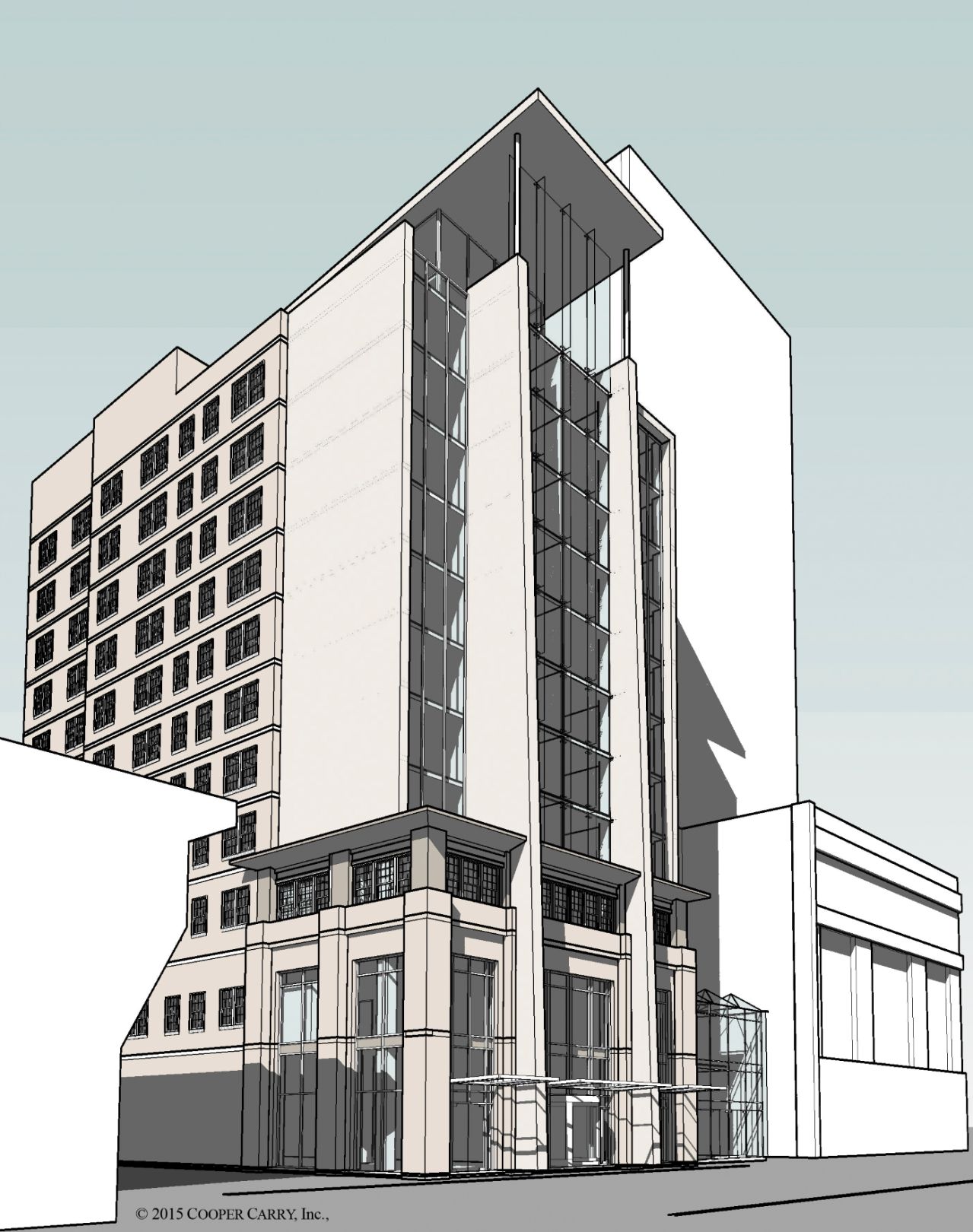 This rendering shows another view of the proposed 12-story, 96-room addition on East King Street to the Lancaster Marriott at Penn Square.

The Lancaster Marriott at Penn Square, its tower shown above, and the Lancaster County Convention Center, light up the night.

This photo shows the three buildings along East King Street that would be razed to make way for an expansion of the Lancaster Marriott at Penn Square, shown at right.

This rendering shows the proposed 12-story, 96-room annex to the Lancaster Marriott at Penn Square.

This rendering shows another view of the proposed 12-story, 96-room addition on East King Street to the Lancaster Marriott at Penn Square.

The math is simple.

And right now, despite 299 rooms in the adjoining Lancaster Marriott at Penn Square, plus 134 more at The Hotel Lancaster two blocks away, research studies show that downtown is coming up short.

But a new proposal by the Marriott’s owner would make the convention center more appealing to the organizers of these big events.

Penn Square Partners announced Friday it wants to expand the almost six-year-old Lancaster Marriott to the east, constructing a 12-story addition with 96 rooms.

Costing $23 million to $25 million, the project would include first-floor retail space and a rooftop lounge and bar.

The 68,100-square-foot addition would be constructed in the first half-block of East King Street, between Penn Square and South Christian Street.

The half-block consists of three modest-sized buildings — two of them vacant — which would be razed for the addition.

This annex to the Marriott would be owned by the city Redevelopment Authority and leased to Penn Square Partners, a private company that owns the Marriott franchise.

That’s the same arrangement that the city Redevelopment Authority and Penn Square Partners have at the existing Marriott.

“We’re proposing this to address the lack of convention-quality hotel rooms within walking distance of the convention center that’s been identified by two independent studies. ...

“We looked at it and said, ok, if this is a shortcoming that’s preventing the convention center from being as successful as it could be, maybe we can help address that.”

Depending on how quickly various approvals are secured for the project, construction could start as soon as late 2015. That would put the annex on track for a mid 2017 opening.

Randall Horst, chairman of the city Redevelopment Authority, said in a prepared statement that the new Marriott rooms, coupled with a Hotel Lancaster plan to add rooms, “would serve as a significant boost to the continued success of the city of Lancaster.”

Since the annex would be in the City Revitalization and Improvement Zone (CRIZ), where state taxes can be tapped for redevelopment, Penn Square Partners would pursue a CRIZ grant for the expansion.

The amount to be sought remains to be determined.

State Sen. Lloyd Smucker, whose district includes Lancaster city and who sponsored the legislation creating the CRIZ, said in a prepared statement that the program “was made for exactly this kind of project.”

The catalyst for the Marriott expansion is a pair of independent studies that found downtown, with 433 convention-quality hotel rooms, needs 800 to capture more big-scale conventions.

These studies were a 2012 report by Minneapolis-based consultant Conventions, Sports & Leisure International, mandated by convention-center financier Wells Fargo, and a 2014 report done for the Lancaster City Alliance.

In its 2012 study, Conventions, Sports & Leisure found that the lack of sufficient rooms stopped nine or 10 “Level 1” and “Level 2” conventions that wanted to come to Lancaster from doing so.

“We think this (expansion) will give us the opportunity to capture that business,” said Fitzgerald.

The rewards would be significant, he said.

The Lancaster County Convention Center Authority, which owns the convention center, would see its annual revenue rise by $170,000 due to the arrival of more big conventions.

Downtown merchants would benefit as well from the additional visitors.

The city Redevelopment Authority would come out ahead too, since Penn Square Partners would increase its payments to the authority in lieu of property taxes.

The annex would be constructed where now stand three buildings acquired by a High Real Estate Group affiliate between between 2009 and December 2014 for a combined $1.3 million.

(Penn Square Ltd., an affiliate of LNP Media Group, publisher of LNP and operator of website Lancaster Online, is a limited partner in Penn Square Partners.)

The first of the three to be acquired was 14 E. King St., the vacant Windward Travel office. According to the Historic Preservation Trust of Lancaster County, it was constructed in about 1890 as a store.

The second was 16 E. King St., the vacant Casual Corner clothing store. It was constructed in 1822 as a house and remodeled into a store in 1841, the trust’s records show.

The last, 18 E. King St., is used as law offices. This was constructed as a commercial building in about 1910, according to the trust.

Earlier this month, High told LNP that it had yet to decide what to do with the properties, but said its choice would be “consistent with and complementary to” the Marriott and convention center.

Razing the buildings for future development would eliminate blighted structures that had been deemed “not historically significant,” High said at that time.

Assuming the Marriott expansion plan wins the necessary approvals, High would sell the three properties to the city Redevelopment Authority for a breakeven figure, explained Fitzgerald.

This is the same pricing that High used in selling the existing Marriott site, formerly the location of Watt & Shand department store, to the city Redevelopment Authority years ago.

Fitzgerald said the proposed expansion — a plan that Penn Square Partners formulated in collaboration with other key players — would “build on the success” of the Marriott and convention center to date.

“We want to maximize the positive impact the project has had on the city and county,” he said.

The approvals needed to make the expansion plan a reality are under way, according to Fitzgerald.

The city Redevelopment Authority board voted Thursday to authorize its chairman to execute a letter of intent that would lead to a modification of its agreement with Penn Square Partners to include the annex.

Last week, Fitzgerald made a presentation to the Convention Center Authority that would achieve a similar purpose. The authority is set to vote on the matter Thursday.

The Marriott and the convention center opened in June 2009 at a cost of $177.6 million.