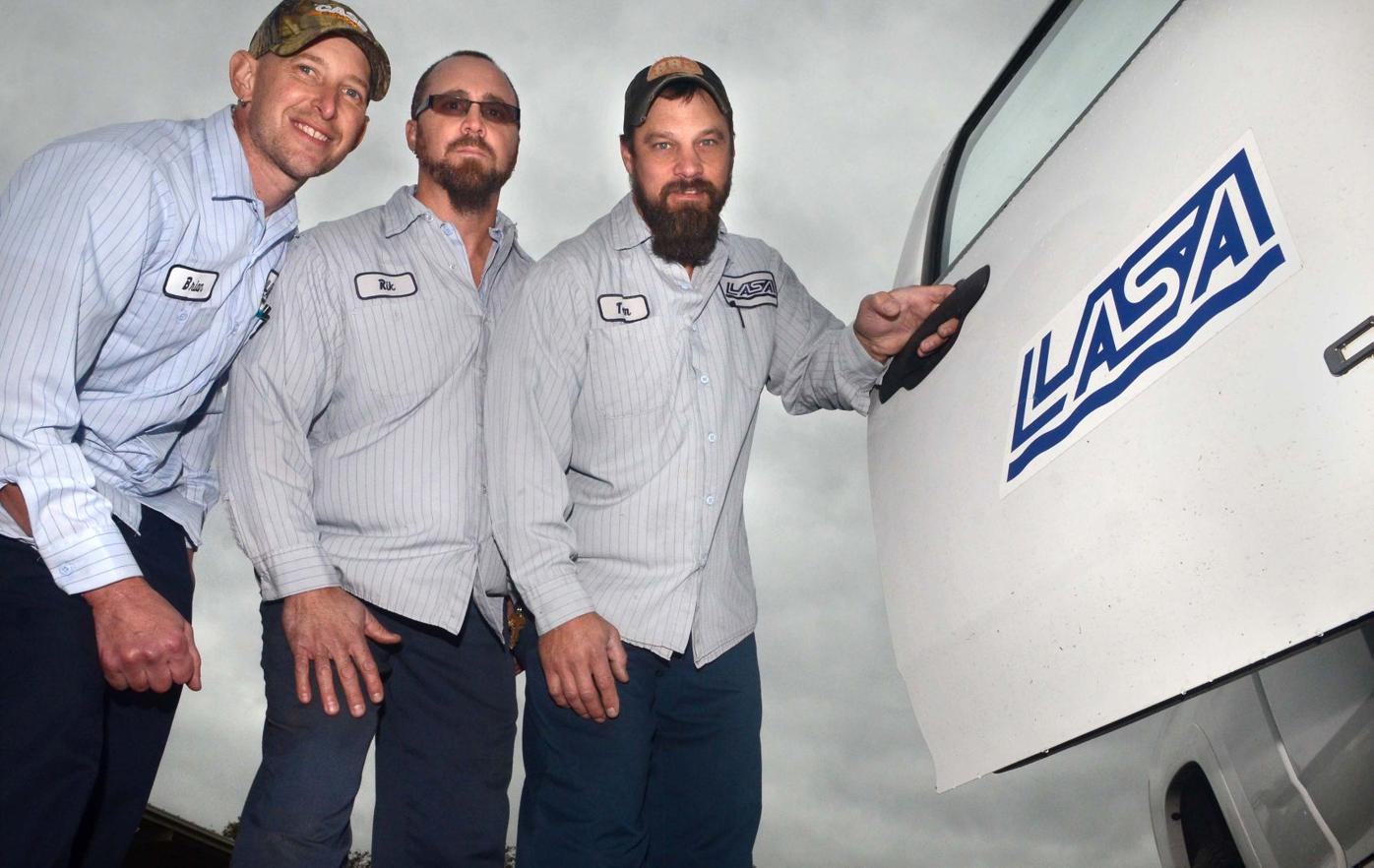 Lancaster Area Sewer Authority workers, from left, Brian Kendig, Rik Pabon and Tom Millhouse fished a lost diamond ring out of a manhole last month, three days after it was flushed down a toilet. 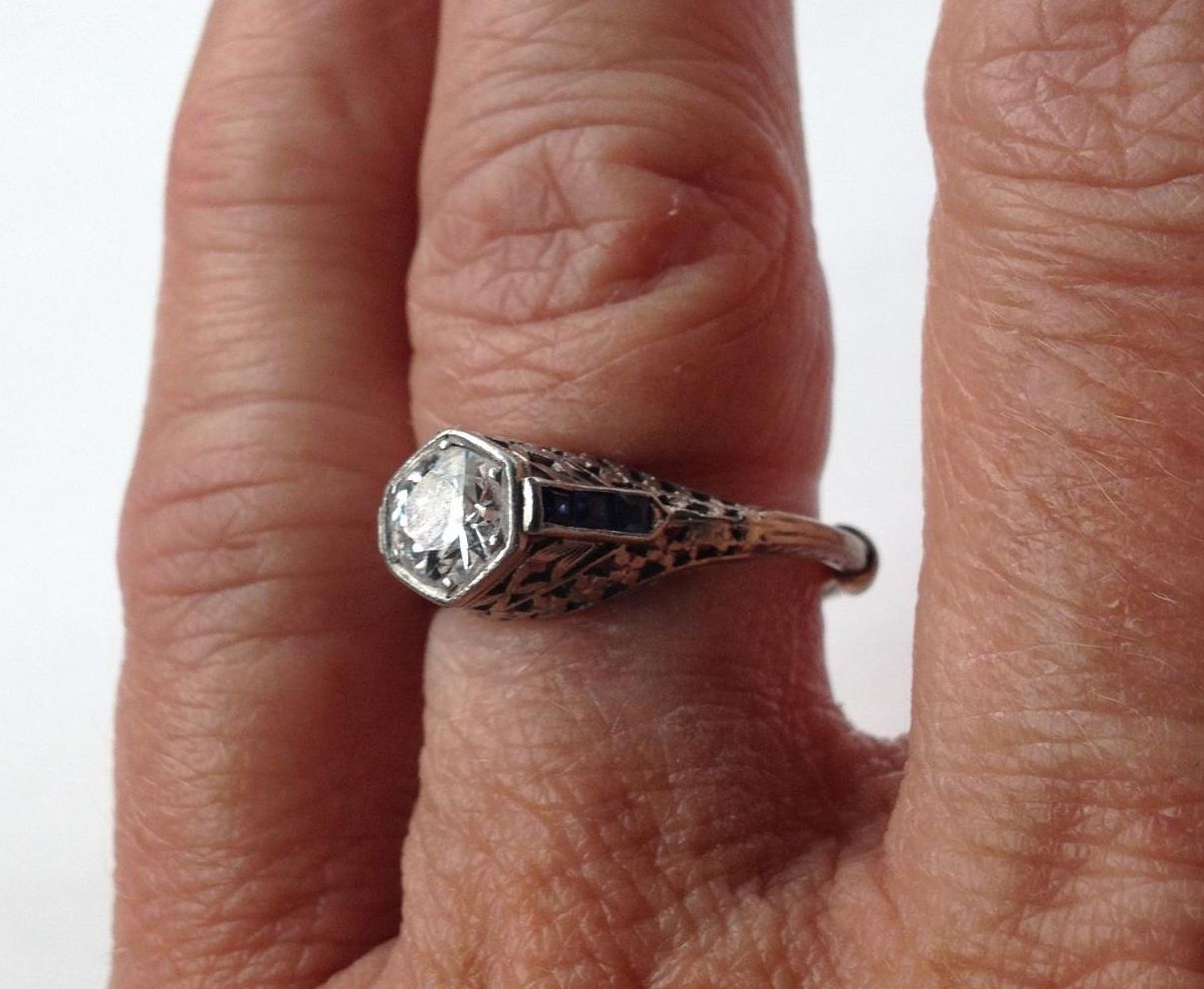 This ring was accidentally flushed down a toilet in East Hempfield Township, and recovered from the sewer pipe by LASA employees.

Lancaster Area Sewer Authority workers, from left, Brian Kendig, Rik Pabon and Tom Millhouse fished a lost diamond ring out of a manhole last month, three days after it was flushed down a toilet.

This ring was accidentally flushed down a toilet in East Hempfield Township, and recovered from the sewer pipe by LASA employees.

Call it a one-in-a-million shot.

A diamond ring accidentally flushed down a toilet at an East Hempfield Township office was recovered three days later by a crew of diligent Lancaster Area Sewer Authority workers.

"This was above and beyond the call of duty," said Cindy Vriens of Boiling Springs, who owns the ring. "In this day and age, for them to even go look for it - I would have been so thankful to them even if they didn't find it."

Vriens took her daughter to a medical appointment at an office on Rohrerstown Road Sept. 5.

After the appointment, Vriens' daughter, who had been playing with her mother's ring, accidentally flushed it down the toilet.

"I was horrified," Vriens said. "I couldn't even speak."

The ring - which featured about a 1-karat diamond surrounded by four blue sapphires in an antique setting - was particularly special to Vriens because it had been given to her by her deceased grandmother, Bess Rex, when Vriens got married 36 years ago.

"I'm going to say it's between 75 and 100 years old," Vriens said. "The monetary value is meaningless to me. It's the fact that it came from her that makes it so special."

Vriens and others in the office made a desperate attempt to recover the ring from the toilet, but they failed.

Sept. 5 was a Friday. Over the weekend, Vriens was spending time with some family and friends, and one of them suggested she try calling the local sewer authority.

On Monday, Sept. 8, she called East Petersburg Borough and got the number for LASA.

"When I called them, they couldn't have been any nicer," she said.

"One of them said to me, 'I gotta be honest with you. Your ring is probably at the bottom of the Susquehanna River by now,'" Vriens said. "But they said they'd take a look anyway."

According to Knepp, LASA gets two or three similar calls a year. Usually, searches come up empty.

Often times, crews aren't even sent to look because LASA knows the search will be futile.

"If we get a call like this and the line we'd have to look into is pretty busy, we know we're not going to find anything," Knepp said.

But the sewer line Vriens' ring went into is not heavily used - and it probably wasn't used at all over the weekend.

"I figured it was a least worth a shot," Knepp said.

LASA workers Rik Pabon, Tim Millhouse and Brian Kendig were dispatched to the business to take a look.

According to Knepp, there's a manhole about 75 feet away from the building where the ring was flushed.

The men opened it and began sifting through the material inside the 8-inch sewer line.

"Material" is a kind word. The men were sifting through stuff that gets flushed down the toilet.

Their initial search turned up nothing, Knepp said.

So they decided to put a hose into the line and flush it with water.

There's a U-shaped trap underground, between the building and the manhole, that prevents sewer gas from creeping back into the building.

The men figured the ring might be in that trap.

After flushing the line with water, the men went back to the manhole and found the ring amid the debris that came out of the trap.

Their search lasted about 30 minutes.

"They were very, very lucky," Knepp said. "These situations usually don't turn out this way."

A LASA official called Vriens, who said she couldn't believe her ears.

Vriens quickly baked a tray of chocolate bars, and then drove to LASA's office to retrieve her ring.

"It was all I could think to bring," Vriens said. "They absolutely wouldn't let me pay them, so I figured I'd bake something for them.

"I will never forget what they did for me."