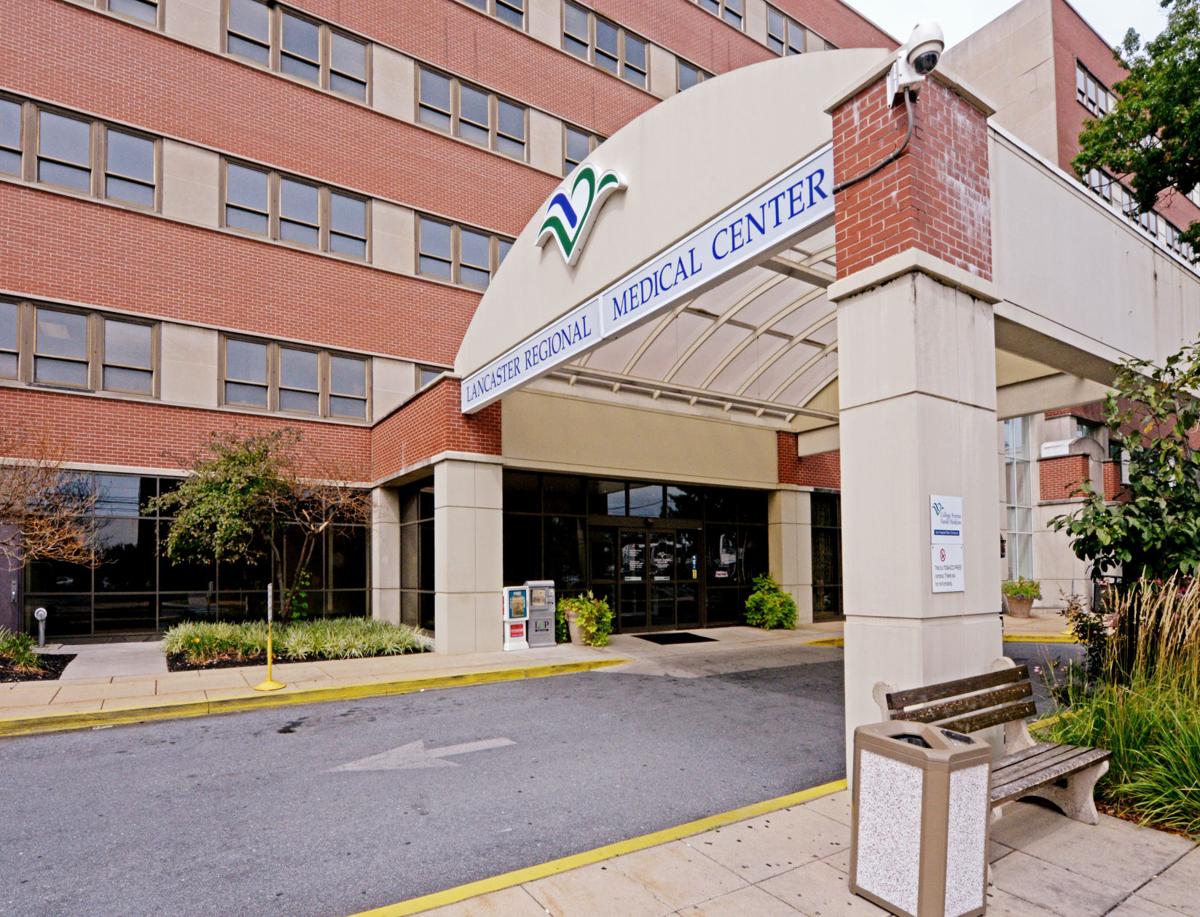 The entrance to the former Lancaster Regional Medical Center along College Avenue. 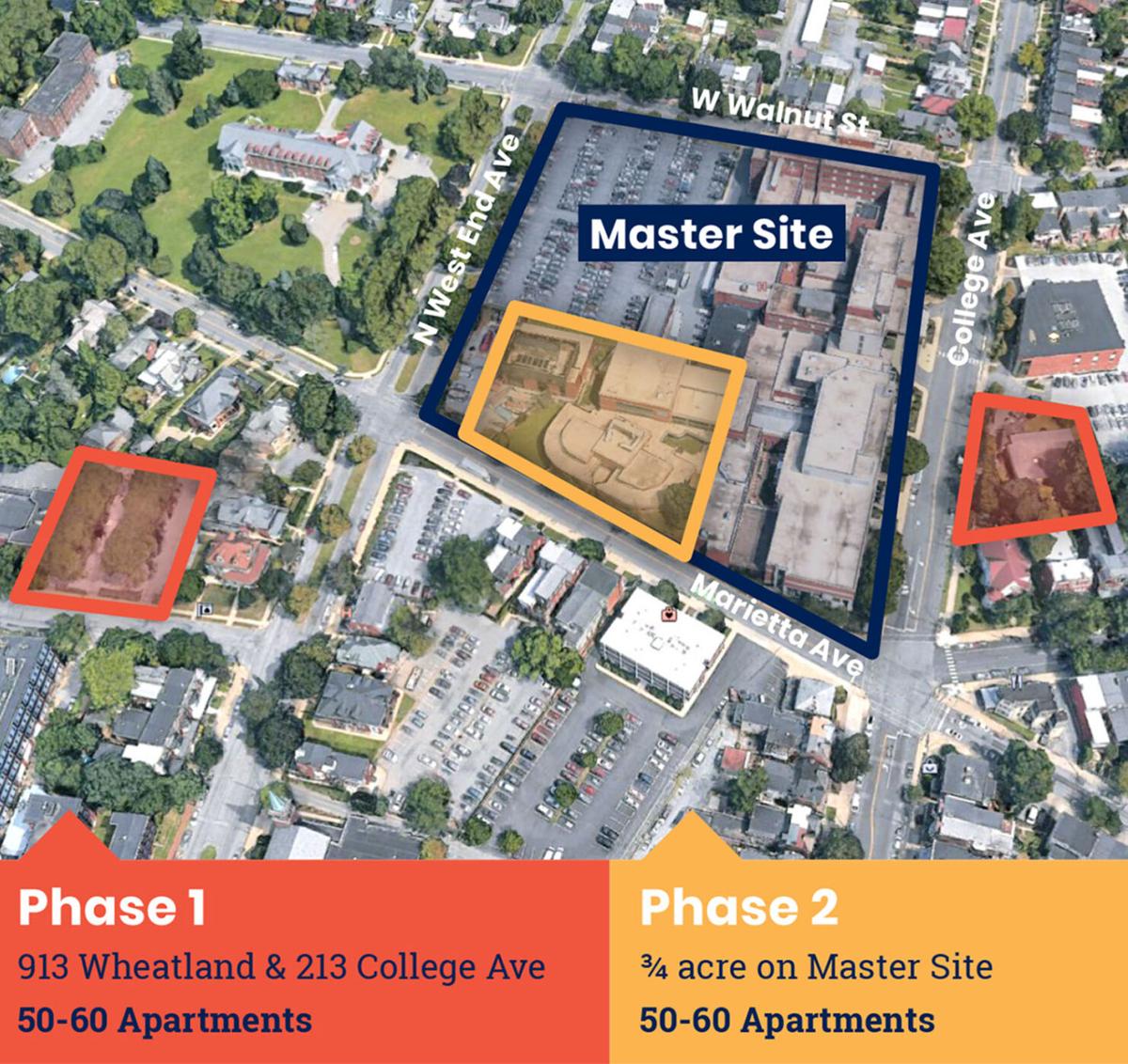 Developers are proposing to convert the one-time St. Joseph Hospital into offices, shops and housing as part of a wider $90-million redevelopment project on Lancaster’s west side that includes up to 120 apartments for low-and-moderate income tenants.

A Lancaster City Facebook post described the proposed new use for the shuttered hospital site and two nearby properties as “an exciting mixed-use, mixed-income vision.”

The projects key features include:

-  Converting most of the hospital into 150 to 175 market rate apartments, and up to 10,000 square feet for retail. Lower-level parking will be provided.

-  Converting the hospital’s southeast section into an office complex totaling about 40,000 square feet. Ground level parking will be provided.

-  Building 25 to 30 row homes for sale along West End Avenue between W. Walnut Street and Marietta Avenue, restoring how the block looked before it became hospital parking.

-  Building 50 to 60 affordable townhouses on a section of the hospital block facing Marietta Avenue.

To proceed, the project, a partnership of Baltimore-based Washington Place Equities and affordable housing developer HDC MidAtlantic in Lancaster, requires City Council to rezone the entire hospital block. A council committee is scheduled to review the request Monday, Aug. 3.

The developer’s purchase of the property from UPMC Pinnacle hinges on the rezoning, Dominic Wiker of Washington Place Equities said.

If government approvals, financing and construction go smoothly, completion of the main pieces of the project is at least three years away, the developers said. The final pieces will take at least another year.

Wiker said he thinks many people will be drawn to an urban location that has easy access to downtown and suburban workplaces and amenities.

“Marketing is going to be a piece of cake,” he said. “We like the diversity of uses.” The development “becomes knit within the larger neighborhood and city.”

The project will preserve the look of much of the former 1950s-era, 214-bed hospital. UPMC Pinnacle Lancaster closed in February 2019 after operating for less than two years.

From 2000 to September 2017, the hospital was called Lancaster Regional Medical Center. For over a century, the facility was a Catholic-based nonprofit called St. Joseph Hospital.

According to the city’s Facebook post, the administration negotiated with prospective developers to address the high demand for affordable housing, resulting in what the city called “the largest affordable housing development in Lancaster City in decades.”

More than 30% of the development’s housing will be affordable through the use of federal Low Income Housing Tax Credits.

HDC MidAtlantic can’t proceed with the affordable housing unless the Pennsylvania Housing Finance Agency approves tax credits for the project.

Obtaining them is not guaranteed. Last year, the agency approved tax credits totaling $41.6 million to only 39 of the 86 projects that applied. Three Lancaster County projects were among those turned down.

Restaurants, bars owners reeling from Gov. Wolf's new restrictions; 'This might be the one that just knocks us out'

“Because of the demand for credits, many good projects do not get funded on the first round and have to apply again,” Hanchin said. “That being said, competitive, compelling, high-impact projects with a high degree of community support and buy-in can get funded the first time in.”

Mulberry Corners, a 25-unit apartment house for older people at 301 W. James St., was the last Lancaster city project by HDC MidAtlantic. The nonprofit acquired it in 1998 and completed rehabilitation in 2000. Last year, major improvements were completed.

Plans for a $90 million project to transform the one-time St. Joseph Hospital property into a mix of office, retail, and both market-rate and …

A vote to rezone the former St. Joseph Hospital property to facilitate a $90 million plan to transform it into a mix of residential, office, a…