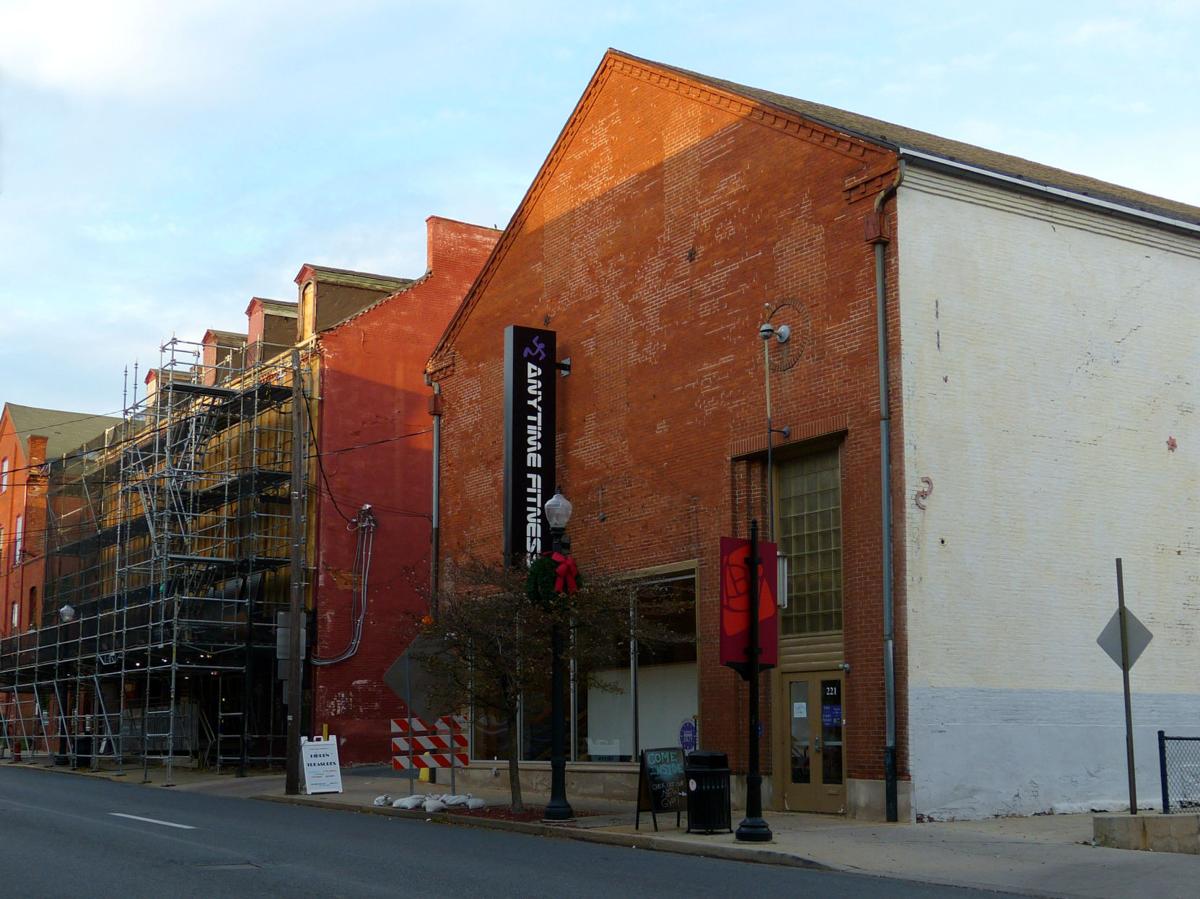 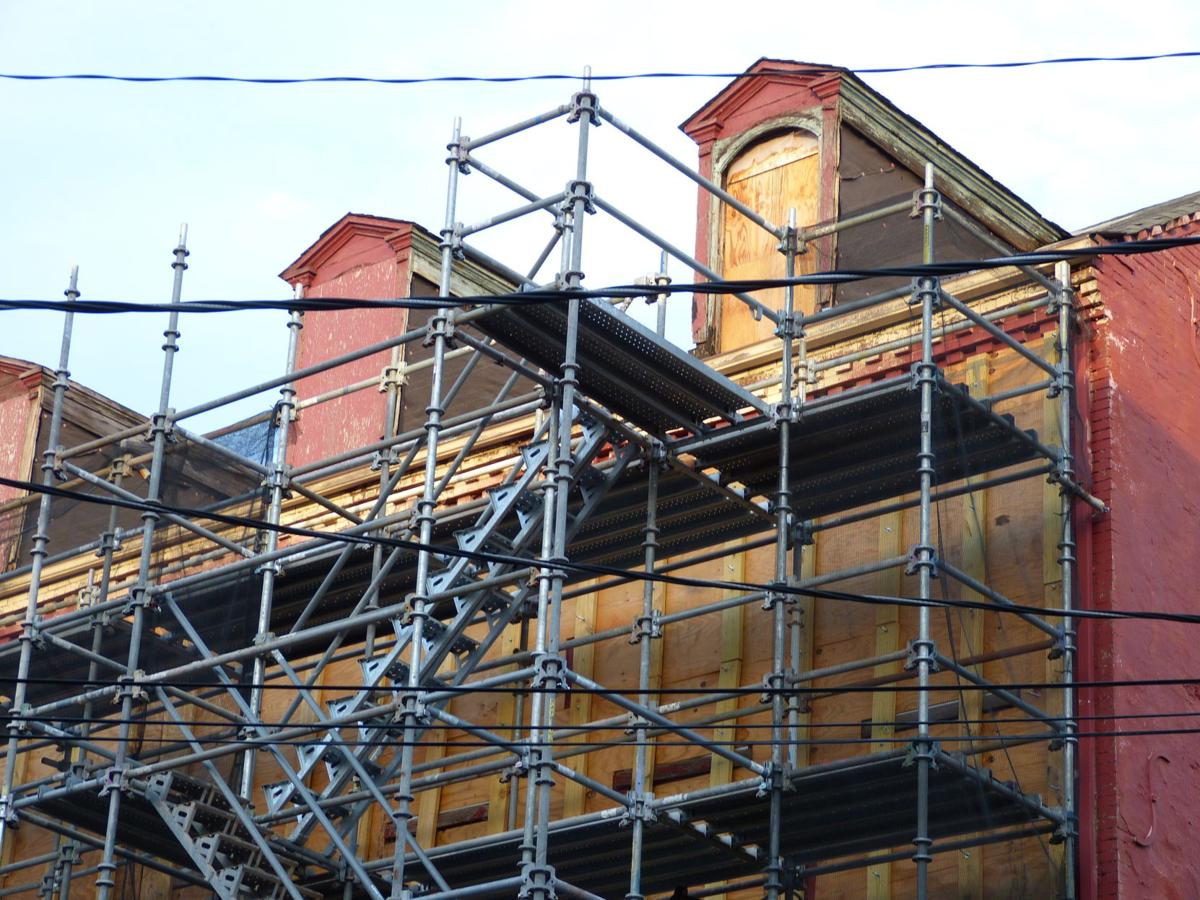 A closeup of the scaffolding on the facade of the Roburrito's building, 227 N. Prince St. 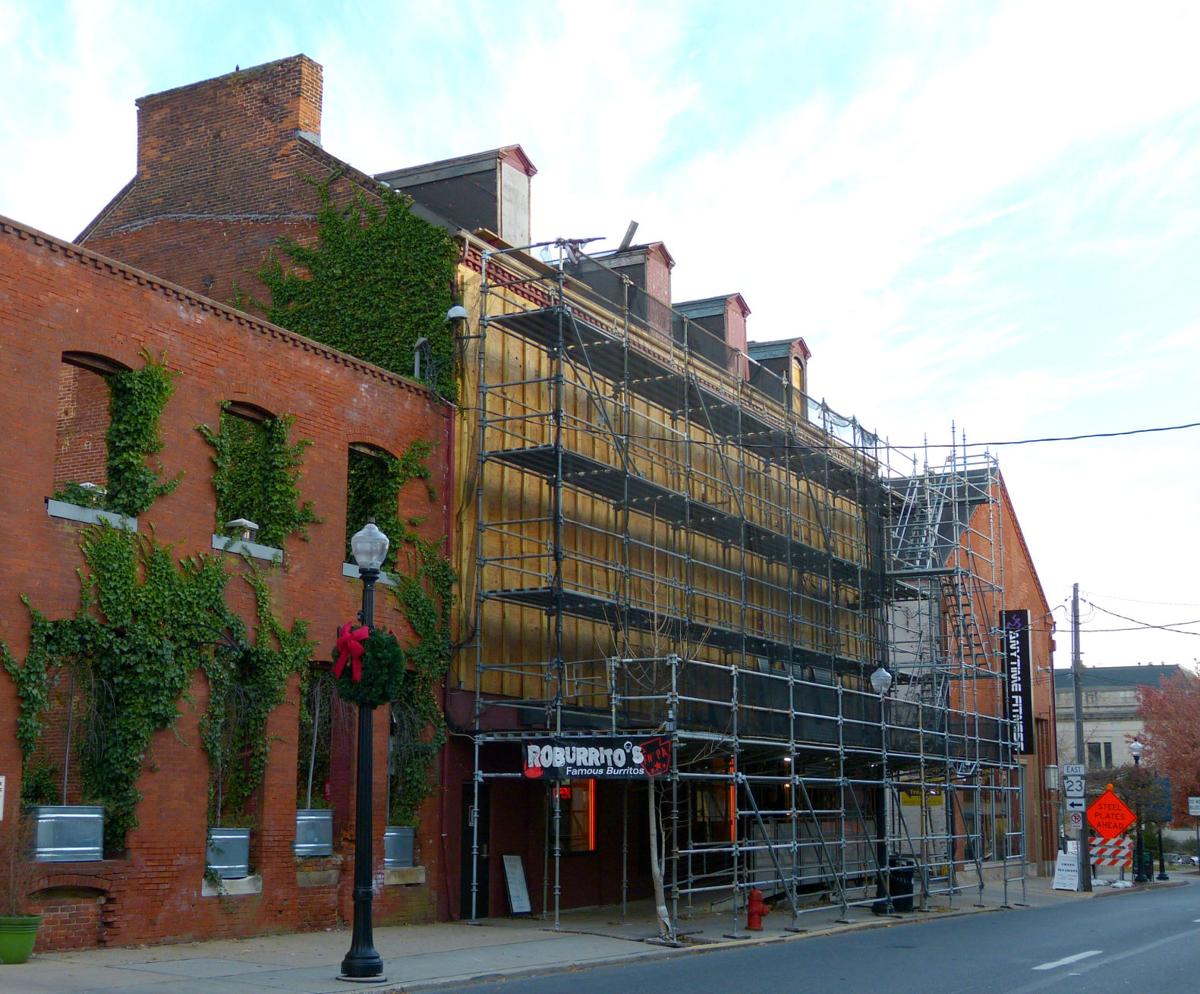 A closeup of the scaffolding on the facade of the Roburrito's building, 227 N. Prince St.

Development firm Eberly Myers is back with a new vision for the buildings that house Roburrito’s restaurant and Anytime Fitness in Lancaster — this time, one that calls for preserving and restoring both historic structures.

Earlier this year, City Council refused permission to the company to demolish the Roburrito’s building to make way for a high-rise senior-living complex on the site at 221-227 N. Prince St.

The new plan calls for staying within both buildings' existing footprints and retrofitting their vacant upper floors, creating a total of 63 residential units.

Of those, 29 units would be “shared living,” Eberly Myers co-owner Benjamin Myers said. Residents would have about 200 square feet to themselves, with a bedroom-living room and bathroom. They would share other amenities, including kitchen, laundry and a lounge area.

The other 34 units would be conventional efficiency and one-bedroom rentals.

There would be three retail spaces, including Roburrito’s and Anytime Fitness.

The project is expected to cost $9 million to $9.5 million. Construction would take a little over a year, Myers said.

Myers said his firm is committed to including government subsidized affordable housing: 10 of the apartments and two of the shared-housing units is the current thinking.

No start date has been set. At present, Eberly Myers is working on its financing, and is seeking federal historic tax credits.

Anne Kirby is the founder of the local co-working space The Candy Factory. Shared housing or “co-living” is a similar concept, and she said she’s an enthusiastic advocate.

She and the Eberly Myers team have had some preliminary discussions about potential collaboration. Eberly Myers wants to manage the shared housing effectively to build community and nurture an engaged culture, Myers said.

Nothing has been decided, but Kirby said she’s eager to participate “in some capacity.” Potentially, The Candy Factory and Eberly-Myers could end up offering clients a co-working, co-living package deal, she said.

When Eberly Myers proposed its high rise, the firm contended it was impractical to save the Roburrito’s building, a 19th-century warehouse that is on the National Register of Historic Places, due to its structural problems.

But Lancaster’s Historical Commission, which reviews demolition and new construction for its effect on the city streetscape, voted against the idea, and City Council concurred.

The facade at 227 N. Prince St. is deteriorating and has been covered for months by scaffolding and bracing. That’s temporary, and was done to ensure any loose bricks stay in place and don’t endanger pedestrians, Myers said.

The facade of the 1850s-era building will be restored and the building’s structural shortcomings rectified as part of the overall project, he said.

The number of units requires a zoning variance, which Eberly Myers received in October. The plan will still need to go through city staff review and the Planning Commission.

Eberly Myers has a number of other projects in the works. It recently started work at 38 E. Walnut St., which it is renovating and expanding into 16 units. Myers said it is still working on financing for its planned project at 134 Locust St., Columbia, a four-story building with 33 residential units and one retail unit.

'Shared living' pitched for historic Lancaster buildings; what does that mean?

Lancaster roadwork will take a holiday break; DPW says no construction through Jan. 2

This week, Lancaster Watchdog looks at the state of a delayed apartment building project in Columbia, as well as an update on a tree limb hang…

More emergency medical care and more rental housing –- both community needs -- will begin to be developed soon in Lancaster city, after the ci…