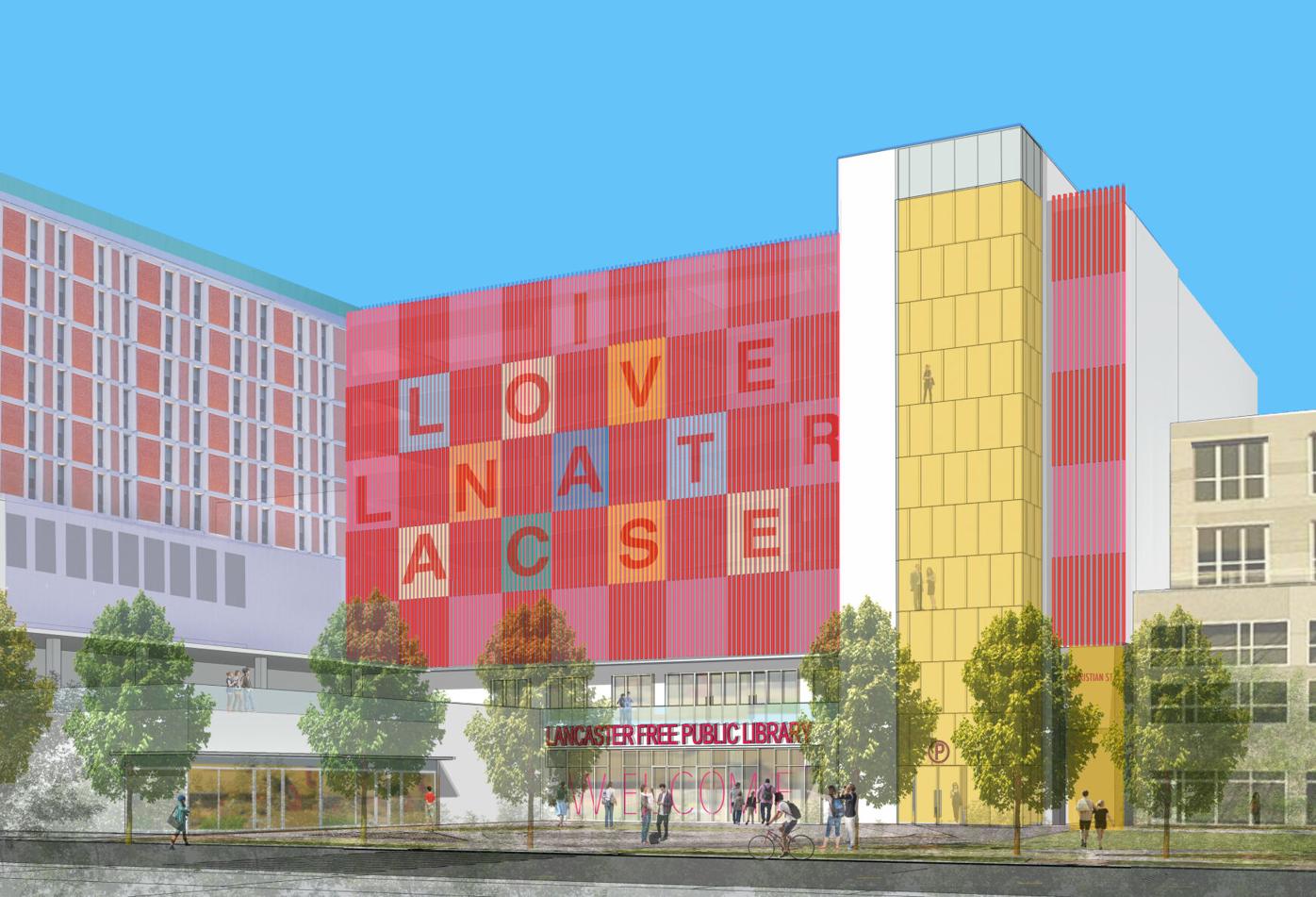 The “I LOVE LANCASTER” design from R&R Studios is meant to offer some childlike whimsy to people walking into the library, said Chris Delfs, director of the city’s community planning and economic development department. 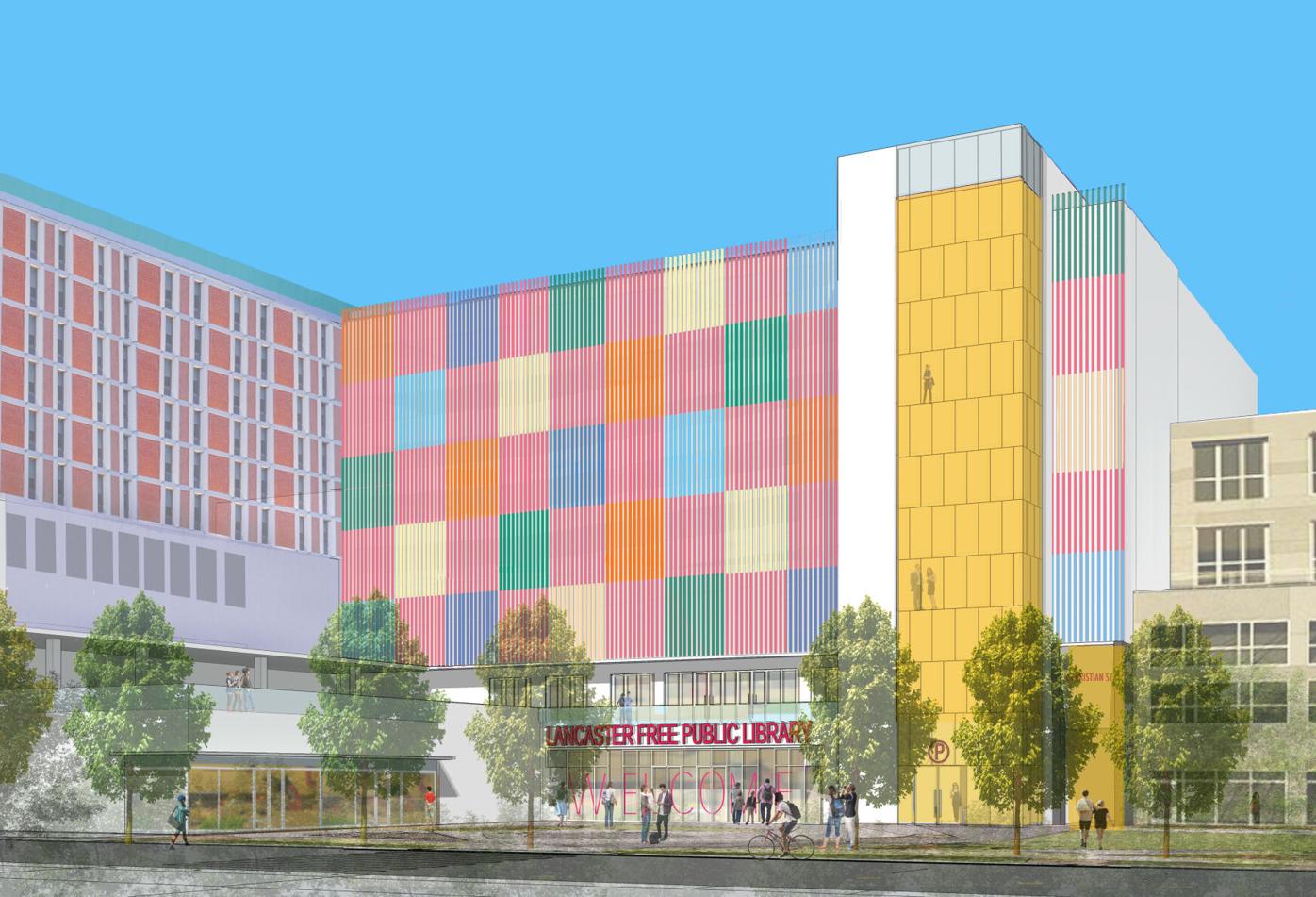 Called the “Lancaster Quilt,” this design from R&R Studios is meant to give a nod to Lancaster’s Amish identity and the city’s cultural diversity. 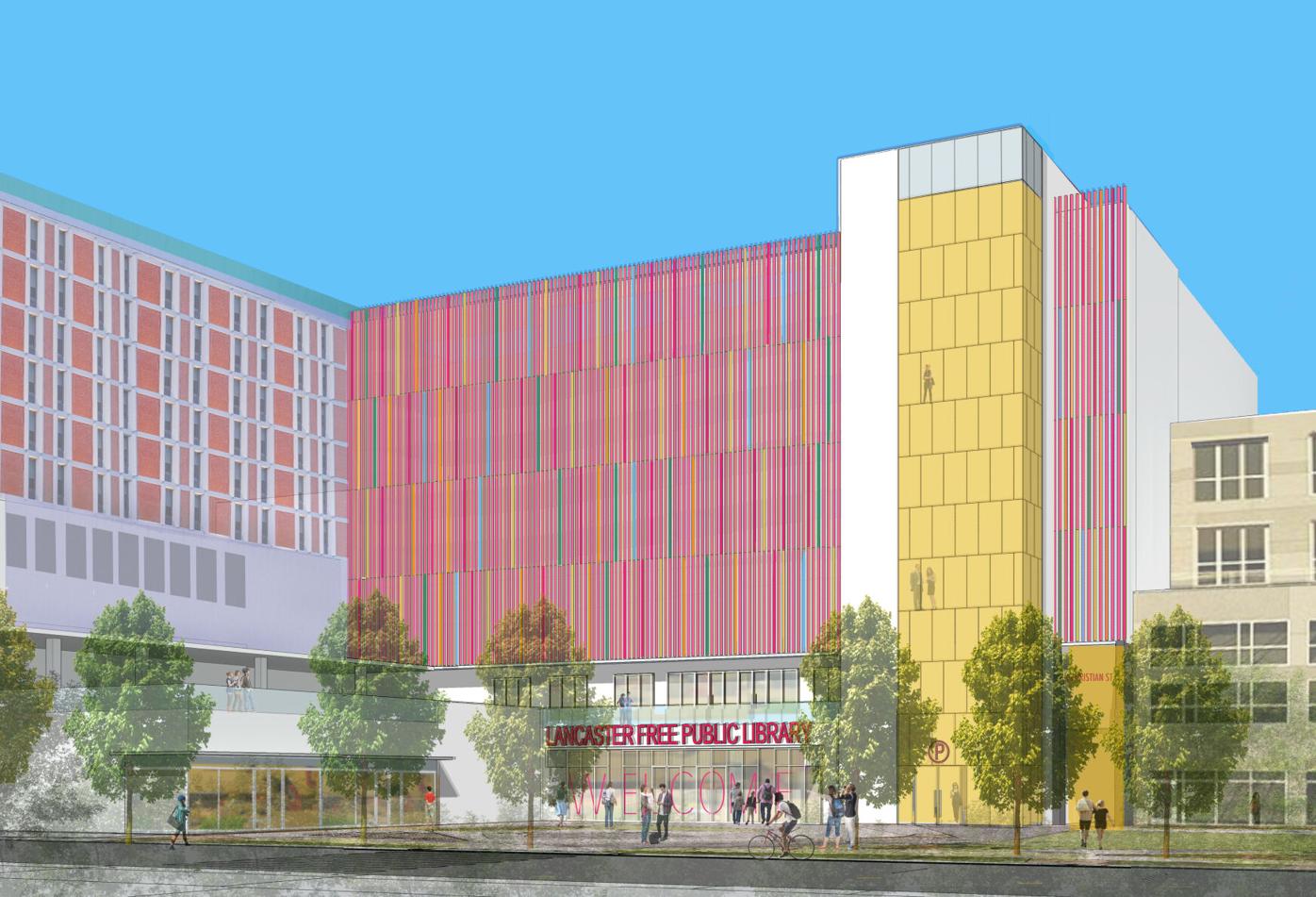 Residents have about two weeks left to vote on the façade design for the Ewell Plaza project, after Miami-based public-art designers presented three final concepts Friday night that would decorate the new parking garage and public library building on North Queen Street in Lancaster.

Roberto Behar and Rosario Marquardt of R&R Studios made their presentation at the Ware Center on North Prince Street, located only a few blocks away from the North Queen Street plaza.

The Engage Lancaster website, where residents can look at and vote on three designs, says the vote has more than three weeks left, but the city may leave the vote to a two-week period and select a design if there’s a clear winner at that point, said Chris Delfs, director of the city’s community planning and economic development department.

After that, the city would move forward with engineering plans for the project. The finished product would be up by the end of the Ewell Plaza project, expected to be August 2022 at this point, city officials said.

The bright colors are meant to represent Lancaster’s cultural diversity. Red is the most prominent color, meant to reflect the prevalence of red-brick buildings in the city. The “I LOVE LANCASTER” design is meant to reflect some child-like whimsy, as the art installation will hang above the new Lancaster Public Library.

Whichever design comes out first, they would all be made with mostly the same materials, Delfs said. The thin stripes would be made of a rectangular-shaped aluminum tubing with different colors on each side, so the colors appear to change as pedestrians walk by, Delfs said.

Opponents to bringing in an outside firm to design the art for the project criticized the city for not reaching out to local artists and the public during the selection process that led to R&R Studios. Acknowledging the previous lack of outreach, City Council required R&R to incorporate extensive public engagement into its design process.

The city’s Public Art Advisory Board commissioned R&R Studios to develop the design. The firm was paid $15,000 for its design through grant funding secured by the art board. Whether or not R&R’s art is incorporated, the garage facade will cost about $600,000, paid for by the Lancaster Parking Authority.

In a statutory appeal filed in the Lancaster Court of Common Pleas, the group argued City Council committed “an abuse of discretion” in granting a certificate of appropriateness to the Lancaster Parking Authority project. The group’s appeal was denied on May 3.

R&R Studios proposed aluminum tubing for its initial design for the project, but the new proposals have a different color scheme, with more red, and rectangular, instead of cylindrical tubes.

The new designs also have several rows of tubes going down the façade, rather than one set of tubing that stretches the entire wall. That concept was based on feedback from the city’s Historical Commission, Delfs said.

Here's what is next for Ewell Plaza: Designs for public art installation to be presented

A decision on a requested zoning change has been delayed until at least next month in West Donegal Township, where more than 40 residents gath…

Editor's note: This story has been updated to reflect additional information as of 9:30 a.m., Sept. 15.