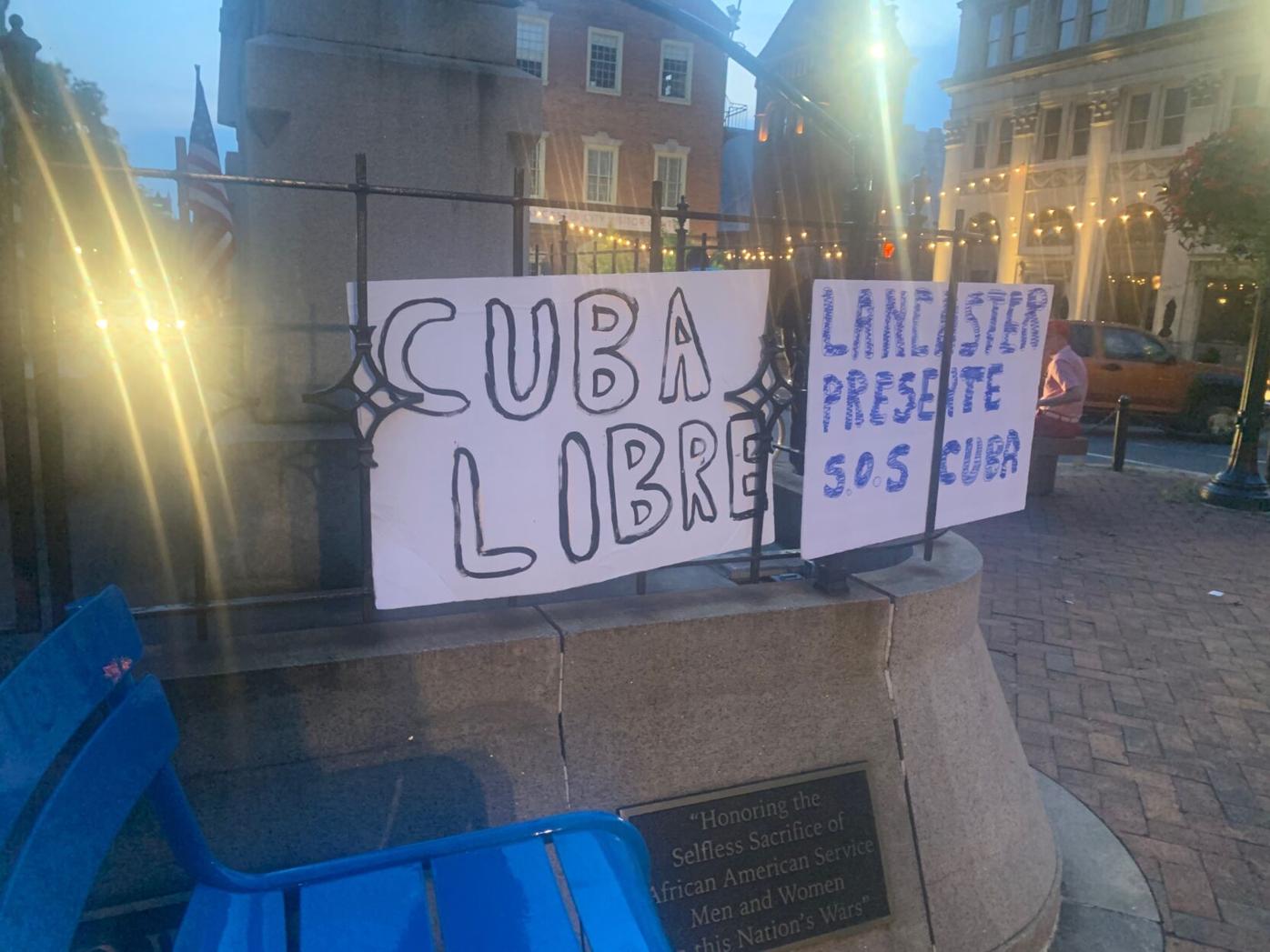 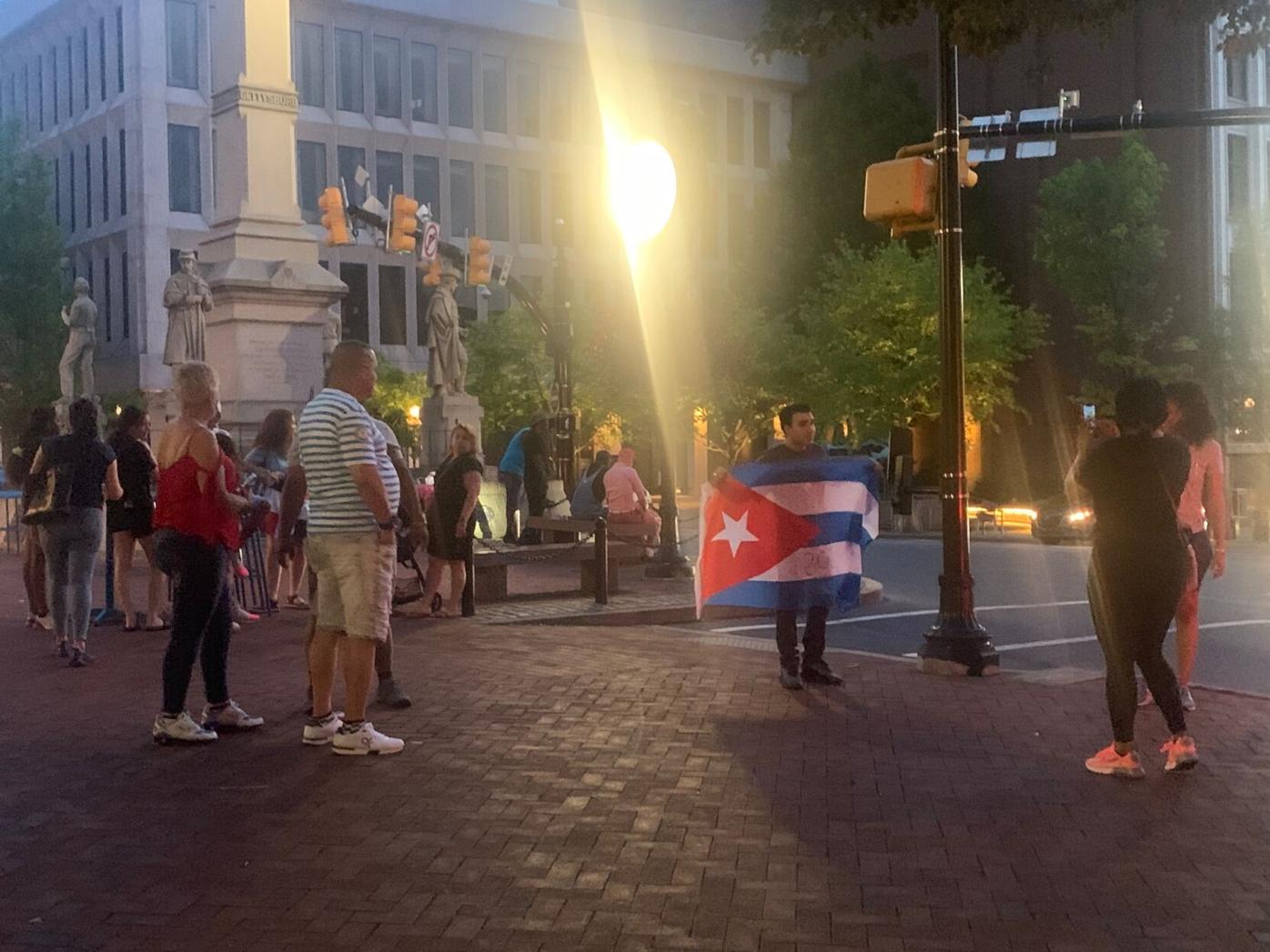 Demonstrators gathered in downtown Lancaster on Sunday night to show solidarity with protestors in Cuba calling for an end to their country’s decades-long dictatorship.

Waving Cuban flags, banging pots and pans and singing Spanish-language songs, the group of what appeared to be about 100 demonstrators gathered at Penn Square sometime before 8:30 p.m.

Some of the demonstrators’ signs echoed slogans used by the Cuban protestors criticizing the communist regime. Some passing motorists waved Cuban flags and honked their horns as they drove by the demonstration.

The gathering came just hours after thousands of Cubans marched on Havana’s Malecon promenade and elsewhere across the island nation earlier that day protesting shortages of food and COVID-19 vaccines, among other issues.

An East Petersburg couple was cited with abandoning their dogs after police removed a total of three dogs on two separate calls recently, acco…