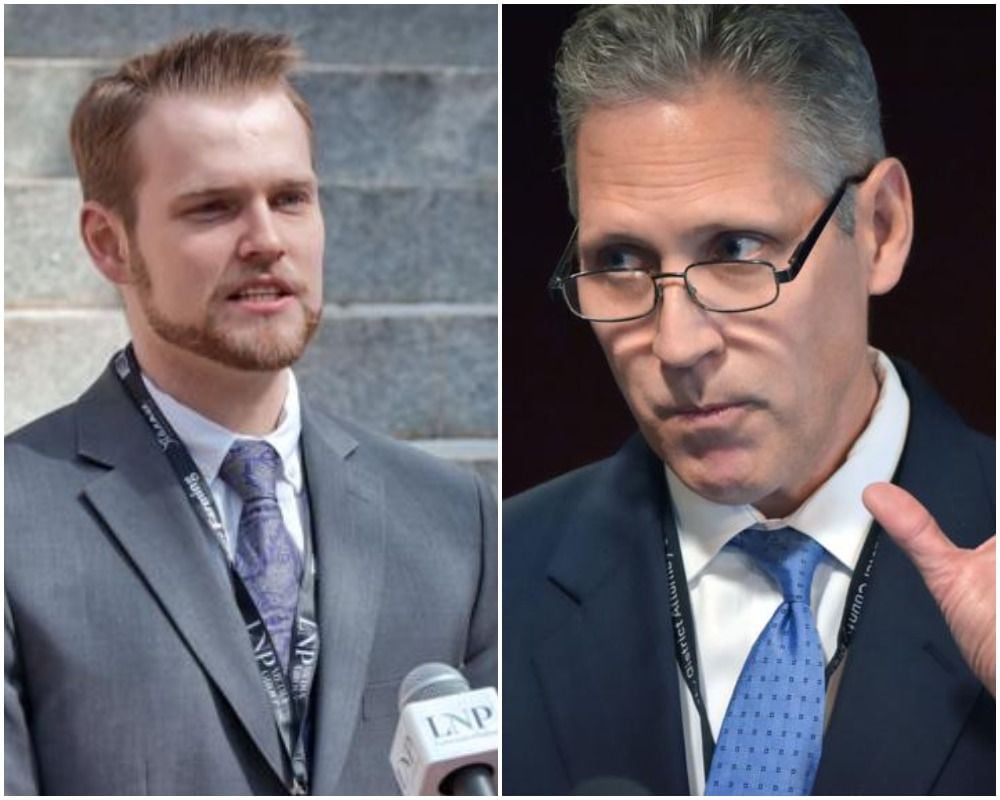 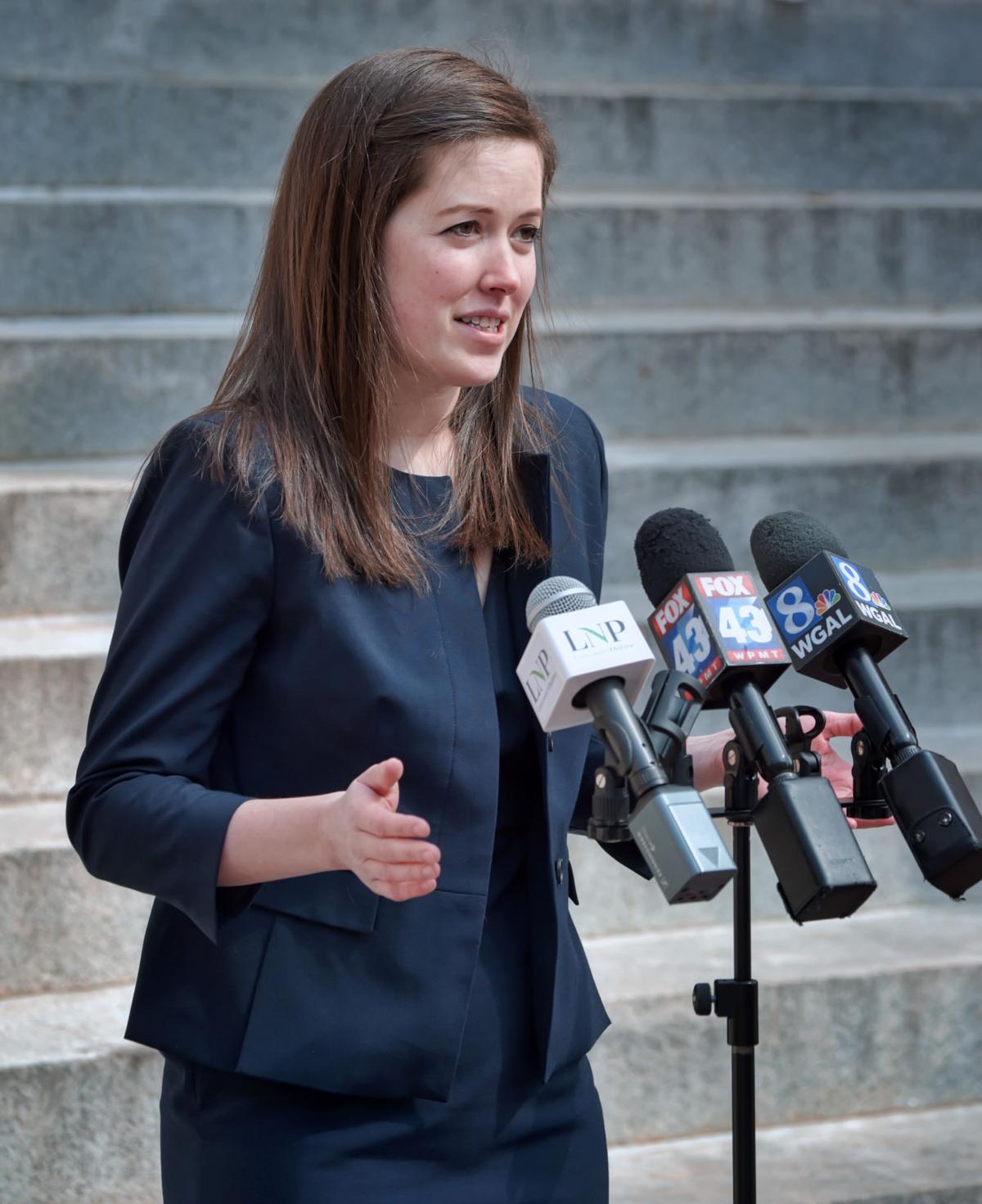 The office said it will provide forms and a ledger showing how cash seized in drug investigations moves in and out of the Drug Task Force's safe, according to attorney Kirby West, who represented LNP.

The issue, which stems from a Right-to-Know request for drug forfeiture records filed by Walker in September, is not settled.

The state Office of Open Records in January ordered Stedman to release the records, and Stedman appealed the decision to Lancaster County Court in February. Brown asked for the hearing to have a better understanding of the case before he decides what records the district attorney's office should share.

Stedman at one point called the process "an education for us," and said he's pushed for transparency, even at the resistance of others on his staff.

West argued that Walker's request refers to more detailed records than what has been released so far.

Brown gets to decide what records the district attorney's office should release, a decision he expects to make in a few weeks.

What the D.A. offered

Since it filed the appeal, the district attorney's office has made more records available.

In March, the office offered six boxes containing hundreds of receipts for a reporter to view. The latest offer involved having a reporter, not Walker, view the records under certain terms. In April, the office gave LNP 18 years of summary drug forfeiture reports prepared by the Lancaster County Controller as part of annual audits.

In a court filing on Aug. 16, the district attorney's office for the first time provided receipts from several years of its drug task force auction.

In his testimony Friday, Stedman said the office has already “provided extensive information beyond what was requested” by Walker.

At least three times, he said he was the one in his office who pushed for releasing more information.

Commissioners call on District Attorney Stedman to drop 'frivolous' lawsuit, say 'he believes he is the law'

He said the office’s forfeitures have been found in compliance in annual audits by the Pennsylvania Attorney General's Office and the county controller's office.

To go through the six boxes of records and redact sensitive information would take “days,” Stedman said.

“I can't release certain things, not only under the law but under morality,” Stedman said.

In response to a few questions from LNP’s lawyer, Stedman placed responsibility with Caitlin Blazier, the assistant district attorney and lead Right-to-Know officer who had been handling the case.

West read from Blazier’s latest brief, which states that LNP has "refused to negotiate." But then West gave examples of how she tried to discuss terms with Blazier for the newspaper’s access to records. Then she asked Stedman if LNP truly was not negotiating.

“If that's what Caitlin put in the brief,” Stedman replied.

Later, under questioning by Christina Hausner, the county’s solicitor, Stedman acknowledged that Blazier never responded to two Right-to-Know requests submitted to Lancaster County and forwarded to her in February.

Hausner was at the hearing on behalf of the Lancaster County Commissioners, who were permitted by Brown to intervene as a party in the case.

After the hearing, Brett Hambright, spokesman for the district attorney’s office, said Blazier is no longer the office's Right-to-Know officer as of "a few days ago." The new officer is assistant district attorney Mari Andracchio.

Comparing to other counties

Under questions by West, Walker explained how he filed identical requests with counties surrounding Lancaster.

He got access to numerous records in Chester and Delaware counties, he said. Centre County posts its drug forfeiture receipts on its website, which is what prompted Walker to ask about Lancaster County's records in the first place, he said.

On cross examination, Anderson asked Walker why he was willing to take a one-page forfeiture summary from York County and a four-page summary from Dauphin County.

Walker said his primary coverage area is not those geographic regions. He wanted access to not only general sums of forfeiture spending categories but also details on how it was being used, such as with receipts. That request, he said he thought, was part of his Right-to-Know request, although he did not use the word "receipt," which Anderson pointed out.

"My understanding is (the law) is written so that a person of reasonable intelligence can understand it," Walker said.

The release of the cash records to LNP came after West asked Stedman questions about what kind of records the drug task force keeps to track cash.

Stedman said he was not the best person to ask, so Anderson later brought in Detective John Burkhart, the county detective in charge of the drug task force.

The right to 'no:' Fewer than 1 in 4 requests for open records were granted in full last year

Burkhart explained that seized money is digitally recorded and kept in a drug task force safe. The money is deposited with the county treasurer in batches, he said.

The task force uses cash for undercover investigations. If an officer needs cash, the officer fills out a form that is approved by Burkhart and marked in a ledger he keeps.

At the end of the hearing, Anderson said the district attorney’s office would be willing to share those records, according to West.

The Latest: Trump orders flags at half-staff for Ginsburg

Exeter pushes past Hempfield in OT, 41-34