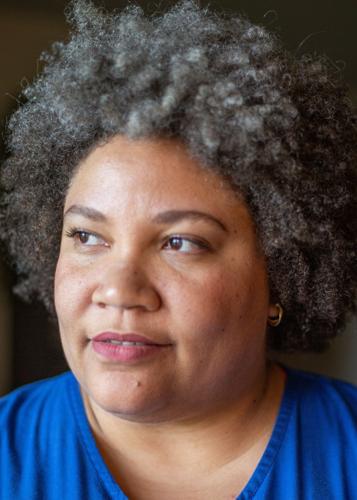 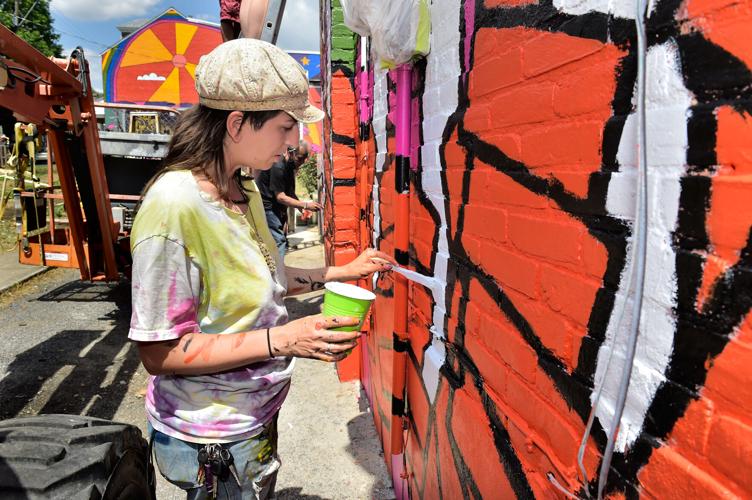 Shauna Yorty helps paint a mural on the 400 block of Shippen Street in Lancaster city as part of the Neighborhood Leaders Academy (NLA) project on Sunday, May 23, 2021.

Shauna Yorty helps paint a mural on the 400 block of Shippen Street in Lancaster city as part of the Neighborhood Leaders Academy (NLA) project on Sunday, May 23, 2021.

A Cuban-born artist is leading a project to create a mural that captures Lancaster city’s spirit of welcoming.

Claudia Rojas, who came to the United States in 2015, will design and lead the project. She will work with Lancaster muralist and community advocate Shauna Yorty.

“This is a collective, creative project. The community will be involved in the designing process,” Rojas, formerly of Lancaster, said. “We will ask questions during the community engagement meetings to help people think about the specific topic of being a welcoming city. Then will gather all their ideas and feedback so we can move through the conceptual stage.”

The mural will be painted on the western wall of Ganse Apothecary, 355 W. King St., Lancaster. The apothecary, a local retailer of medical supplies and equipment, is located at the four-way intersection of Charlotte, Manor, Strawberry and King Streets on the city’s west side.

Funding for the $40,000 mural project was provided by the city, Lancaster County Community Foundation, Landis Homes, Penn Square Rotary Club, and the National Endowment for the Arts. Two Dudes Painting in the city’s Cabbage Hill neighborhood will provide materials.

In 2019, the Georgia-based nonprofit Welcoming America certified Lancaster as a “Welcoming City.” The designation recognizes cities with policies and programs that promote equity and inclusion.

Rojas, who lives in Lebanon, said she is excited to be chosen as the artist for the mural project.

“When we came to the U.S., Lancaster was the first city that welcomed us. It was our first home. My art took root and developed in Lancaster and its surroundings,” she said. “This community is part of me, and I'm part of it; and it is that feeling that I share with so many other immigrants what I want to transmit with this project. I have a passion for different cultures and traditions that has taught me about common symbolism and artistic manifestations.”

Rojas will create a few concepts for consideration before one is chosen, and she will be actively involved in the painting process along with volunteers and people from the community.

“I’m just a tool. I’m the person who will translate the message from the community into a visual element for the wall, which looks slightly different depending on how everyone involved approaches the project but is definitely accompanied by constant feedback and opportunities to be heard,” Rojas said.

The final design is expected to be chosen in August, with the mural being painted in September during Welcoming Week, which will take place from Sept. 9-18.

After 74 days without communication, West Lampeter Twp. woman finally hears from her parents in war-torn Ukraine

Nina Serdiuk has been eagerly awaiting a phone call from her parents, who have been isolated…

Make-A-Wish returned once again in 2022 for its annual Mother Day's Truck Convoy.

'We always have hope': Lancaster County mom seeks cure for son as she worries about parents' fate in Ukraine