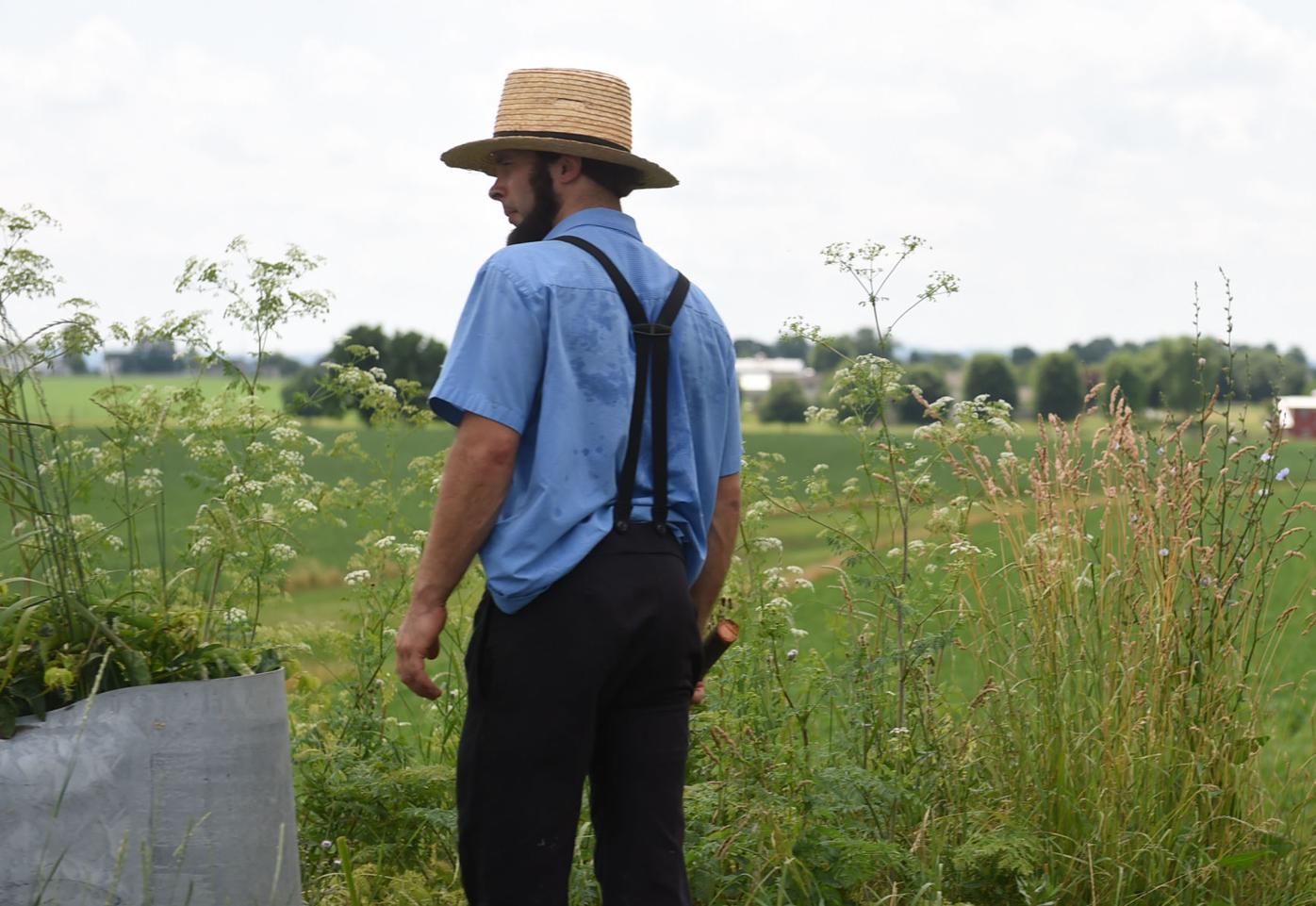 An Amish man searches for an 18-year-old amish girl who is missing since Sunday, in Upper Leacock Township on Monday, June 22, 2020.

UPDATE: A 34-year-old Paradise Township man is charged with kidnapping Linda Stoltzfoos, an 18-year-old Amish woman who has been missing since June 21, according to the Lancaster County District Attorney's office. Click here to read more.

Crews are continuing a search for a missing Amish woman who police said never returned from a church service on Sunday.

Police are "still attempting to figure out what may have happened," East Lampeter Township police public information officer Lt. Matthew Hess said. Foul play has yet to be ruled out.

"We are investigating all angles of this incident," he said.

As of Tuesday morning, there were no new updates on the search, other than its continuation into a second day, Hess said.

East Lampeter Township police Lt. Rob Eachus said Tuesday's search increased in size and that well over 100 people are out searching as of noon. Search parties are using K9s that specialize in ground scent and air scent, licensed aerial drone operators and multiple horses. People are also searching in the water and on foot.

All together, Lt. Eachus said there have been well over 1,500 man hours put into the search.

A Facebook page was set up on Monday detailing the search for her.

The search started Monday at 8:30 a.m. and continued into the night.

After incendiary devices were found near Lancaster City Hall in May, police search for person of interest

Police are searching for a person of interest after improvised incendiary devices were found near Lancaster City Hall on May 30, Lancaster cit…