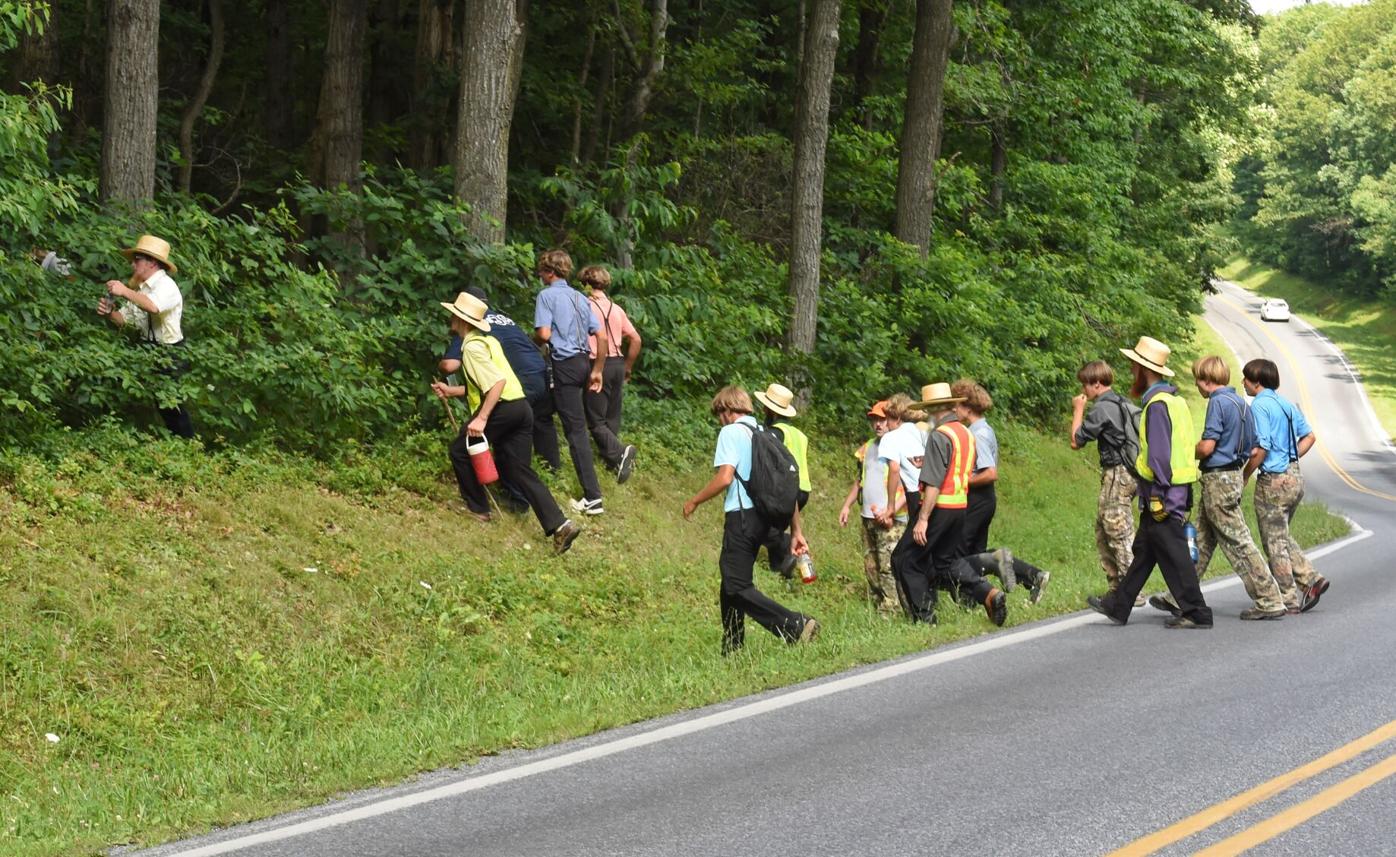 Part of the search party for Linda Stoltzfoos that scoured an area Friday in East Earl Township near Gault Road.

Part of the search party for Linda Stoltzfoos that scoured an area Friday in East Earl Township near Gault Road.

A district court appearance for the man accused of kidnapping missing woman Linda Stoltzfoos that was scheduled for this morning, Tuesday, July 21, has been postponed.

A new date for Justo Smoker's preliminary hearing hadn't been rescheduled as of Monday afternoon; it's not uncommon for the hearings to be rescheduled.

The 34-year-old Paradise Township man is being held at Lancaster County Prison without bail on charges of kidnapping and false imprisonment.

At a preliminary hearing, prosecutors must show enough evidence that a crime has been committed and that the defendant is most likely the one who committed the crime and, therefore, that a jury or judge should hear the case in court.

According to prosecutors, Smoker abducted Stoltzfoos less than a half-mile from her home on Beechdale Road as she was walking home from church on Stumptown Road.

Smoker was arrested July 9 based in part on a homeowner’s video surveillance that showed his car near a person believed to be Stoltzfoos. And her bra and stockings were found buried near a business on Harvest Drive where Smoker’s vehicle was seen, police said.

The FBI is offering a $10,000 reward for information leading to Stoltzfoos' recovery.

Smoker was released from prison about 15 months ago after serving the minimum of a 12-1/2- to 30-year prison sentence for a series of armed robberies committed in 2006 when he was 21.

The search for missing Amish teen Linda Stoltzfoos is expected to continue today in Lancaster County, more than a month after her June 21 disa…