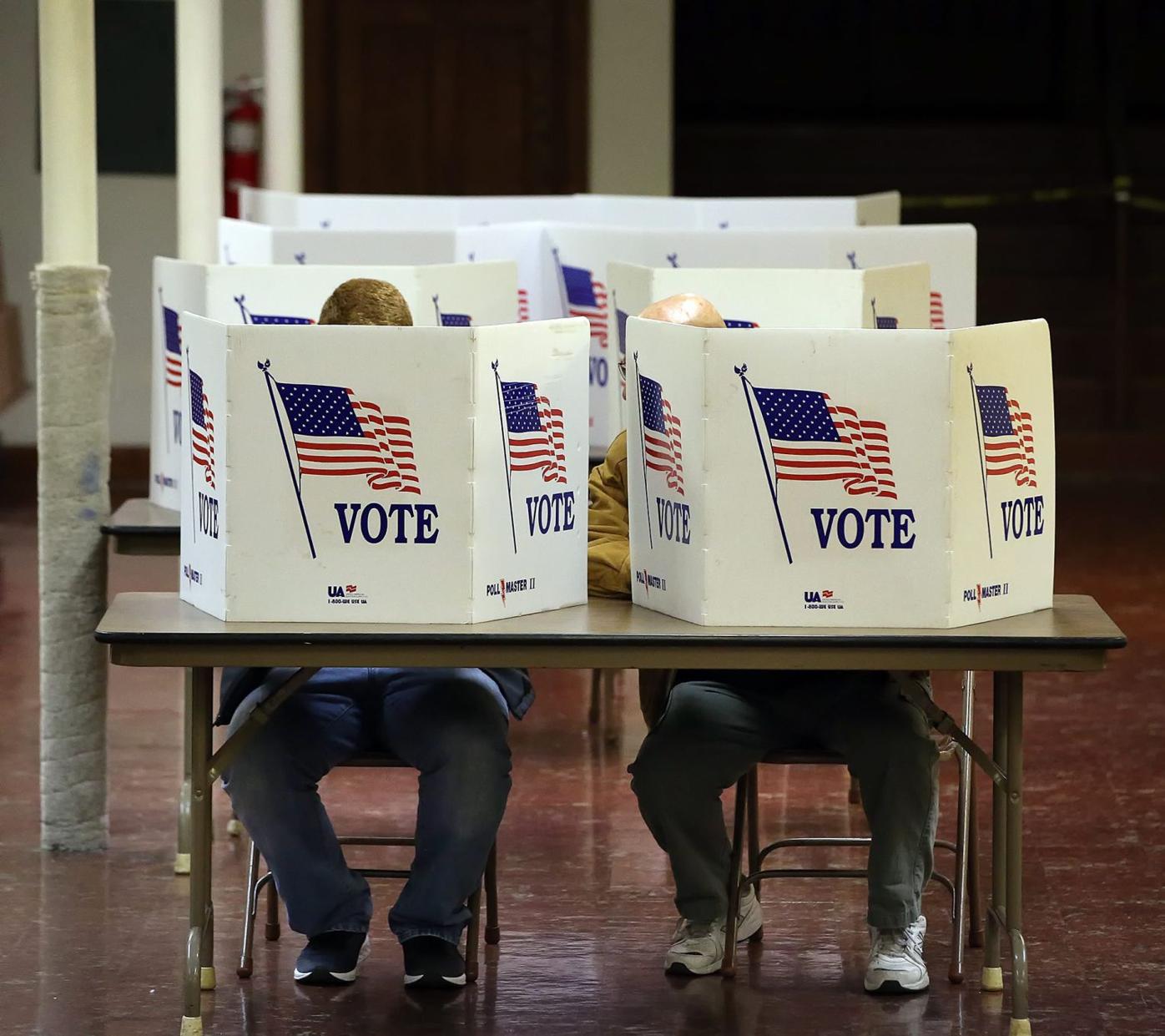 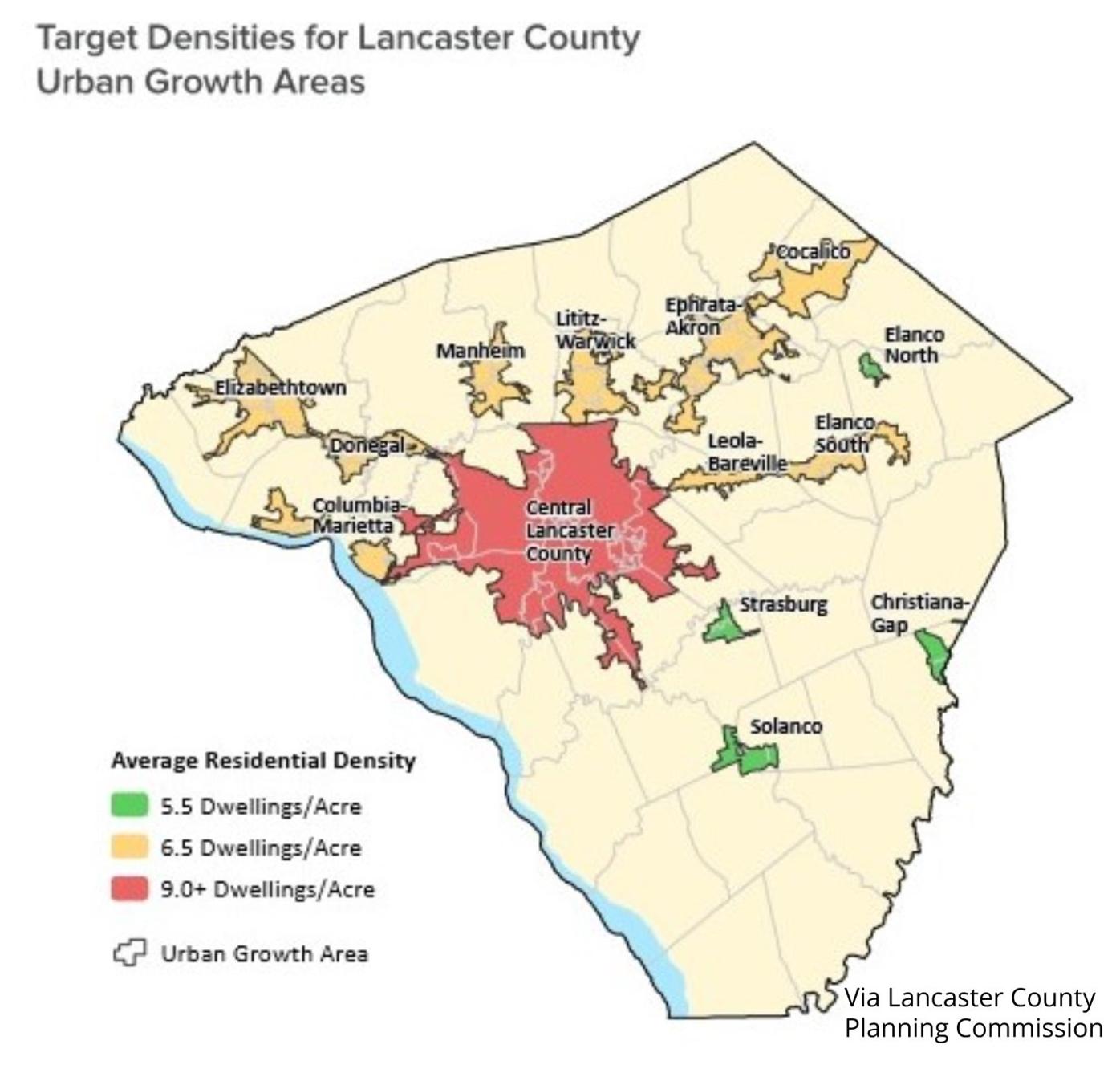 Lancaster County has been inching slowly into the blue since 2000, an LNP | LancasterOnline analysis of voter data and election results found.

"If the status quo continues and natural demographic shift happens, I think it's going to be more of an even split between Republicans and Democrats,” said Kyle Kopko, a political science professor at Elizabethtown College and member of the local GOP.

Lancaster County could see increasingly competitive races in more areas, giving Democrats a shot at offices long held by Republicans. At the rate of Republican declines and Democratic gains, the title of dominant party in the county could flip in the next 20 years.

Use the slide bar to see how the county's political landscape has changed.

This year, Democrat Dana Hamp Gulick is trying to do the same in a race against incumbent Republican Rep. Steve Mentzer.

“We're trying to do the same thing Barry and Allison did, except with Mentzer," Gulick told a supporter signing her petition, as she hit the streets on a cold February morning in a bid to get on the ballot.

She’s optimistic because the demographic shift shows GOP dominance in the district has weakened.

Where did the 50 new cases per 100,000 residents over 14 days metric Pennsylvania is using come from?

And the 97th District isn't alone.

Republicans have been beating Democrats in head-to-head countywide contests by margins of 20 points or less in the past four years. That’s down substantially from the early 2000s, when Republicans were commanding victory margins of 30 to 50 percent in those races.

This graphic shows margin of victory by municipality for the last 20 years. Elections shown are those each year with highest turnout where votes had a binary choice between Republican or Democrat. Story continues below.

In another recent example, although Democrat Jess King lost to Republican U.S. Rep. Lloyd Smucker in the 11th district in 2018, King outpolled Smucker in former Republican strongholds like Lititz Borough, Manheim Township and East Hempfield Township, and she slightly surpassed him in the area he formerly represented -- the 13th State Senate District, which covers Lancaster city and southern Lancaster County.

That has given Democrats renewed hope that they could possibly unseat Republican State Sen. Scott Martin, who currently represents the 13th district. County Commissioner Craig Lehman and Lancaster city council member Janet Diaz are vying for the Democratic nomination. The GOP's current voter-registration edge there is less than 7 points: 45% to 38%.

But Kirk Radanovic, chair of the Republican Committee of Lancaster County, said in a statement that elections are won by candidates and issues, "not by statistical trends." (Story continues below ad.)

"When a party listens to voters' concerns and finds solutions in line with party principles, its candidates win," he said. "Our workers know local issues and recommend candidates who are right for their community. For decades, we have done this well, and that is why the majority of Lancaster County residents remain registered Republicans."

Since 2000, the number of Republicans voters in the county has increased by less than 2,500, while Democrats gained nearly 42,000. Democrats now represent more of the county electorate than ever before, and Republicans less.

Scroll over a column to see what percent of the electorate each party made up that year. Story continues below.

Democrats have taken notice of these trends. In 2020, the party is fielding candidates in nine of 12 local races for the state Legislature.

“We’re putting up Democrats in places we never thought we would 10 years ago,” Diane Topakian, chair of the Lancaster County Democratic Committee, said. “The (data) that speaks most loudly to me is looking at the growth in Democratic registration in the past 20 years, when the Republicans have basically stayed the same.”

Areas where Democrats have been picking up wins have become better educated, less white, less male and more foreign-born over the past 20 years, data show, and at a faster rate than in the solid Republican strongholds of the county.

Voters with more formal education tend to lean left, Kopko said, as do non-white and foreign-born voters, according to Pew Research Center.

"My sense is that this trend is probably going to continue in the future," Kopko said, pointing to areas surrounding the city, as well as Lititz and the Route 501 corridor.

The Lancaster County Planning Commission expects another 100,000 new residents in the next 20 years, with much of that growth expected in the same areas already shifting blue.

"You saw what happened in the Philadelphia suburbs," said Franklin & Marshall College political scientist Terry Madonna, referring to Democratic wins in 2018 contests in the four-county suburban Philadelphia region. "So basically, (that's) what is going on here, in a smaller way.

"It certainly is the case, and I'll go this far, that Lancaster County is becoming more competitive."

Low-key Memorial Day weekend, but one with hope on the horizon [editorial]

1990 — Democrat P. Michael Sturla captures the city's seat in the state Legislature following the retirement of Republican Marvin E. Miller Jr., who had held the post for 18 years.

2004 — Republicans' share of the Lancaster County electorate slips below 60%.

2009 — Democrats win majority on suburban Lancaster Township Board of Supervisors.

2017 — Democrats sweep six open seats on the Manheim Township School board, turning a 7-2 GOP edge to a 6-3 Democratic majority.

2019 — Democrats win two open seats on the Manheim Township Board of Commissioners, giving the party a 4-1 majority as it takes over leadership of the county's largest suburb for the first time.

Friday's COVID-19 updates: Pa. up to almost 5K deaths, Lancaster County has over 275

Primary election: Get ready to cast your vote during a pandemic

Most Pennsylvanians will get their first chance to vote since the COVID-19 outbreak began sweeping across the state. In Lancaster County, tens…

This year, voting will look a little different.

Republican advantage continues to shrink in Lancaster County, down from 2016 Presidential Election

Two weeks ago, Lancaster Republicans were celebrating that they had added 5,000 voters to their registration lead over Democrats in the county…

Lancaster County conservatives ponder what it means to be Republican, direction of the party in post-Trump era

If you ask local Republican committeeman Terry Christopher about the Jan. 6 attack on the U.S. Capitol, he’ll point out that American history …