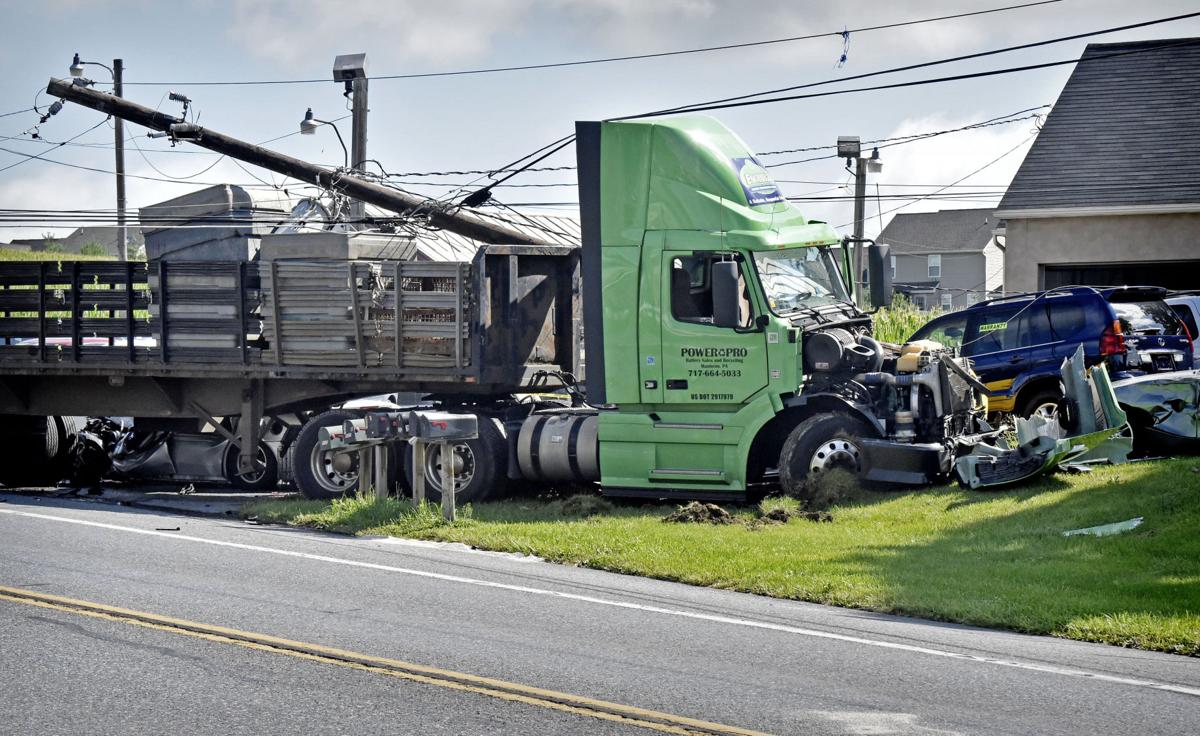 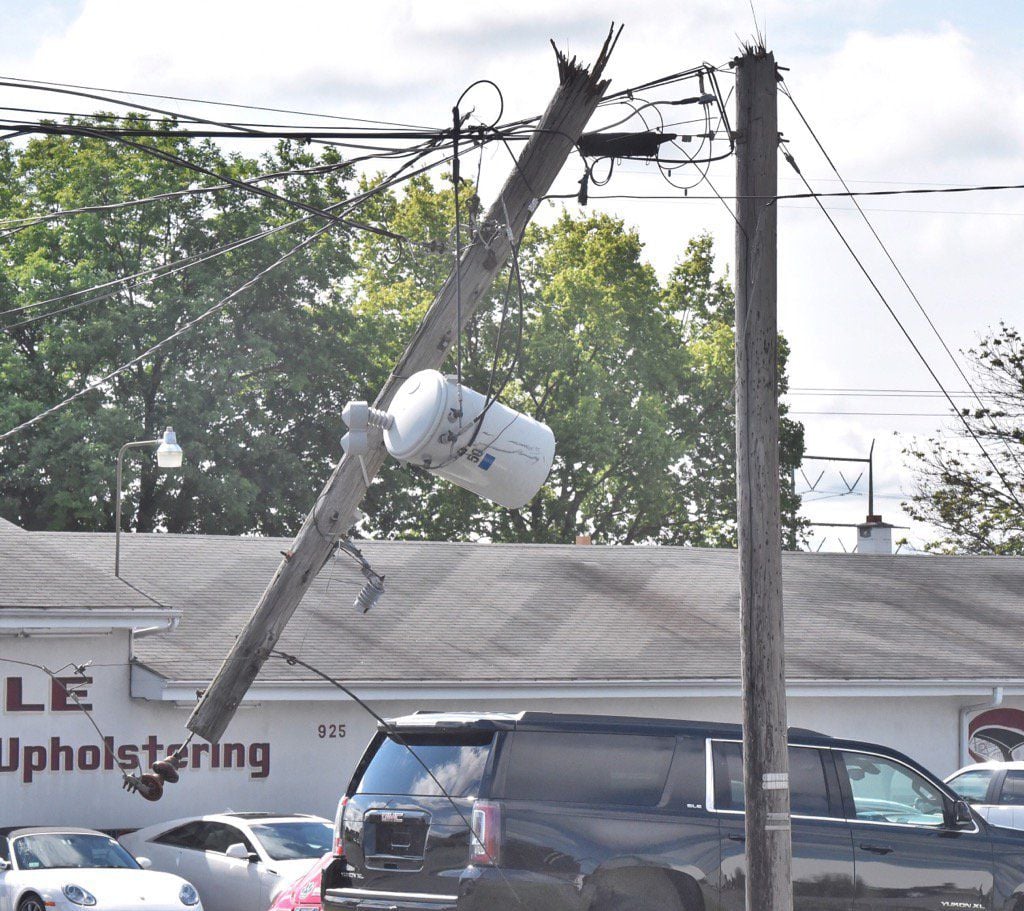 A pole snapped when a car and tractor trailer collided Monday morning on Route 72, south of Manheim.

A pole snapped when a car and tractor trailer collided Monday morning on Route 72, south of Manheim.

A 27-year-old mother was killed and her two toddlers were rescued Monday morning when her car and a tractor-trailer collided on Route 72, just south of Manheim, police said.

Rescuers pulled her toddlers, ages 18 months and 3 years, from the back seat of the silver, four-door sedan, which came to rest partly under the rear tires of the trailer, a witness said.

The crash happened about 9:15 a.m. across from Morgan Automotive, 850 Lancaster Road, Penn Township.

According to a GoFundMe page established by Irizarry's sister Rosa Binner, Irizarry's daughter, Vitani, remained in serious but stable condition Tuesday while her son, Zacharias, suffered minor cuts and bruises. As of Tuesday night, 54 people had donated $4,410.

Irizarry had recently moved to the Manheim area from Lancaster city, Pappas said.

The driver of the tractor trailer, 47-year-old Carlos Rodriguez of Lancaster, was taken to the Heart of Lancaster and was not reported to have any serious injuries, according to authorities.

Late Monday afternoon, police said a preliminary investigation indicated that the truck was traveling south on Route 72 and the sedan was traveling north when the car crossed the center line. Police said the cause of the crash has not been determined and the investigation is ongoing. The incident is being investigated by members of the Lancaster County Crash Team and assisted by members of the Lancaster County Coroner's Office.

Police closed Route 72 between Bucknoll and Sun Hill roads. Several electrical poles were broken, and power lines were down.

Fifteen PPL customers were out of power, according to the PPL Outage Center. Crews were dispatched, and repairs were expected to be completed by 9 p.m.

Anthony Cressler, 38, a Morgan Automotive worker, said he heard a crash, went outside and helped extract the toddlers from the car.

Cressler, of Maytown, said the female driver was in her seat and did not appear to be alive.

He said the two children were strapped in car seats in the back seat. He said the first child he helped to get out was crying and bleeding from a head cut.

The second child did not appear to be conscious, had a faint pulse and was bleeding from the head and mouth, Cressler said.

"And then the baby gasped for air," he said.

Cressler said the truck driver reached through the car's broken rear window to help push the second child toward the door and get the child out.

He said the truck driver was distraught.

"He was saying she just pulled in front of him, and there was nothing he could do," Cressler said.

He said a woman who he thinks was an off-duty emergency medical technician tended to the children before ambulances arrived.

Cressler said he was shaken by what happened.

"It’s hard because I keep seeing that lady's face and keep thinking of the kids and thinking of my own kids," he said.

Mother killed in Manheim-area crash 'did everything for her kids,' sister says

A 27-year-old mother had finished her third-shift job, picked up her two children from the baby sitter and was headed home when she was killed…