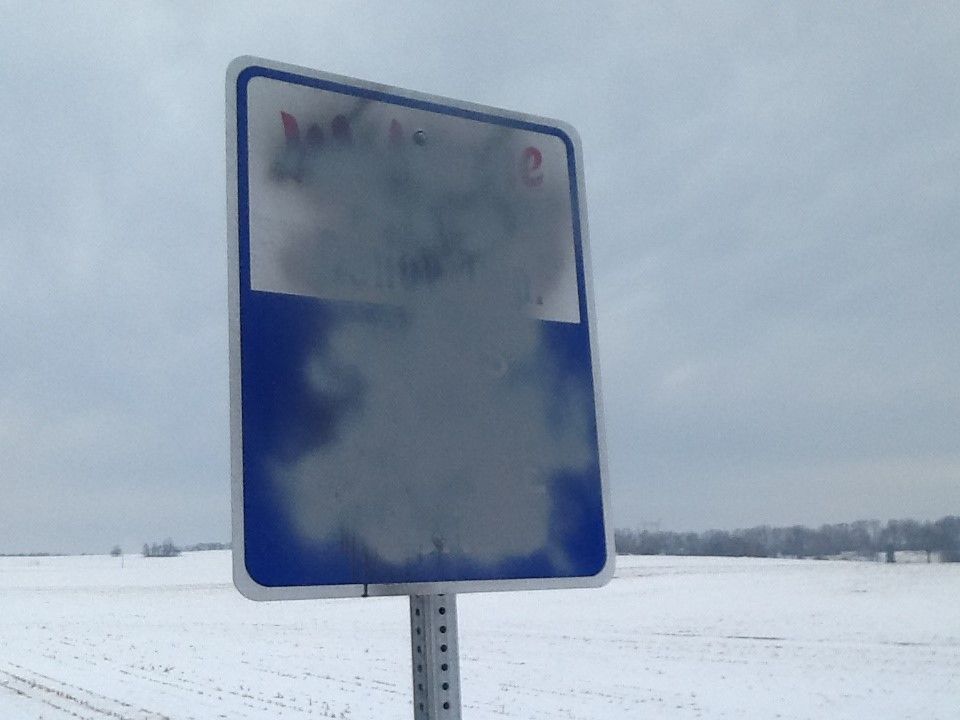 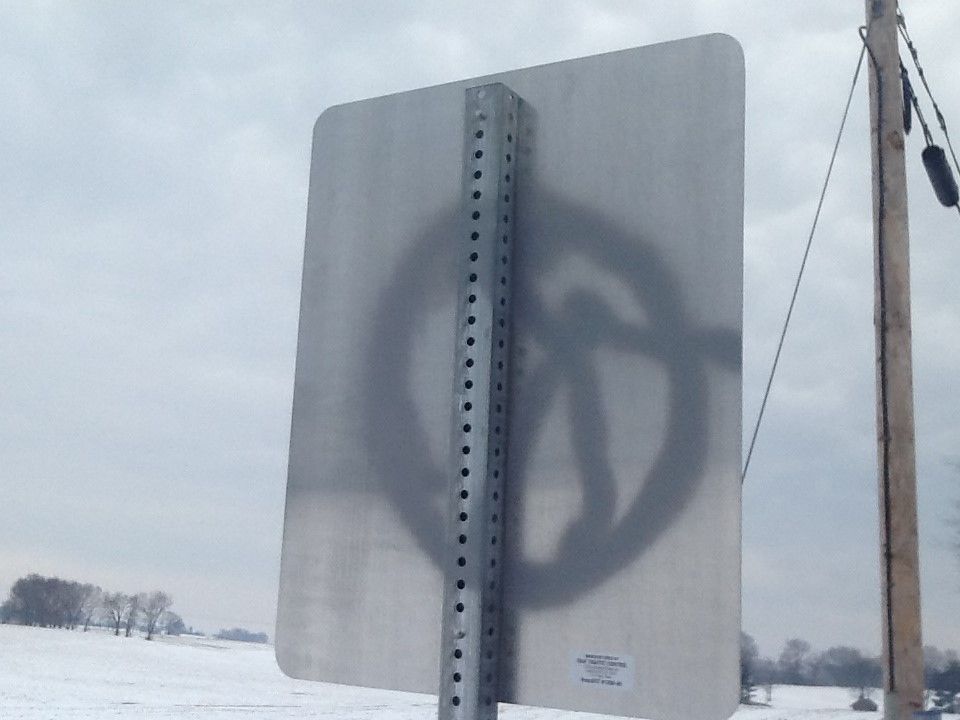 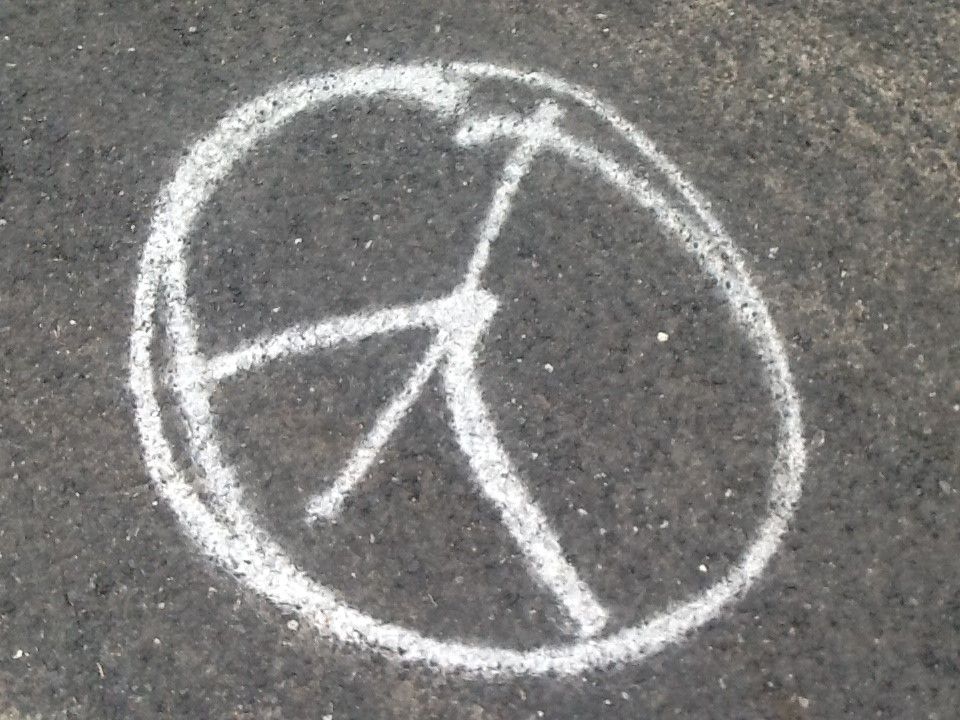 After new pro-gun signs were vandalized in Conoy Township, leaders hope to sell similar ones to benefit local nonprofits.

The township erected 12 red, white and blue signs saying “Welcome to Conoy Twp. THIS IS NOT A GUN FREE ZONE” along roads Feb. 4 and 5.

Someone spraypainted four of them overnight Feb. 5. News of the vandalism spread fast. A story even ran in the Daily Mail newspaper in England.

Now, the township is fielding  requests from people who want to buy similar signs. Phone calls and emails have come in from elsewhere in Pennsylvania and California, Texas, Florida, Mississippi, Ohio, Idaho, Kentucky, and other states, township supervisor Stephen L. Mohr said. Requests for signs have come from pro-gun and 2nd Amendment organizations, too.

He expects the township will buy new signs from a private company and then resell them. Campaign-like yard signs and window stickers are also being planned. No prices or quantities have been determined.

New signs could include wording like “We Support Conoy Twp, Pa."

“They want one in front of their house on the street,” Mohr said of prospective buyers. “I think some want to stick one in their man cave.”

The signs are not copyrighted, Mohr said, but the supervisors have an attorney looking into doing just that.

Mohr was not overly concerned about people making their own copies of the sign until the "official" language is copyright protected.

"Most people want the authentic sign that is coming from us," he said.

Supervisors haven’t voted to approve the new business venture, but Mohr expects they will at some point. They are considering donating all profits from sales to Bainbridge Fire Department and the Conoy Township Summer Playground Program. The program, offered by the township’s Parks and Recreation department, provides events for about 150 children every summer.

Mohr, 64, is a lifetime member of the National Rifle Association and chairman of the Unified Sportsmen of Pennsylvania, the largest sportsmen organization in the state.

He expected vandals to target the signs after media reported about them. One sign had paint over the word “NOT.” Paint covered the entire message on a few of the signs. Peace signs were also spraypainted on or near some of the signs.

“That tells me their grandparents were at Woodstock,” Mohr said of the vandals. “They are probably from the left wing, liberal-thinking and against guns.”

The vandalized signs “have been cleaned up and look as good as new,” Mohr said. A township road crew member cleaned two of the signs and township resident Tonya Guringo cleaned the other two.

“I saw a post on Facebook they were vandalized and it made me mad,” Guringo said. The mother of three sprang to action.

Despite it being dark outside and below 20 degrees, she used a rag and cleaning liquid to remove spraypaint from a sign on Bainbridge Road and another along Route 441, across from Riverroad Produce & Garden Center,  1835 River Road, Marietta.

Two of the four targeted signs are within areas surveilled by video cameras, so the perpetrator may be identified. The township has turned over footage to the Susquehanna Regional police, who said they are investigating.

If the vandal or vandals are identified, the township likely won’t press charges, but could ask them to do community service at a township park, Mohr said.

The township wants to erect four more signs for a total of 16. Thirteen will be at all the points along roads where motorists enter the township. The other three are planned for boat landings. The signs together cost about $500.

Guringo would like to buy one of the new signs.

“We’re not going to tolerate nonsense like wannabe criminals coming into our township,” she said. “We have citizens who own guns and who will protect themselves if the situation would arise.”

Conoy Township supervisors meet Thursday at 7 p.m. at 211 Falmouth Road, Bainbridge. The signs may be discussed.

Some have criticized Conoy Township’s signs but Mohr believes most residents like them. He was happy to see the story of the signs ran in England.

“Those people are envious of us,” Mohr said. “They are not allowed to have firearms.”