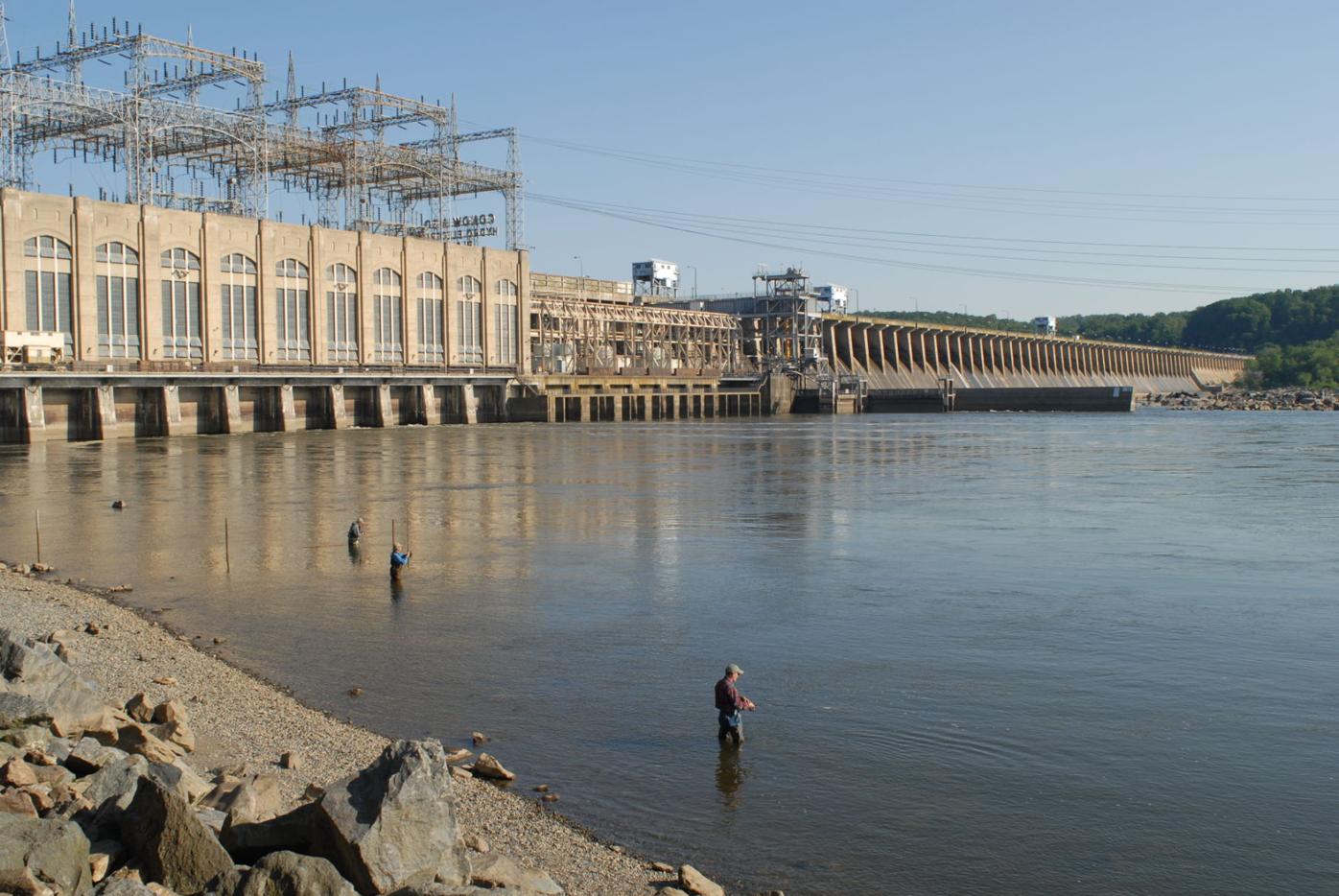 The Conowingo Dam on the Susquehanna River in Maryland. 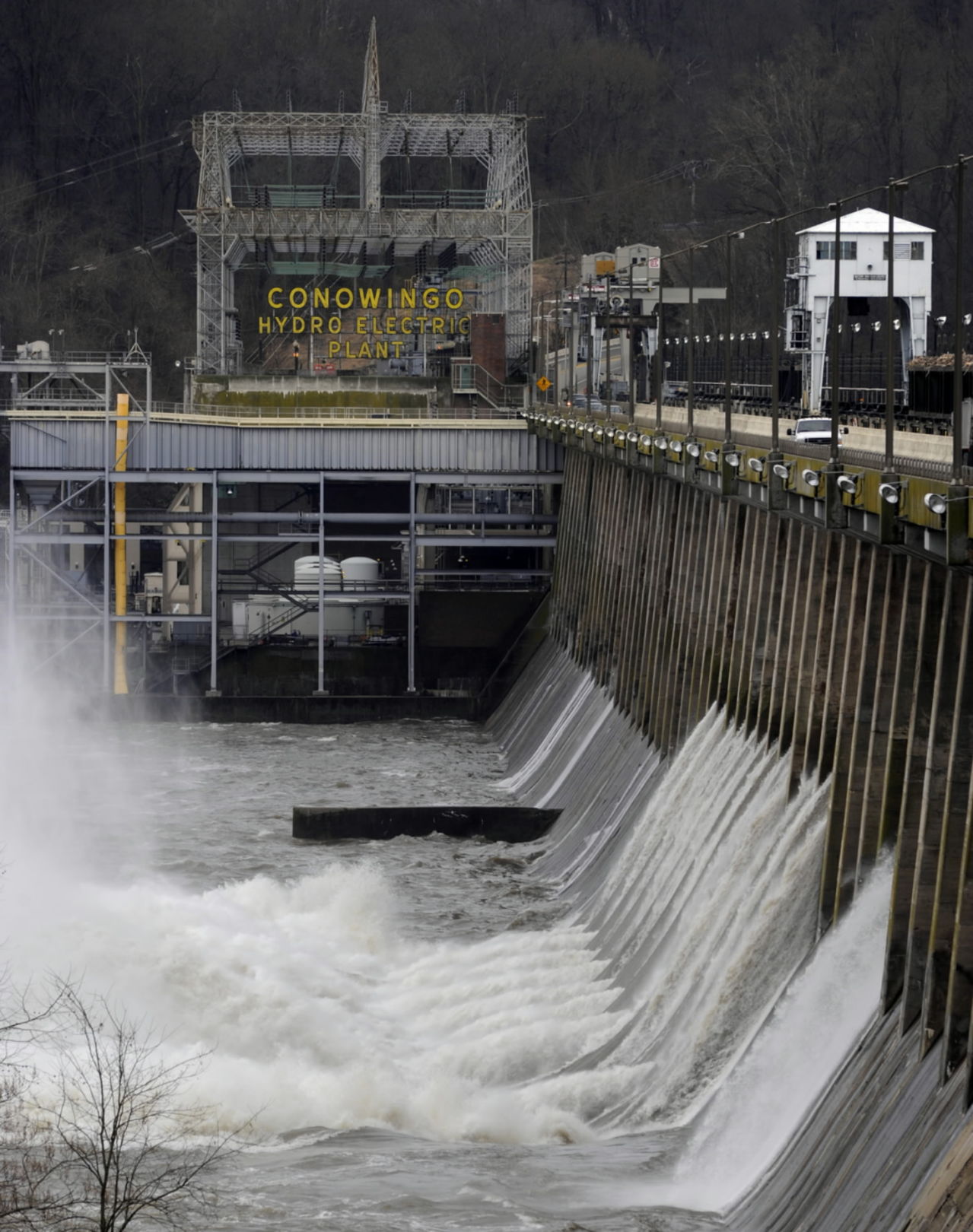 The Conowingo Dam is seen in March 2010.

Worried about mounting conservation mandates and their prohibitive costs, local stakeholders continue to raise concerns about the development of a plan to clean previously overlooked pollution piled up behind a Maryland dam.

The strategy, which is in its final planning stages, is likely to have an impact in Lancaster County, especially its farmland, which contributes pollutants to the downstream Conowingo Dam.

Now, officials in the county and across the state are concerned about the Conowingo project's costs, as well as its potential to draw resources away from other local clean-water efforts.

There are a couple of “potential pitfalls,” according to Allyson Gibson, coordinator at Lancaster Clean Water Partners, a countywide group of organizations working toward clean water.

“Either pitfall alone is of concern, but the possibility that they might amplify each other is also possible and problematic,” she said.

Gibson made those comments in a signed letter submitted to officials at the Chesapeake Bay Program, who are working on a plan to reduce pollution flowing from the dam into the bay — pollution that had not previously been accounted for.

For decades, the Conowingo, a hydroelectric dam, has stretched across a portion of the Susquehanna River in Maryland, where experts believed its walls served to trap pollutants — sediment and nutrients — from flowing into the bay.

However, they have since discovered that those pollutants are, in fact, making their way into the bay because they are piled so high behind the dam that anytime there is a significant storm they are sent spilling over.

Crux of the problem

It's a problem because nutrients like nitrogen and phosphorus, carried from both urban and agricultural land by stormwater into upstream waterways, can contribute to oxygen-poor dead zones when they reach the bay, choking out wildlife.

The problem must be fixed, according to federal regulators, and that fix must include the Conowingo Dam, according to their mandate.

So working on behalf of the Chesapeake Bay Program, officials at the Maryland-based Center for Watershed Protection released a 145-page draft plan, mostly aiming to reduce 6 million pounds of nitrogen.

The strategy will require support from throughout the bay’s 64,000-square-mile watershed, which includes upstream Pennsylvania and Lancaster County, planners have said.

And that’s where Gibson’s pitfalls come into play, according to her letter, which was submitted during a recently closed period of public comment on the draft plan.

Throughout the county, as well as the entire watershed, separately mandated pollution-reduction efforts are already underway.

Just in Lancaster County, 11.46 million pounds of nitrogen needs to be removed by 2025. However, a countywide plan only aims to reduce 9.19 million pounds — 80% of the goal.

That’s true because of two factors: too few available sites to make improvements, as well as a lack of money to cover millions of dollars in related costs.

“We don't readily see where else we would go to get more improvements on our farms or in our urban/suburban areas,” Gibson said in November, and later continuing: “The fact is, Lancaster County efforts to clean up its streams remain woefully underfunded.”

Much of the same was repeated in Lancaster Clean Water Partner’s comment letter to planners, which included a warning that increased cleanup demands could undermine county-specific efforts if both funding and project space is “siphoned” away to satisfy the new Conowingo mandate.

“If we don’t work together, we might end up competing for the same opportunities,” the letter reads.

And there is little doubt that planners expect much of that Conowingo work to take place within Pennsylvania, which has been publicly criticized for not doing enough toward bay cleanup.

Actually, the draft Conowingo plan holds Pennsylvania responsible for reducing about 95 percent of the nitrogen load, most of that expected to come from improvements within the farming community.

Lancaster County, with all of its agricultural land, is the state’s largest contributor of that type of pollution.

Those numbers were included in comments submitted by officials at the state departments of Environmental Protection, Agriculture and Conservation and Natural Resources, who also issued a letter to planners. It outlined concerns similar to the ones from Lancaster Clean Water Partners.

And a joint letter from the Pennsylvania Farm Bureau and several other related organizations did the same, noting that required work would come with an annual cost of tens of millions of dollars.

With that in mind, agriculture leaders have called for planners to revise their draft to include more detailed information about exactly what types of work will be needed to achieve goals and exactly how they will be paid for. In doing so, planners need to be “realistic,” bureau President Rick Ebert said in a statement.

“Pennsylvania farmers have been leaders in implementing conservation practices to reduce nutrient and sediment pollution,” he said. “We understand even more work is needed to respond to pollution entering the bay via the Conowingo Dam. But we are concerned that the … approach of putting that responsibility almost entirely on Pennsylvania, without clearly identifying how those goals can be reasonably achieved or financed, will jeopardize our ongoing and future efforts to improve water quality.”

Offering some insight, Ruth Ayn Hocker, the Center for Watershed Protection’s Pennsylvania director, pointed to a number of “best management practices” that could be implemented  to help reach the Conowingo's nitrogen-reduction goal.

She also noted a financing strategy being developed by officials at the Center for Global Sustainability, based at the University of Maryland, as part of the Chesapeake Bay Program's dam cleanup effort.

The 48-page document explicitly references some of the funding shortfalls included in stakeholder comments.

“The current fiscal challenges facing the bay states are very real and very daunting,” it reads. “As a result, the proposed financing system must address the difficult task of accomplishing offsetting additional pollutant loads with fewer financial resources.”

Equally explicit, within that financing strategy is a call for additional dollars to be earmarked for pollution reduction within government budgets.

“There appears to be consensus that the public sector is responsible for funding and supporting … restoration activities, but as of yet, there is no clear indication of exactly how that consensus will translate into action,” it reads. “The scale and impact of the financing process will be extremely limited without this commitment.”

Hocker said all comments made by stakeholders about the draft cleanup plan — about 440 — will be considered by planners.

“We will further review the comments with the steering committee and make adjustments based on their input,” she said.

That could help to guide the development of a final plan from that draft, which Hocker said is scheduled for a March review.

The goal is to begin implementing the plan in 2022, she said.

With the remarkable comeback of the bald eagle nationwide in the last couple of decades, few…

Bob Kutz had to raise his voice, yelling over construction noise as he walked across grassla…

Too busy enjoying the snow day to get your dose of LNP|LancasterOnline this past weekend? No problem, we got you covered.

Part of a Manheim Borough park that’s been closed to the public due to unsafe conditions could soon be the site of a new walking trail.

As Dellinger Run wends its way toward Chiques Creek, it stretches through 56 acres of farmland in Rapho Township, where owner Mark Heller enjo…

Tiny pieces of plastic are polluting some of Lancaster County’s most well-known waterways, where local researchers fear they could pose threat…

New lights above sewage outfalls in the Conestoga River have been installed to alert the public whenever raw, untreated waste overflows into t…